How to arrange objects around the center of a circle?

I would like to know how I could arrange 6 cloned cones around the center of a circle.

As you can see in the screenshot, it's very easy for me to arrange them in a circle using an Array modifier and an empty as the offset object that is in the center of the scene rotated 60°: 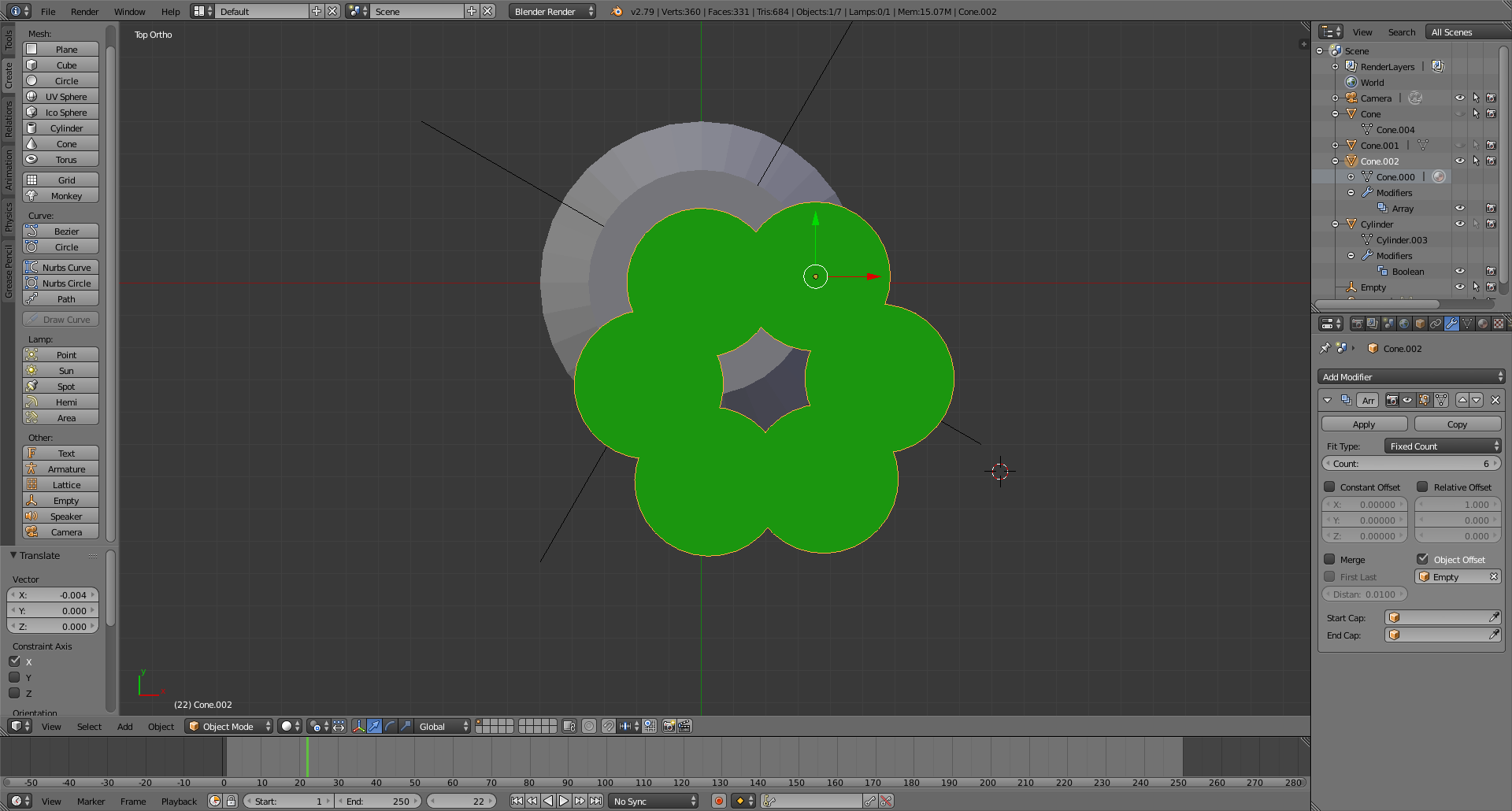 Note that the cone that sits in the center is a clone of a cone that's offset to the point where I actually want the circumference.

It would be also helpful if you gave me a hint how to translate the bunch of clones after they are cloned without changing their relative position. I can easily calculate where they should be.

You're most of the way there.

Now to change the radius of the circle of cones .. don't move the pivot point of the cone - move its mesh, by selecting all its vertices in Edit Mode, and moving them.

To move the circular array of cones without screwing them up, you have to maintain the relationship between the first element and the empty.

The easiest way to do this is: select the cone, then the empty, and hit CtrlP > 'Object' to make the empty the parent of the cone (array). Now when you move the empty, the circle of cones moves too. You can still screw the array my moving the cone, so to be safe, lock all its transforms with the little padlocks in the Transform panel of the N properties region on the right of the 3D view.