I'm trying to make an animation of a cross section being "pushed" into a scientific instrument. (I.e., first you will see the outside of the instrument, and then some of the material will start disappearing until it is a cross section.) However, since I imported many of the parts from STP files (by converting them to STL files and them importing them to Blender) the meshes all have way too many vertices and the difference boolean modifier that I use to take the cross section in painfully slow.

I cannot figure out how to simplify the meshes enough so that the boolean operation will be fast (it only takes a second with one, but I have many in the final animation and it becomes incredibly slow for Blender to recalculate the boolean modifier). So, I would like to try to build the parts in blender. I have been able to build most of them by hand, but I am stuck on this one: https://www.dropbox.com/sh/otbgk0dm3rld28k/AACOpmzAKQ9C6N63C4Di1fyFa/f0800x600nt.stl 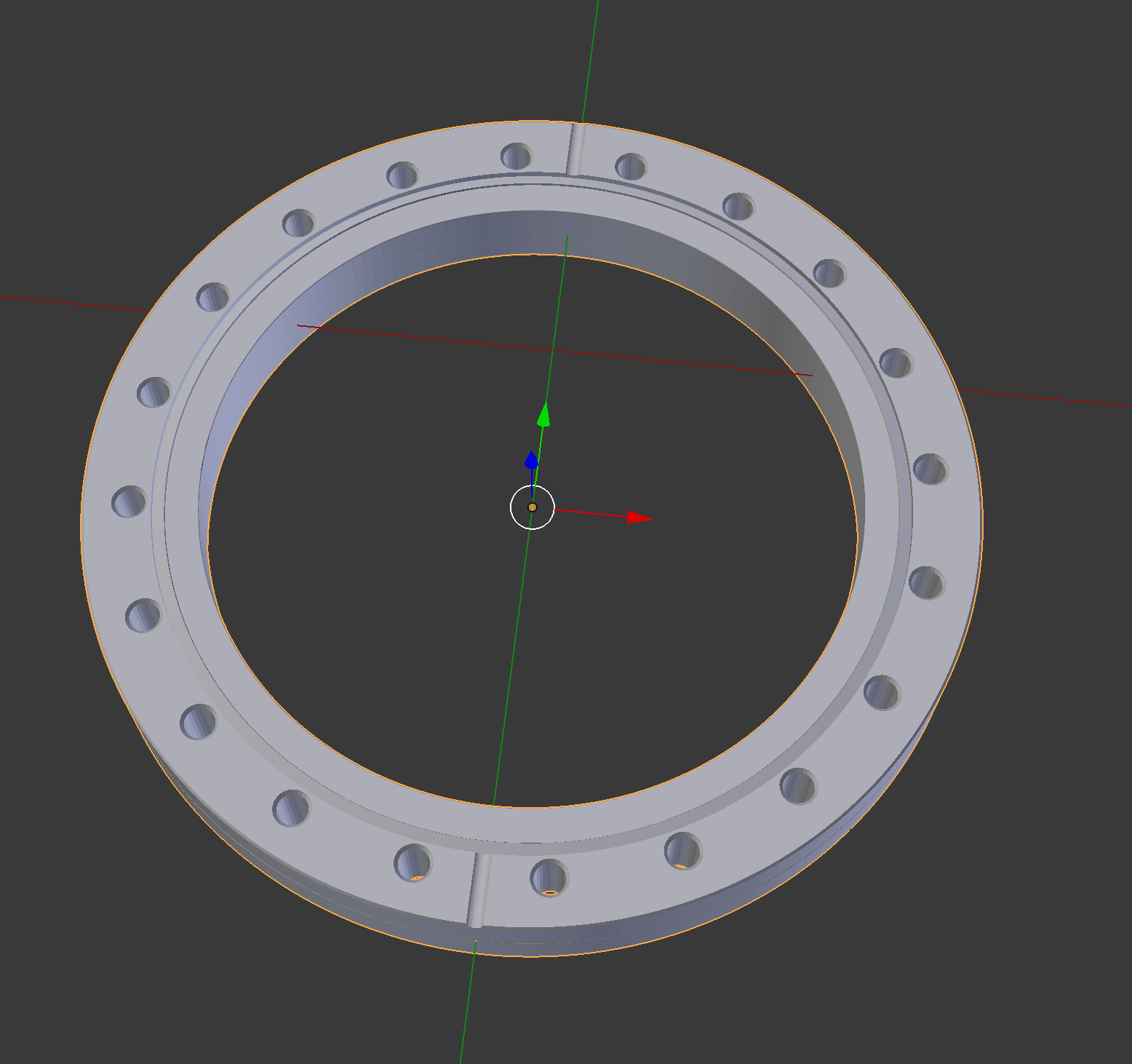 It is a flange on the vacuum chamber. I don't need to include all of the small ridges, but I would like to make a ring with many (20) small holes symmetrically distributed about the ring. How can I do this?

Alternatively, is there another way that I can take cross sections that is faster than the boolean operator? Or, is there a way to simplify the mesh from the STL files? I tried the suggestions listed here and they reduced the vertices only by ~50% before the mesh started to look terrible.

You could try the Decimate Modifier

This shows the reduced mesh from 27K to 2.7K faces: 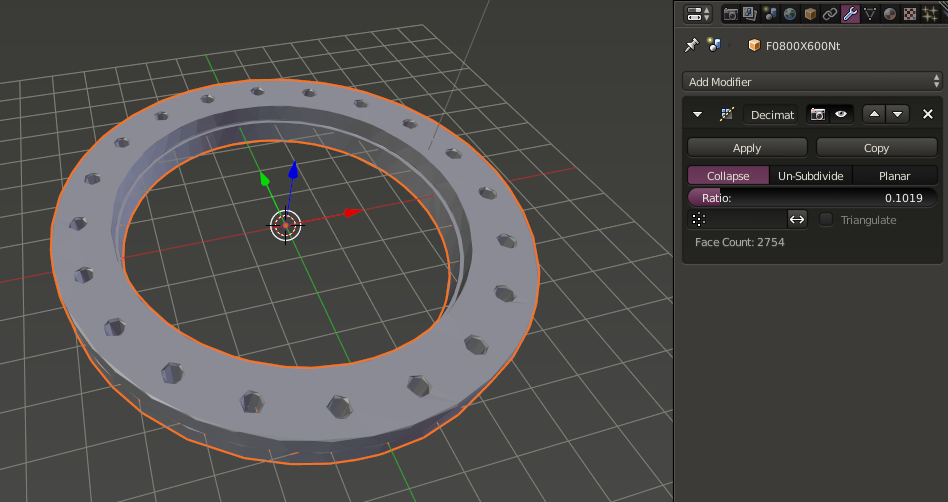 You could also switch to smooth shading with an edge split modifier to flatten the triangles on the outer ring.

3
Why does knife project cut only one hole into a disc?

15
How to cut holes in an object using another object?
6
Remove same modifier from many objects
0
How to cut out holes nicely, without applying subsurf modifier (in the correct topology order)
0
Novice - How cut littles holes symmetrically on a cube
0
Creating array of holes
3
Multiple holes in object by boolean