I import a mesh in Blender, export it with setting axis_forward='-Z', axis_up='Y', import in NVIDIA's FleX, rotate it and store it on disk; I call this mesh X. I also import the mesh in Blender and rotate it the same amount; I call this mesh Y. After I imported X in Blender (setting axis_forward='-Z', axis_up='Y') I realized that X has a different rotation which means that FleX is either using a different global axes (I think it's -Y forward and Z up) or it applies the rotations in a different order or a combination of both. So I am pretty confused now. I do not want to change anything on the FleX side. However, I want to rotate Y in a way that it matches with what FleX exports (X) after rotation. I also tried with Quaternions but I'm still unable to figure out the way FleX is transforming the object. The only thing that I've been able to figure out empirically is that the value for rx rotation is applied the same way for both FleX and Blender. This means that objects X and Y would overlap completely if imported in on scene in Blender.

My goal is to rotate the object in FleX so that object Y's rotation matches exactly with object X when I import X in Blender. For instance, I want FleX rotate the object the same way as Blender rotates it with the Euler rotation vector of [rx, ry, rz]. How can I achieve this?

Note that I am not changing the rotation order in Blender and I'm using the default XYZ rotation.

Here I are some images of the visual differences between FleX and Blender for such transformations:

After applying the rotation in Blender (object Y): 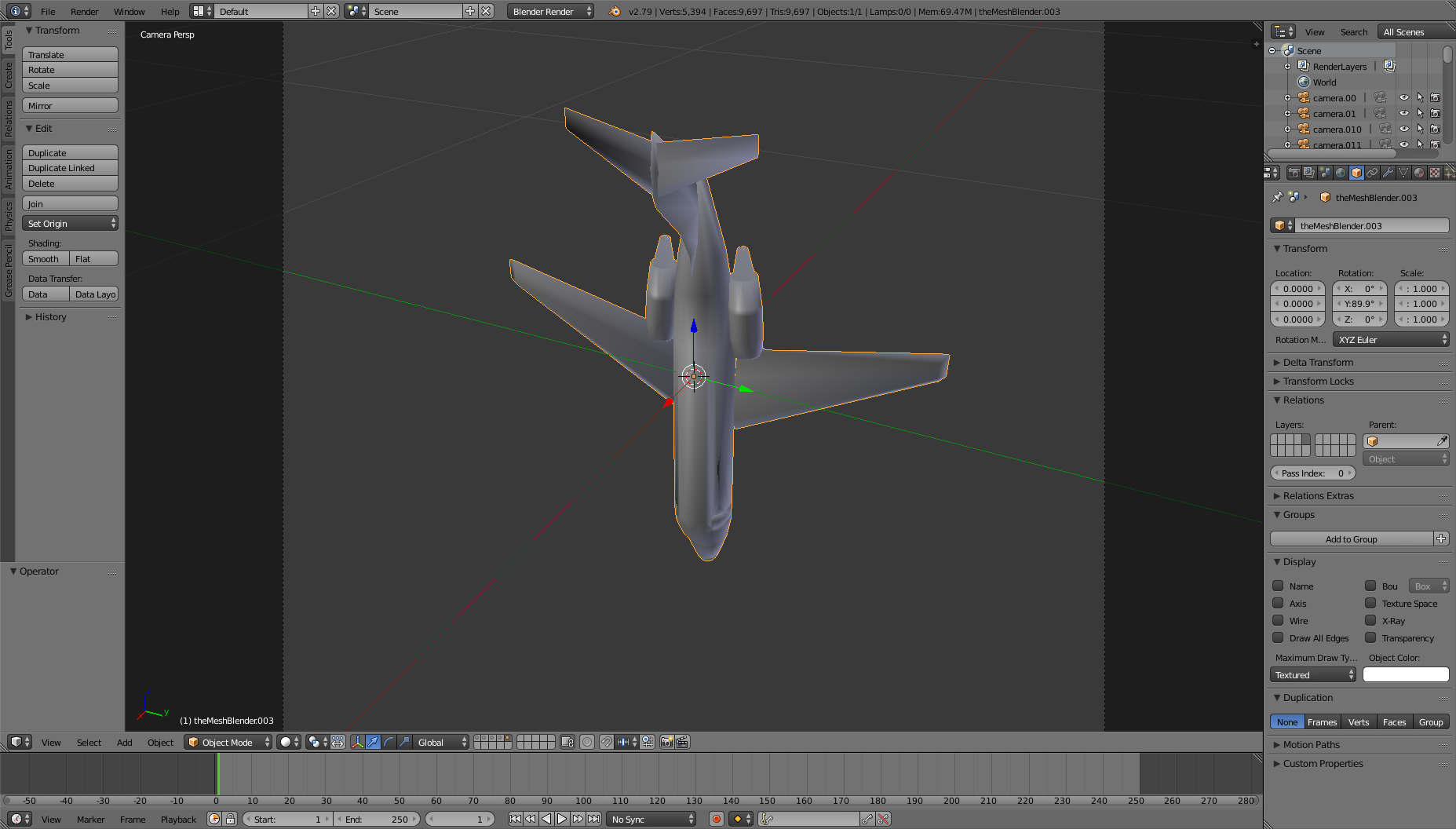 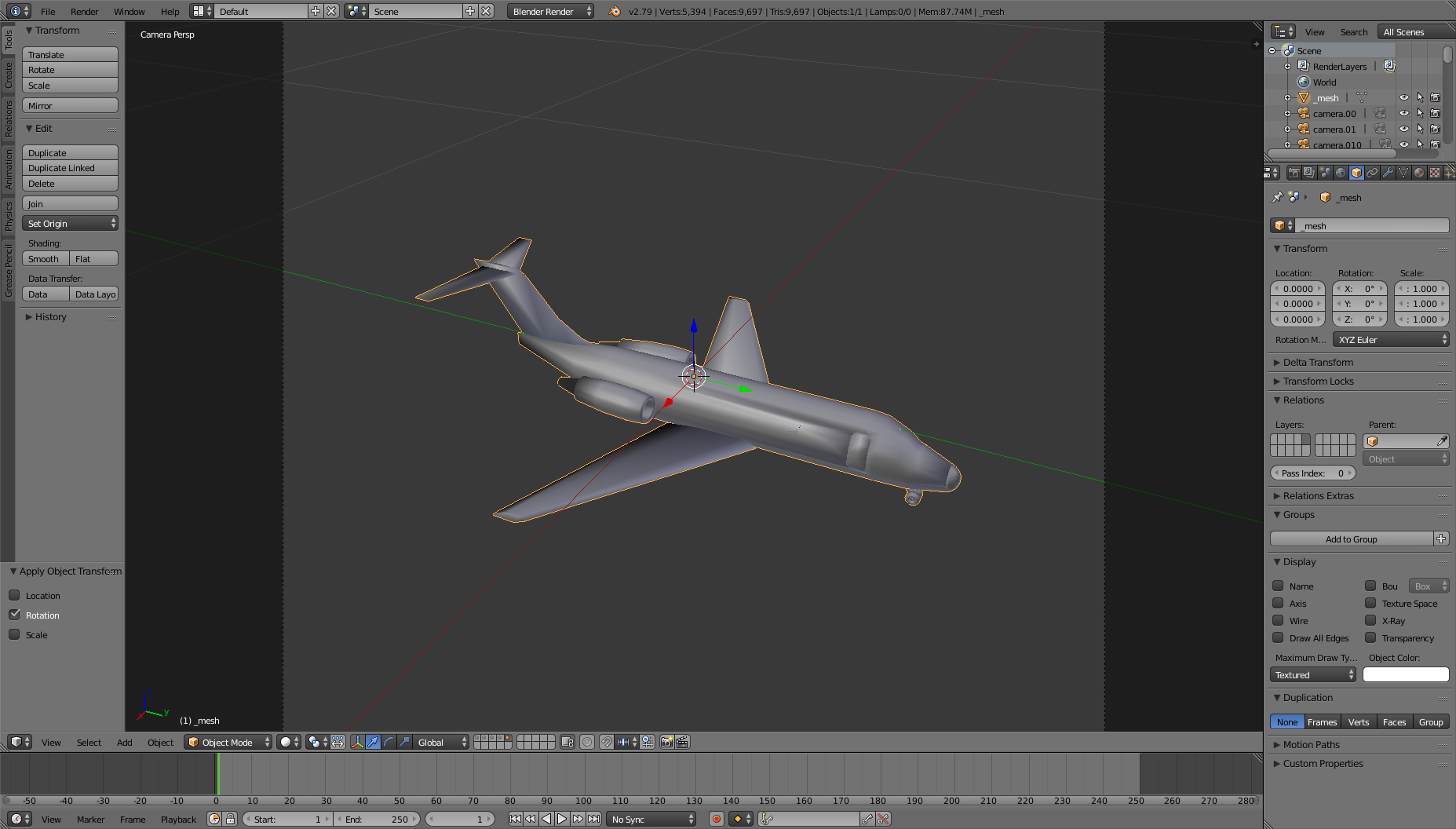 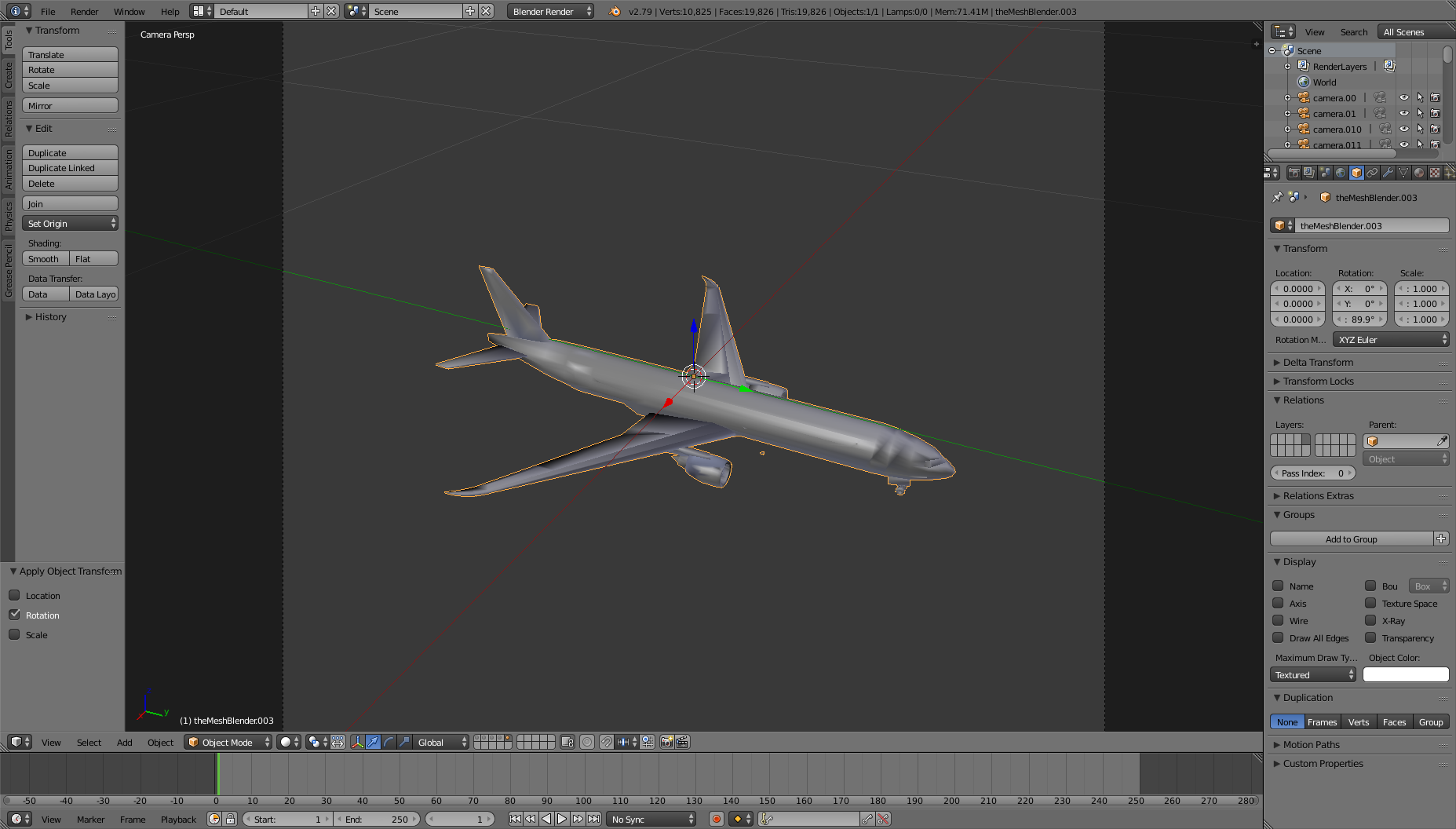 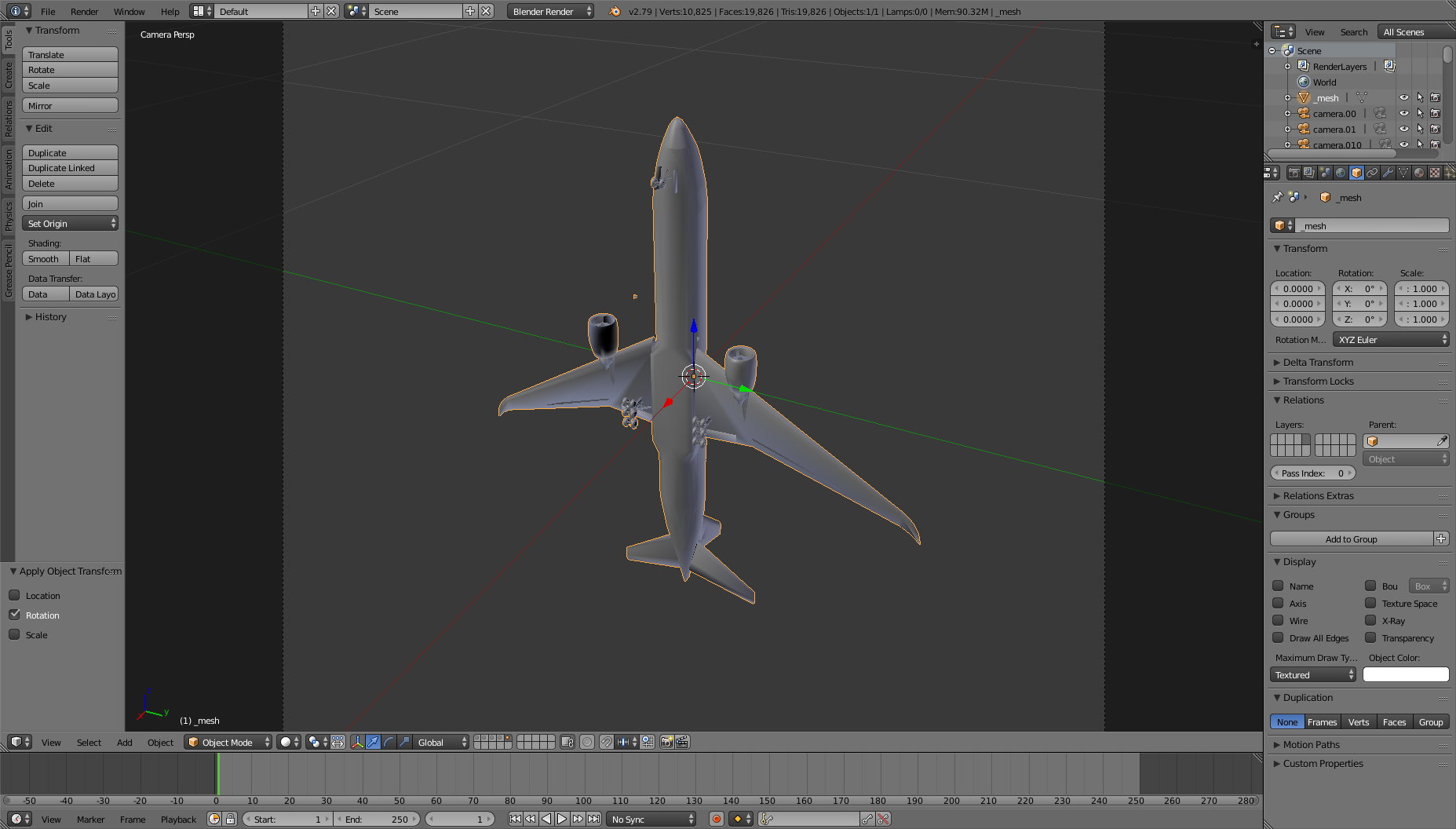 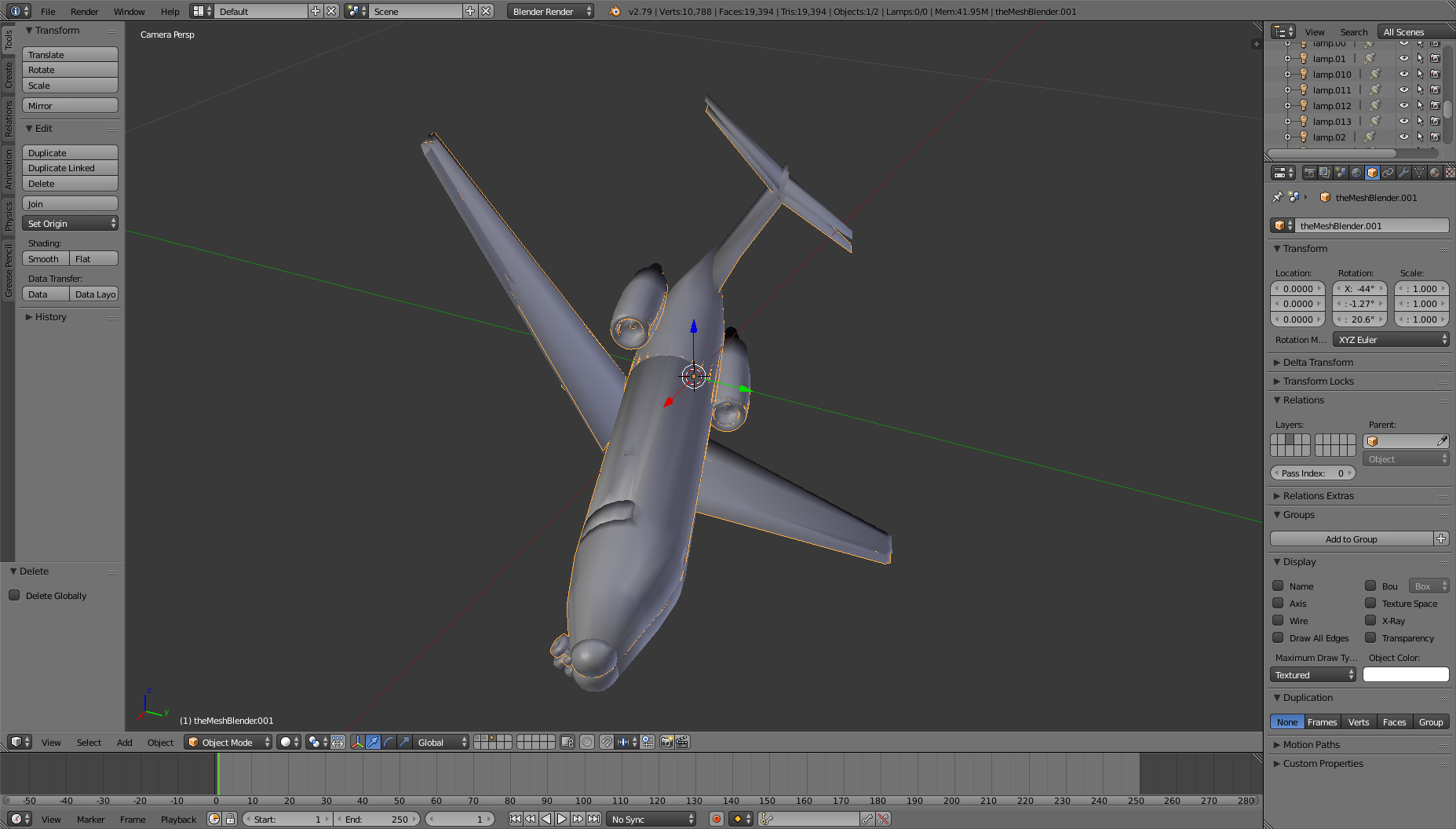 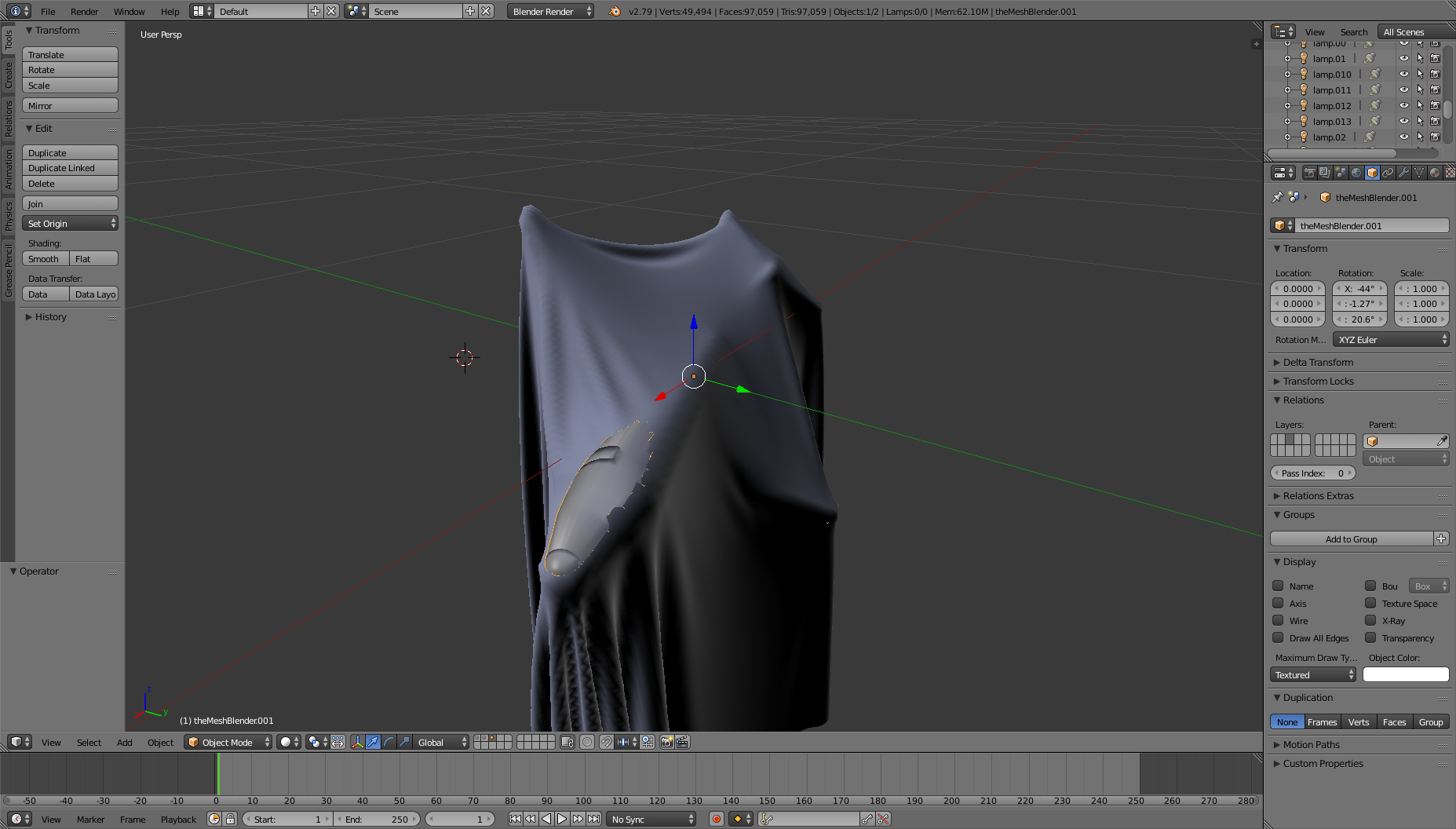 Note that if I import X here, the cloth would be perfectly covering it while touching it on the surface: 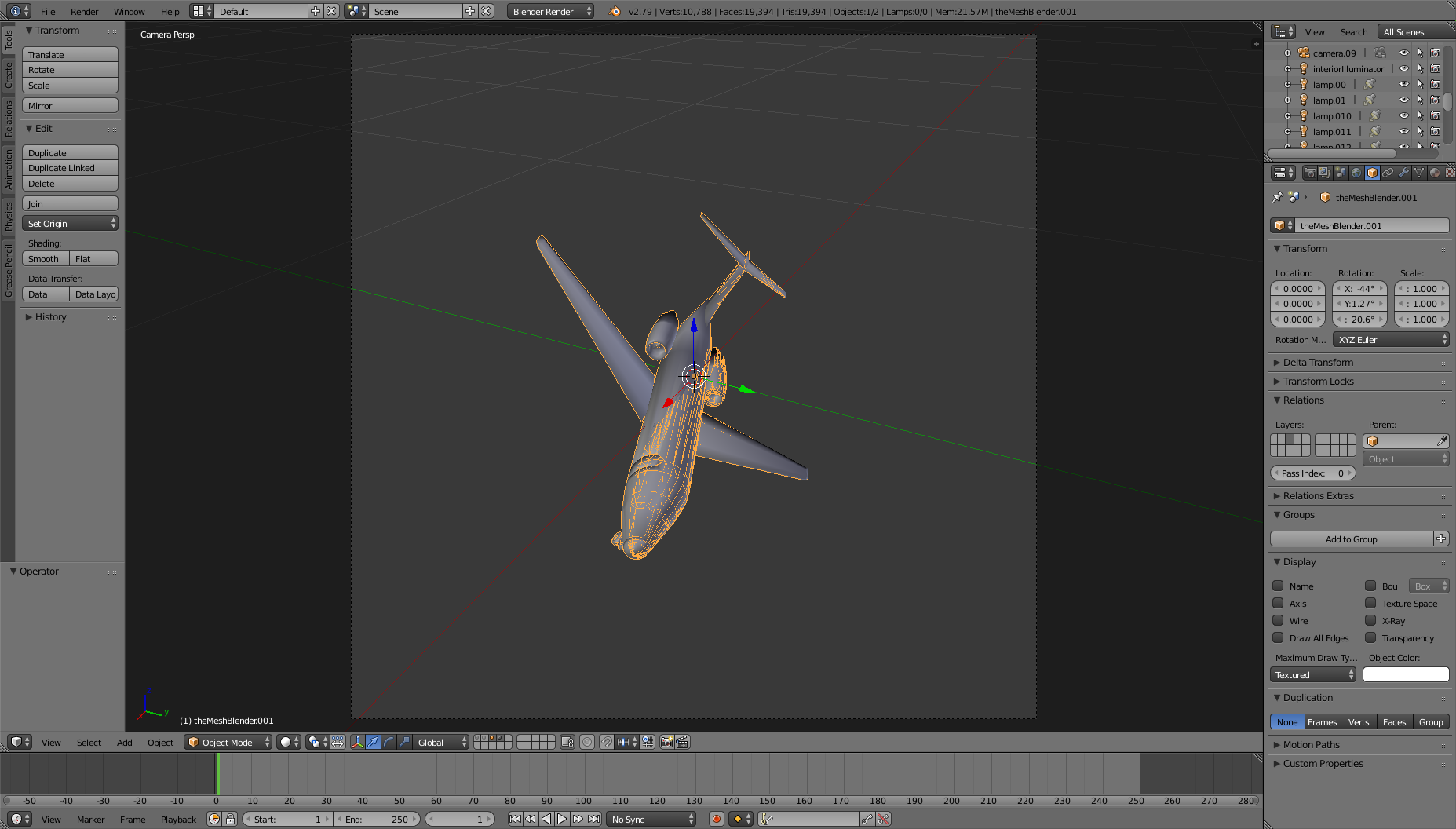 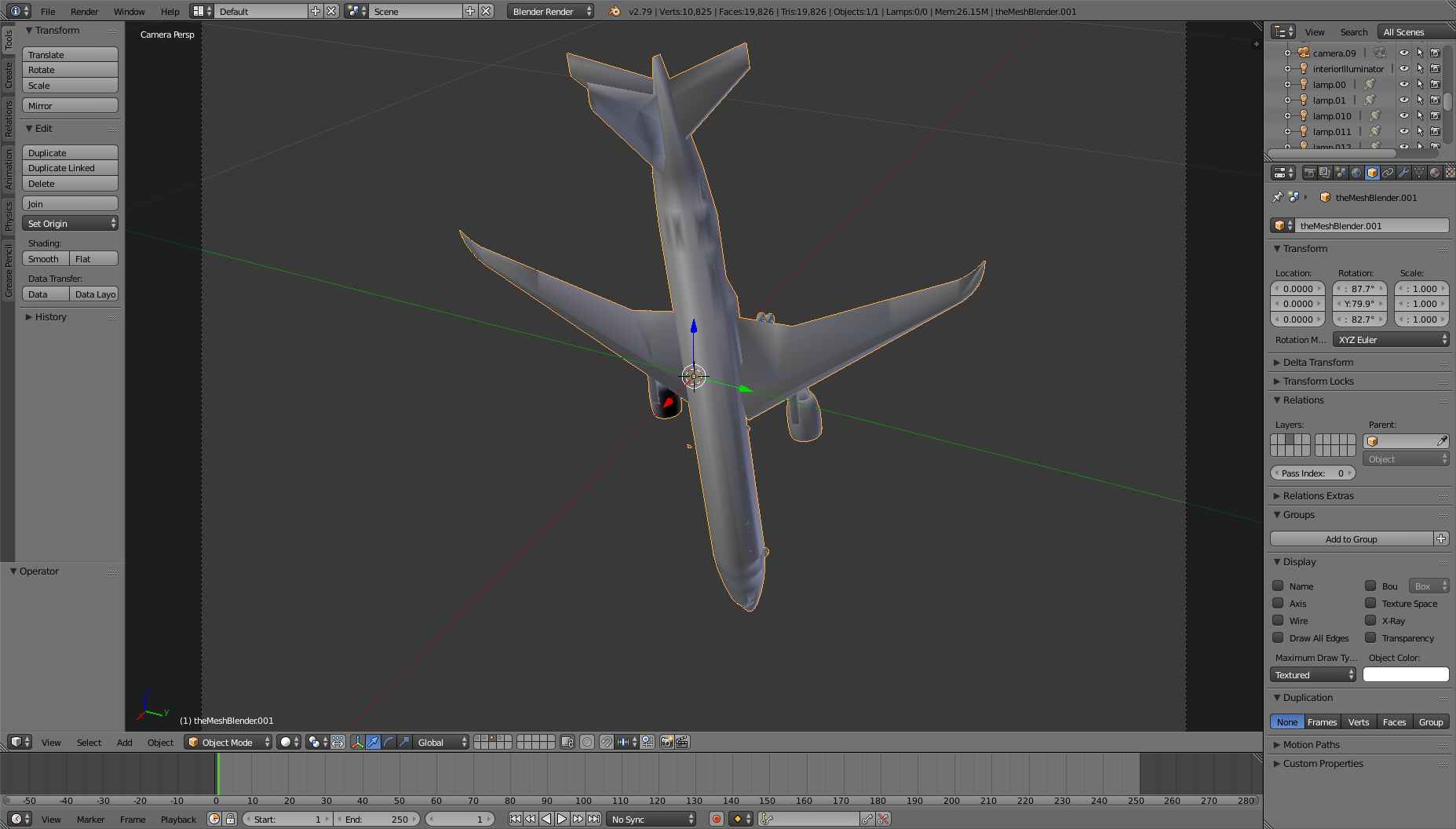 However, FleX is giving me the following (no swapping before passing the rotation vector to FleX): 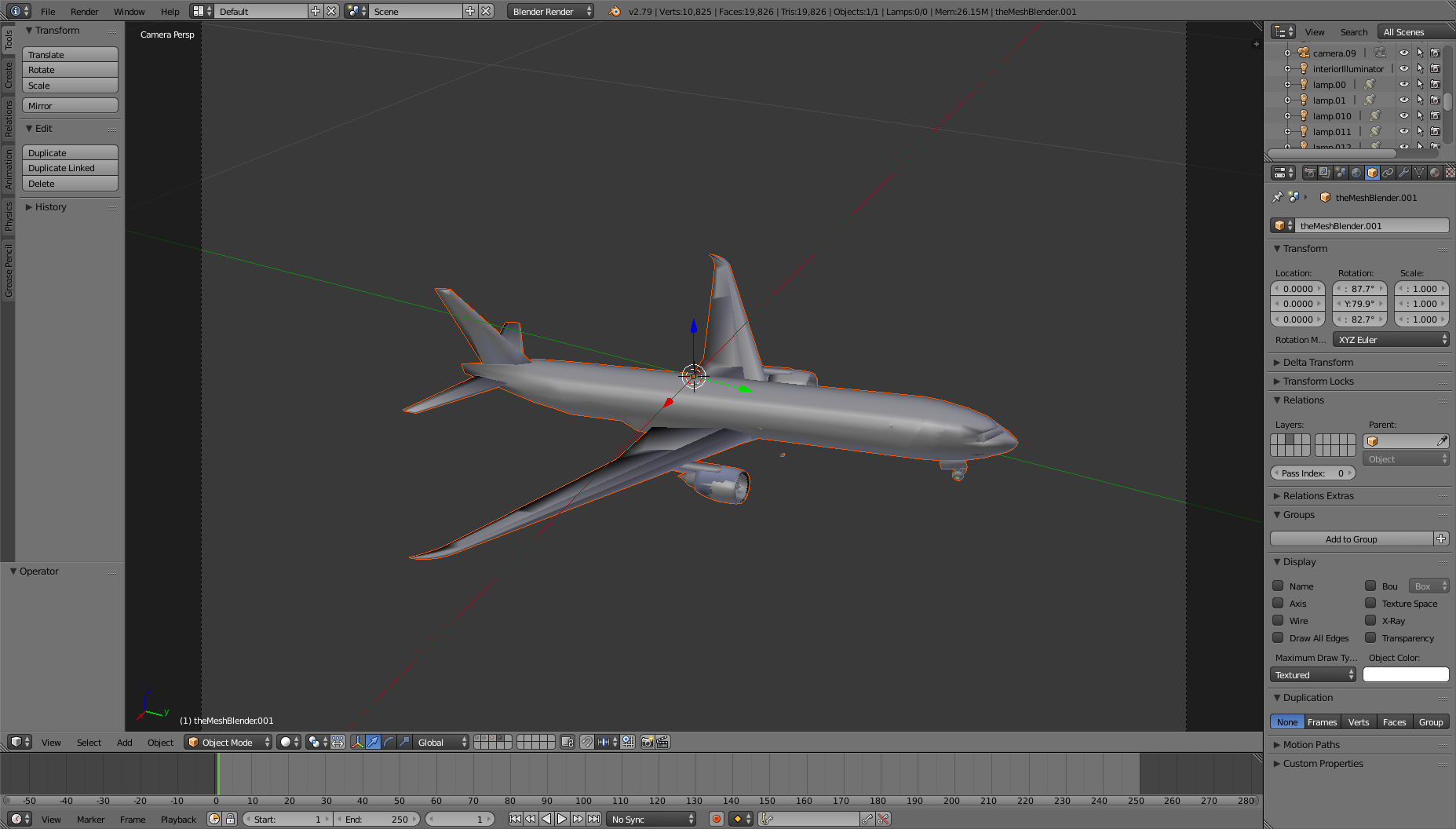 I was thinking maybe applying the rotation in order of (rx, -rz, ry) in Blender would give me the perfectly overlapping result that I got for the previous example, but instead I got very weird results for another as shown below. Note that I wanted to rotate the object by [87.68034, 79.94778, 82.697876]`: 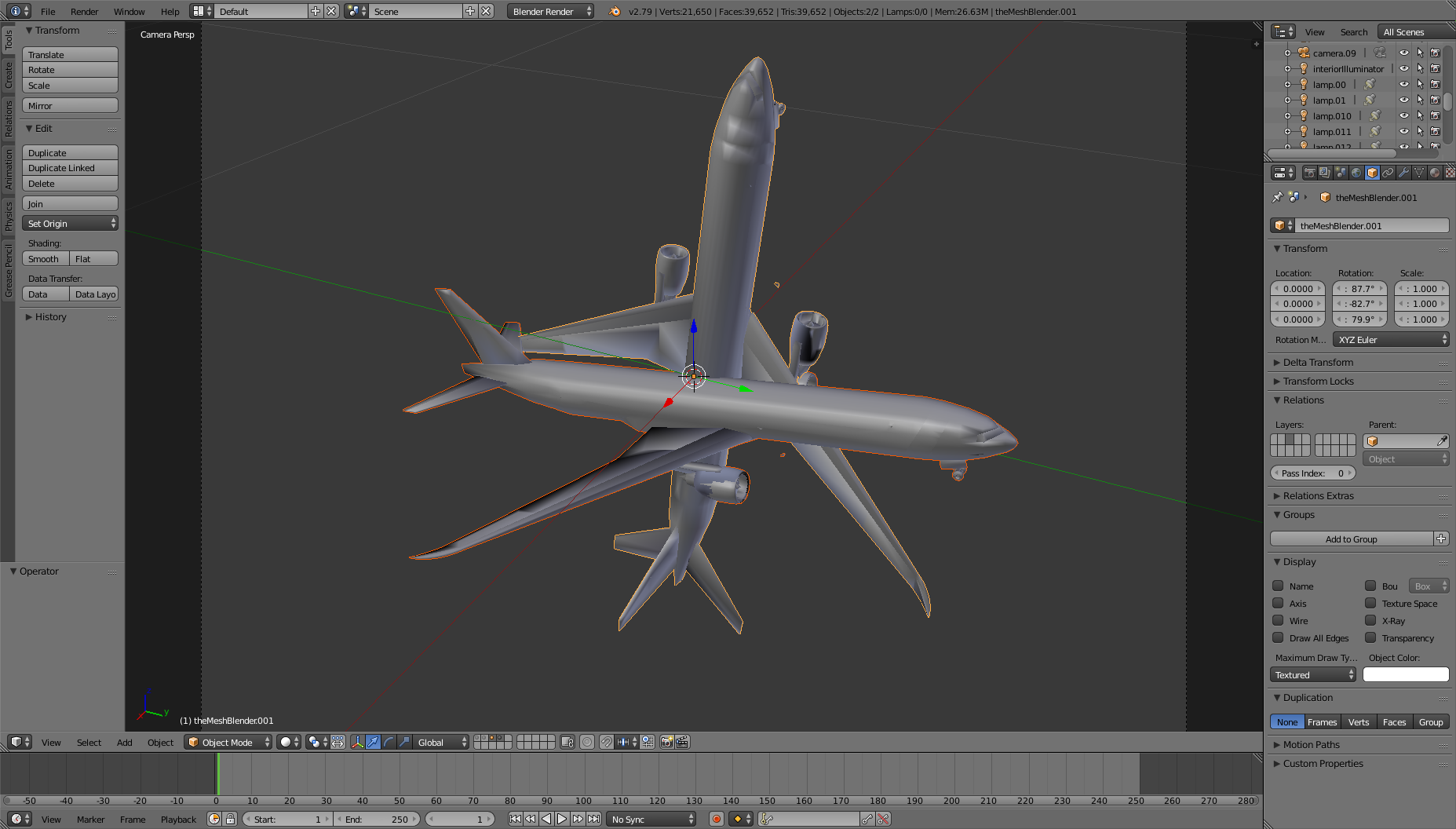 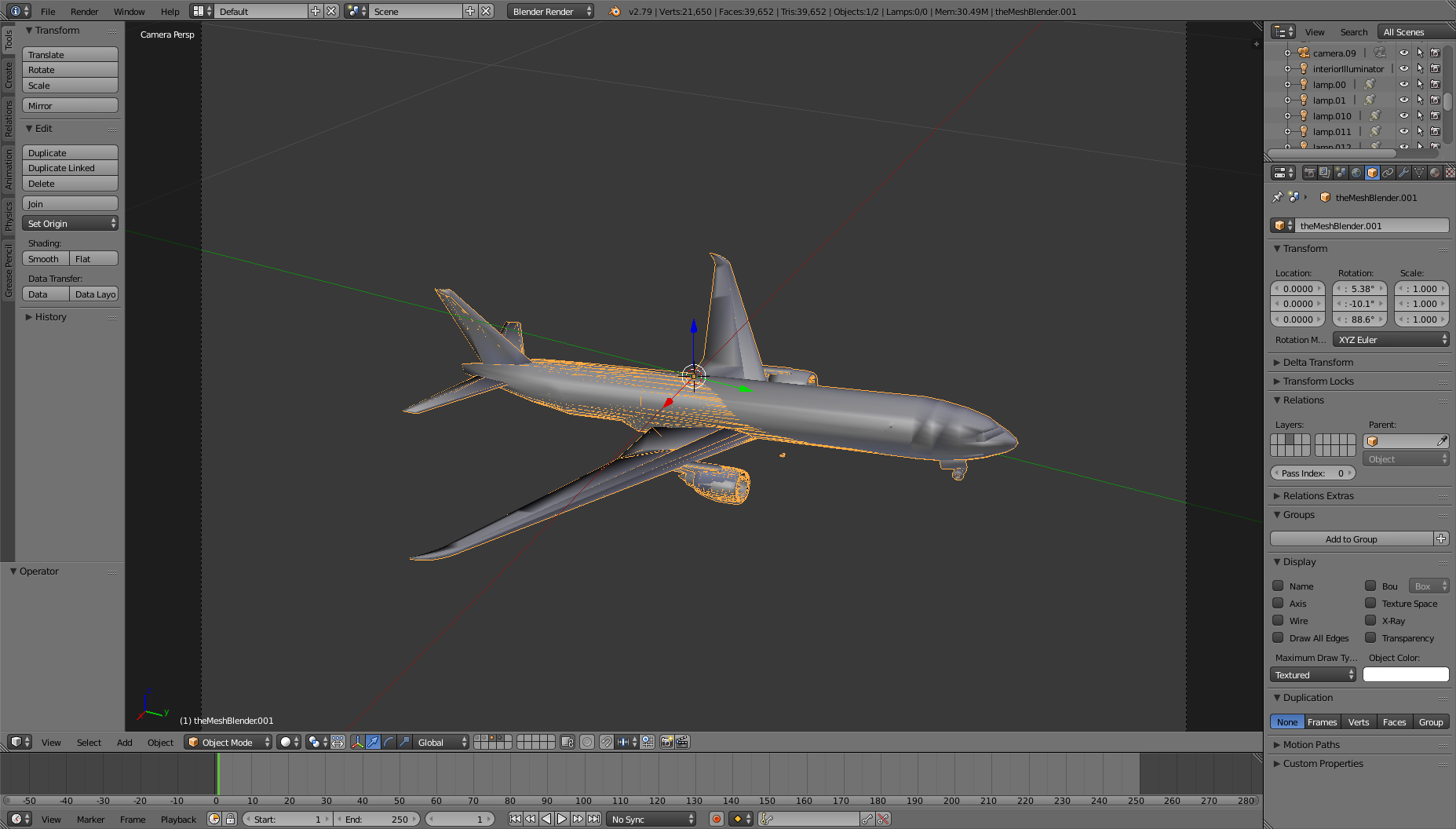 Although you might need more information to figure out exactly what's going out but below I post the code that is used in FleX to compute its rotation matrices. The top one is used when Euler angles are used and the second one is used when Quaternions are input:

And here's how I apply the Euler rotation vector:

And I think this should be how Transform() is defined:

usually left-handed coordinate systems use Y as up axis but in blender the Z axis is used for up axis. so you need a rotation for converting previous up axis to new up axis.

Your problem rises either because Flex's coordinate system is left-handed or its up axis is Y or X.

Not the answer you're looking for? Browse other questions tagged mesh transforms external-applications or ask your own question.

24
What's Wrong with Quaternion Rotation in the Game Engine?
7
Understanding 3D transforms and rotations
3
Bone rotation behaves differently to object rotation
4
How can I use fractions with hotkeys for translation/rotation/scale?
1
Rotate by a given relative quarternion