Reducing the number of faces on a basic text mesh

I want to create a text animation in blender. I'm trying to reduce the number of faces in my mesh. I'm having a lot of trouble adding faces to certain letters after I have gotten rid of some of the edges. For example, when I try to fill the letter "A" the entire letter including the negative space is filled. I've tried ripping and separating the match but I haven't had much success. I'm trying to mimic a YouTube tutorial but I'll never get to the end if I can't get the mesh straight.

I've included a screenshot of my project and a link to the video. My knowledge of edges vertices and faces or lack thereof is probably was giving me trouble.

I appreciate any assistance that you can give me 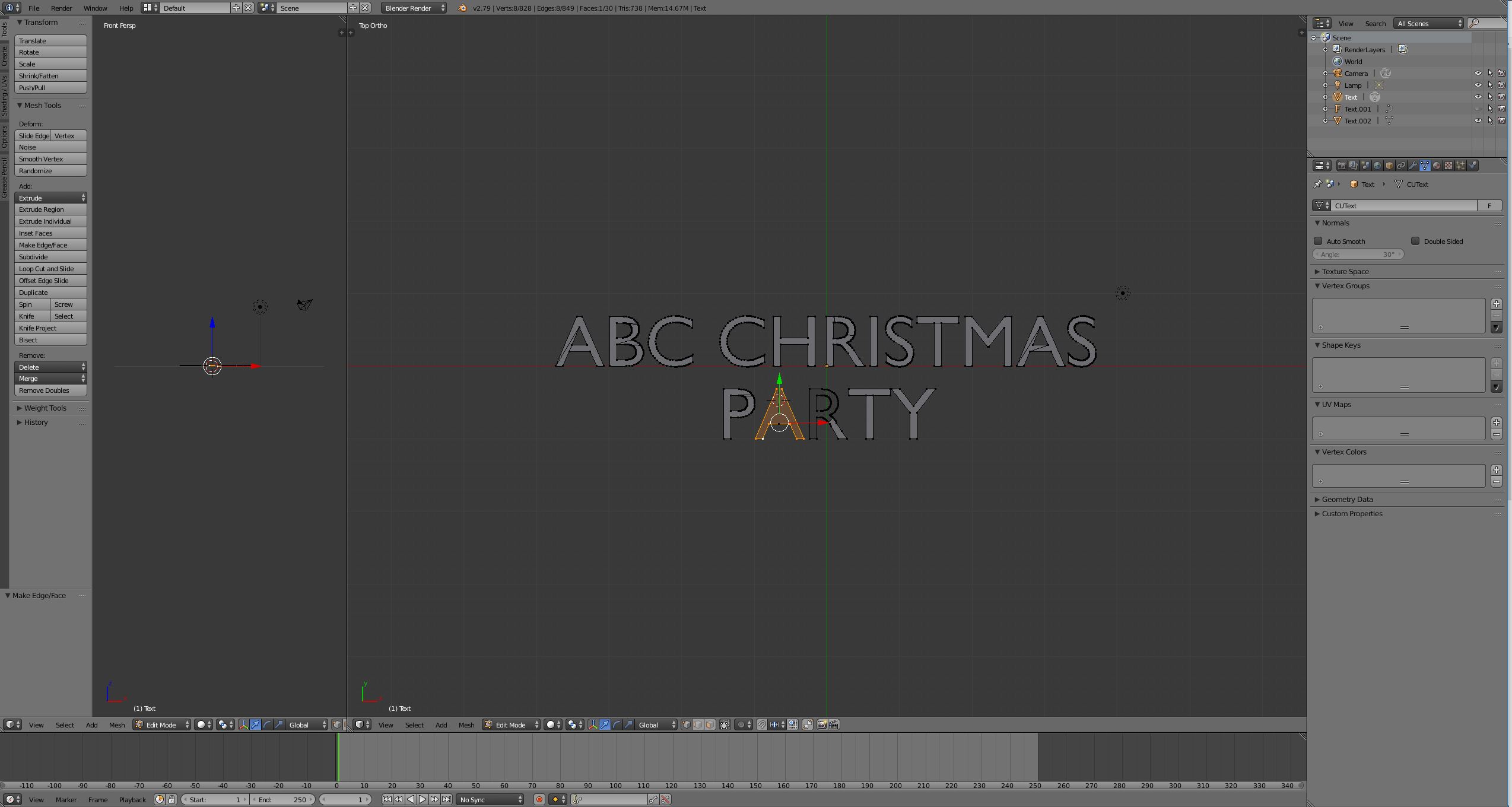 The problem is that if you try to delete too many edges on this kind of shape with a hole, Blender won't be able to understand what he's supposed to fill and what is supposed to be a hole. So keep the necessary edges. For example here are a try with an O with two different topologies:

Not the answer you're looking for? Browse other questions tagged mesh faces edges or ask your own question.

6
Cannot rip multiple disconnected vertices
0
Model/Mesh Fractures
4
How to reduce the number of faces for selected parts of a mesh?
0
When filling a gap with a new face edges do not seem to subdivide correctly
0
Unintentional edge and face selection
0
Connecting faces that are out of alignment
3
Change a mesh to a specific number of faces