How to make all faces flip to the right/consistent direction?

What's happening is that I have tried to flip the normals, inside and out, but there are always faces which have to be flipped! 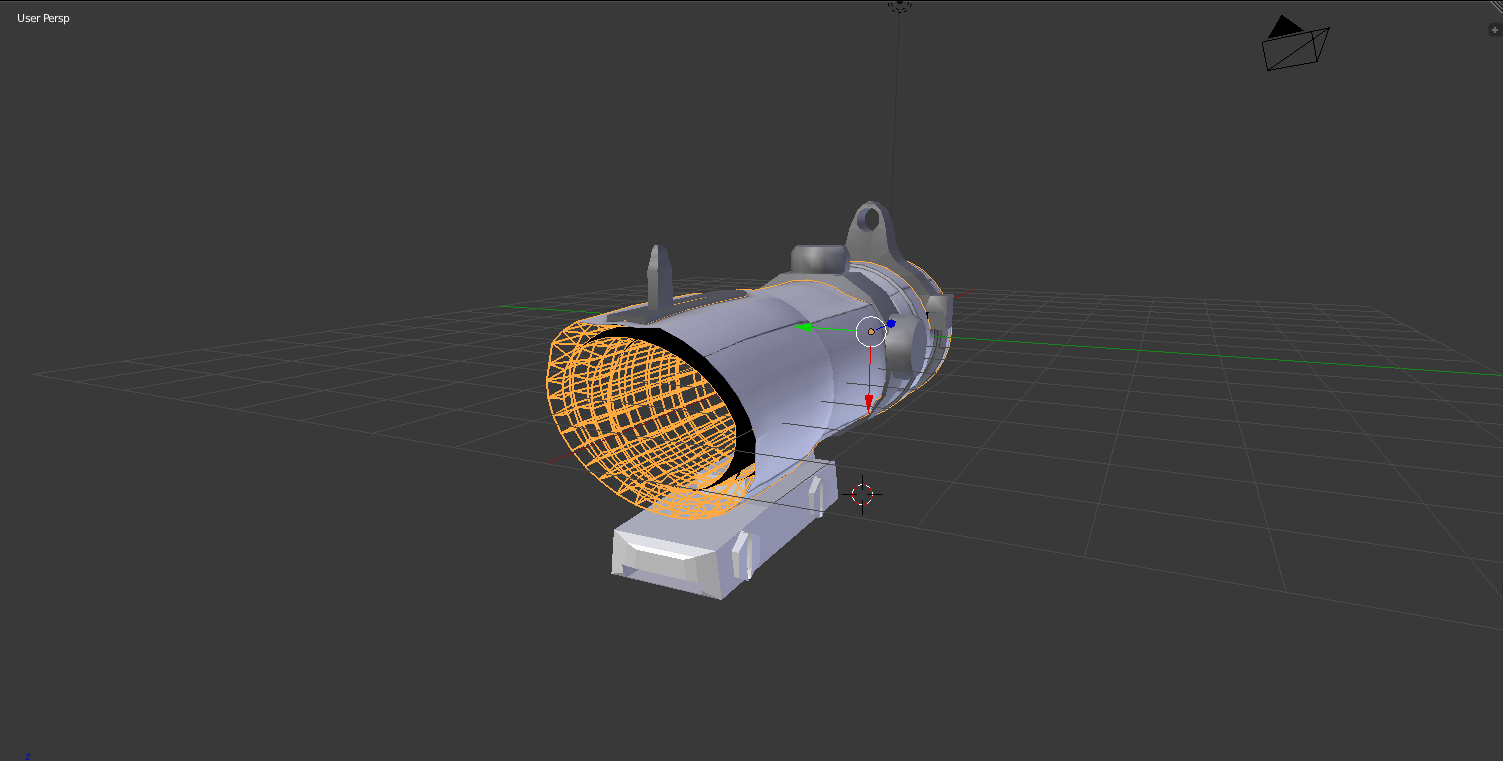 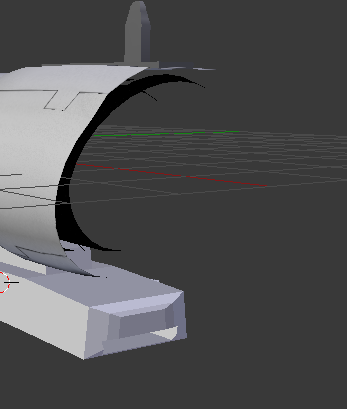 If I flip them again, all faces get flipped and end up horrible and, not working at all. So how can I make all of the faces flip to the right direction?

TL;DR: Select all and press ShiftN to Recalculate Normals (CtrlN in 2.7x and earlier).

I think this is problem you are having: some of the normals are always facing the wrong direction.

Whilst in Edit Mode, with the whole mesh selected, Recalculate the normals. That should fix the problem.
If recalculating the normals does not fix it, then you will have to go through your mesh and select only the faces that are backwards then flip normals.

I think you want the inside of the scope to point towards the inside. That is a case where Recalculate will probably not work. If the inside cylinder is unconnected from the rest of the mesh, then just hover the mouse over the inner cilinder and press L.

You can use "make normals consistent" 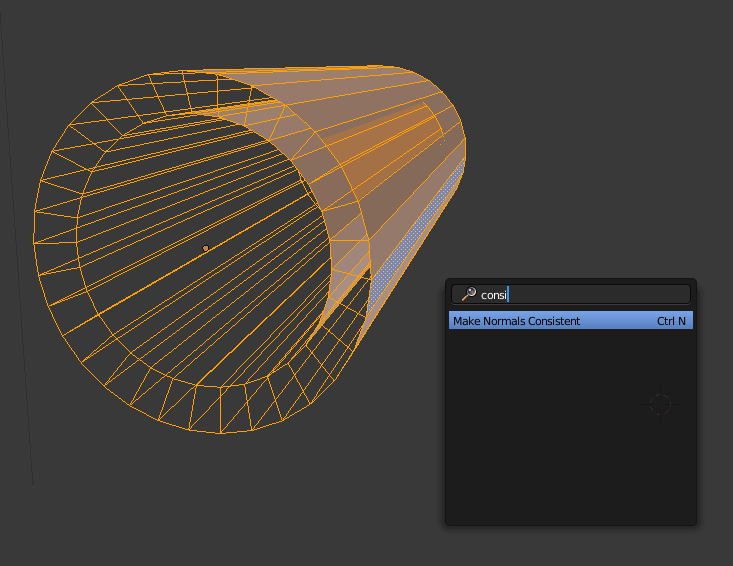 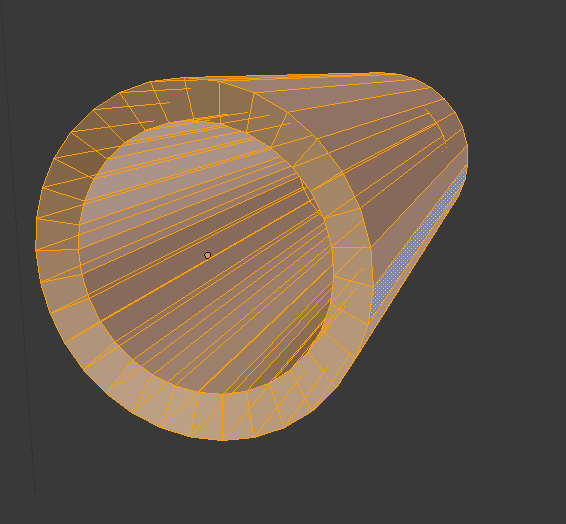 To find out which direction ther normals are pointing at you can enable "normal" in the mesh display tab. 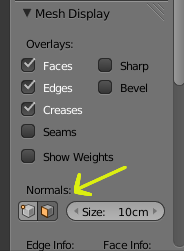 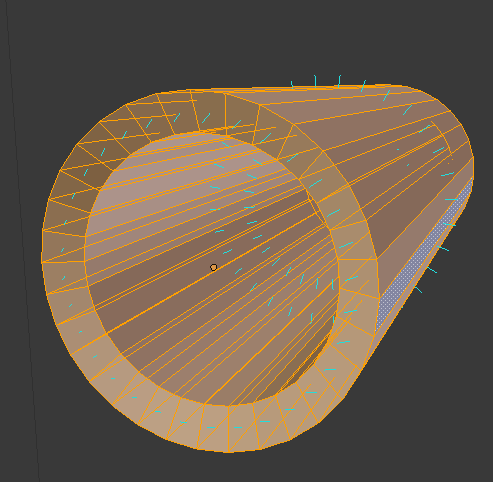 I guess you ticked backface culling in the Options Panel N in section Shading. 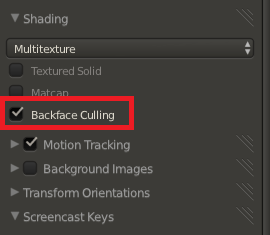 Check your normals again with the Normals display option ticked.

The materials also have a backface culling option (in game mode). 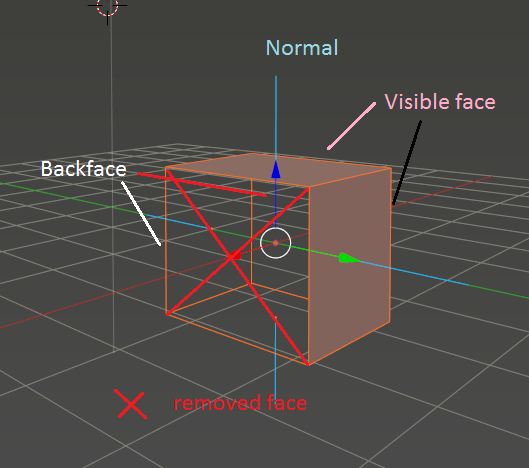 While the question is rather old and solved, it's still an important and underestimated topic leading to other questions coming up, so i would like to add one approach i did not see in the available answers here, for completeness sake.

Normals (or the orientation of the faces) in Blender can be made visible in 2 ways, one way would be with little lines pointing outward from the middle of a face, specifically the face-normals, while it gives us the information we may need, it can be hard to see wrong directed normals on complex geometry and long stretched faces, if you are a bit zoomed out.

Here i would suggest the Face Orientation to help get an easier overview on where there are faces in the wrong direction. Front and back of the face become blue and red respectively to have a strong contrast and allow better visual identification.

While it is easier to spot with the Face Orientation it does not replace the Normals as those i compared were only the Face-Normals. But something that happens often is that we work on geometry and apply subdivision surface modifiers to name one that makes most obvious problems with wrong Normals, just to then have to find out that a face got turned for whatever reason.

So i would like to suggest to switch on Face Orientation at least once before giving up on surface problems, most likely if it turns out to be the Normals, the solution is underestimated easy.

Be it with recalculating Shift+N to let Blender figure out what's in- and outside, or by selecting the wrong ones manually and flipping them with Alt+N selecting "Flip". One thing to keep in mind though, both functions need you to select the faces you want to affect!

Select the entire model by pressing, A then Ctrl+N to change the normals to face out.

Not the answer you're looking for? Browse other questions tagged modeling normals or ask your own question.

1
How do I flip normals on this model?
4
Blender not recalculating normals for mesh properly
-2
Face orientation
0
One object having two different colors and distortions
0
Why faces have a dark texture? Already recalculated normals
-1
Fixing the eyes
0
Blender 2.8: face on edges get inverted when doing the beveling operation
0
Automatic weights skips vertices
1
Why Cycles renders some faces black?
0
Why is there a different opacity in my xray?
See more linked questions

1
Solid Faces and Normals in Opposite Directions
5
Python: find faces with incorrect normals to flip and flip them
3
Is there a way to mirror faces without the normals being flipped?
5
How does "Flip Normals" affect Face Corner Data?
0
All faces duplicated
1
Blender normals problem
2
How do I flip normals of duplicated faces?
0
Blender 2.9: Problem With : Flip Normal Faces