While animating a car chase scene I need to have a background image (that includes trees, buildings etc) which moves from right to left and gets repeated in loops. I Couldn't find any driver or interpolation to create such a dynamic effect. Can someone post an example on how to do this?

That's not too hard actually:

I just move the UV coordinates around. 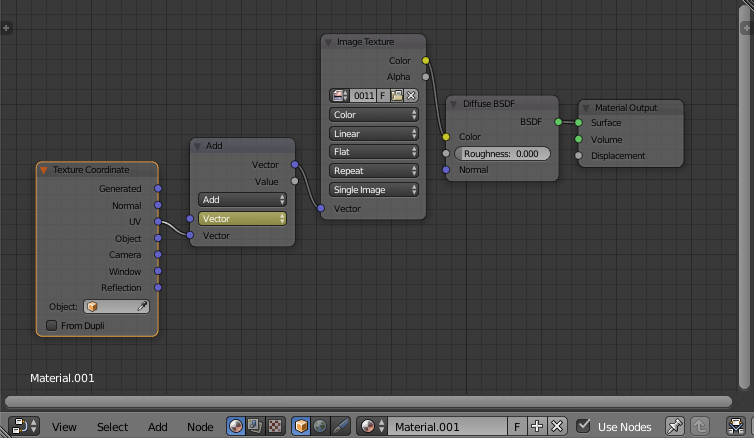 The texture coordinates are provided to a Vector Math node. There, I am adding both vectors together, animating the yellow, formerly static one. Just click the button, set the X value, exist and set a key frame. It simply creates an offset for your UV coordinates, shifting the image around the plane. 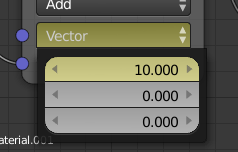 As many frames as you want later, crank the value up and set another key frame. With the node selected, go into the Graph Editor and set the interpolation to linear in order to get a nice and smooth motion. 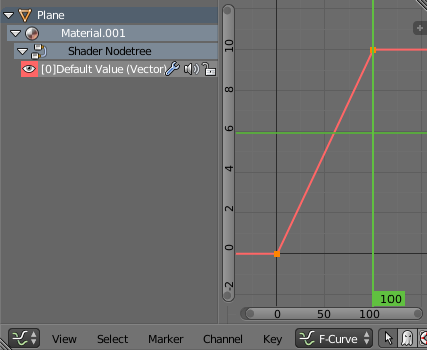 I deleted the other two channels since the motion is only in one axis.

Only drawback is that motion blur won't work with Cycles. You could blur the texture though.

@Haunt_House - I was testing your solution.As shown in the gif below ,UV displacement values are clearly registered in the grapheditor(0.5 to 200 over 100 frames) but in the 3d view their is no displacement.Am I missing something?

Not the answer you're looking for? Browse other questions tagged image drivers world interpolation or ask your own question.

3
How to get a Material property driver to update properly (2.78)?
0
Spherical background image
0
Can I set up one background image per scene?
1
add modifier to png image?
3
Using 360 images for scene background
2
Blender 2.8 PNG image for material not showing transparency
0
How to render transparent background for png image texture with eevee?