How can I create a wall(mesh) from 2 profiles and a path that connects them?

I've asked this elsewhere but have not got a solution yet. The image below show's what I am trying to achieve in Blender but I'm not sure if any of its built-in tools or addons can replicate this workflow. The suggestion's I've been given result in inaccurate geometry and I'm seeking a solution as per the below image.

If you are looking for an identical workflow, I guess you'd need to have it coded as an addon.

If you just look for a clean result:

I would use an ordinary mesh and a curve modifier.

Model the wall without the curve, you could use the bridge tool for that. I positioned the object origin where the curve will be. 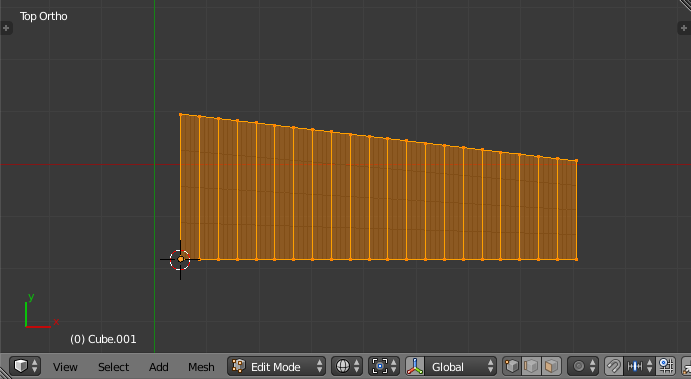 Then build the curve so that it's origin sits at the start of the curve.

Place both object origins on top of eachother and make sure their local axes point in the same direction.

After that, give the mesh a Curve Modifier using the curve in question.You might need to switch direction in order to get a good result. With curve modifiers it's all about axes, where the object origins are and the direction of the curve. If that's in alignment, all's well.

And you can change the mesh. You don't have to stick to simple forms.

I have put a simple subsurf modifier before the curve modifier to increase resolution. Creates a bit of excess verts though. 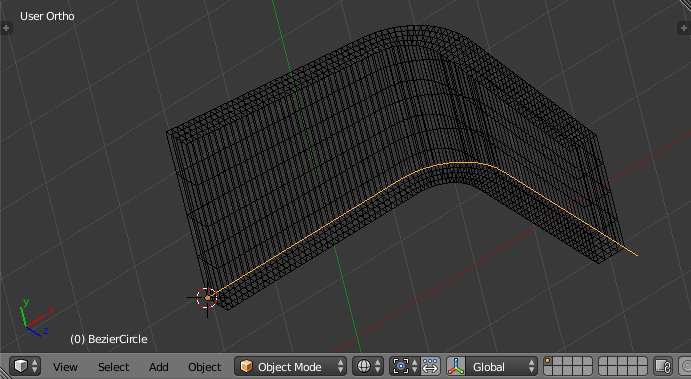 10
Lofting: can I copy a Shape-Keyed mesh for each frame of its animation?
5
Sweep along a path through multiple cross-sections
3
How can I blend two objects i.e fillup objects between two different objects?
0
How to “trace”/“extrude”/“sweep” an animated 3d mesh?
0
Extrude curve via Python script

1
Extrude Curve Between Two Paths
1
How to regain smooth shape whilst scaling a group of edges that contain both creased and non creased edges?
0
How to make a tetrahedron solid and grid?
0
Accidentally mirrored on an offset, too late to undo
0
Problem overlapping two meshes for baking
1
Adding simple details to a model symmetrically
0
Smoothing/blending a joint between two meshes
4
Model seems to shine in ways it shouldn't
1
How to model multiple lines along random paths