I spent ages adding lots of key frames to make the brightness to fluctuate with the sound, then for some unknown reason, I lost all the key frames.

After comparing settings on the earlier version file with the problem file, I managed to get an opacity to fade in on a strip; but I appear to have lost the key frames, in the graph editor, that made this work.

I did this by pressing the snowflake here

which resulted in the loss of the key frames (see below)

I then tried to add an additional key frame to control contrast on another strip, but it doesn't seem to work either. The contrast value doesn't change when you drag the play head over the transition, in the graph editor, see below:

I'm very confused, and frustrated that i don't seem to be able to get all my key frames working together.

any ideas what I'm doing wrong?

What you have done is to convert the frames in an "Action Strip" or "Action", to edit this frames select the "Action Strip" (the yellow one) and press Tab to edit it. I don't know if you can revert the "action strip" to "frames" 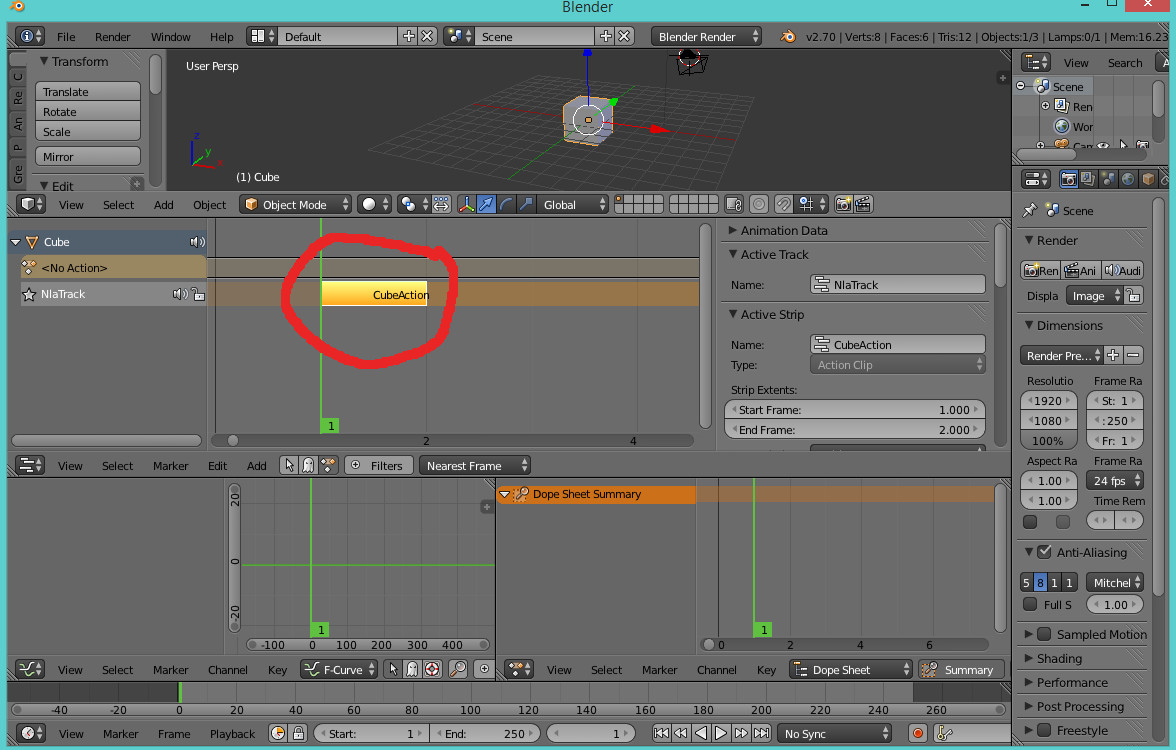 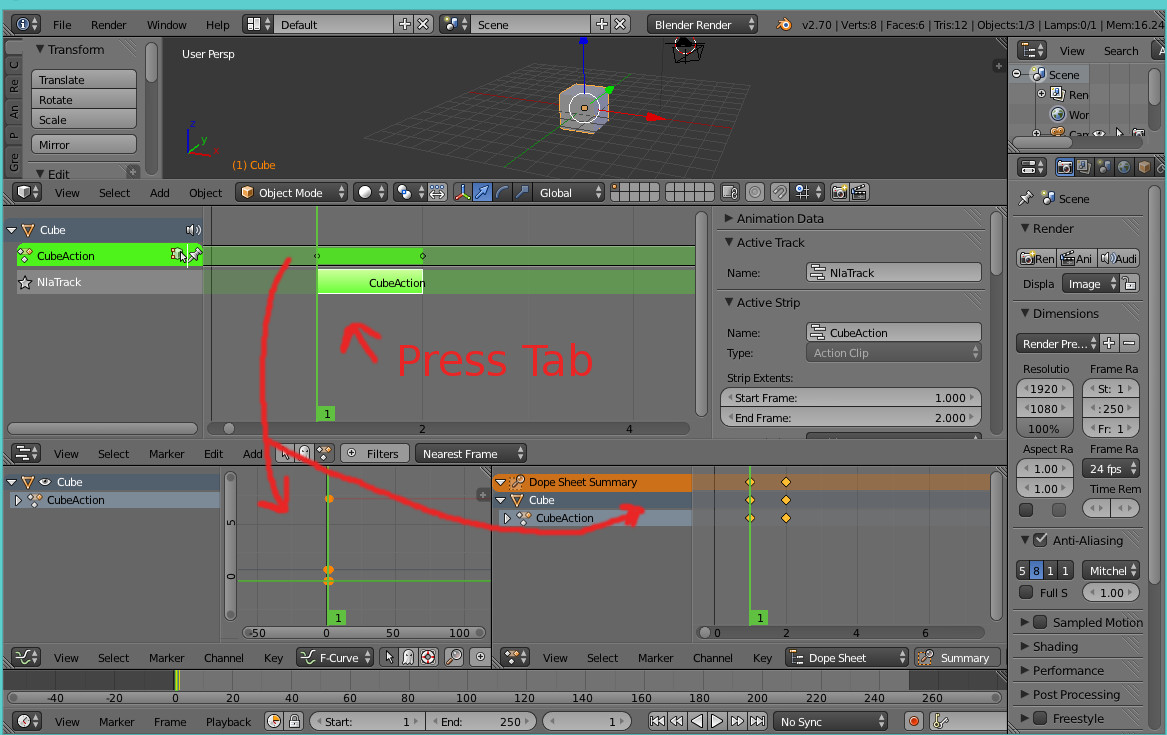 Also if you added another keyframe, the upper frame override the bottom one. What you need to do is to convert the new keyframes in "Actions Strip" and play with their properties.

Look at image 3 and search for the blending property, it define how it will apply over others "actions". After convert "frames" to "Actions" you can drag and drop to order the "Actions", start and end times, etc. 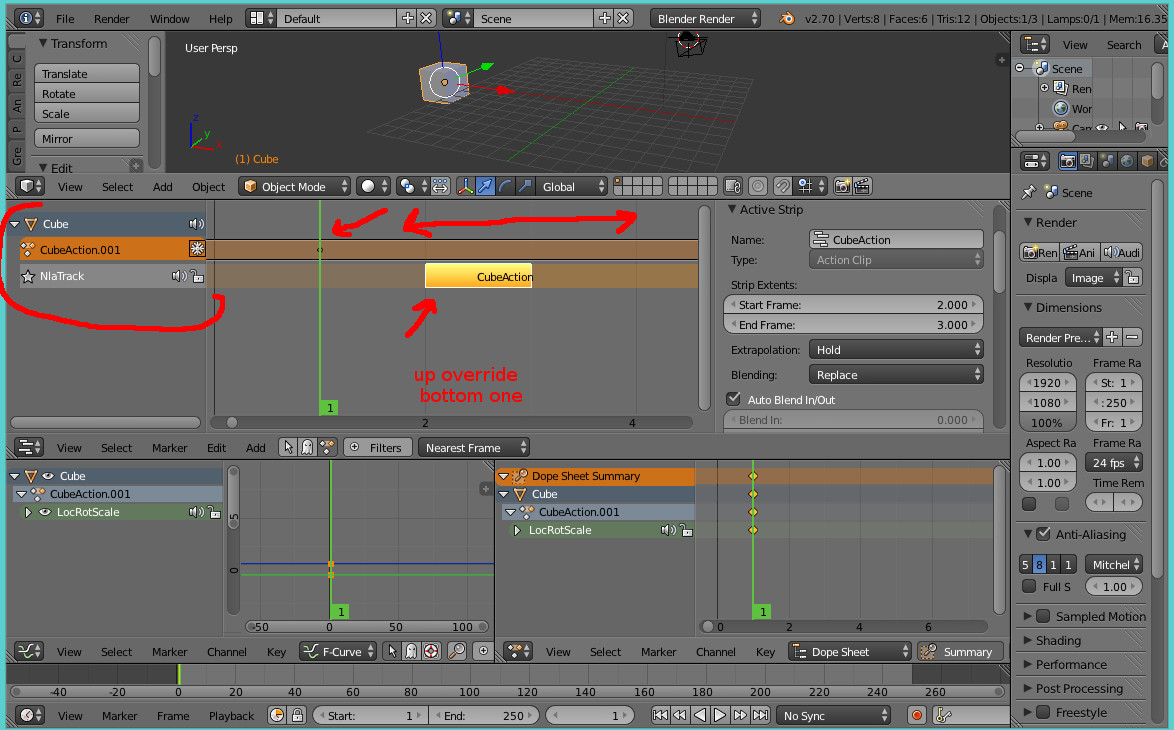 Thanks Pablo, you pointed me in the correct direction. When comparing two action strips, I noticed that one was working and the other wasn't. After further investigation I stumbled upon why; I changed the setting extrapolation from hold to hold forward, and bingo, I can now see the effect on my video of the many key frames I created, and thought I'd lost! 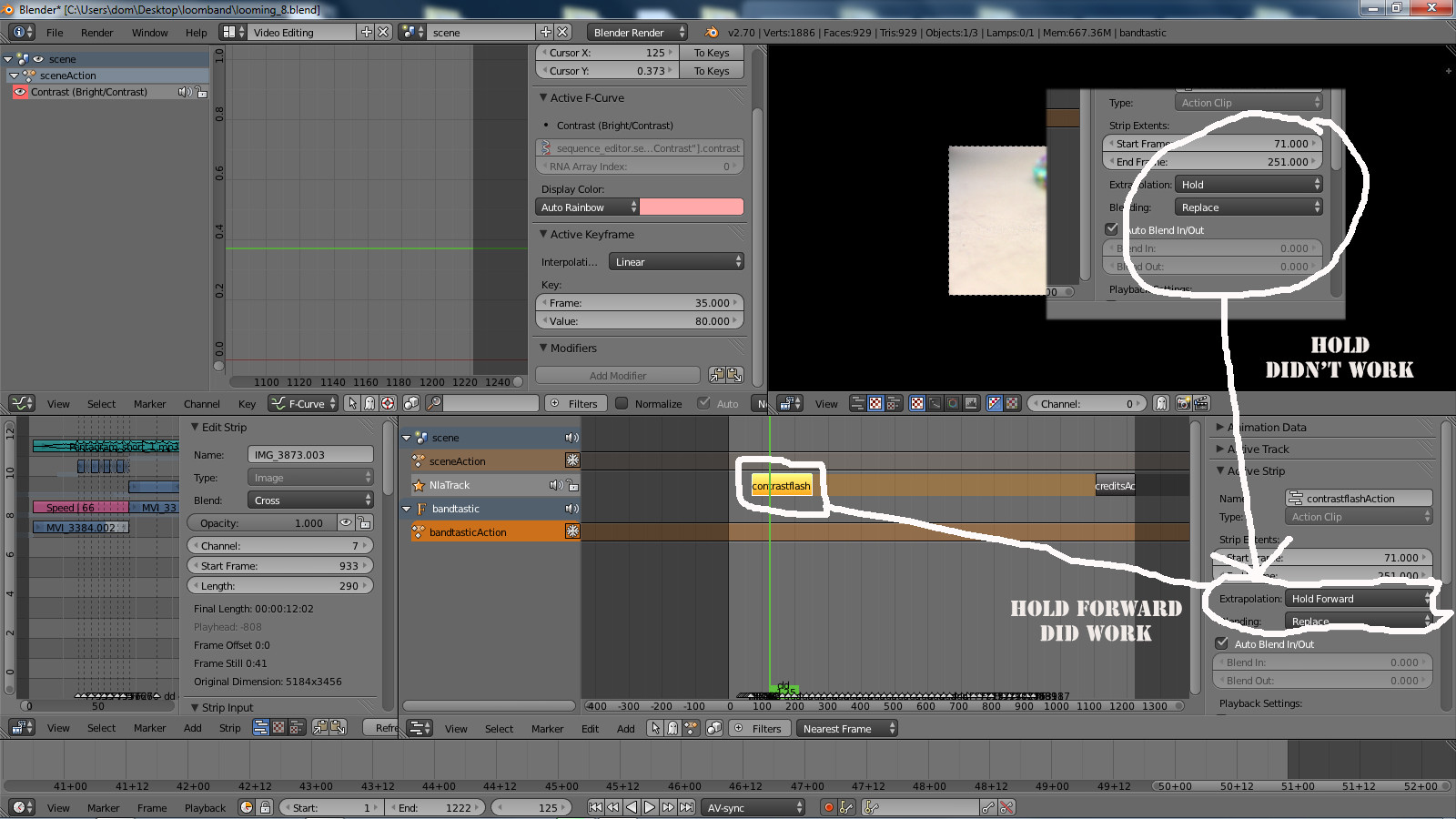 I don't understand, why this happened or what this setting does, however! So if someone could please explain, I'd appreciate it; also why this works: 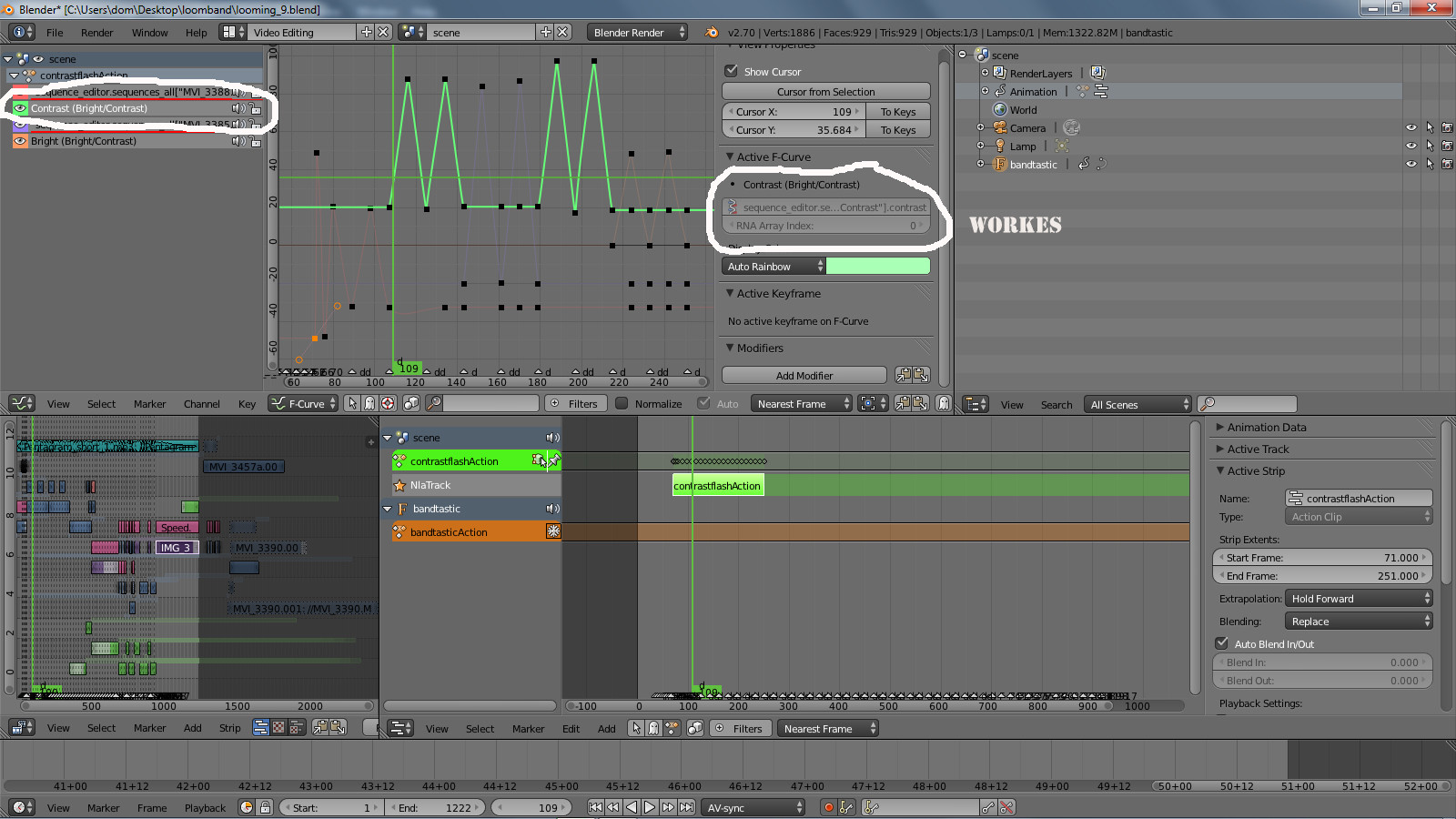 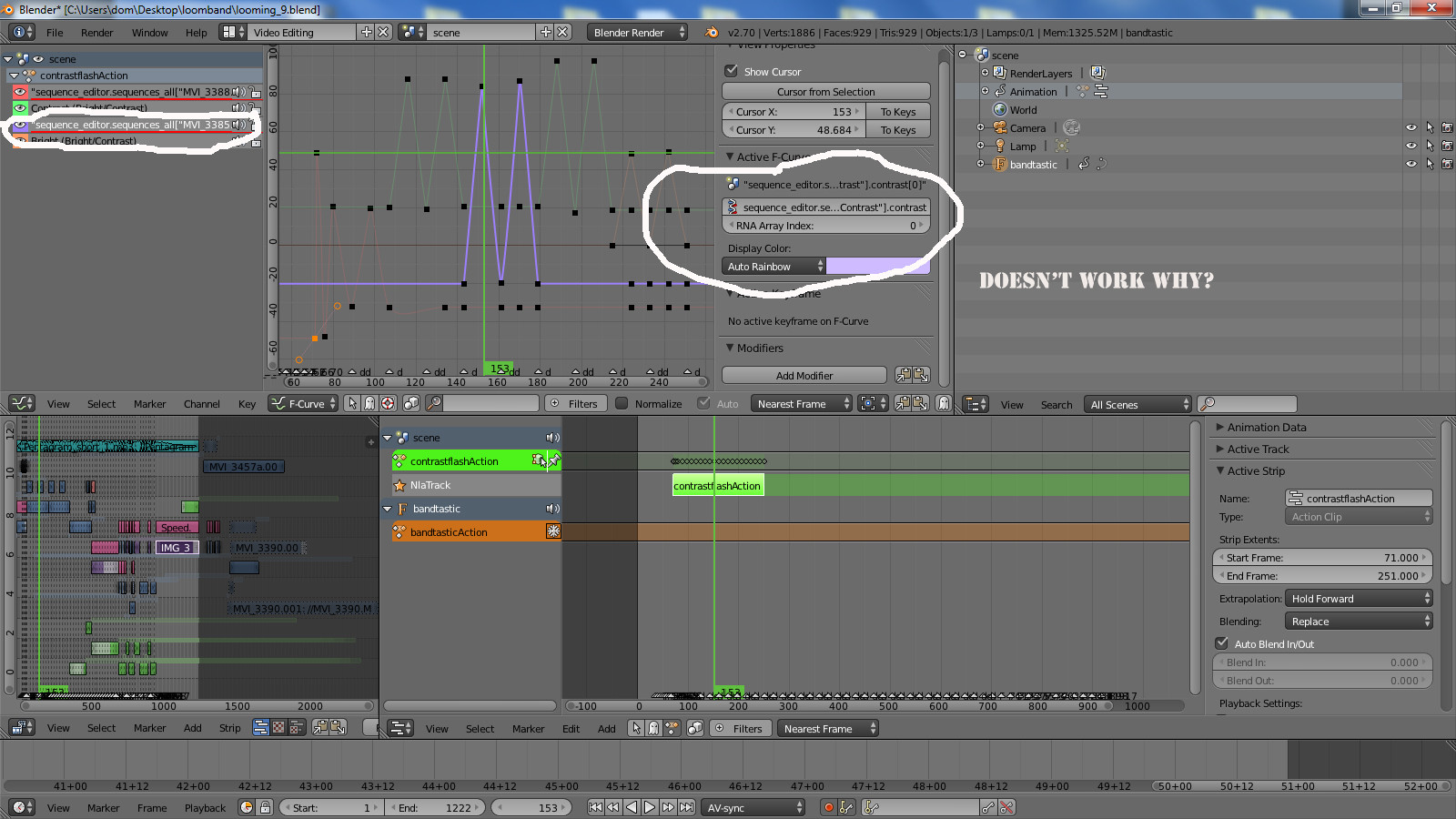 Not the answer you're looking for? Browse other questions tagged keyframes or ask your own question.

0
F-curves disappeared but keyframes still work
1
Why is Blender not letting me move an object that has been keyframed?
6
Global Slow-mo effect - Animating Time scale
0
Why do the keyframes show up in the dopesheet but not in the timeline and the graph-editor?