Object / Edge Bevel with angle other than 45 degrees

Discovered blender 2 weeks ago, so < Noob. Loving it so far!! I'm looking for a way to create an effect similar to the bevel modifier, but which produces an angle other than 45 degrees. For example, I'd like to create a cube object that has a draft angle on the left, right, front, and back faces (not top, and bottom) of 80 degrees instead of 90 degrees. The resulting top square face would be slightly smaller than the bottom square face, with the edge faces sloping slightly. A sort of standard trapezoidal shape. Any advice on how to create this geometry?

Edit: I misused the term "bevel" I think. What I'm looking to do is create a consistent angle between faces. In the 2nd picture I'm attempting to create a 10 degree angle (100 - 90 = 10). One issue is I don't know how to enter values (e.g. 80 degrees, 110 degrees) into the protractor. I'm attempting to move the edges and "snap to" the protractor in this case, which is probably not a good way to do this. I can move, or scale the edges to create the desired angle, but it is time consuming to calculate the desired coordinates of the vertices, etc. Just looking for suggestions. Thanks!

This is essentially what I'm going for, which isn't a "bevel." Although I may only want to modify 1, 2, or 3 of the side faces, and exclude the other faces. 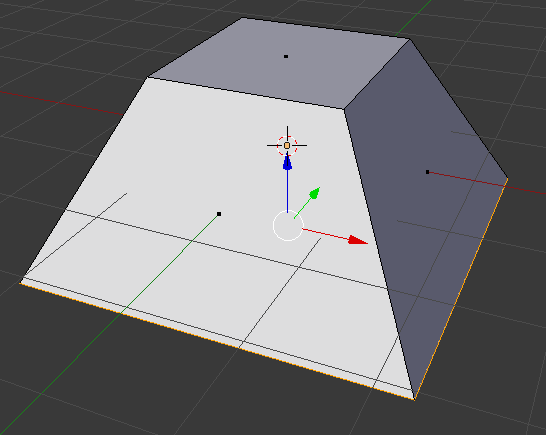 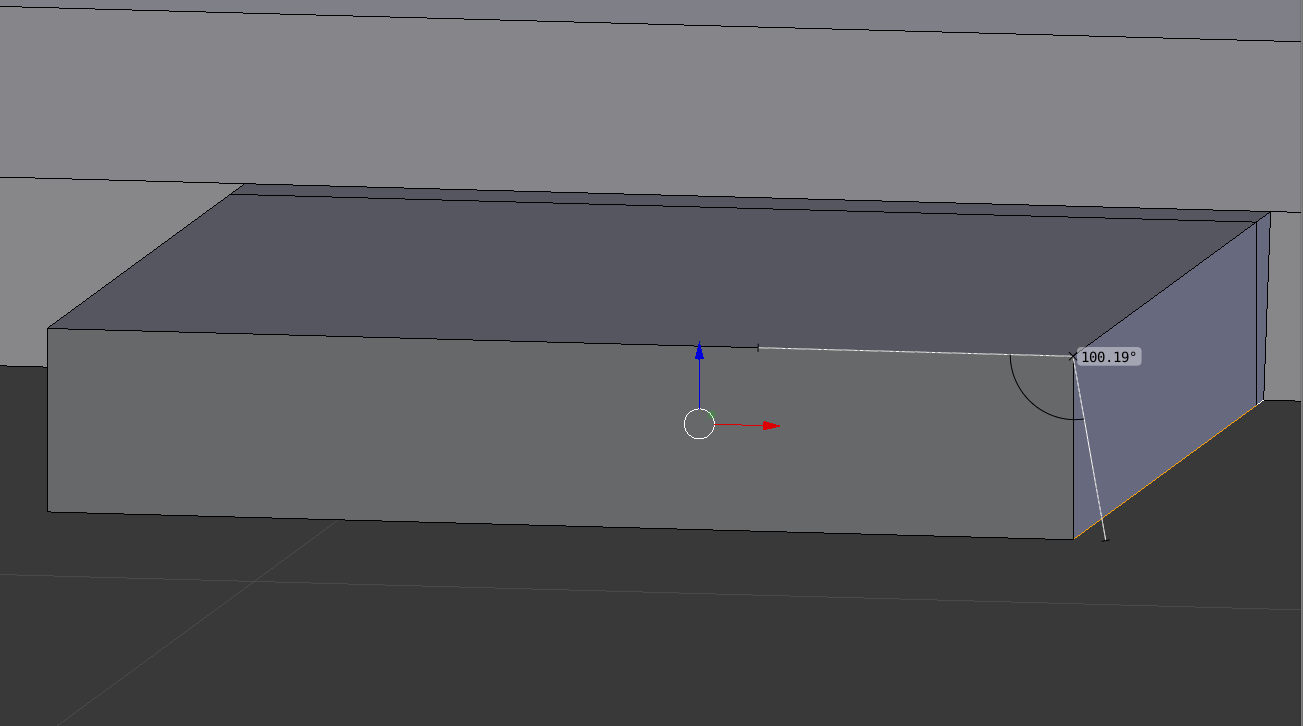 Note: in the second picture it would be undesirable to move all 4 bottom edges of the "rectangle" because it intersects another piece of the object. So I would want to move only 3 of the 4 bottom edges in that case. Maybe this should be a separate object? I don't know, like I said imanoob.

Found an ok solution. In the transform toolbar there is a "face info" section. Adding a check in the box next to angle allows one to see the angle while making adjustments to the face edges.

Not the answer you're looking for? Browse other questions tagged modeling bevel or ask your own question.

0
God help a total nob with bevel
1
Apply subdivision surface modifier to one axis only (round edges)
0
Why can't I use the bevel equally on all my loopcuts? Double edge problems
0
Chamfer or bevel an edge with a smoothly varying depth, as if whittled or gouged out
1
How to non-destructively bevel and extrude a mesh intersection?
1
How to bend/create nice angle without warping model
3
Superellipse bevel with unevenly distributed edges?
1
How to round up specific edges without affecting others? Trying to archieve this shape
0
How can I create a "pencil edge" to my object?