vertex weigths onto a generated mesh

I'm generating a mesh from a list of locations and normals, for each vector a create a simple triangle. What I would like to do is to edit the weight of each triangle into a vertex group. I manage to do it in edit mode (painting) but when I get back to object mode, as its being generated procedurally, all weigths reset to 0.

I've checked some answers where they loop throught the weights but I want to stablish them. here is how it looks now: 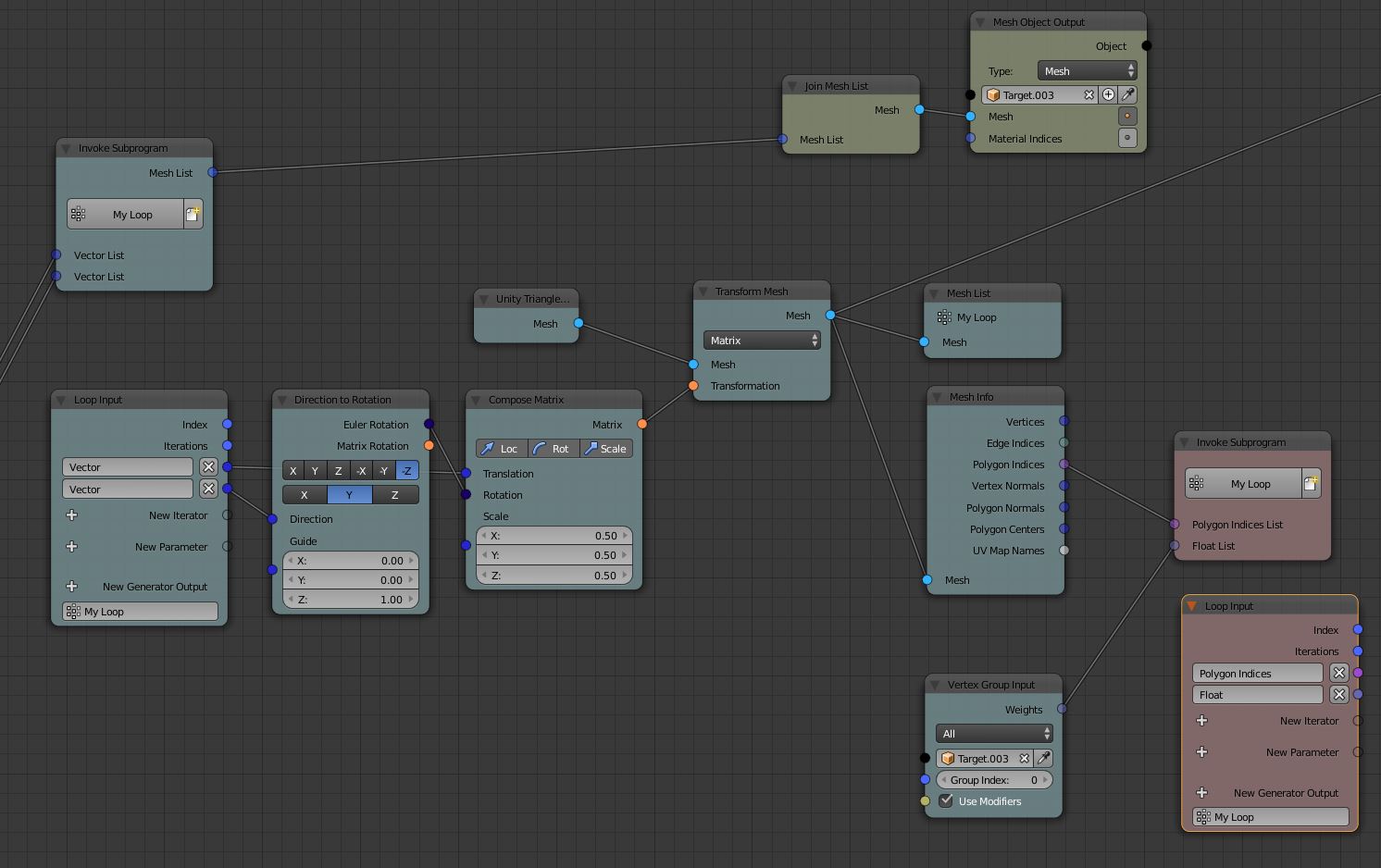 It would be great also if I could choose between feed those weights from a list or paint the manually.

Animation Nodes doesn't have a node that can write vertex weights yet. So we will have to use some python to implement that ourselves. Given an object obj with a vertex group vertGroup and a float list weights containing the weights for each vertex, one can use this expression to set the vertex weights: 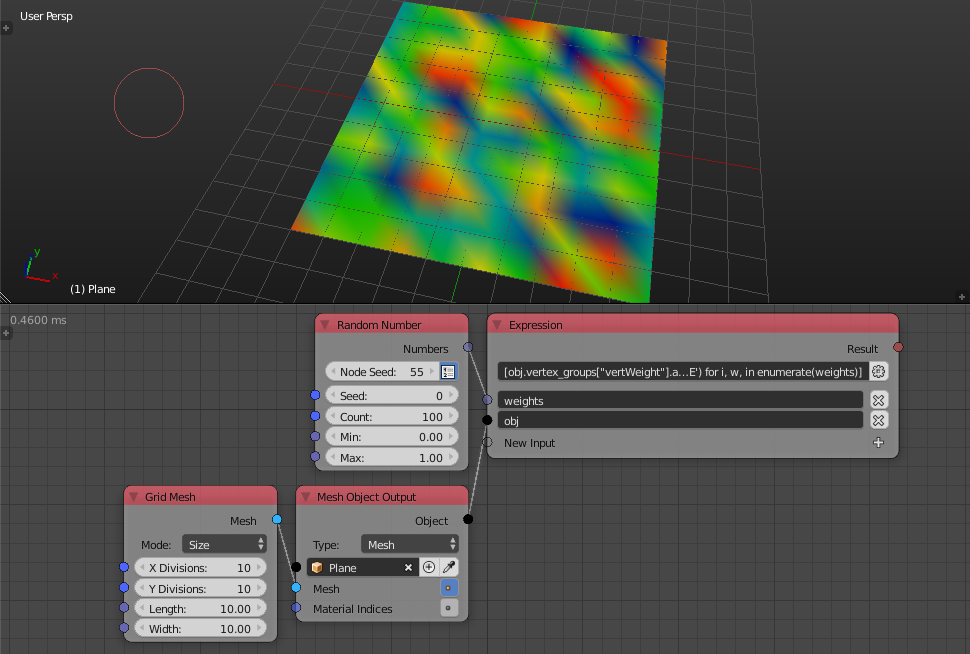 It is essential that the input object of the expression node be the output of the node used to set the mesh, this ensures the vertex weights to be set after the mesh is set.

Now, if you want to paint the weights by hand and have it preserved even when you are resetting the mesh each execution, you can do the following:

2
Rigify vertex groups mesh deform error
1
How to make this script to quickly set specific weights?
2
How can I prepare a set of colors that should go together, and be able to apply them to different objects with a single click?
0
How do I create new objects from a mesh created from animation nodes?
2
Animation nodes - Vertex colors to transforms?
0
Vertex Group X Symmetry paints both weights onto same area
1
How to see Vertex weights on a mesh in Edit mode?
0
Particle System and generated Vertex Weights
4
How can I animate vertex weights along curved mesh