I tried to create a pumpkin using the screw modifier and it worked out fine , but for some reason i can only select the source and not the rest of the object ? 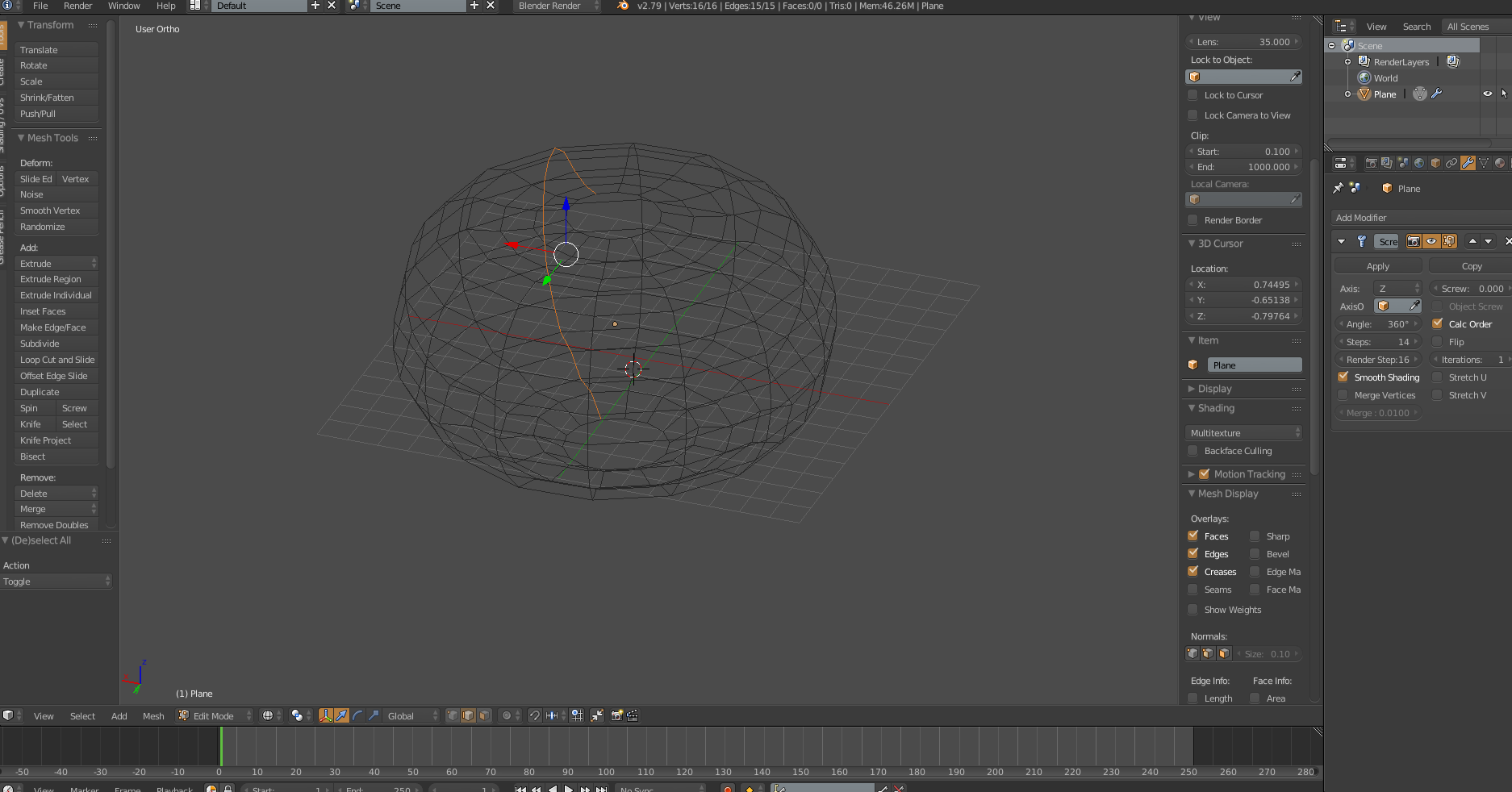 In Edit mode, as long as you haven't applied your modifier you won't be able to select any other vertices than the one of your profile. In Object mode you can select the whole object. If you want to select some vertices, perhaps keep a version of your object with the modifier, duplicate it and apply the modifier, then go back in Edit mode.

You can't reach the the other vertices, because in a sense, there are no vertices there. What is there is a process: a set of instructions for generating vertices from the source geometry, expressed as a Modifier.

The parameters to that set of instructions can be altered, (and animated), so long as the modifier is 'live'.. somewhere in a pipeline between the source geometry and the final object. To reach the vertices generated by the modifier individually, you would have to set the parameters for good, and bake the effects of the modifier into the mesh, by applying the modifier. Because you can't go back and change the parameters, that's sometimes referred to as 'destructive'

Some applications include a modifier which allows you to edit a snapshot of the object with any modifications made so far, and still go back to alter the parameters in the modifiers before your edit, within limits. The 'Edit Poly' modifier in 3DS Max is an example. Blender does not have a modifier which works that way.