Turret Tracking with Polygon-Aligned sets of Objects in Animation Nodes 2.1

I'm attempting to add gun turret style tracking to objects that have been placed onto the polygons of another object using Animation Nodes 2.1. I'm currently attempting this with blender's built in constraints system, but that has not worked, which I'll detail later.

My setup consists of 5 objects, 1 object which has its polygons & polygon normals used to place the 3 next objects; the 2nd object is the static "base" of the turret; the 3rd object is the yaw aspect of the turret, which should only rotate around its local z axis, with the other 2 axes being locked; the the 4th object is the pitch aspect of the turret (the barrel, in this case a scaled cube), which should only rotate along its y axis (between -180° and 0°) and have the same z rotation as the yaw aspect, with only the x axis locked; the 5th object is an empty, to be tracked.

The pitch and yaw objects both have constraints set so that they'll track the empty with their appropriate axes locked, as described above. On their own, before animation nodes is involved, they track the empty as expected.

When I instantiate the appropriate number of objects, and place them on the polygons with Animation Nodes however, each instantiated object seems to lose the rotation of the polygon they're on. They do track the empty, but will rotate rotate around these incorrect local axes. I suspect that this may be because the constraints' transformations may apply before animation nodes' transformations apply.

Is there any way to work around this issue, or would it be possible to altogether avoid using blender's built in constraints system and instead simulate the effect entirely in animation nodes? The latter option seems that it'd be more flexible, however I do not know how to replicate the effect of blender's constraints in animation nodes while also maintaining the position on the objects on their polygons.

I am going to discuss a pure Animation Nodes approach instead of of using constraints, because, as you said, it is simpler and more flexible. 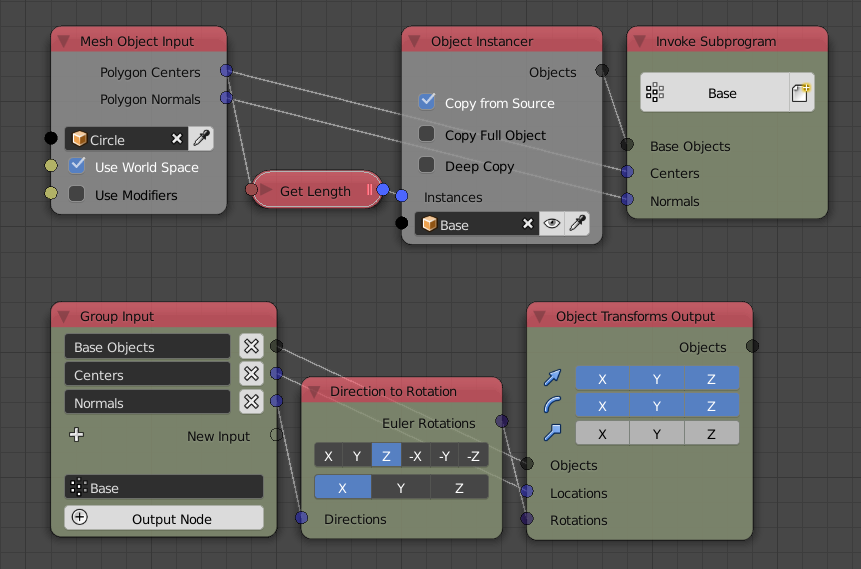 For the turret, the same will apply, but we are going to use the vector directed from the turret to the target empty as the guide for the Direction To Rotation node. We can compute that vector by subtracting the centers from the target location as follows: 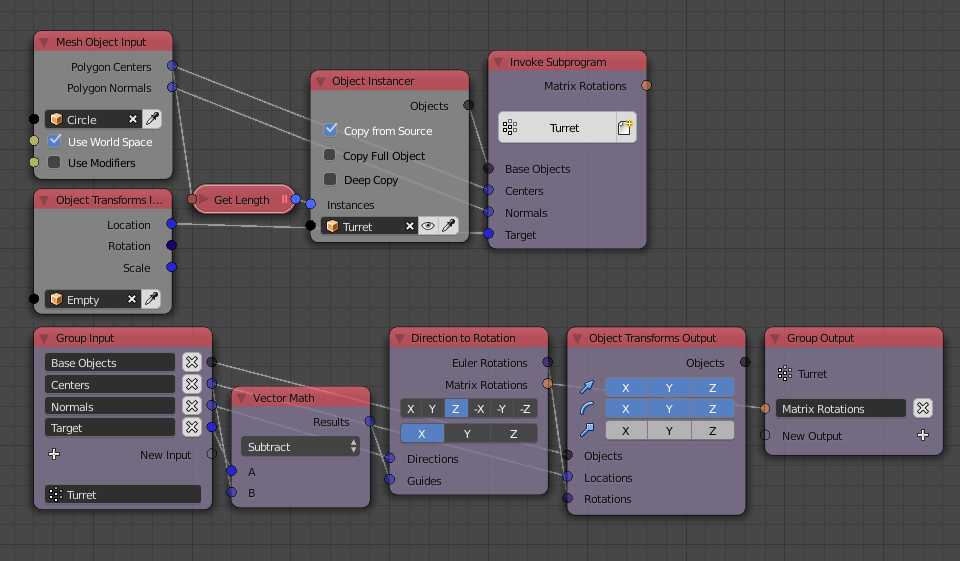 The output rotation matrix is something we will use later, so make sure to expose it as an output.

The barrel have the same orientation as the turret but it can rotate around its local Y axis, to rotate the barrel around the local Y axis, we multiply the rotation matrix we computed before by a Y rotation matrix. The location is also the same except it is shifted along the normal slightly, to do this shifting, we simply add a scalar multiple of the normal to the location as follows: 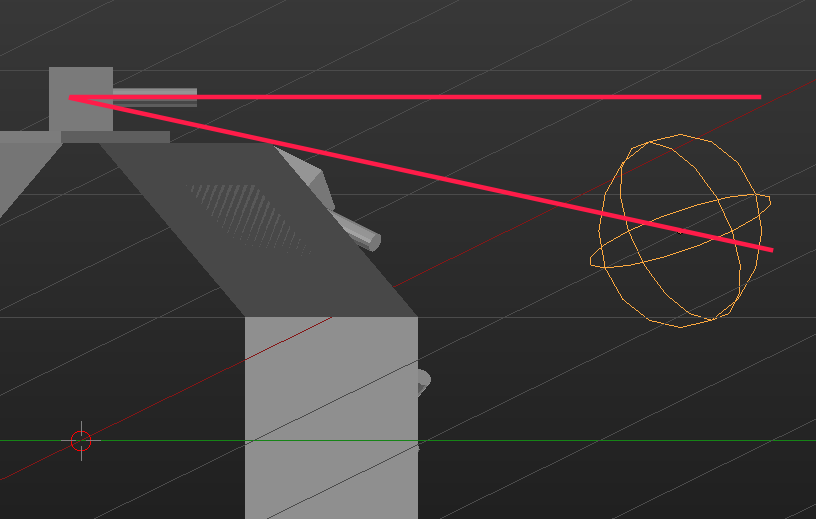 Does that make sense? We will implement that as follows:

There is something slightly wrong with this implementation, the angle is not directed, it is, in fact, the smallest angle between both vectors. To get the signed angle (Directed angle) we can either use the Quaternion Output or investigate the cross product, we will be using the cross product method here as it is simpler. We compute the cross product between the two vectors, normalize the output, subtract it from the normal of the plane, return the sign -1 if its length is close to zero and 1 if not, then multiply the signs to the angle as follows:

One last thing to do is clamp the rotation so that the barrel doesn't go through the base, and maybe expose the limits as parameters. So the final result is:

Not the answer you're looking for? Browse other questions tagged animation constraints animation-nodes or ask your own question.