Follow active quads does not "flatten" all the poligons

I modeled the U.S.S. Enterprise NCC-1701 and my next step is to unwrap it before texturing.

At the moment, I'm working on the unwrapping of the "disk part", but I'm having some problem. Here you can find an image: 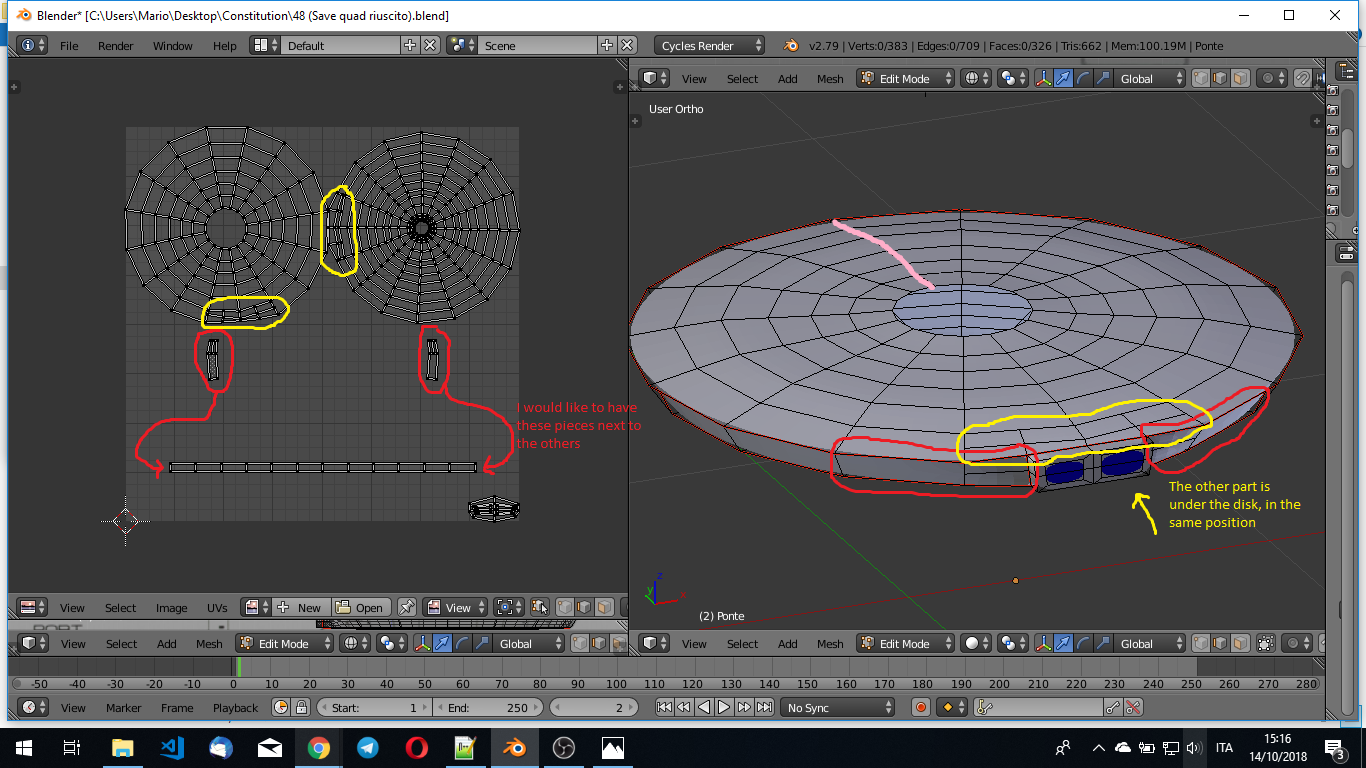 In my example (the image), some parts don't get flatten horizontally (in red). It seems that this behaviour is caused by the extra details in the pulse propulsion.

I had a similar problem with the upper and lower part of the disk, connected to the pulse propulsion (in yellow). It's not shown in the image, but I tried to put an extra seam to flatten horizontally the upper disk (in pink) and I could not flatten the yellow parts.

Hopefully I was clear enough on the explanation. If not, feel free to ask.

I Don't know how you got that. I rebuilt your mesh and I don't get that. And also you have ngones which is not good for your topology or your unwrap. So maybe correct this, select your mesh again and U > Reset, and again select your ring, select a quad of your ring, and U > Follow Active Quad.