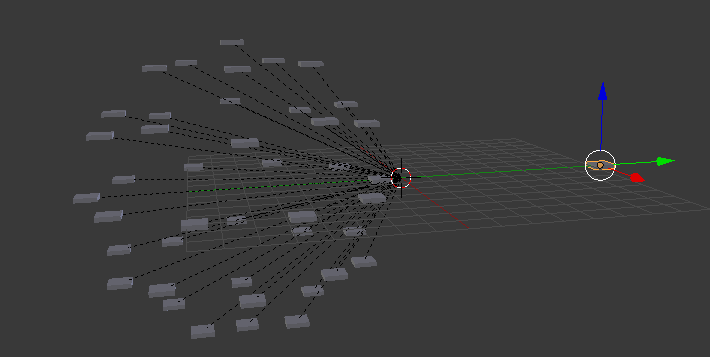 I have a node setup which allows me to retrieve the vertex locations of an icosphere and position instanced cubes at those locations.

The Object Transforms Output node has sockets that say location and rotation, when I plug in the vertex locations from the Object Mesh Data node the socket changes from location to locations, as does the socket that said object changes to objects which I believe is because its a vecorized socket.

Why can I not plug in the vertex normals to the rotation socket? It is also transparent which makes me think its vectorized, if I can't plug it in what needs to go inbetween and why?

Vertex normals are vectors (transparent blue) and Rotation of object is in 'Euler' format (transparent purple). So, you have to first convert Vertex Normals Vectors to Euler then you can plug into the rotation socket. There are two nodes in animation nodes which can do this, 'Vector to Euler' node and 'Direction to rotation' node. However, 'Direction to rotation' node has many controls so you can choose 'guide axis (here is 'x')' and 'track axis (here is 'z')'. 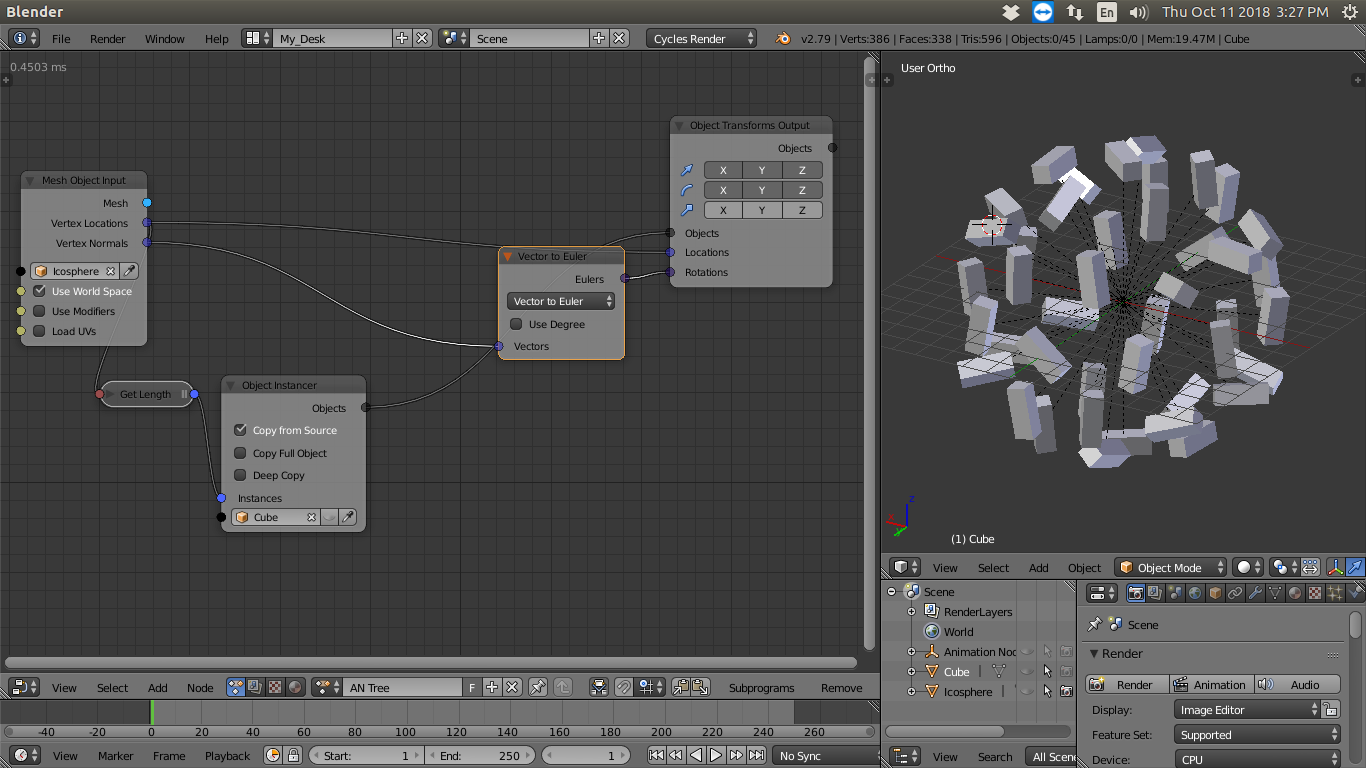 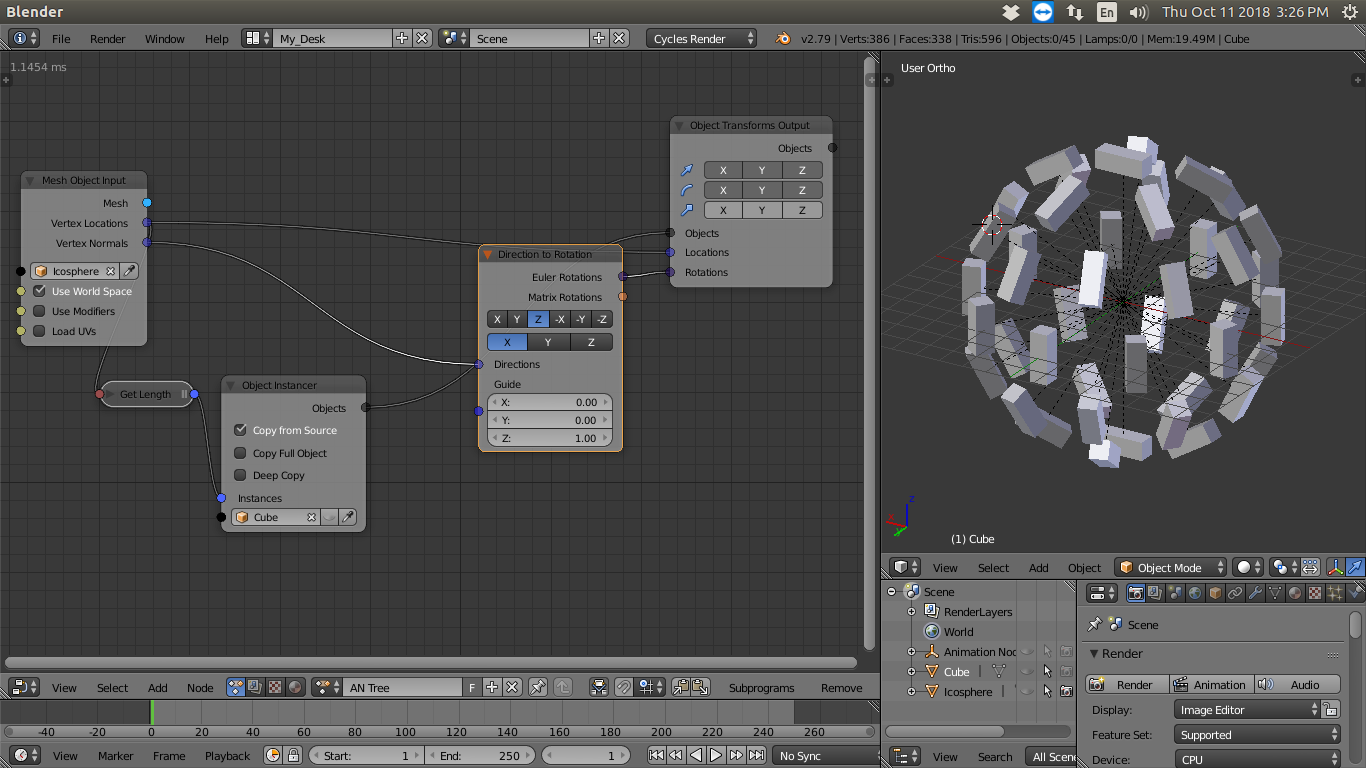