How can I create a boolean mesh to replicate the movement of a milling bit?

I'm trying to model a part that has a (helical) milled groove using the boolean modifier and can't find a good way to model the cutting path of the bit. I have tried using the screw modifier but this doesn't work well with 3D shapes. If I use the profile of the bit then it gets pretty close but doesn't quite replicate the final cut the bit would produce.

In this image I used the screw modifier both on the 3D shape and the profile. The best part of the screw modifier is that it extrudes to the next step which prevents visible steps creating a smoother result. The problem is all the interior faces / vertices it creates with 3D shapes. Also the face normals go wonky. 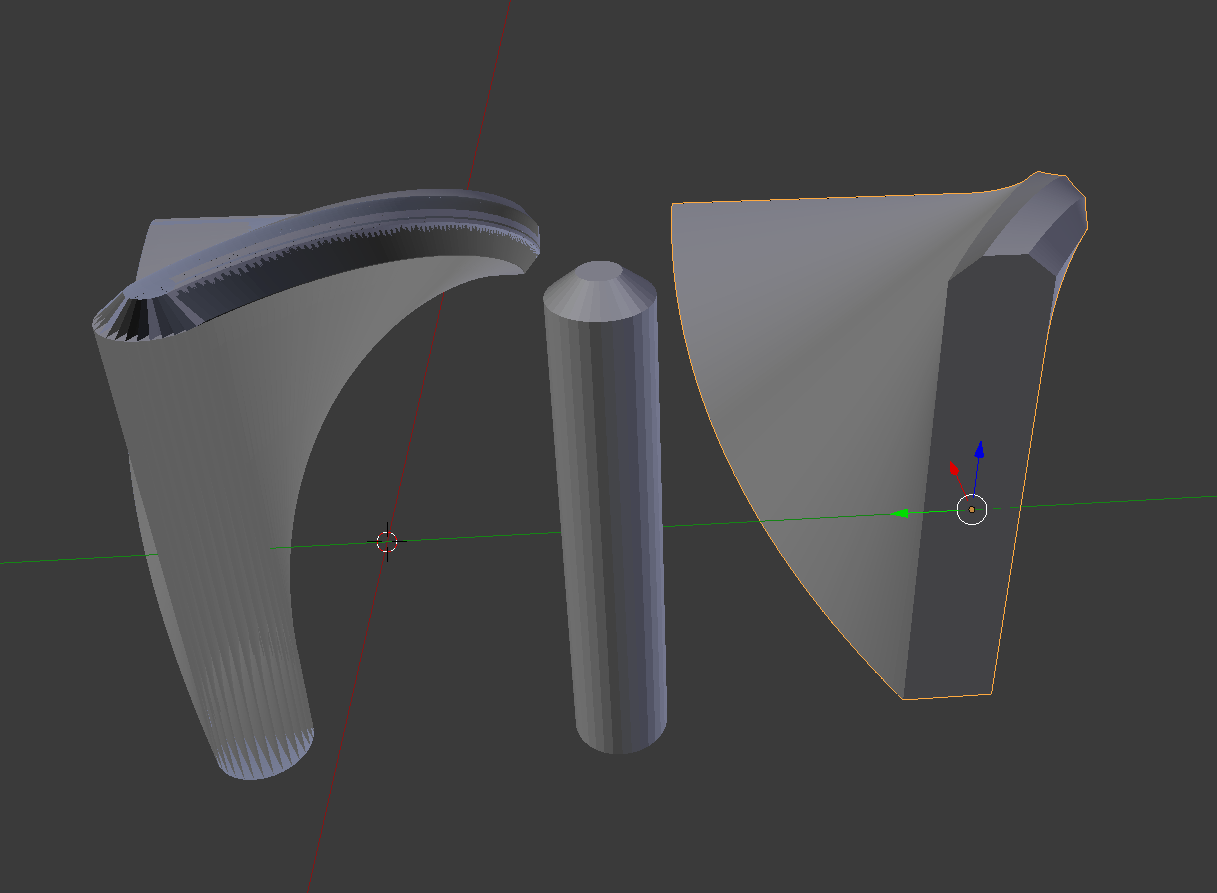 This image uses the array modifier + object offset set to an empty rotated 1 degree and shows the difference between the profile (of the cylindrical bit which amounts to a rectangle)(Left-Blue) and a full cylinder (Right-Red). 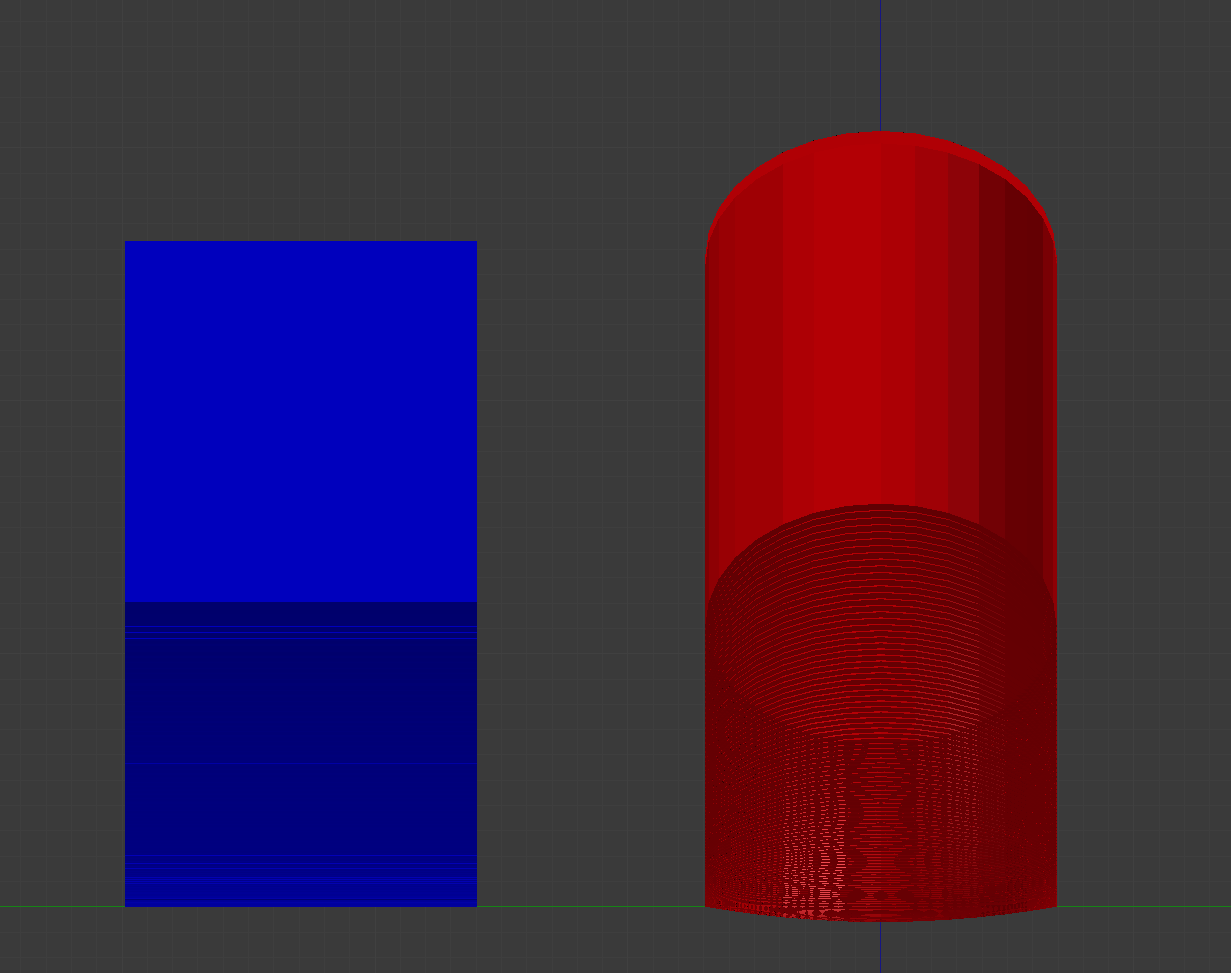 This image is to help visualize the problem. At each "step" of bit movement the removed material has to match the full shape of the bit or the final cut won't match what is actually happening. 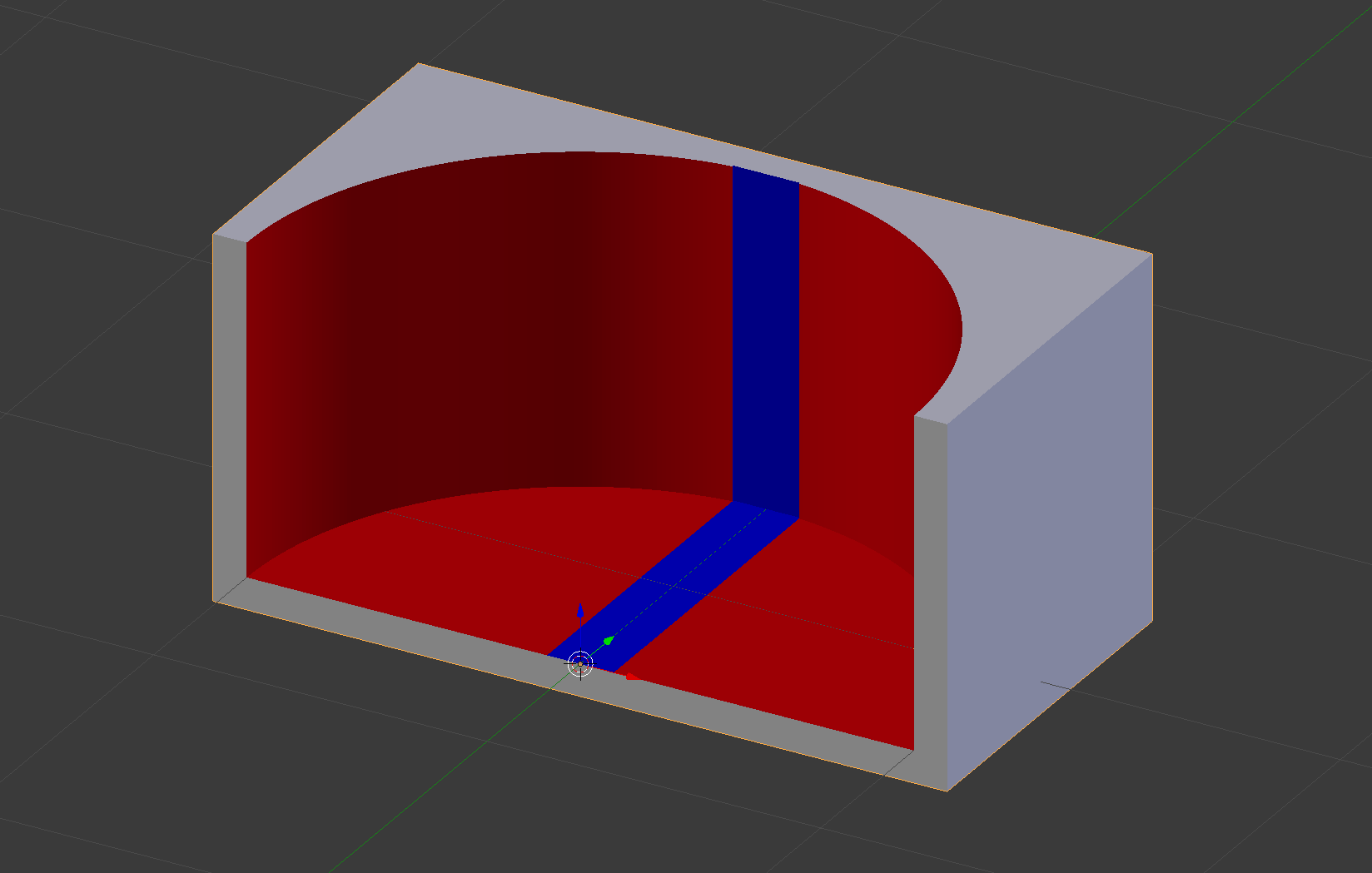 The closest I can probably get is to use the array modifier, P-Key->Separate loose parts. Then Union Bool to a final shape. Obviously that's an incredibly tedious process if you're trying to get a high resolution result by using more steps.

I may write a script for this and will definitely share and link if it works. But I've seen some really clever and elegant modeling solutions on here so hopefully someone has an interesting way to reproduce this type of machining operation. 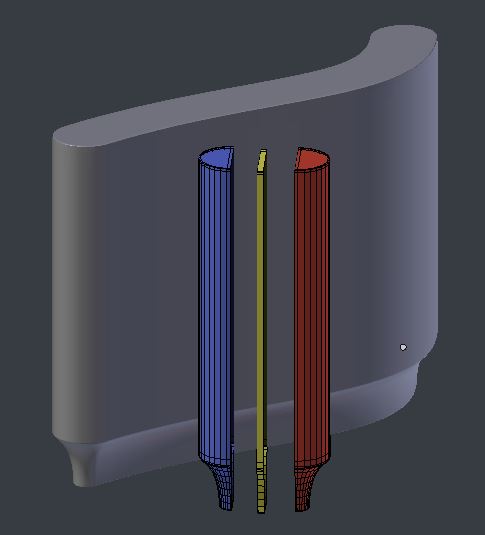 Now you could use the result in a Boolean, or turn it inside out, remove the top face, and model with it.

There's another approach I was hesitant to post, because (at least on my not-so-poky machine) it's hard to get the resolution high enough to get clean results, although some judicious use of the Decimate modifier at the bottom of your stacks might help a bit. Really I was thinking of an animation solution here, but it doesn't animate well. An unfortunate coincidence of vertices at frame X can cause the Boolean to fail.

Assigning Subdiv. modifiers above and below the Curve and Boolean modifiers can help up the resolution at the right times to cooperate with the remeshing, while maintaining the shape of the bit. (Don't forget the 'Simple' option in Subdiv.) 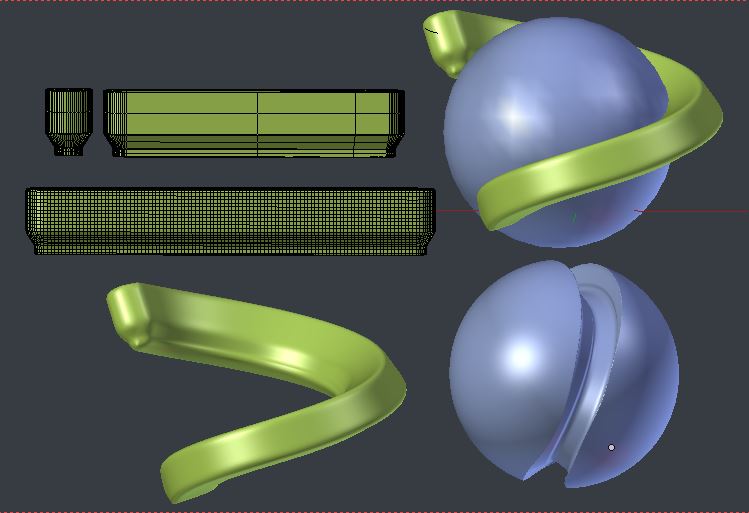 Maybe there's someone here with more experience of a dedicated constructive solid geometry application, who could say if that might be the way to go.

3
Generate Mesh Using Boolean Modifier Over Time
4
How to animate deforming scratches?
2
Animate an object being shaped in a mill or something similar
0
How do you select the interior faces of a cylinder with an array modifier?

6
How to get an "extrude" modifier
4
Cutting a "channel" halfway into a shape?
1
Animated Screw Modifier has different results in (render) viewport and rendered version
3
Single Transformation Modifier?
2
Archimedes screw?
1
Converting bottle threads from diagram to a 3D model
1
How to create manifold threads on cylinder with non-destructive editing?
3
Blender loop cut e boolean doesn't work together. How to fix this ? How to create an arc on plane of loop cut?