The effect of Proportional Editing in Random mode is not as strong as I expected. How can I make it more intense?

In this video ("Blender Beginner Tutorial - Part 4: Material Nodes", around minute 34) the author uses the "Proportional editing" mode and chooses the falloff type to be "Random".

I tried to do the same but it doesn't give the same wavy shape. I think the randomness effect isn't that great in my case but I don't know why. 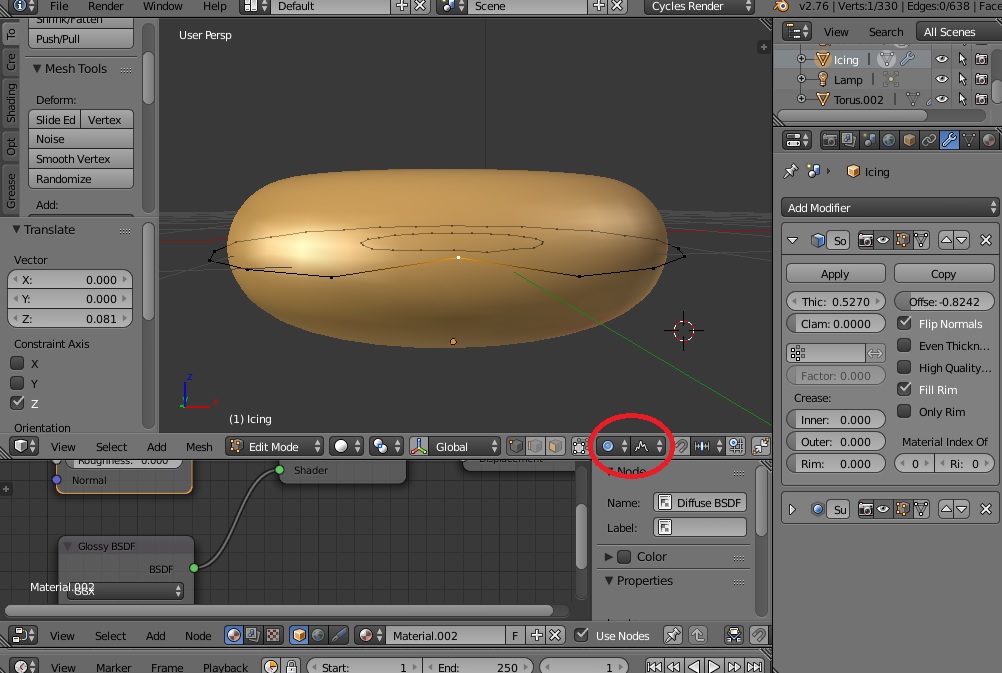 I tried to press W and then "Subdivide Smooth" to add more segments to the shape but I still don't achieve a great effect.

After having initiated the G ("move") action, scroll up the mouse wheel (

wheel) to enlarge the area of influence of the proportional edit.

Then just keep moving the selected vertex to see the effect. (As Ashutosh Budhdeo noted, you may want to use Z during the "move" action to constrain the movement to the vertical axis).

3
Equivalent tool to MODO’s Falloff
4
How does the Projected (2D) mode of the Proportional Editing works?
7
How to close a pipe with a perfect hemisphere?
1
How do I use the “Proportional Falloff Tool” to create doughnut frosting as per youtube tutorial?
2
How can i get a smooth rendered surface (without weird vertex lines)
1
How to use random proportional editing?
4
How to bulge out a face?