How can I rig a cylinder so that when it's rotated its end cap will not penetrate the floor?

I have a default Blender cylinder positioned upright atop a ground plane: 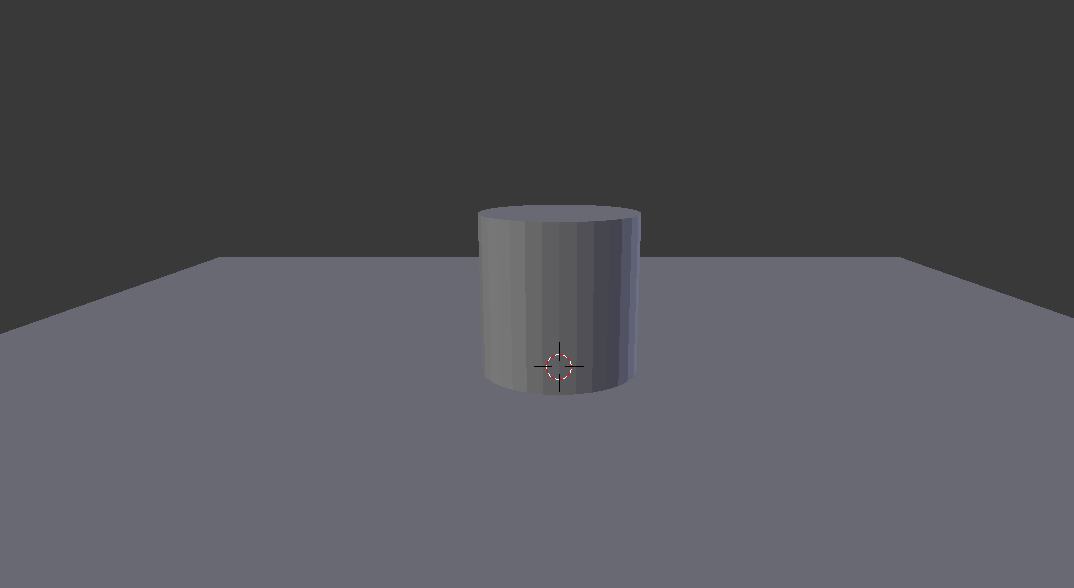 How can I rig the cylinder so that can be animated to wiggle/jitter (perhaps procedurally with noise f-curve modifiers on two of its rotation axis) without penetrating the floor? 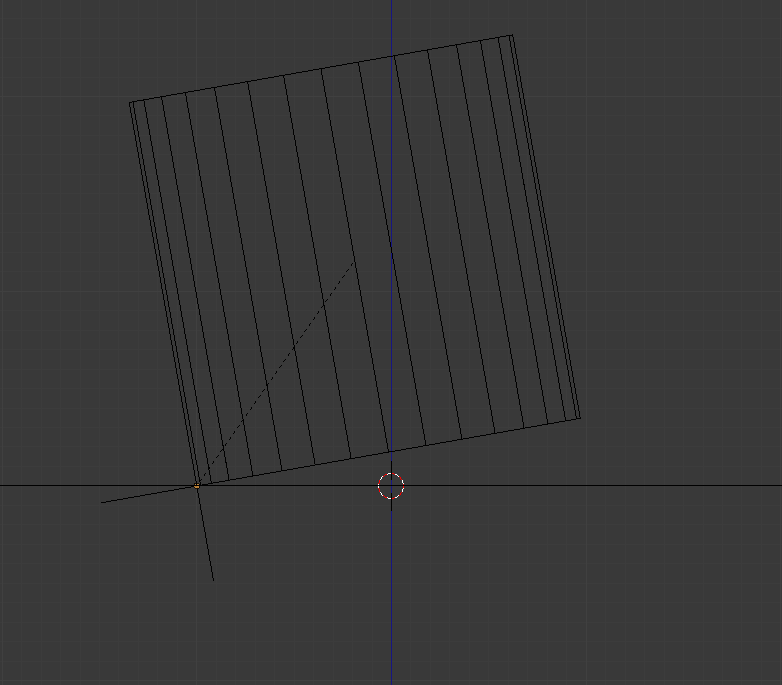 A simple parent-child relationship as in the image above is sufficient to rotate (and translate) the cylinder on 1 axis in either a positive OR negative direction.

I'm looking for a setup that would allow me easily to rotate the cylinder on two or even three axis in both a positive and negative direction.

I imagine this would be possible with some drivers applied to the XYZ coordinates using trigonometric equations but the math escapes me. It might also be possible using a particular bone setup with the correct constraints but my attempts to find something that works so far have not succeeded.

Thanks for your assistance.

There is no need for complicated trigonometry or drivers. You can do this with constraints.
Constraints are faster than drivers and have no security problems (manual).

Create the following bones. (Side view. Note, that the orientations of the bones are all the same.) 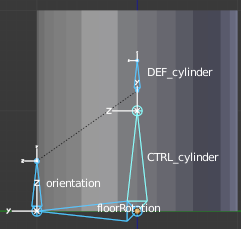 CTRL_cylinder has no parent or child. The other bones are in the following hierarchy:
floorRotation > orientation > DEF_cylinder > Cylinder (object)

I suggest the rotation order YZX for CTRL_cylinder. Add a crazy control shape for CTRL_cylinder and set it to be displayed At DEF_cylinder. The animator can move, rotate and roll the cylinder. Optionally, the Y axis can be locked, if no twisting is desired.

This is useful for objects with two or more pivots, like feet, chairs, ... or a cube.

The result can be moved rotated and rocked from front to back. With additional pivots and their respective Limit Rotation constraints any number of edges can be available for rocking.

It doesn't seem you would need complex trigonometric equations here. You only wish to keep the object above ground(or on the ground), let's do just that.

You can set up a driver for z location with a scripted function that finds the lowest vertex and then adjusts the location of the object accordingly:

You would need to have this in a text block and check Register (Autorun Python Script will need to be enabled in the user preferences as well) so it runs when you open the file:

You can just run it manually as well.

Then you can create a driver for z location of your object and put the function as the expression: 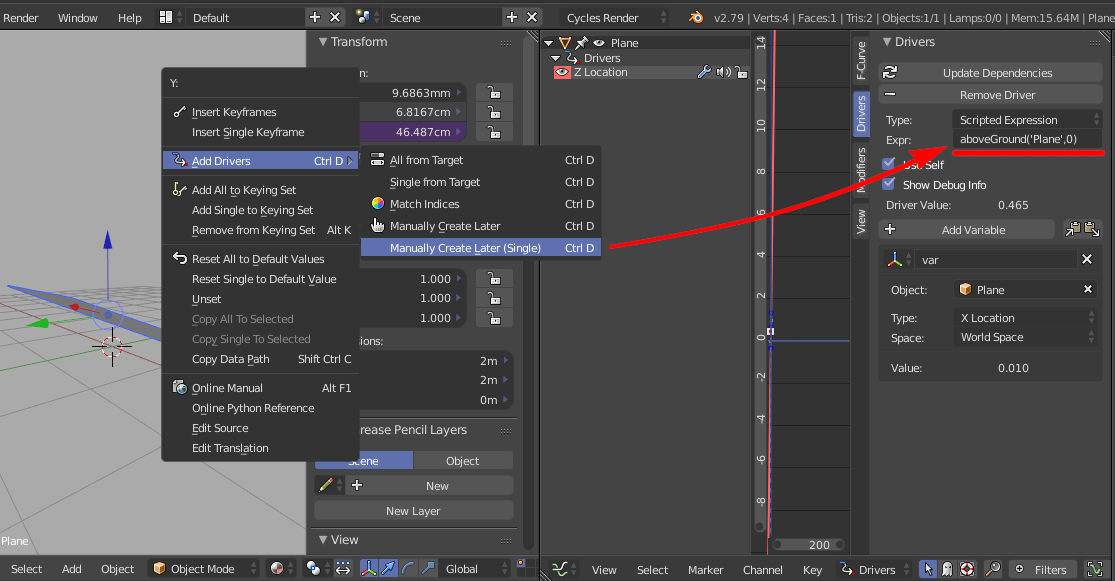 It would also be possible to have only a function that would correct the position while working so you could set keyframes. Sort of like a tool. You could use a scene update app handler for that. You could just register it when you need it and then remove it once you don't need it any more:

Not the answer you're looking for? Browse other questions tagged animation rigging drivers or ask your own question.

9
Python auto-execution disabled error
0
If a cube is rigged on all it's edges. How can I animate it so it tumbles forward forever?
0
My bone keeps on rotating. Need a little help with constraints
1
How can I roll a cube (around its edges) with armatures?

1
How do I fix the this rig to blend it's knees the right way?
2
How can I build a versatile camera rig which can both orbit around its focus and pan?
1
How to rig a bone that moves the entire object?
1
Rig moves mesh but not activly with the rig, only when move is done
3
How do I rig wings on my character that will work with rigify?