How to edit second skin of mesh created using solidify

Hello everyone I've come across a bit of a problem that I have been stuck on for quite some time now. I am currently making a prop revolver for an upcoming photoshoot, but I actually plan on making it look as realistic as possible with some blank gun internals. I followed a nice tutorial on how to use solidify on Youtube, but I haven't been able to replicate a specific move the demonstrator does.Tutorial on hollowing an object It's at the 11:28 mark of this video where I am currently stumped. The guy manages to separate the outside skin from the wall created using the solidify modifier. He then goes on to edit the inside skin. When I press the command V and L it selects the entire object not just the inner layer that was created. Any help towards finding a solution here would be greatly appreciated. I have linked the model below upon inspection you'll see that some parts the mesh has been compromised. 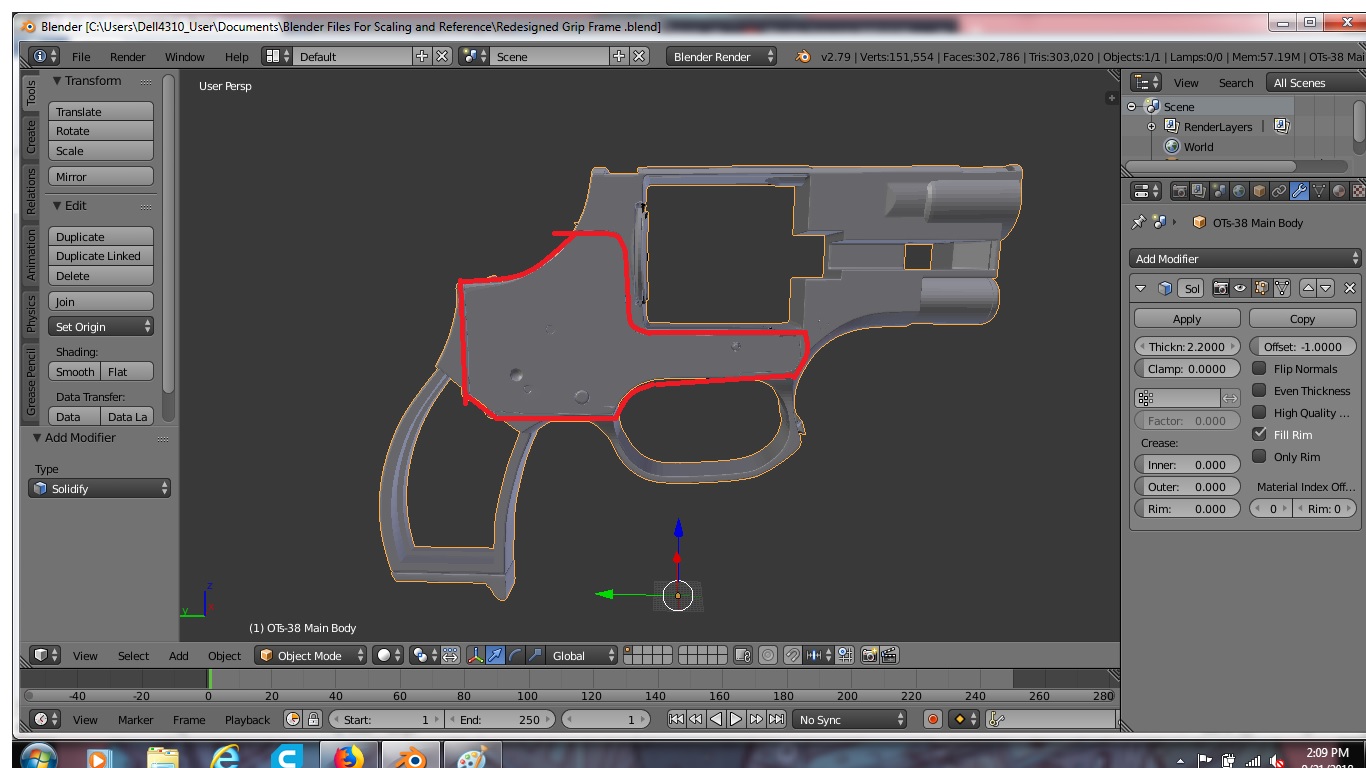 The red highlighted area in the picture is really the only area that needs that second skin, the rest needs to remain more sturdy. The Blender file is downloadable below.

The deer in your tutorial was topologically a sphere with one hole in it, so only one rim between inside and outside had to be found, and ripped.

Your gun has more holes than that; if you cut one rim, there are more left connecting the inside and outside.

This will separate your object into 3. Inside, Outside, and Rim.

You will note that the modifier has thickened some areas which are already shells with thickness, (e.g. around the barrel) and so some of the 'inside' surfaces are outside some of the 'outside' surfaces. This is quite confusing, and unprintable. I guess you're going to remove those, and seal up the holes.