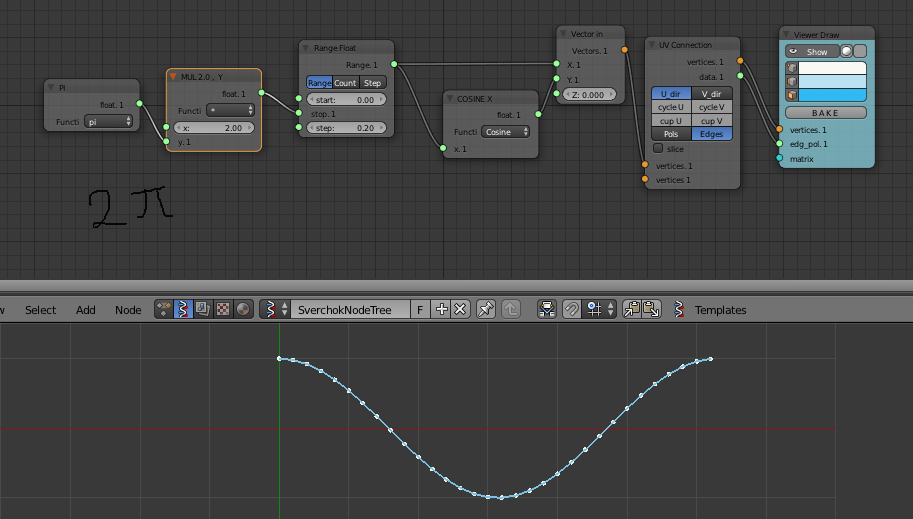 In case someone else stumbles across this question I've recently made an effort to implement something like this with blender plots. My goal is for it to have an interface similar to matplotlib and makes use of nodes for adding geometry/color etc. For the original example you could do:

to get the following in blender: