Use Anamation Node with texture to drive rotation

I was wanting to create an array of circles based on the vertices of a subdivide plane that could then have the rotation of say X be driven by a 2d B@W bitmap animation. Is there a way to achieve this if the plane had a uv map with the bitmap animation as a texture. I did see an example that used weight paint to drive position but that is not quite what I need. I'm very new to AN so apologies and thanks in advance for any help.

Welcome to Stackexchange! The first thing to do is to sample the values of the pixels of the image. This can be done using this small snippet of python code:

We are basically making a copy of the pixel values and only getting every fourth pixel, the pixels list include the values of all four channels of the image since your image is BW, we only get one of the values, hence the [0::4].

And the height using:

We then use the Distribute Matrices node to create the grid with the same width and height of the image. We use the Axis Rotation Matrix node to create a rotation matrix from the pixel values and multiply both matrices list. Depending on which version you are using, you will either use the Replicate Mesh node to replicate a unity triangle along the matrices or use the new Transform Mesh node to replicate the unity triangle as I will be using here. We then output that mesh and set the container object as the parent of your circle object and activate Face Duplication for the container object.

The pixels of an image have a grid structure, thus assigning the values of pixels to objects distributed on a grid is easy. If the objects are not distributed on a grid, then one would have to guess what the value of each object is, this is called an Interpolation. There are multiple types of interpolations, the simplest of which is called the Nearest Neighbour Interpolation, and this is what we will be using here. Basically the bounding plane of the structure is aligned with the image, then for each object, we find the closest pixel to it and assign its value to it. 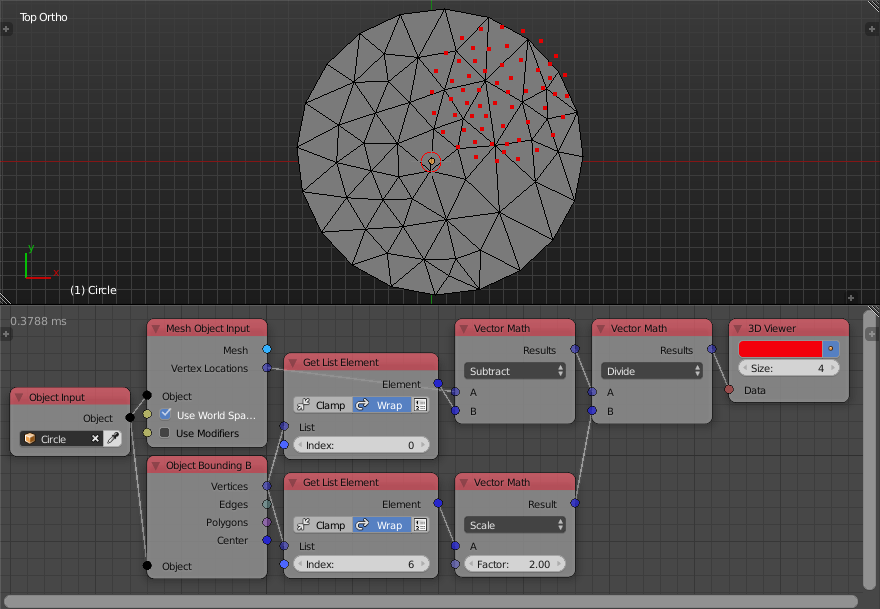 See the documentation for more info. Then we multiply the x location by the width of the image and the y location by the height of the image, that way, the bounding plane of the structure aligns with the image we imagined. By flooring the x and y locations we get an integer representing the index of the column and row of the closest pixel to each vertex: 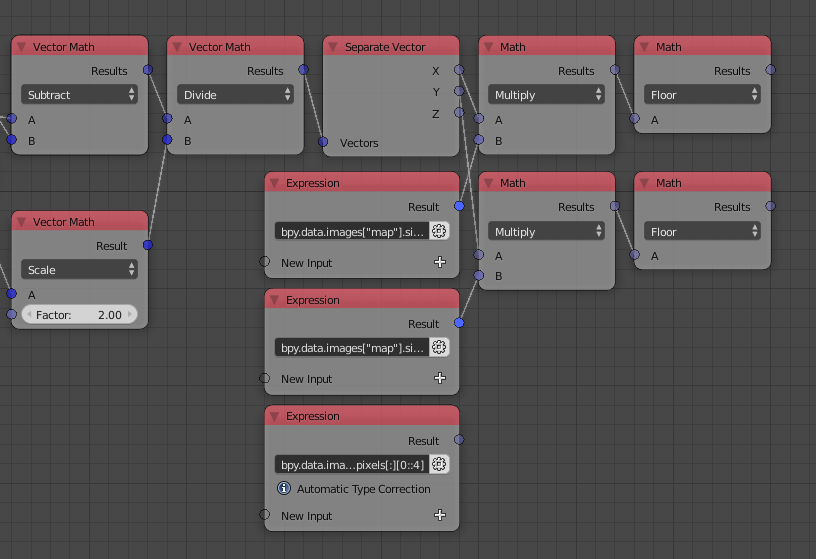 Linear Indexing can be used to compute the index of a pixel in a flat list knowing its column and row index, the equation is $\text{index} = iw+j$ where $i$ and $j$ are the indices of the rows and columns respectively and $w$ is the width of the image, by implementing that: 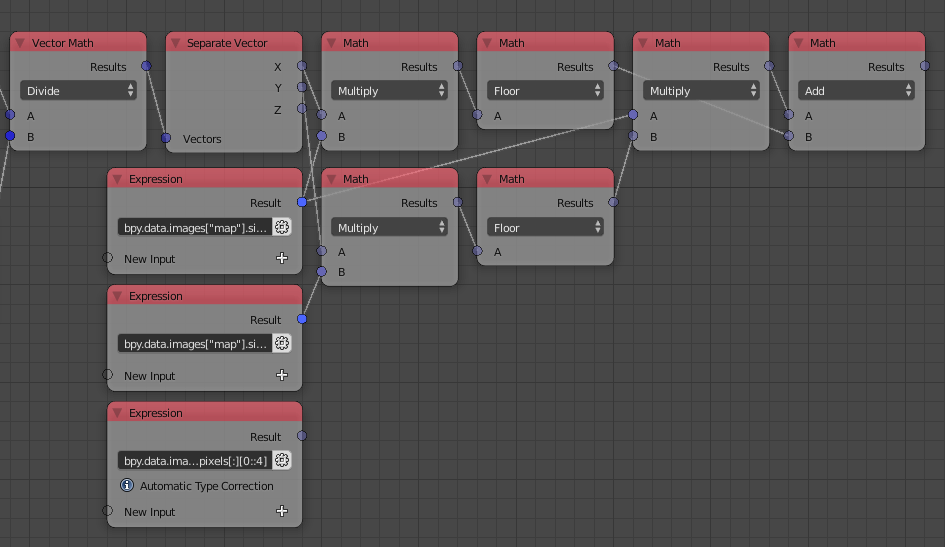 Now, all we have to do is sample the pixel values at those indices as follows: 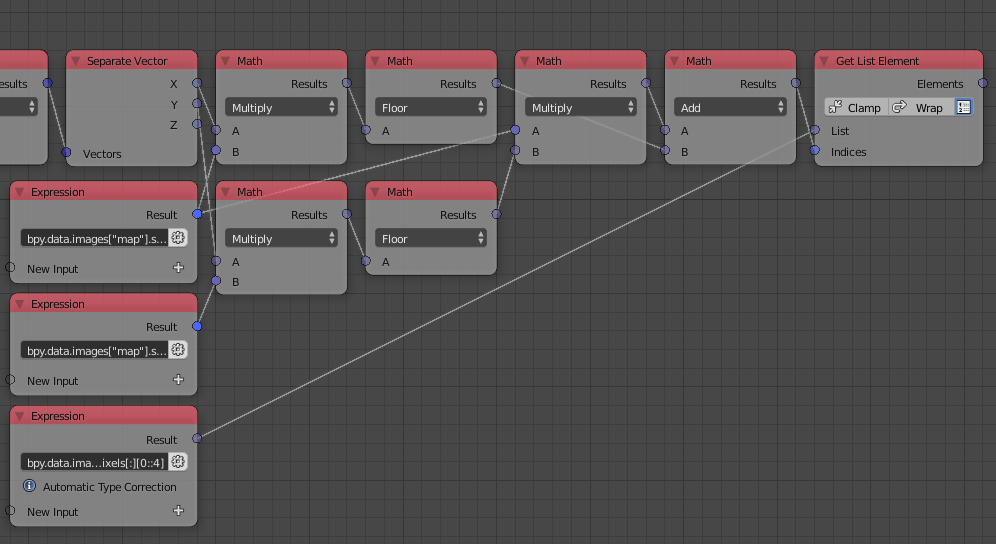 Finally, compute the matrices and use them just as we did before:

7
How to read pixels of a video from python API?
0
rotate objects based on pixel value of video footage

0
Weight painting. Should this be happening?
1
Animation loop test
0
Animation Nodes Replicate Object Dynamic Paint
1
Start a particle’s animation when it’s in a certain location with animation nodes?
0
Why can't I access the rotation and location values of an object moved with empties and constraints with Python?
1
Adding objects to an animation/0 sized object is still being rendered
0
Delay animation with Animation Nodes
1
animate Scaling part of an object driven by another object
0
Process to remove transparent background of an image plane automatically? (not alpha texture to transparency problem)
1
Double rotation hinge