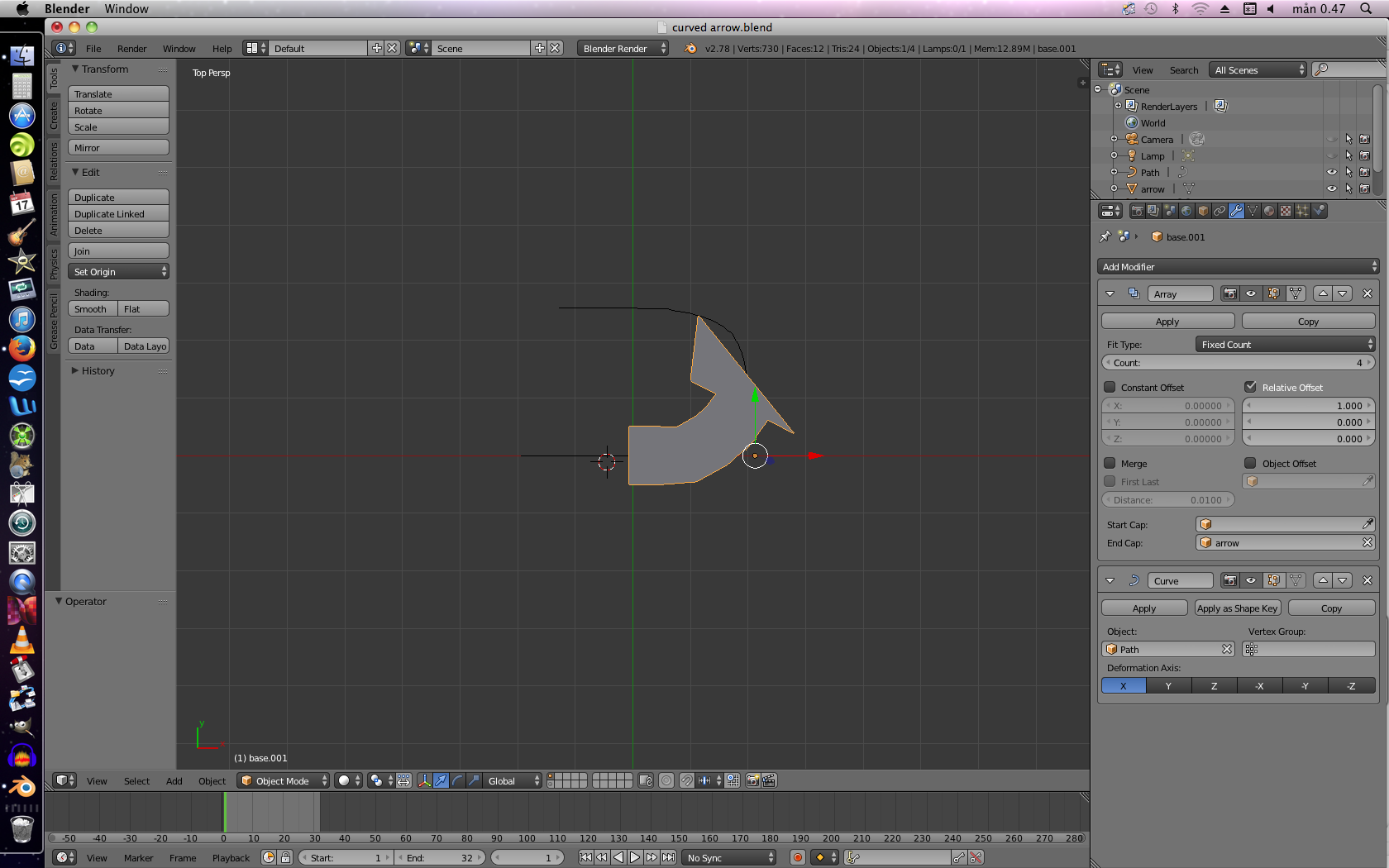 I think I have understood the basic principles of animating an arrow traveling along a curve. My problem is that my arrow becomes twisted as it travels along the curve. What is it that I do wrong? Does it somehow has to do do with the fact that I'm working in 2D

If you want your arrow to grow along the curve:

If you want your arrow to move along the curve:

You gave your arrow a Curve modifier while, for your purpose (follow a curve without deformation) you should have given it a Follow Path constraint.

Right now it is behaving like it is supposed to. You've given your arrow a Curve modifier, which means that it follows the curve you've chosen as Object and it deforms along this curve. As your arrow is big and doesn't have a high poly mesh, the deformation is a bit messy. Even with a high poly mesh it won't give anything great.

If you want your arrow to follow the curve without any deformation, you need to give it a Follow Path constraint:

Now if you want to control the speed of the arrow along the curve:

Not the answer you're looking for? Browse other questions tagged animation objects bezier-curves or ask your own question.

5
How to lock object rotation along a path
2
Keyframe Help With Arrow Keys
3
Rig a pre-bent curve to smoothly unbend
7
Exporting Animation with Modifier
0
Why can't I create a pipe from this curve?
2
2.8 Duplicates along curve but with animation
0
Advice on how to model this piece of a chair?