Why an object looks darker after Applying Scale and how to fix it?

I was trying to create a symmetric wall by doing:

And the color of the object changed. 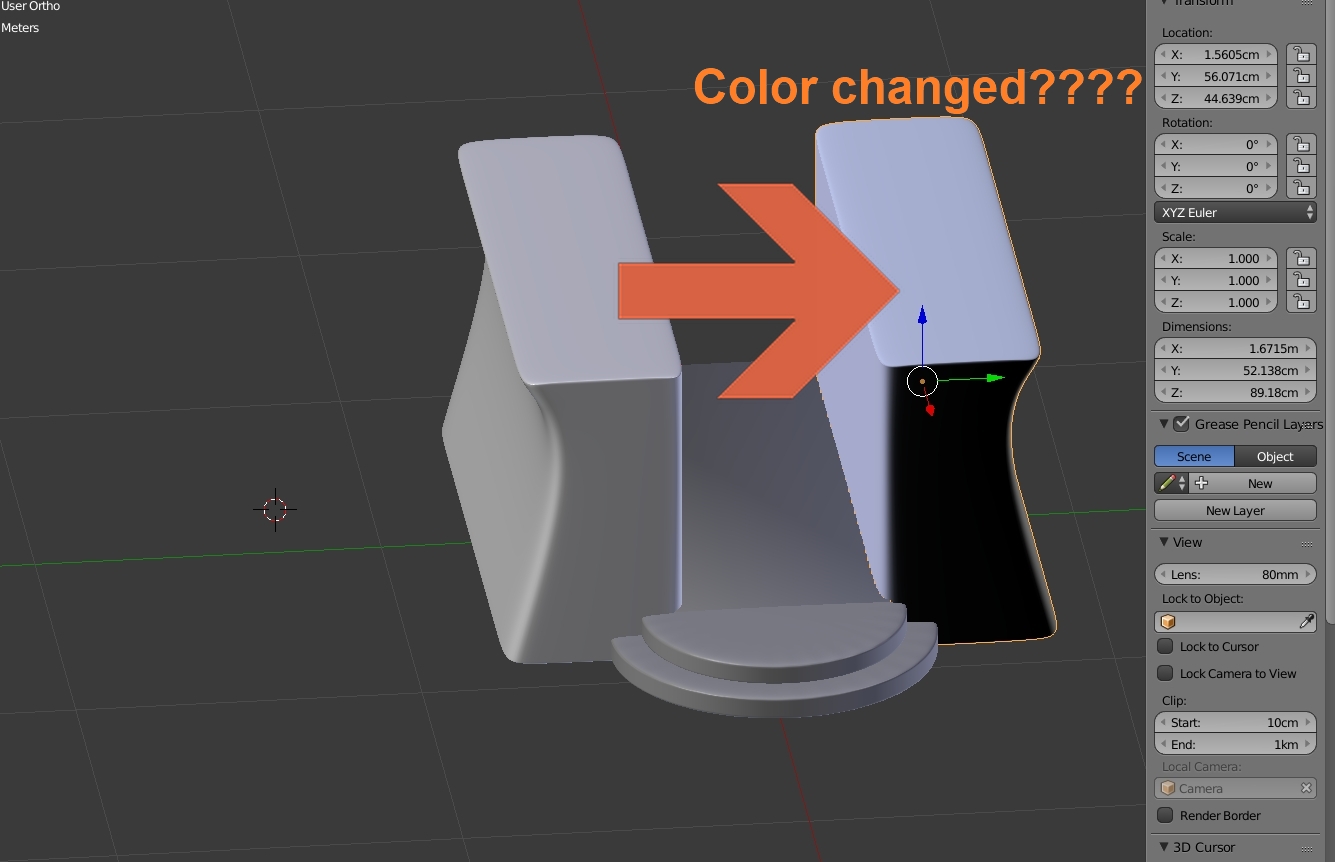 How can I change it back?

Blender does not fix surface normals(vectors defining surface direction) automatically when you invert the geometry so they are pointing the wrong way - to the inside of the object. The best thing to do would be to flip the normals: 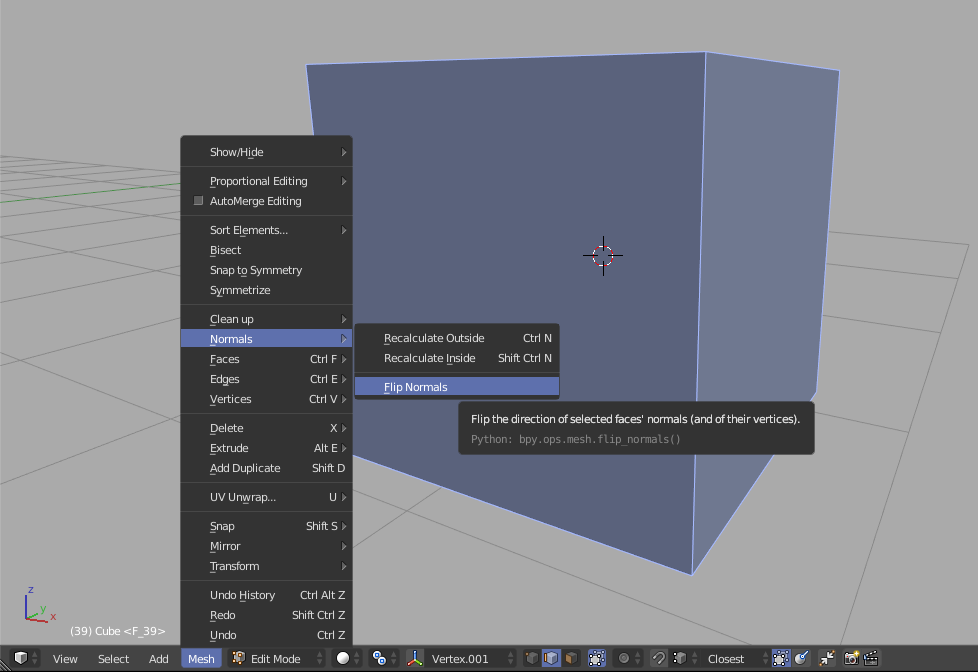 Note that you need to be in edit mode and have the geometry selected. You can also reach this function from Faces menu that can be called with ctrl+f, you can just hit f once the menu is called - that's a very quick way to reach the function.

You could also use Recalculate Outside(ctrl+n) or Recalculate Inside(ctrl+shift+n) functions, however this might lead to undesired result if you have a mesh that has normals already set up in some particular way or if you are working with geometry that the automatic algorithm may not be suitable for (for example simple planes might confuse it since it cannot determine where the outside should be and if you have a few disconnected planes in one object that might be a problem). Most people will advise to recalculate normals in this situation, however it is a lot more logical to just flip them instead if you know that the problem is caused by inverting the geometry(scaling with a negative value).

Not the answer you're looking for? Browse other questions tagged modeling objects 3d-view or ask your own question.

1
Problem with object made from joining objects that both had mirror modifiers
1
Can I change the default increment amount for an object's Transform properties?
0
How do I flip a leg?
1
How to move an object along given normal after applying rotation
0
Using Alt-D Versus Shift-D
0
Scaling on X axis changes XY axis angles
0
How to zoom in and use the scroll orbiting with a 1mm object?
0
How to scale and move a mesh to specific location and axis in Blender 2.8