Using drivers to animate the opacity of a strip in VSE

my final goal would be to use Blender VSE for video editing, where I'd overlay a strip over a background video when there is sound in the corresponding audio track, so basically, the volume in an audio file drives the opacity of one video/still image track.

I have followed the instructions found here: Have a video sequence be driven by an audio track , and it works just fine, except it slows down rendering quite a bit, which is for my long form videos (30 to 90 minutes long @25 fps), just too much time and wasted computing power in my opinion, and since the linked content, 4 years have passed, and a lot of new Blender versions got released, so I just hope there is an other way to make it work.

I tried a workaround by adding a custom property to the sequence, I baked the F-Curve from the audio file, but I can't use that property for a driver, as when I'm adding a variable to the driver, I can't select "Strip" as "Prop": 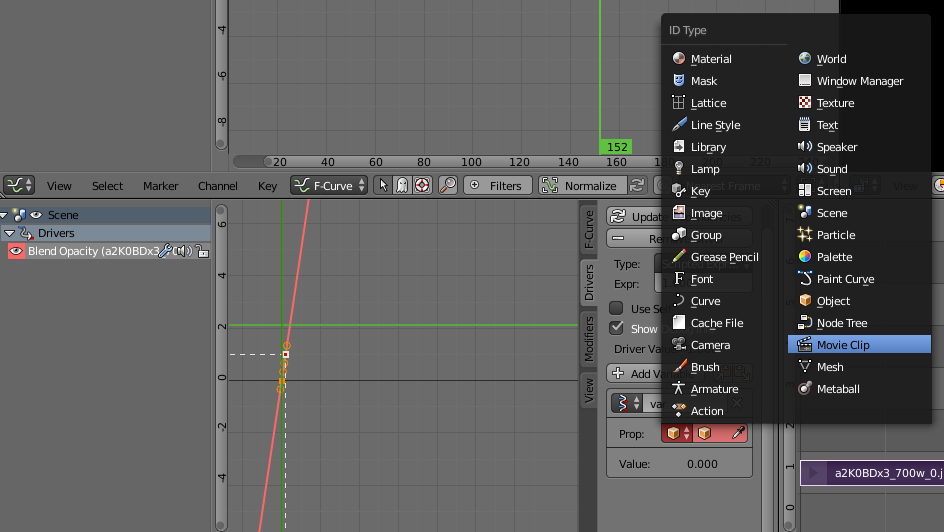 So as I can select Object, I just select a random object, and past the data path from my custom property, but it gets red, so I can't fool Blender just by adding the data path.

Is there any way to get source for my driver on the Sequencer, so I don't have my source (the Empty) in a hidden scene? Or is there any workaround to force Blender to get the F-Curve defined data from the Empty even though the Empty is being animated on the scene that is not on the Sequencer?

(I have tried that I just manually define the F-Curves using keyframes, that doesn't work either, so the problem is most definitely not with trying to bake the F-Curve from sound, and it clearly works if I superimpose the scene on top of everything, and multiplying.)

Thank you very much for any ideas.

Browse other questions tagged video-sequence-editor drivers or ask your own question.

12
Have a video sequence be driven by an audio track

12
Have a video sequence be driven by an audio track
1
“Holdout”-alike Effect Strip for Frames in the VSE?
4
Change or update audio start with video texture start frame
1
Unmetaing strip cancels cuts
1
double instance of sound when using VSE-scene strip in another scenes VSE
1
How to use all the audio and video strips in the VSE as a video texture?
0
Workflow for adding audio to scenes and combining them in the VSE