Cloth physics : drop/unroll a cloth sheet from the top of a building

I'm working on a project and I have a video shot where I would like to drop a cloth sheet through the top of a building - Well, it's not exactly a sheet, it's a banner, but that is the idea. 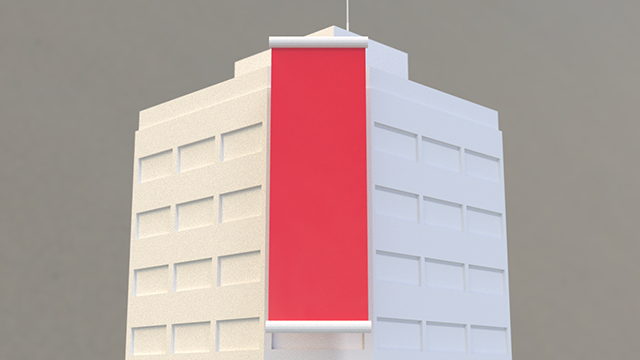 At the start of the animation, I would like the banner to be "rolled" or something (not deployed), then that it deploys itself using gravity. There should be pins at the top (to fix it) and a weight at the bottom (so the banner doesn't "fly" to much). 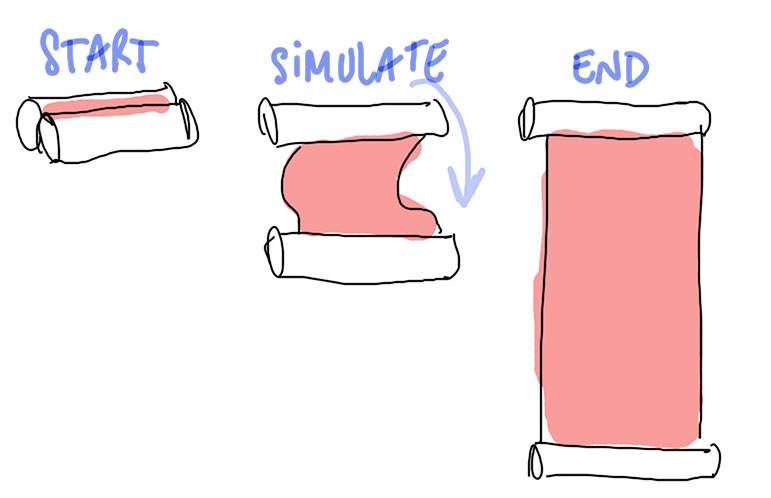 I started to work on it: I have the cloth, I have 3 vertex groups (topPins, bottomPins, allPins), the topPins are attached to the top cylinder and the bottomPins to the bottom cylinder; which has rigid body enabled.

But I guess there is other things to do since... It doesn't work : the bottom cylinder keeps falling - and instead it should remains attached to the cloth, depending of its physic resistance/elasticity, I guess. 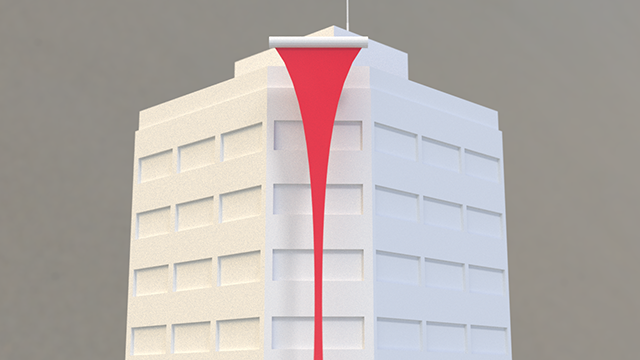 Also, I don't know how to handle the start situation.

Could someone help with some advices ? Here's the .blend file if you want to check.

If this is too complex, I think i'll end up with a simplier idea (just wind on the deployed banner)

I found out this on Youtube. It looks like a great idea (roll the cloth curtain before unrolling it).

I had several attemps but cannot reproduce its setup; maybe because of the Blender version ?

My actual .blend here if anyone wants to try...

Here is a quick and dirty implementation of that idea:

You need to stop the fall of the bottom cylinder at some point.

Using the animation keys, make the bottom cylinder falls from position A, banner rolled up at the top, to position B, banner fully deployed. Once it's at position B, make it not affected by gravity anymore, so that it remains in place and your banner remains fully deployed.

As for making the banner unroll, you could use a curve on the banner object, make it tightly rolled like a spiral, then animate the curve to make it go from a tight spiral to a straight line as the bottom cylinder falls, which would effectively look like the banner is unrolling from the top.