How to make the film transparent for other render passes?

I have a scene to be rendered with Cycles with multiple passes like AO, diffuse dir-indir, normals etc.

Now the problem arises over here that I'm getting only the beauty render (i.e. the combined final render) with alpha/transparency, but I want all of my render passes to be transparent where there's no background.

Rendered passes should be treated as RGB and added/multiplied together (passes are light emissions from each component, therefor they have to be added together, with a few exceptions that require multiplication, like color and AO passes).

Up to that point, it's better to leave alpha alone, as you're dealing with the emissive aspect of the image.

Once you have your plate emissions composited properly, it's time to take care of the occlusion (provided by the alpha channel).

Blender has a handy node for that: The Set Alpha node. Just plug the result of the combined passes to the first socket (Image), then plug the rendered alpha channel to the second socket (Alpha).

The result will be a properly associated alpha image, with all the passes combined.

DON'T DISSOCIATE ALPHA using an Alpha Convert node! You want to keep it associated, so you can composite your image over a background using a Alpha Over node straight away. 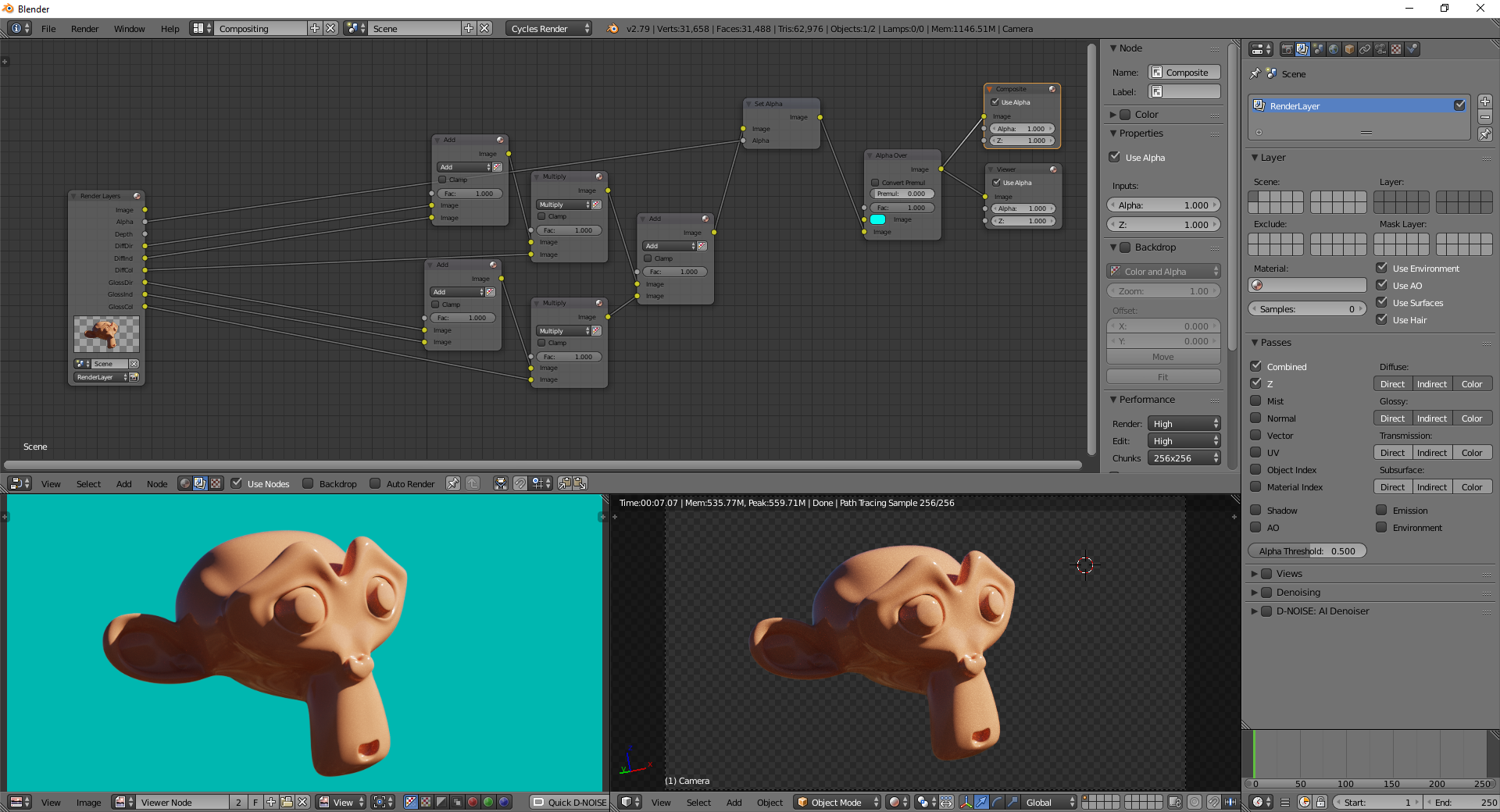