I've been working on this gun model and all was going well until I tried importing it into another blender save, I then realized that the imported FBX's parts deform when I rotate them, this does not happen in the .blend save of the model however. I have tried un-parenting all the children and then reattaching them and exporting it and re-importing it again but still whenever I rotate a child of the main weapon it deforms and stretches. No idea what's causing it, it's especially strange because it doesn't occur in the .blend save of the model but does if I import it into a blender save. Here are some screen shots for example. 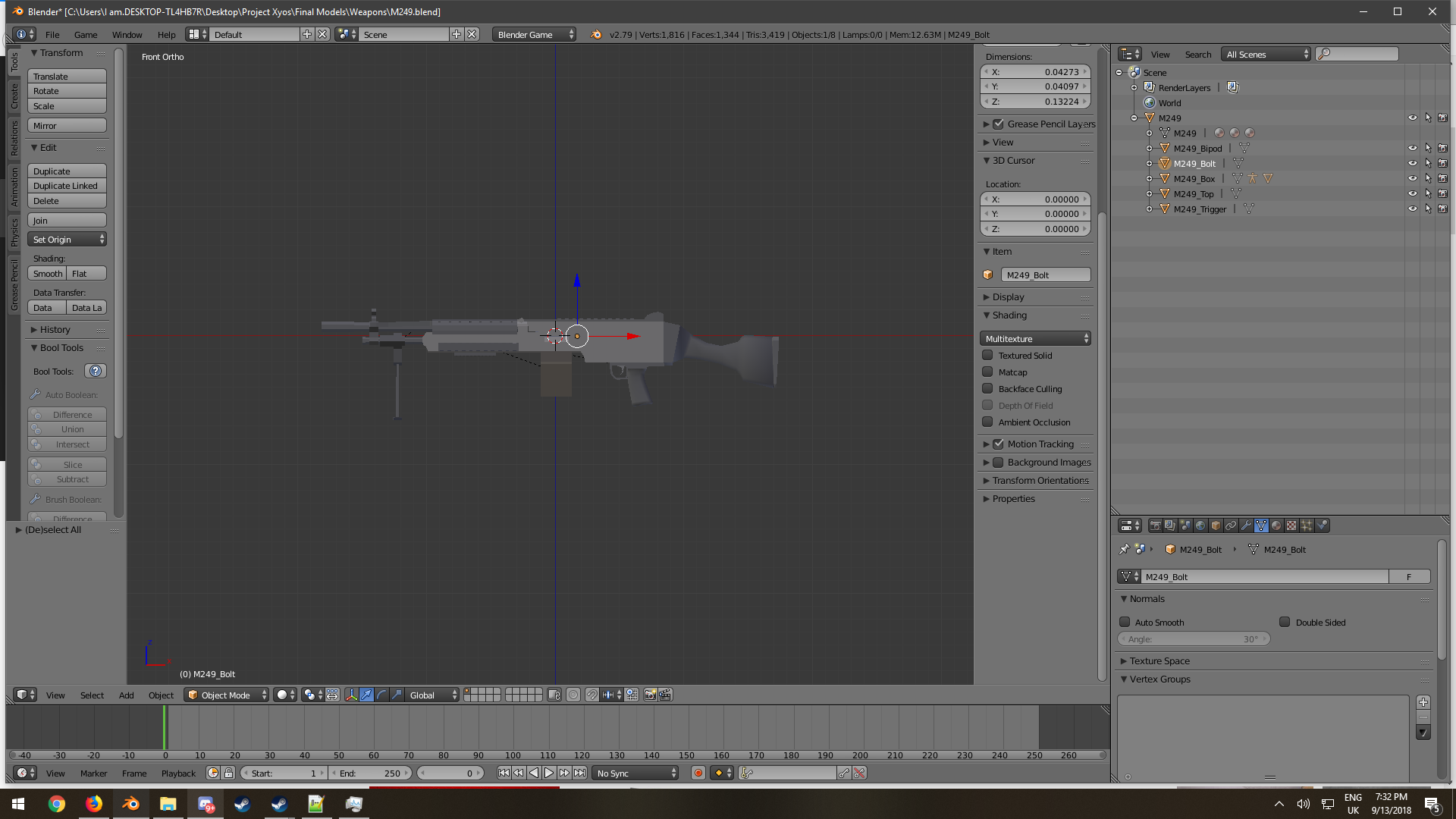 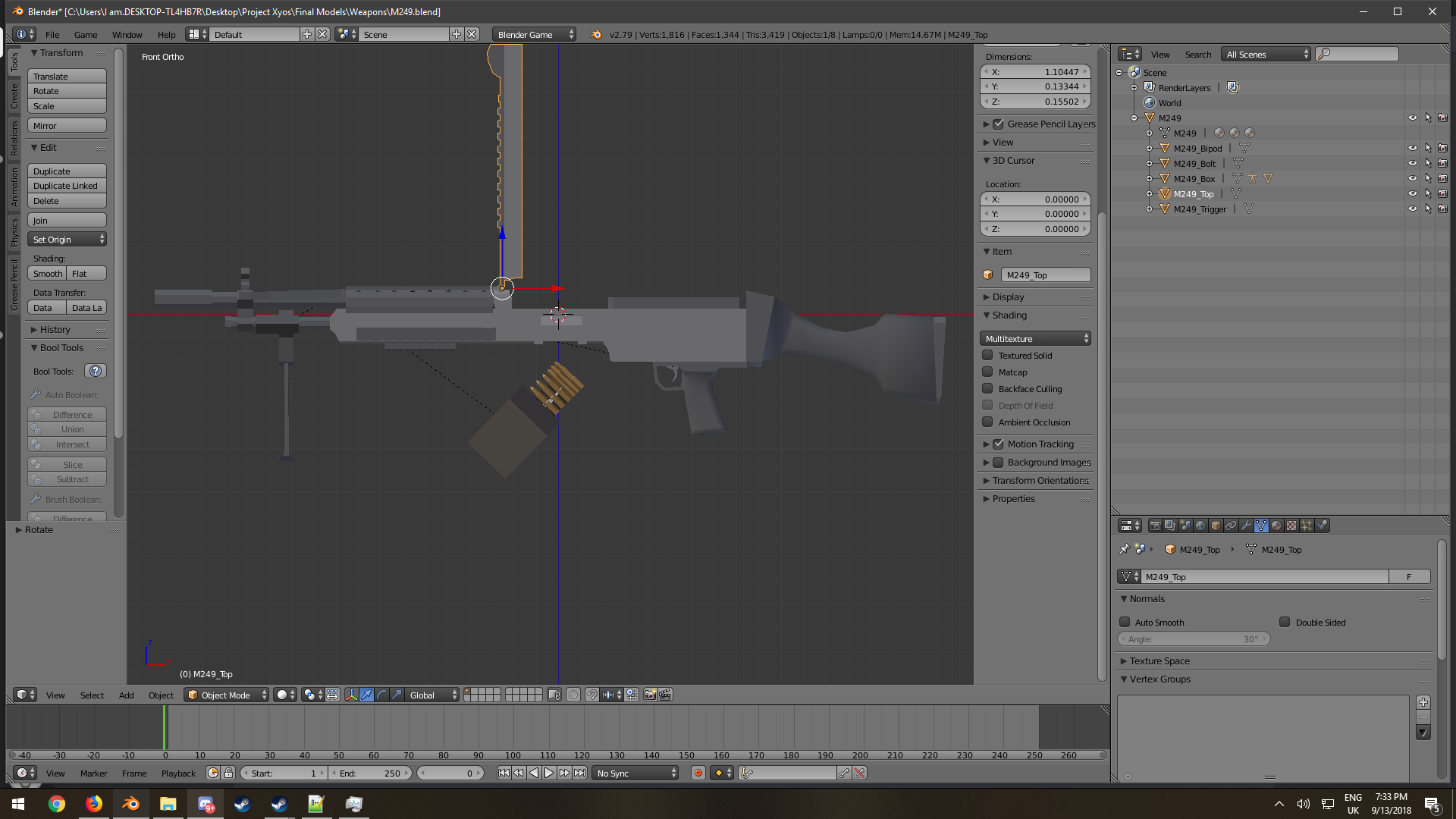 Rotated Children on same model, but reimported (Above): 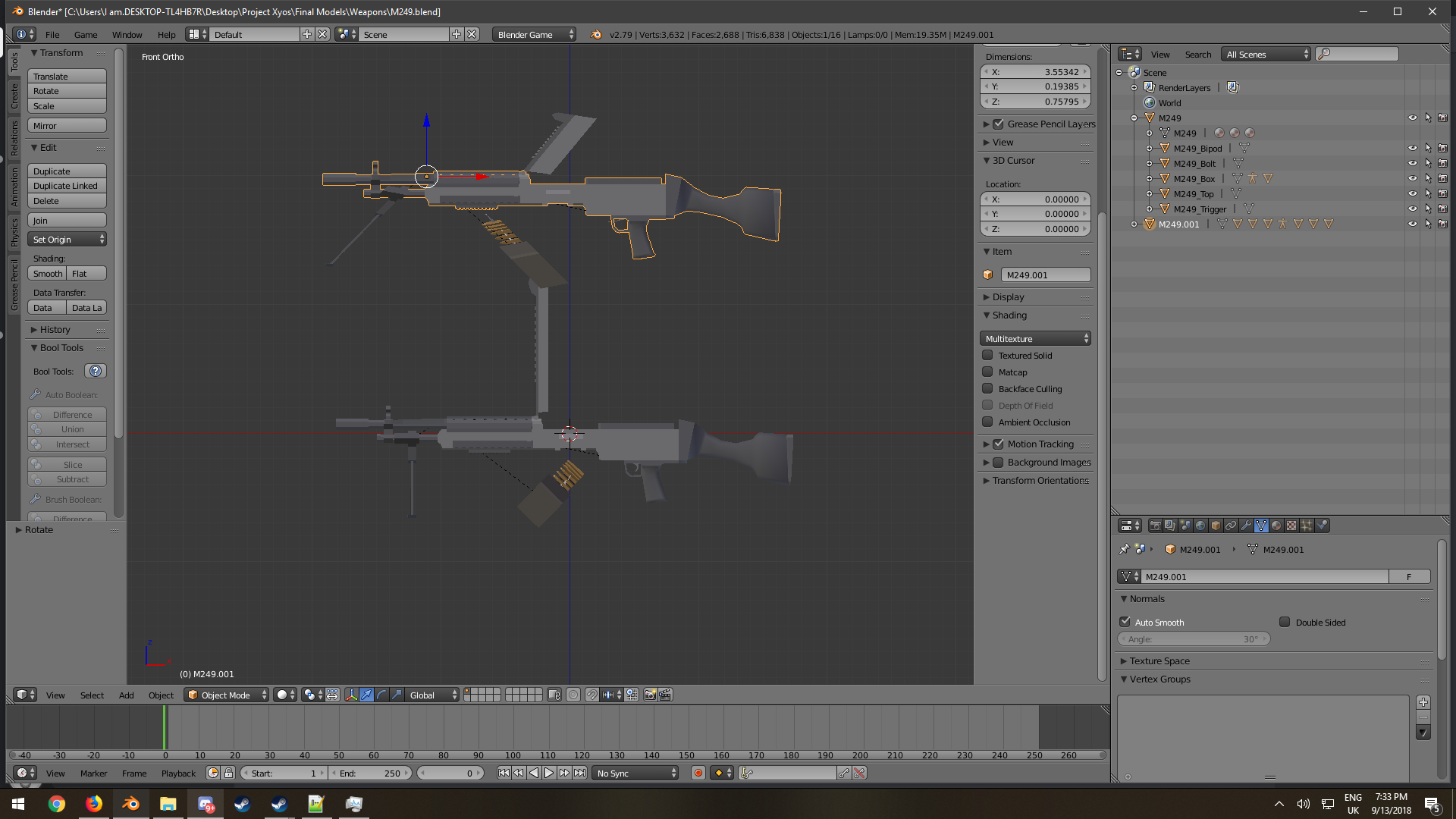 Thanks, any help or suggestions would be appreciated, I'm stumped. <3

Make sure you apply all rotation and scale to the children before parenting them, having weird scaling can produce those results.

You can do this by selecting the child in object mode and pressing Ctrl+A and selecting "Rotation and Scale".

Not the answer you're looking for? Browse other questions tagged modeling export import transforms .fbx or ask your own question.