Why does Blender seem to freeze when I run this script?

I'm extremely new to Blender. I've watched a few guides on modelling, rigging and animating and have made myself a character with a bunch of animations. But I'm not looking to export the model, I'm instead looking to save the animation as a batch of sprites from an isometric view.

I found this script just googling "blender render isometric". However when I run the script blender freezes for a few seconds and there's no file to be found. I don't quite understand how scripts are executed. 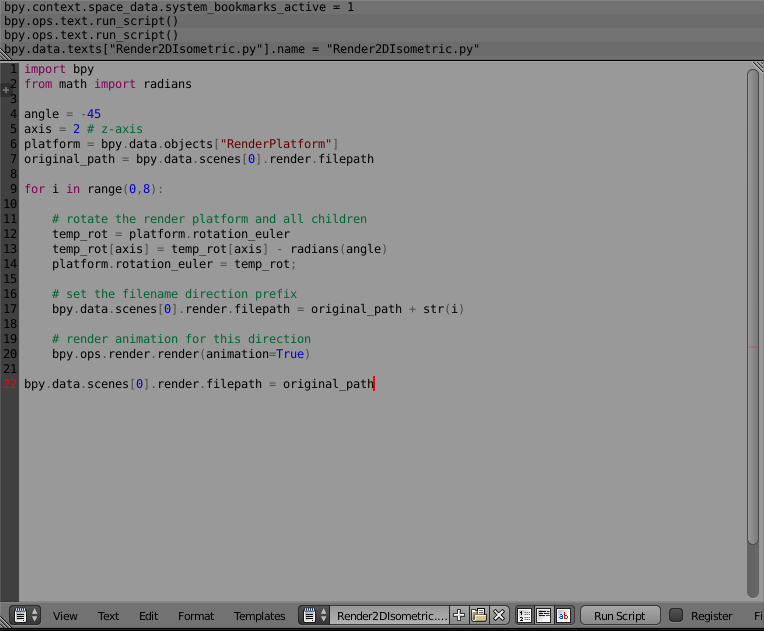 Blender freezes because it's running the script and rendering out the frames. If you look at the System Console (Window -> Toggle System Console) while it runs, you will see the frame numbers and the filepath listed as each frame is rendered.

The amount of frames rendered depends on your Frame Range. By default this is set to 250 frames. Since the script renders out frames 8 times, this would be a total of 2000 frames. Blender will be frozen while this runs, which could take a few minutes depending on your scene and system specs.

4
How to run script on Blender Quit
4
Batch render script
2
Why this script doesn't run as expected?
0
Isometric Render script