How to fix ugly lines in my mesh? [duplicate]

Ask Question
Asked 3 years ago
Active 2 years, 5 months ago
Viewed 2k times
2
$\begingroup$
This question already has an answer here:
How can I smooth a triangle fan? (1 answer)
Closed 3 years ago. 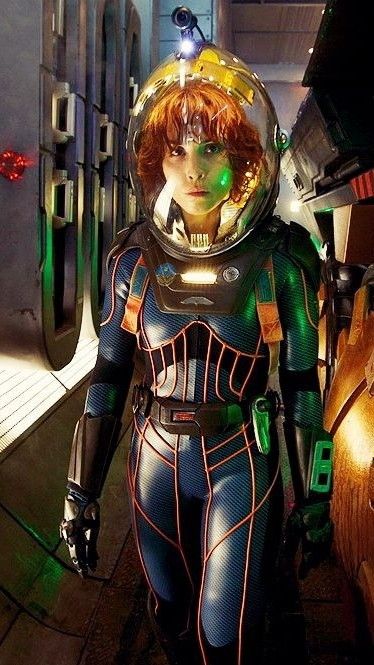 I know my mesh is far away from look like what I want, but I'm kinda newbie so I'm trying the best with what I got.

Without subsurf (just for let you know how it looks without it): 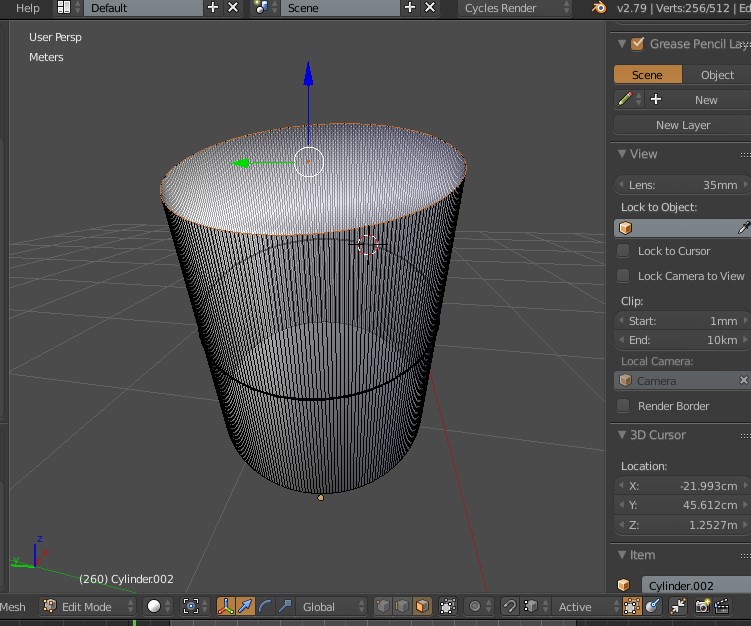 Base mesh with subsurf: 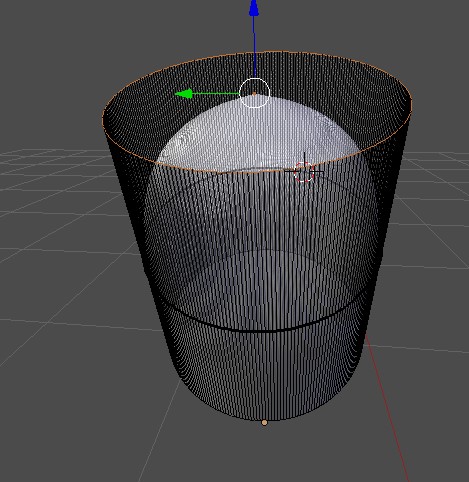 How can I get rid of those weird and ugly lines or achieve similar form?

Thank you for helping guys!, got something similar @Manu Järvinen , @Leander, @miceterminator 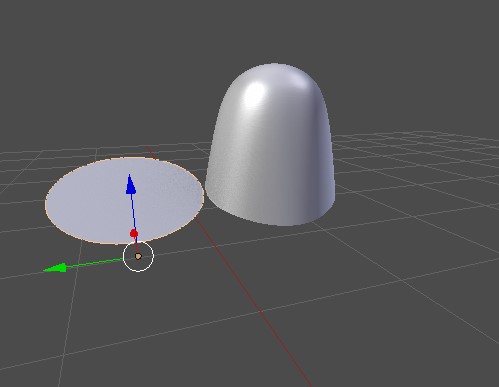 EDIT: haha, Leander beat me to it by 3 minutes with the same kind of answer :)

For the reference image type of helmet (a stretched sphere) I definitely would start with a cube that has Subsurf modifier applied: 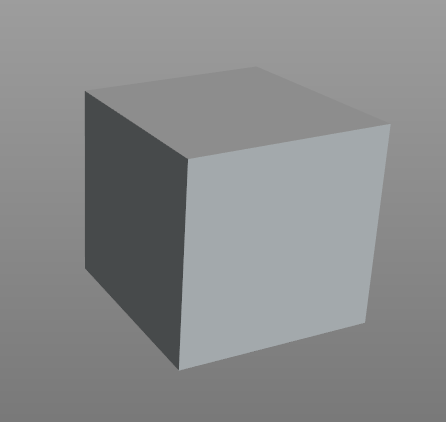 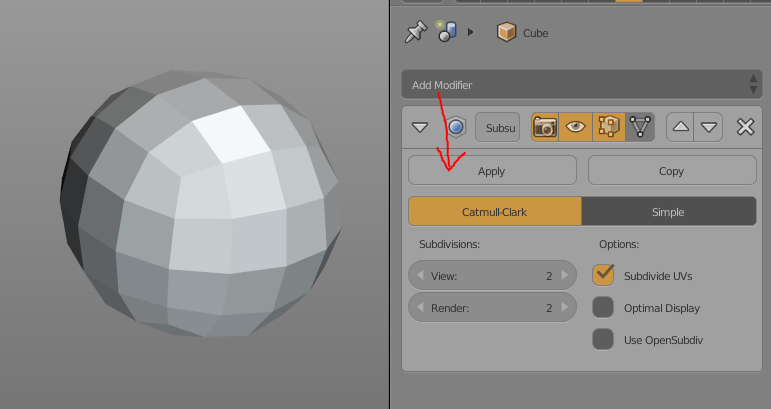 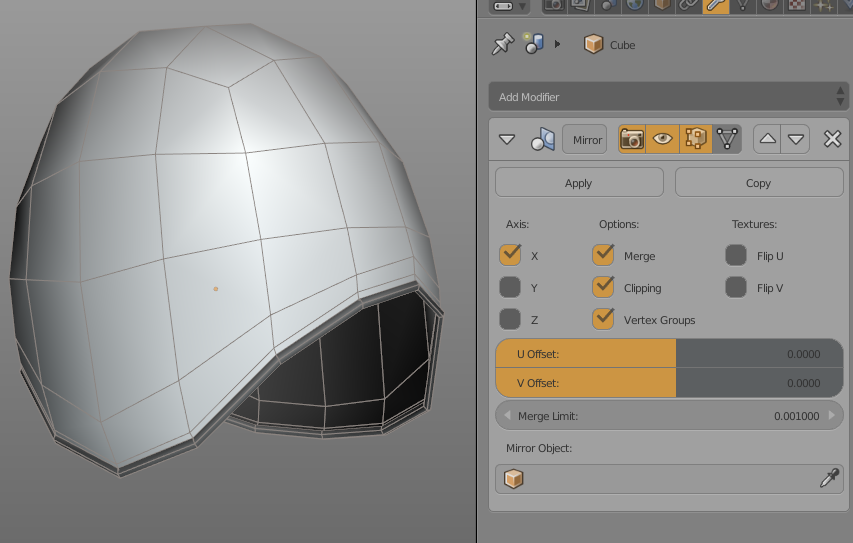 After that, just add a new Subsurf modifier to it and it's smooth as silk and still quite easily editable: 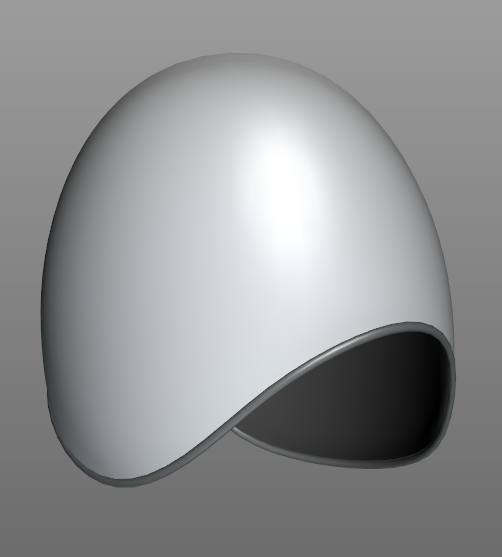 Even at the risk of sounding demotivating: You can't subdivide a cylinder and call it modeling. I'd advise you to follow some basic modeling tutorials, before creating objects of your own.

Your cylinder contains an n-gon, a face with more than four vertices and four edges. Ngons don't work well with the subdivision surface modifier. Create the topology from quads (faces with four vertices). See Manu's answer for a possible workflow. I just started with the default cube and did the subdivision with the specials menu (W). 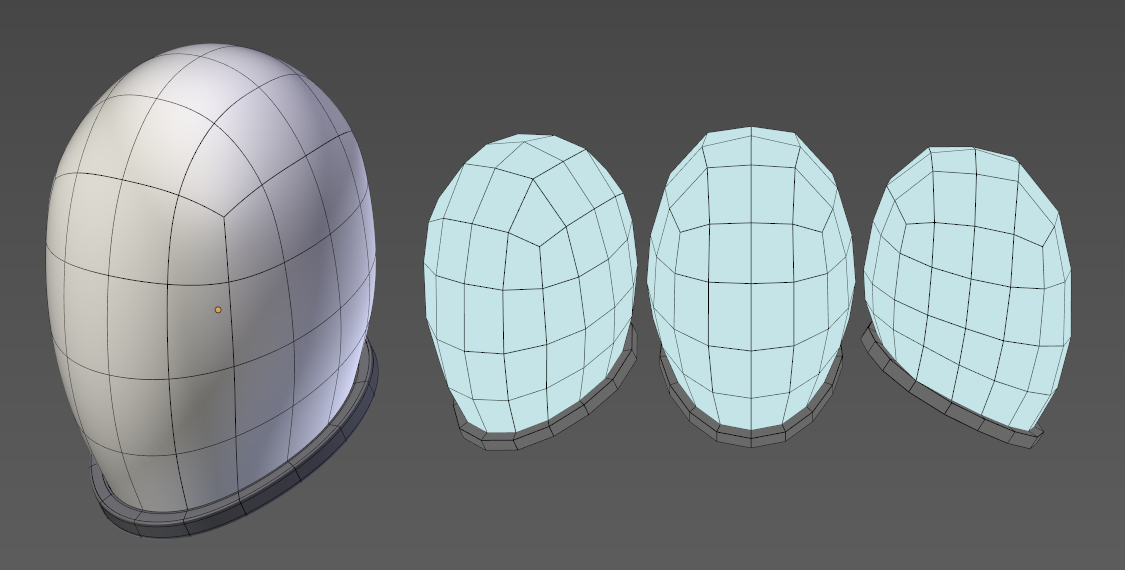 miceterminator's answer states to start with a halved sphere. While this may be a good starting point, a sphere intially has triangles, which produce non-smooth geometry with the subdivision modifier.

Here are things you want to do:

Here are some useful modeling commands.

I think that starting with a cylinder is a unfortunate choice.

I would suggest 3 different approaches:

5
How can I smooth a triangle fan?
1
Modeling a wine glass with spin tool
1
Important Blender shorcuts for object modeling
2
Why does my Python script "Onionize" my cone?
1
Why does my object become so rounded when adding a Subsurf modifier?

2
How to model a mesh of curved axe?
2
How can i get a smooth rendered surface (without weird vertex lines)
0
Subdivision surface creates thorn-like artifact/curve (Blender 2.8)
1
How to model multiple lines along random paths
2
How can I create a round bevel for this area without creating artifacts?