On the picture bellow there's a model i've been working on. At first, the mesh was pretty clean and optimized, with just enough vertices as it needed, but that was before i used the Subdivision Modifier. The mesh itself looks good after the modifier was applied, but in edit mode, the topology got pretty cluttered and hard to work with. The pill shaped cutout you see on the picture is something i want to extrude and then bevel, but the topology screws it up and i end up getting a deformed mesh. Here's the picture: 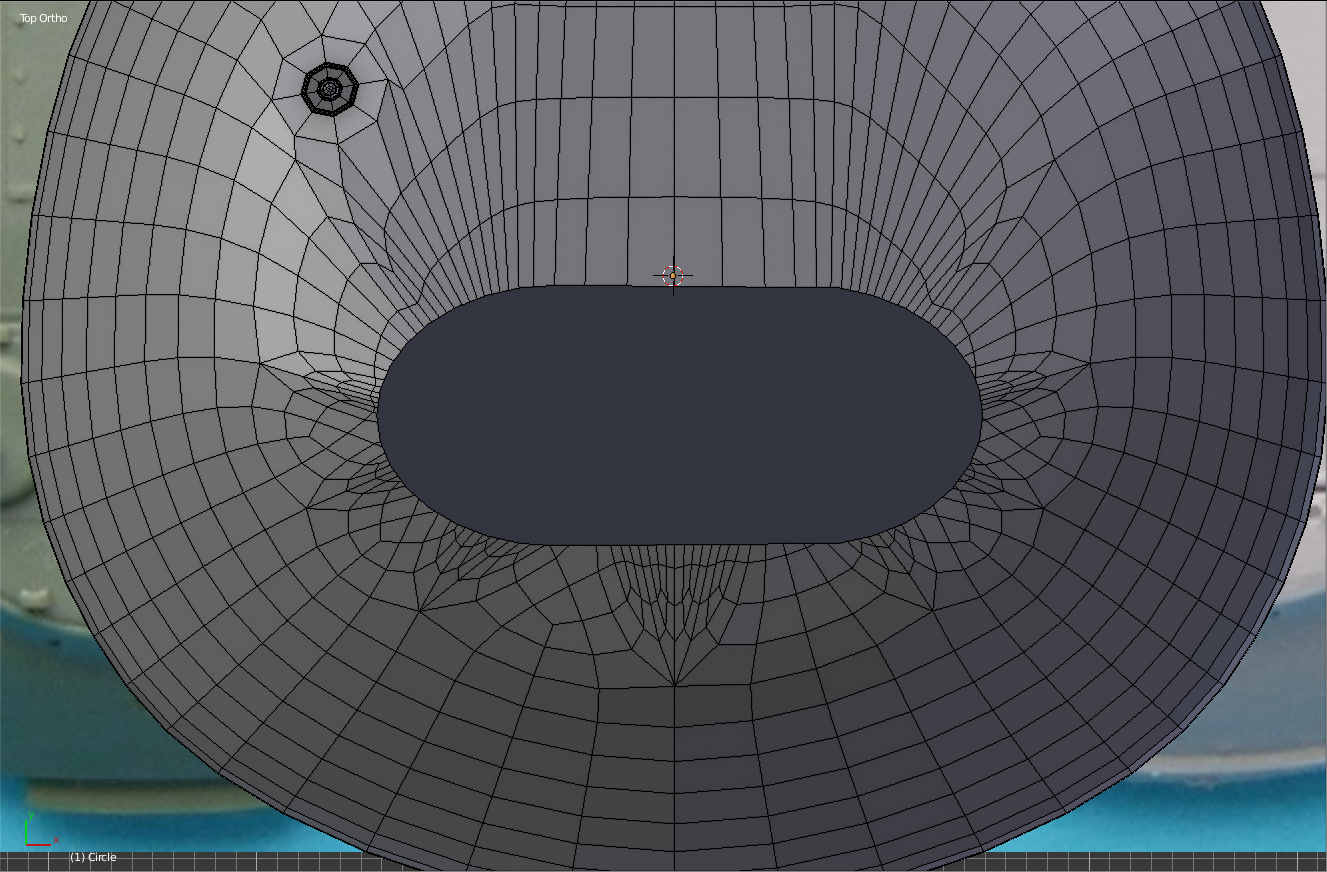 What i want, is to "simplify" those strange shapes and make them like the rest of the topology; quads with no triangles or god forbid N-gons. Using dissolve makes n-gons and manually fixing the topology is going to be longer than the project itself.

It looks like you're trying to cut holes in a quarter sphere (well, kind of). Maybe beginning with a UV Sphere (i.e. concentric circles) is not the best way. Here is a try, beginning with a cube:

0
retopologizing large irregular ngons
2
Boolean Modifier removing parts of my object
2
Converting the Sponza Palace ceiling into square-like faces
2
When UV Mapping, can my mesh contain triangles or N-gons?
1
How to quickly fix (or avoid) the n-gons caused by boolean operation?
1
How can I clean up Boolean operations?
1
Reducing hard surface topology
1
Efficient Landscape Mesh Optimization