Procedural texture is not visible in render

I made procedural texture, but it is only visible in material viewport shading but not in rendered view or rendered image.

Can anyone please advise me what is wrong? 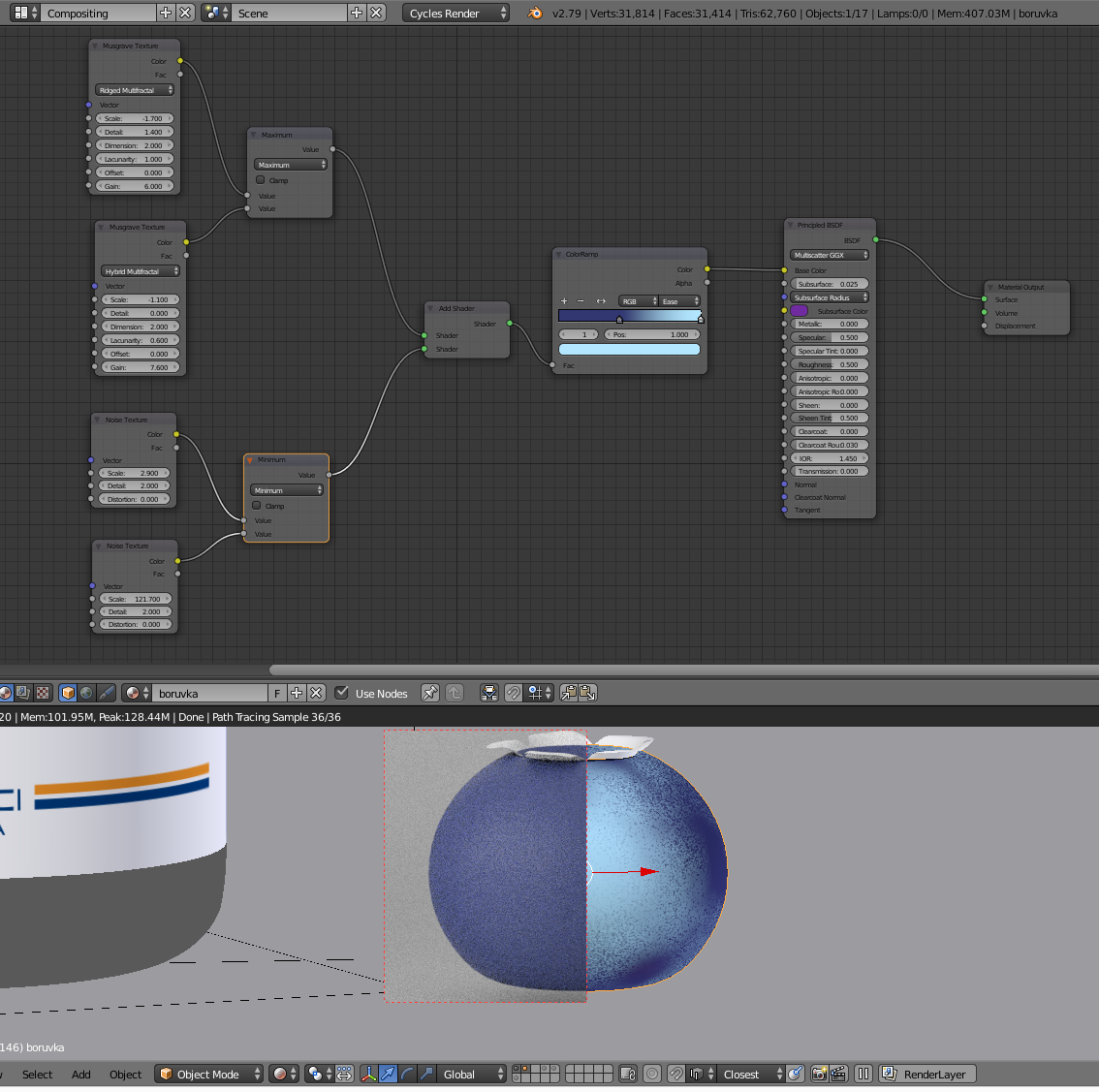 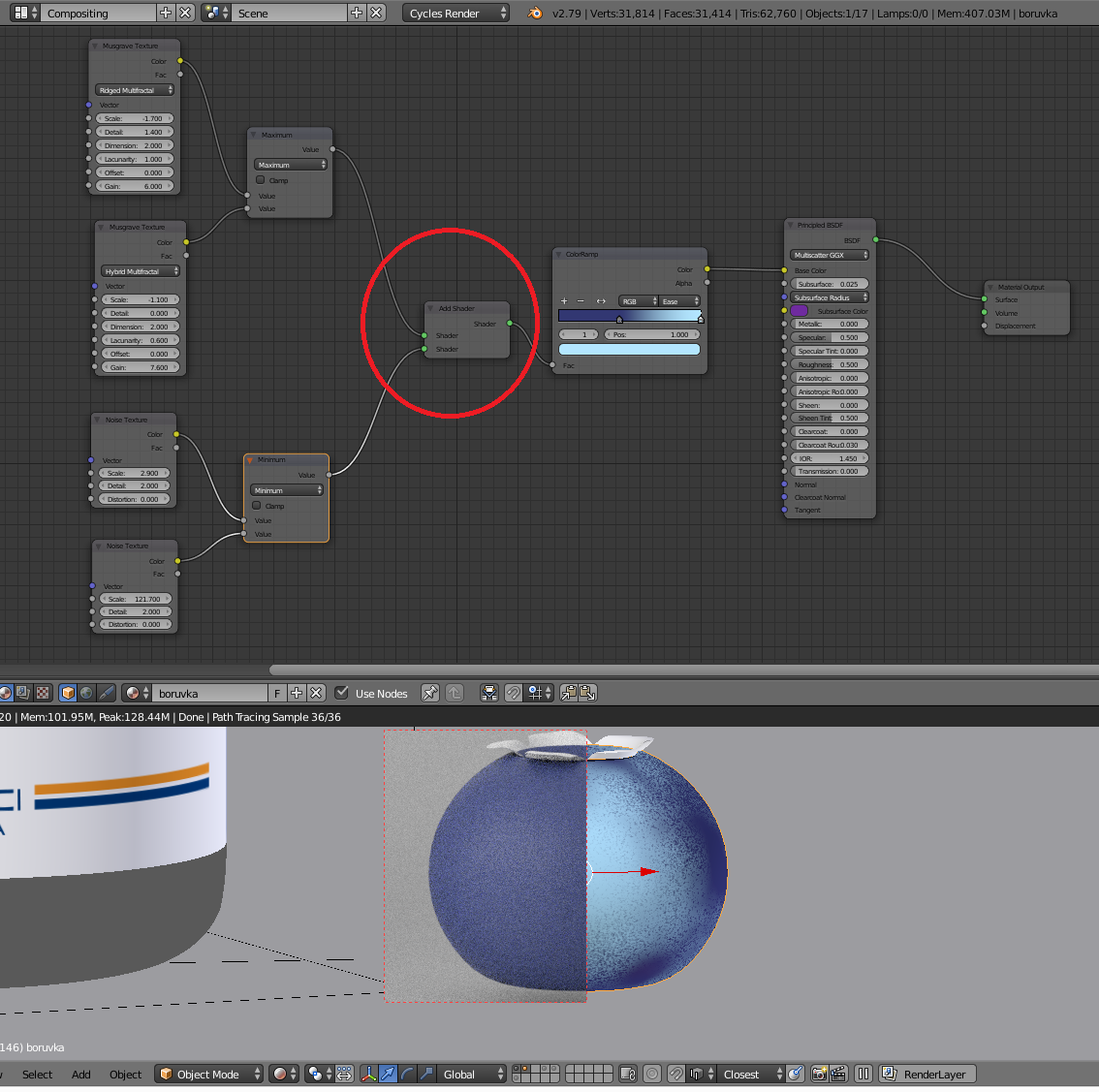 In the place of the 'Add Shader' node, use 'Math' node and change it to add.Math node can be accessed by Converter>Math 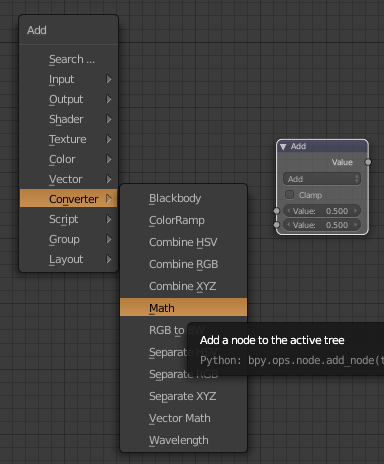 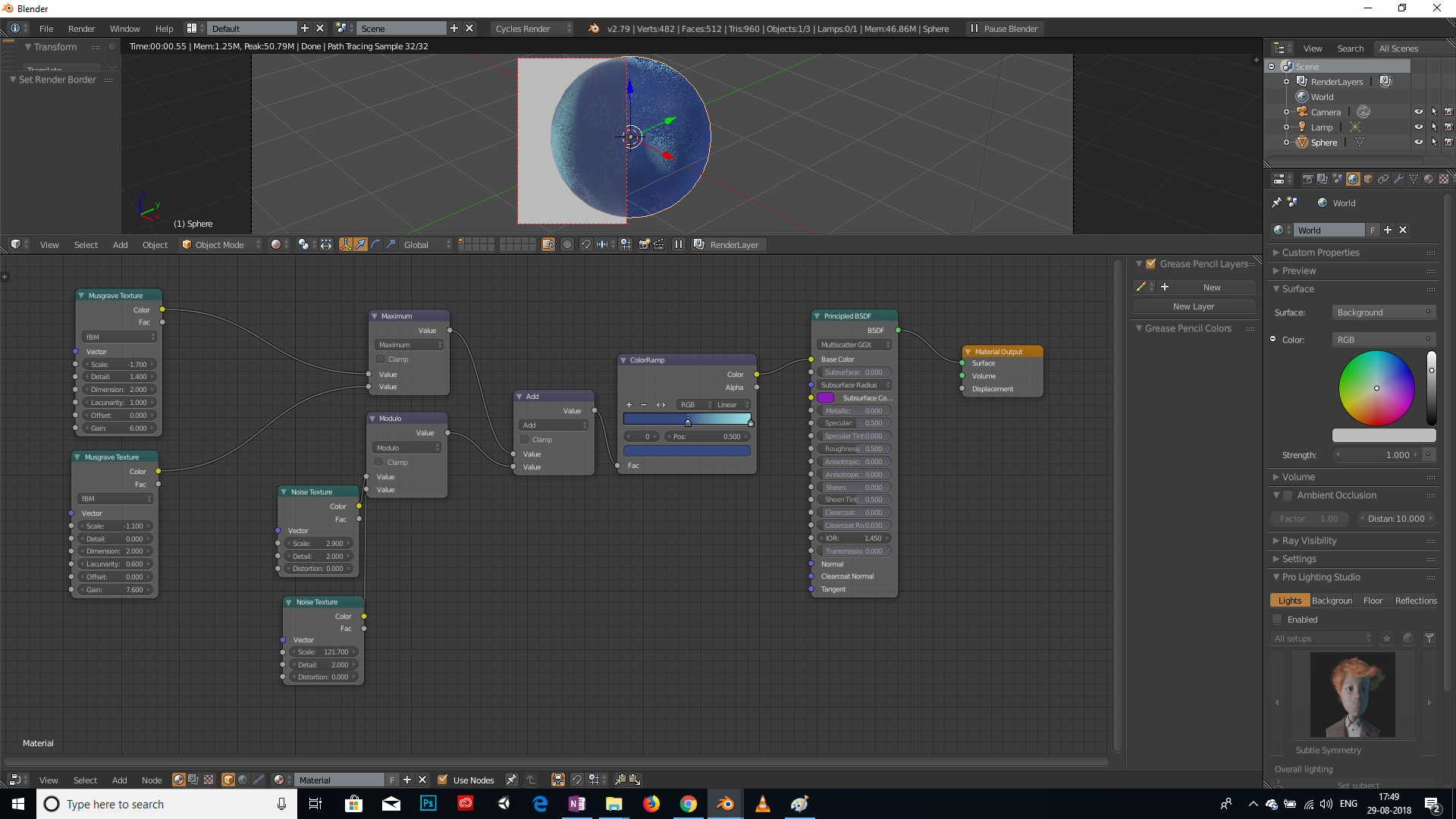 You are using an Add Shader, but aren't inputting any shaders there but only values from your textures. Replace that Add Shader by a Color - Mix RGB node and switch that to Add. Then it should work as expected.

Not the answer you're looking for? Browse other questions tagged rendering texturing procedural or ask your own question.