How to draw distance lines to a central object?

I am doing research on tumors and am trying to figure out a way so for every satellite tumor there would be a line marking the shortest path to the surface of the main tumor. Ideally the magnitude of the line would be displayed as part of any rendering. I am planning on animating it so it would go 1->2->3. Below is a simplified sketch of what I am trying to describe (note: the actual thing would be in 3D). 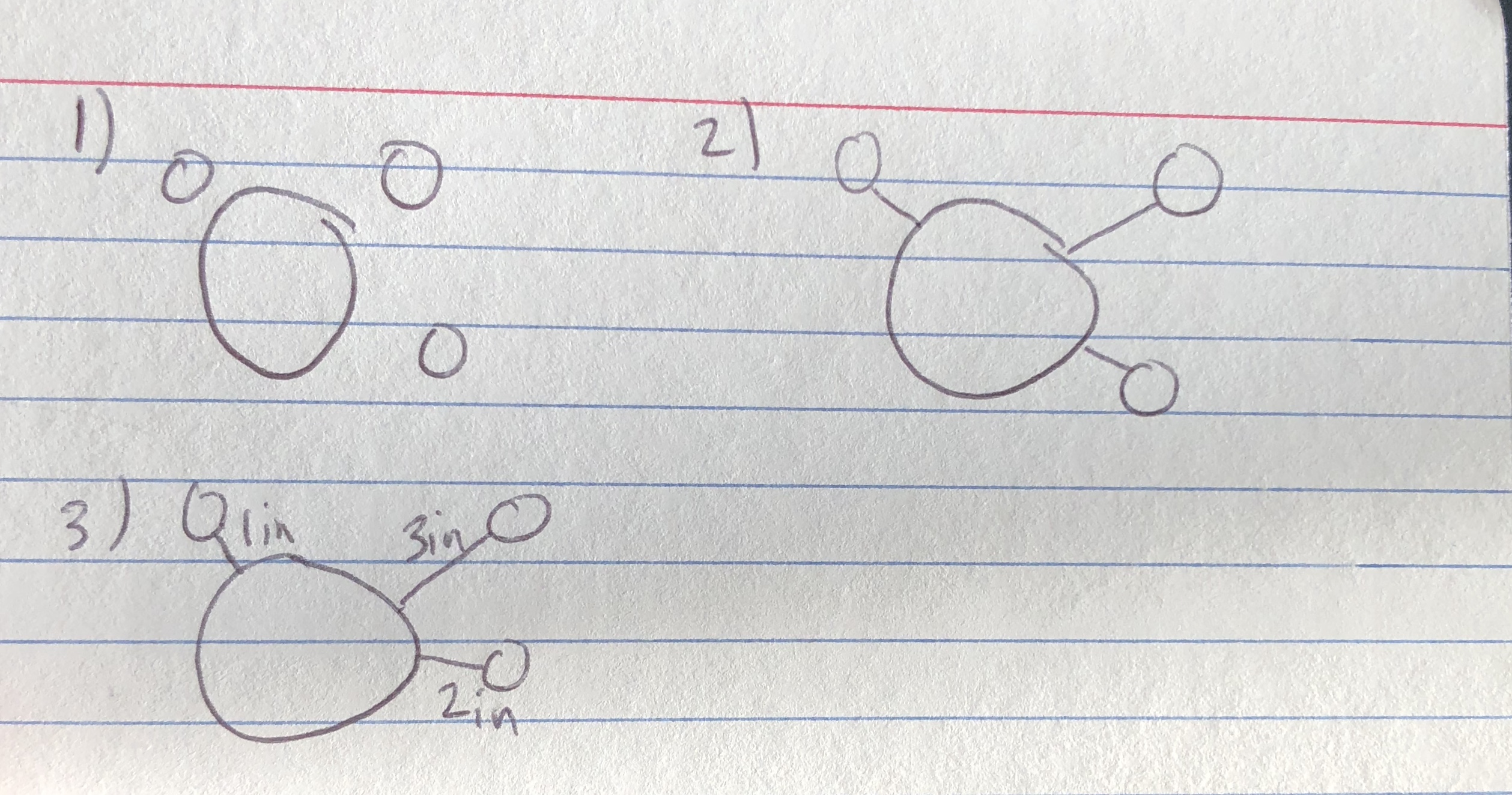 Sorry if this question is strange, I am very new to blender. Thanks!

This doesn't provide the distance info but will provide 'rubbery lines' between satellites and central body and has been done in the 3D window. The distance information can be calculated separately and overlaid via the video editor later.

Add the central sphere, then one satellite.

Add a Nurbs Path and rotate it to align roughly between the satellite and sphere and so it's Edit arrows are pointing to the sphere.

Bevel it with a new plane (scaled down to suit) so it forms a rectangular pipeline. (see Bevel below)

Give it a material slot and saturated colour to avoid shading. Remove specular.

Set it's origin point to the satellite end.

Select the satellite, then use shift-S to set the 3D cursor to the satellite's origin point. (Cursor to Selected)

Select the line and use SH-S again to set it's origin point to the satellite's OP. (Selected to cursor)

The line will be now be rotating from the satellite's origin point.

Give the line/path a constraint --> Track to --> the Sphere. (look at sphere)

Back in Object mode, pull the new empty (hook) down to the center (or surface) of the sphere.

Parent the Hook-Empty to the sphere. ("Keep Transform")

When the sphere moves, the line should maintain a connection between the two objects. 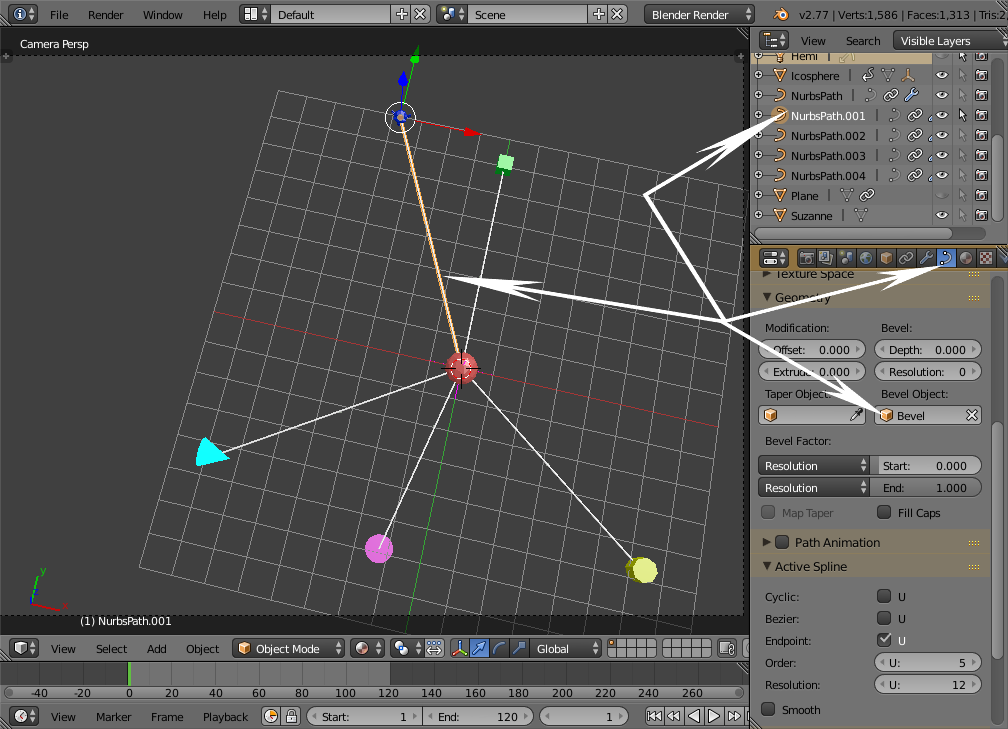 Select the satellite and press SH-S --> Cursor to selected.

The rest of the line's properties are inherited so that's all that's needed.

Repeat the procedure for each new satellite.

If the satellites need to roam about also, simply parent each line to it's respective satellite. ("Keep Transformation") (Child=line)

This is just an ordinary plane scaled down to suit the resultant cross section size of the path.

Add it, size it, then convert it to a curve with ALT-C.

Got to the path, select the plane in the "Bevel Object" slot.

The plane can be rescaled anytime to adjust the cross sectional size.

3
How to create/animate a Theraband?
2
How to child a control point of a Bezier curve to an object
0
How to simulate a retractable tether for animation?

3
How to lock object face a certain distance away from another object face?
2
What are these black dotted lines?
2
BGE Object List within a specified distance
0
My object have weird lines
0
Move one object and second object on the circle path will stay in nearest distance to first object
0
How to move multiple objects to central point