I've been looking for some sort of way of rendering invisible objects as transparent pixels depending if they're in front or back of visible objects in the scene.

For example, I have a clothed character like this: 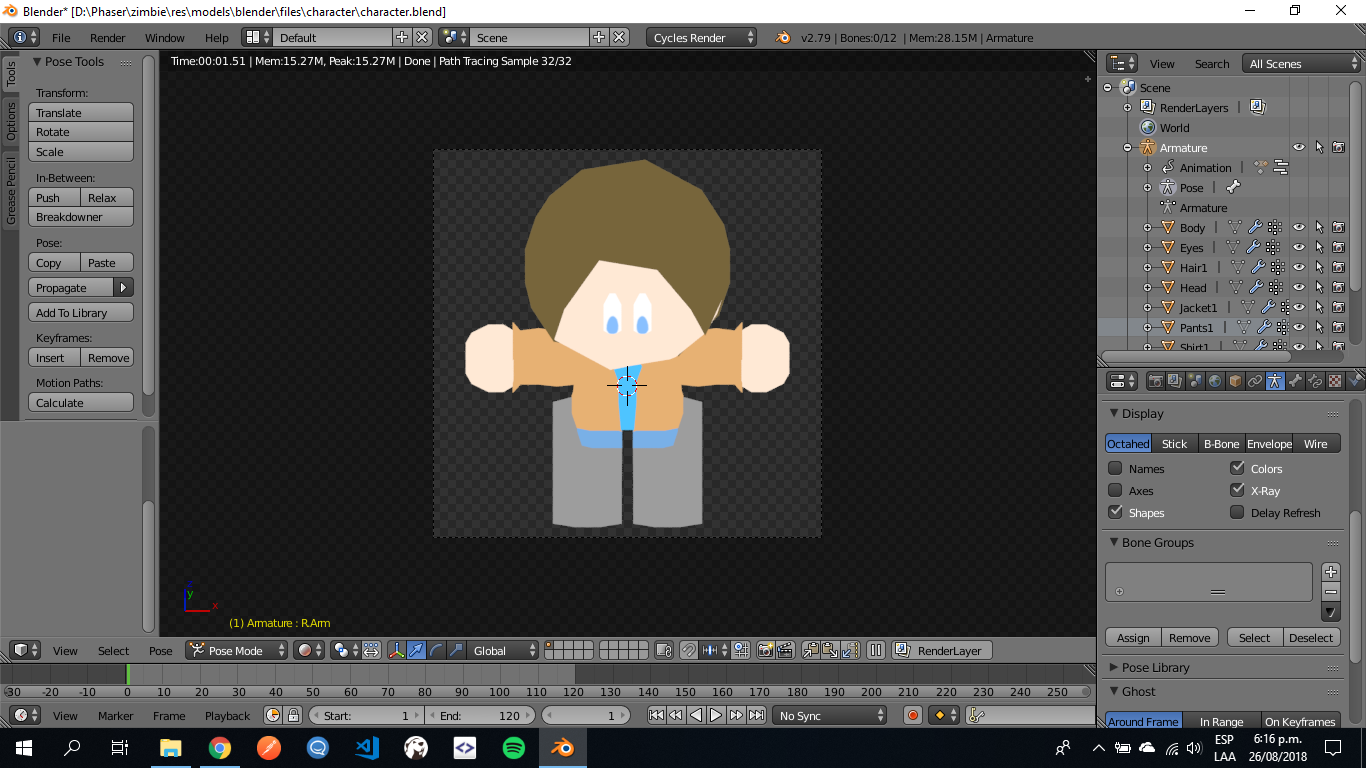 And my goal is to render every clothing attached to the character independently, this is for making a spritesheet I can use in a 2D game but I have a problem with that and is that when I try to snap a single clothing, some parts that should be hidden by the character body itself are being renderer.

IE: let's say I want to render the character's hair only, when I take the snapshot I get something like this: 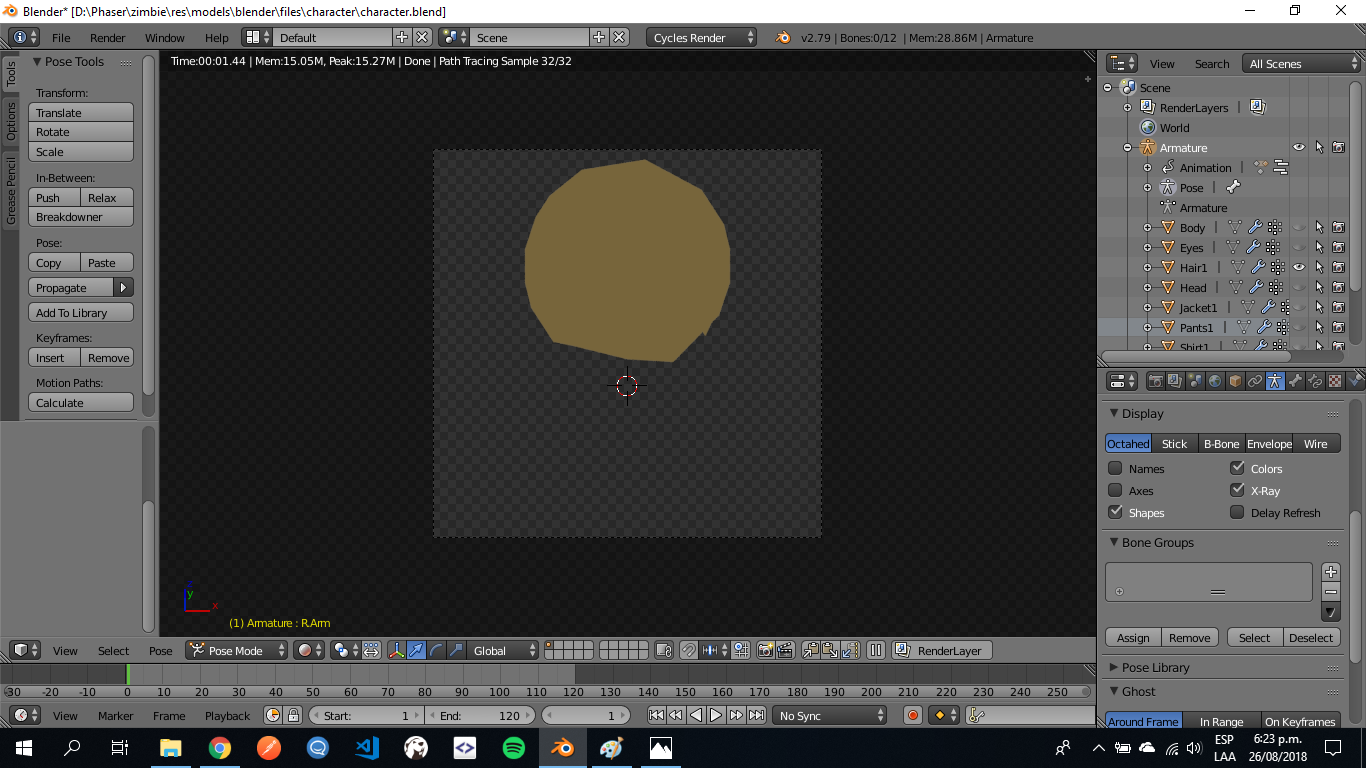 As you can see, there is a part of the hair I wouldn't like to be rendered after all, like the part where the character's face should be: 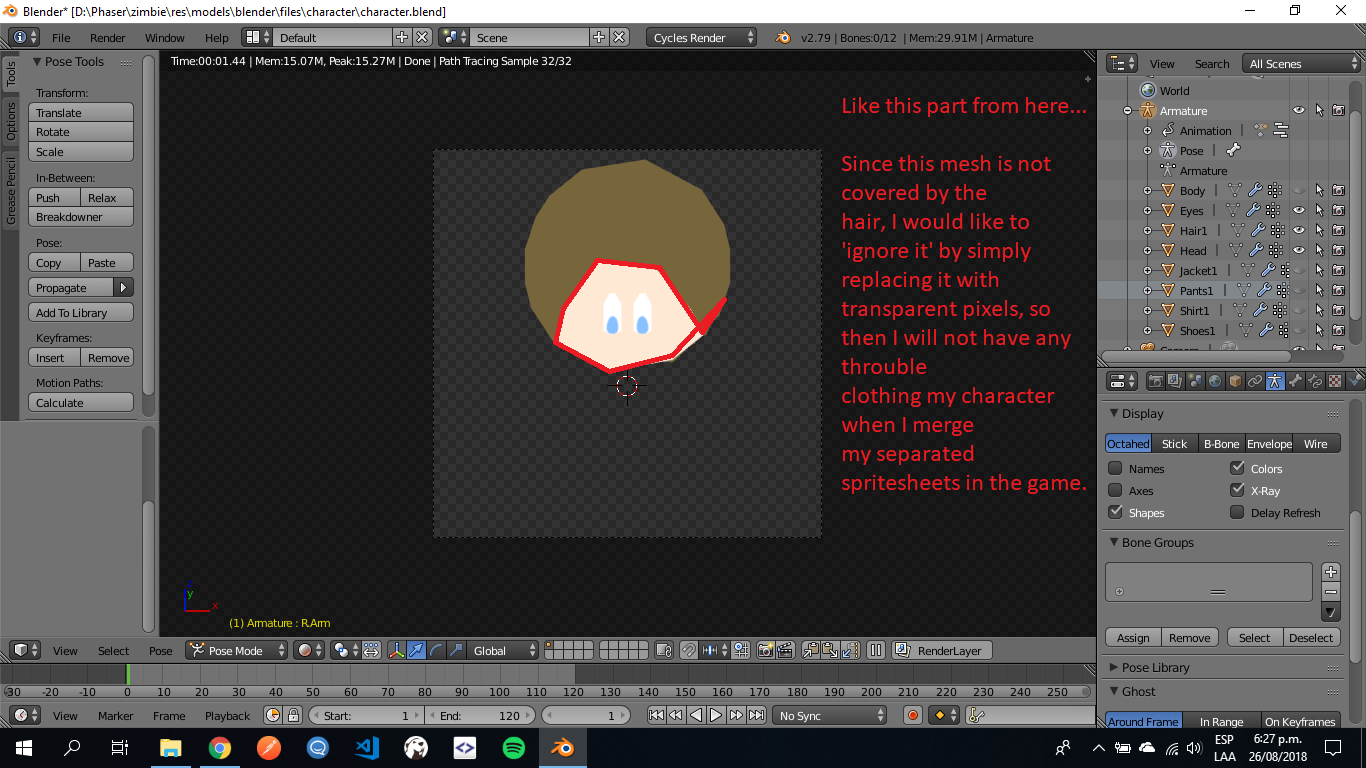 I've been thinking of simple hacks like making some sort of chroma by using a green background and a green texture in the head, so then I can use a tool like Photoshop or Gimp for replacing the green part with transparency, but I'd like to make it in a simple and faster way if possible.

The sprites are going to be produced in a automated way by using a Python script, I also use Cycles as my rendering engine for this purpose.

Using render layers might help you. I have created these two planes, and put them in seperate layers. The light grey in layer 1, and the blue in layer 2. In the render layer tab settings there is a "mask layer" where I chose layer 2 as a mask layer. 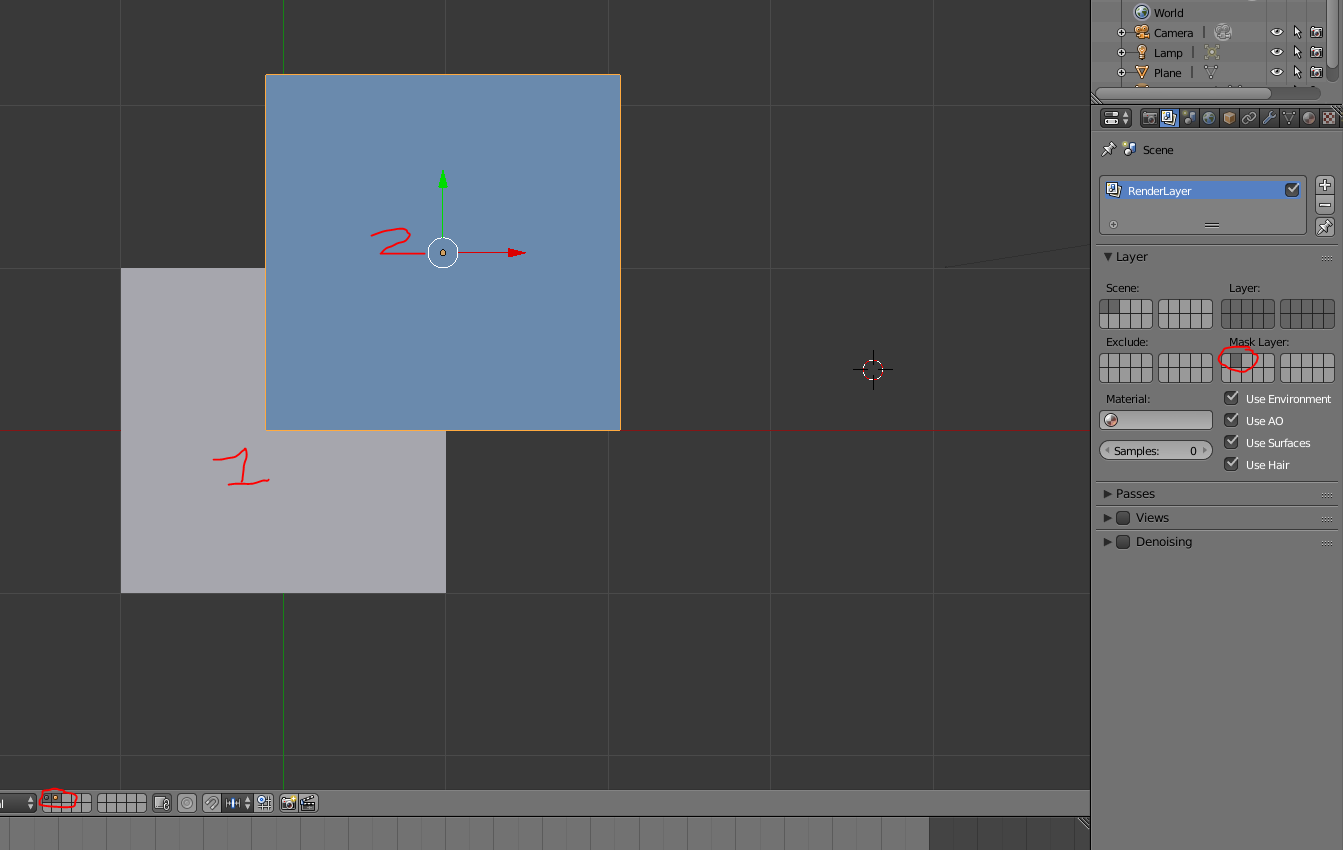 Please note that the shadows of layer 1 still render, you can remove these by unchecking the "shadow" box in the "cycles settings" under the object tab 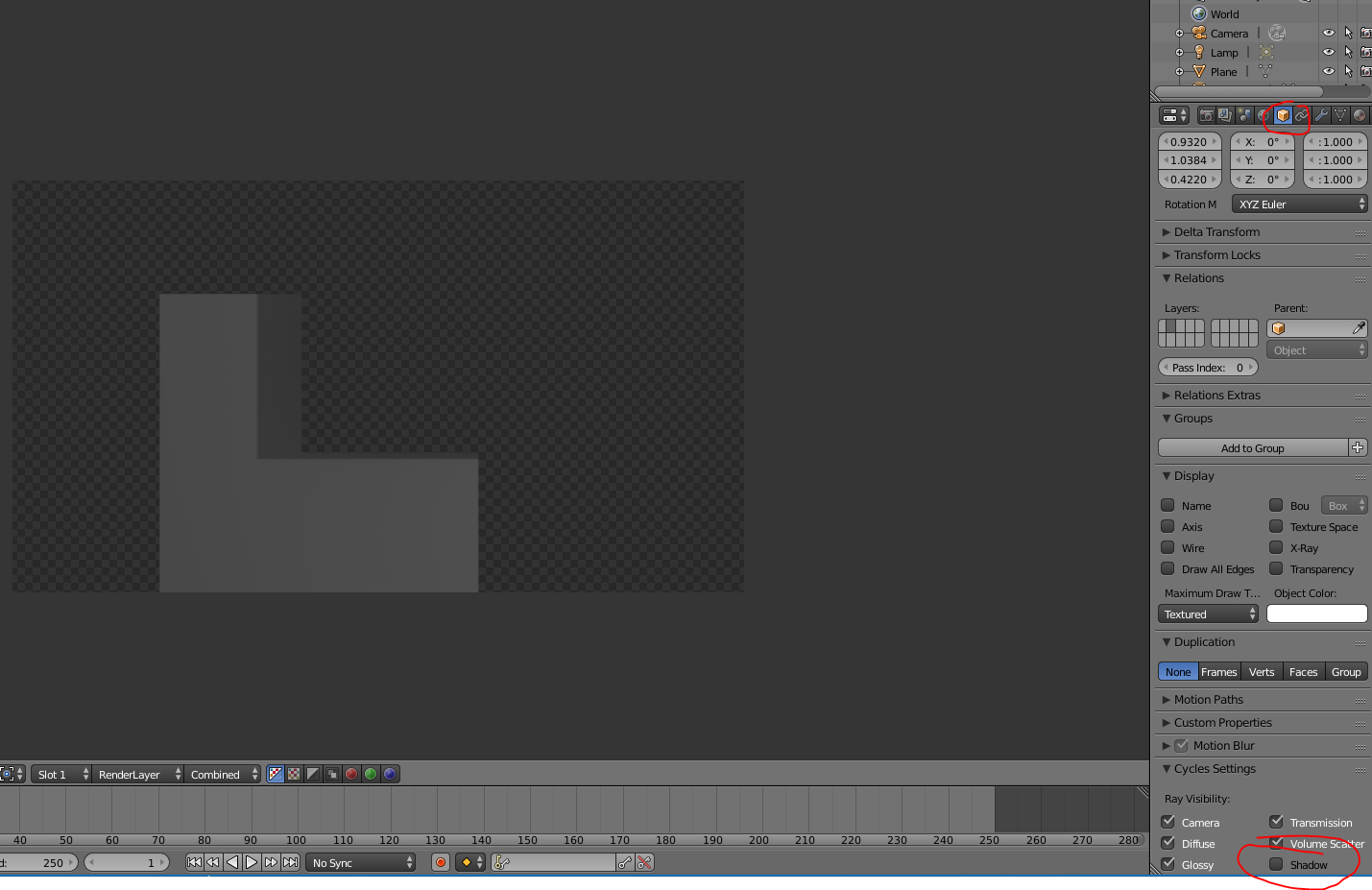 finished result, a masked grey plane in all its glory 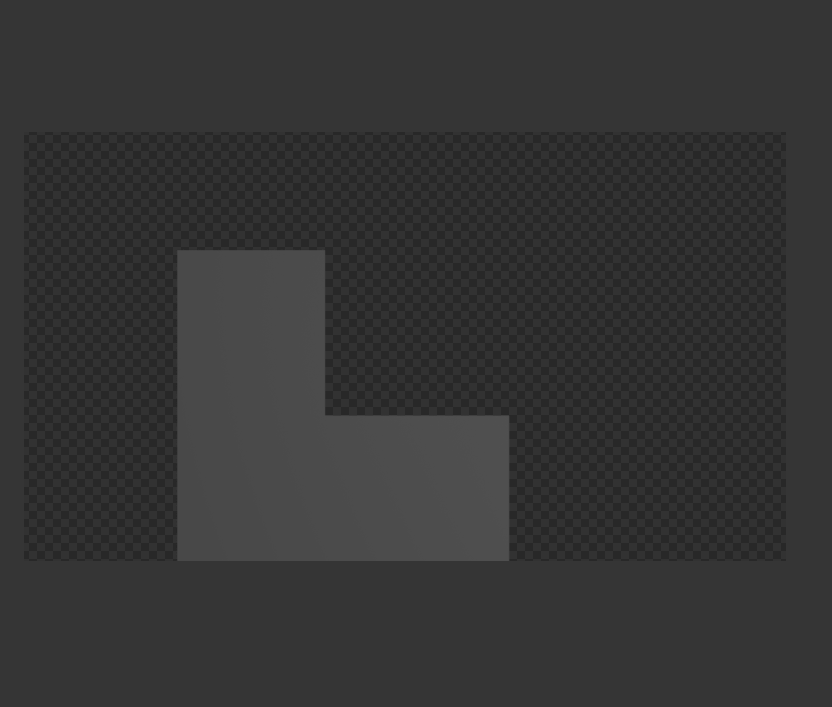 If the blue plane on top is moved below the grey plane. It will not mask the plane.

Not the answer you're looking for? Browse other questions tagged rendering transparency masking or ask your own question.

7
How do I achieve a Shader Similar to Super Hot's Furniture and Enemies?
3
How can I render a toon character's head to always be visible in front of his body?
0
How to hide an object in front of a mask instead of behind it?
1
Object as cut mask