How to add fog in the compositor in blender 2.79

I want to add mist/fog in the compositor for my scene but i dont understand how to add it.

I have looked up and nothing seems to tell me exactly how to do it because in my version of blender (2.79) because there is no mist output connection in the renderlayer node (image attached). I tried using volumetrics bt it also just made everything go dark- maybe because my scene is very large but i dont know.

Also preferably i would like to know the compositor way because my computer is too slow to keep up with volumetrics. 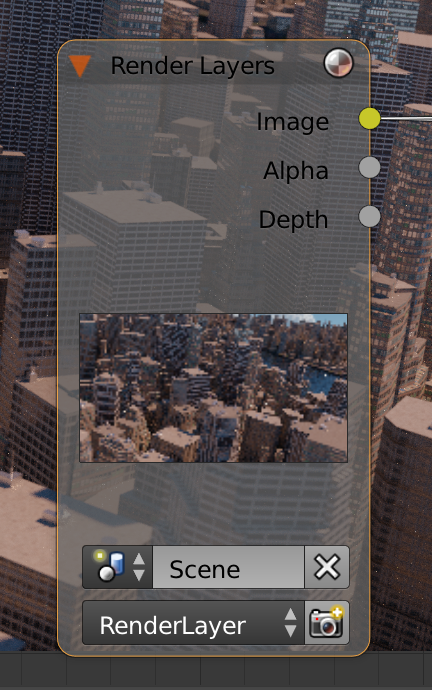 The cheapest way to do it is just using the Z-depth like the old games in the 90s to 2000s did it.

For that you just scale the z-depth into the desired range and use it as a factor to mix in a fog-color.

Additionally you can add an early cutoff to not have that much fog closer to the camera.

You can play around with all the factors and the mixing types to get the fog you like. 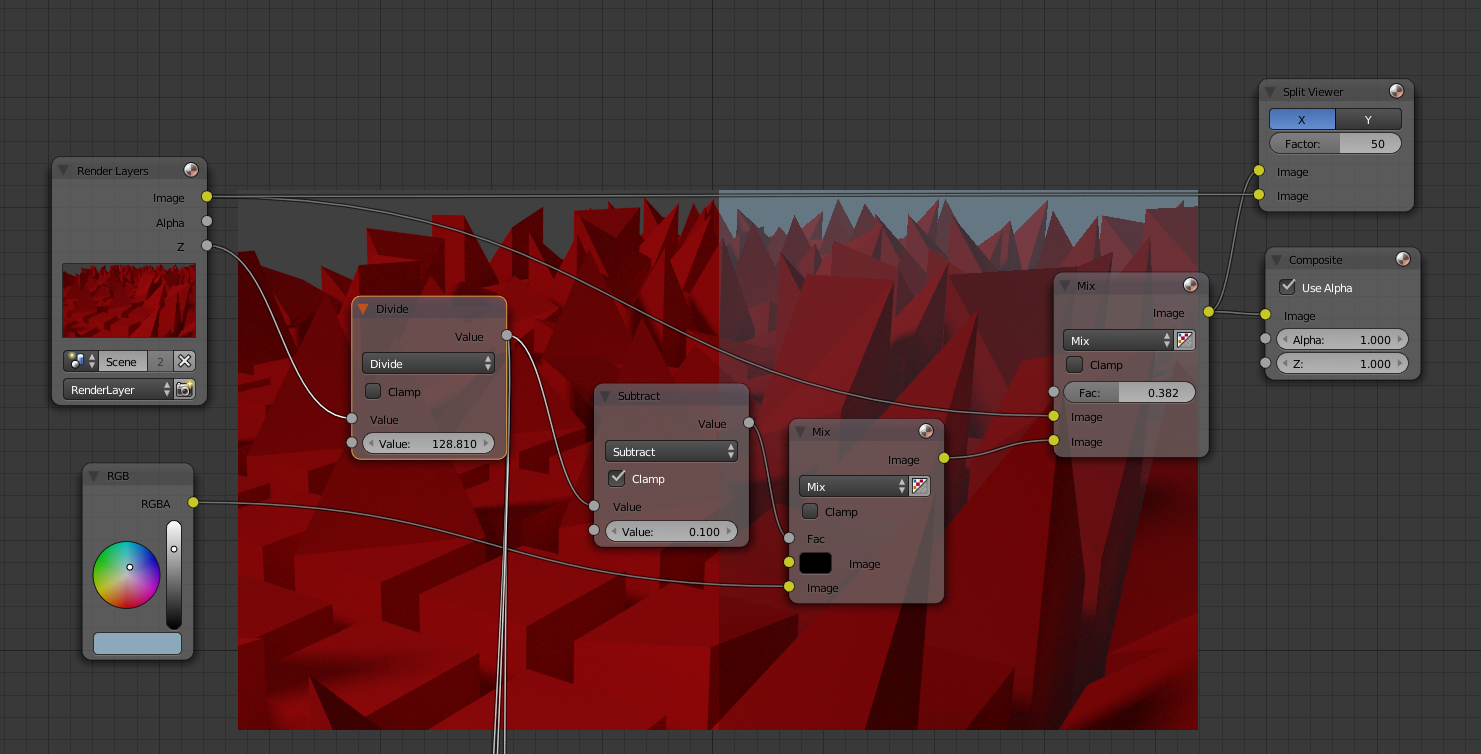 You can also add a power-to math node to make the falloff non-linear.

If you want something more advanced you can add some ground-fog by rendering world-coordinate as an additional layer and using world-Z in addition to camera-Z as a factor.

To make it look more realistic you can also add in differently scaled noise-textures based on bands of z-depth (using masks generated with less-than and greater-than nodes).

Not the answer you're looking for? Browse other questions tagged node-editor compositing-nodes volumetrics or ask your own question.

3
Using the compositor to adjust an image that is displayed in the viewport on a mesh
8
Recreating the line detail in shadows from The Wolf Among Us in blender?
3
How to make a cell shaded scene using the compositor
1
Compositing Mist Over Multiple Render Layers
9
Atmospheric fog in Blender 2.8
0
Huge scene - scatter wont work / cant scale scene down
2
Blender API: how to distribute an add-on with assets and how to append them with python?