How to color object based on roughness?

I'm very new to blender so apologies if this question doesn't make that much sense. Anyways I'm working with tumors and I'm trying to find a way to color them like a topographical map (the end result would look similar), with the blue being the smoother/flatter areas, and red being areas farther from the main surface. Does anyone have any ideas?

One approach to this might be to use Dynamic Paint and Vertex Colors to create a proximity map between your surface, and a smoothed version of it. I imagine this will be for visualization and illustrative purposes, there's nothing calibrated about it. The method assumes quite high vertex density.

In this example, I used AltS to scale the original mesh down along its surface normals, and a Smooth Modifier. (The smoothed object you can see in the illustration is a copy; the one actually used is inside the original mesh. If you make your copy an instance using Alt D, the you'll be able to adjust it conveniently, while viewing its effect.) 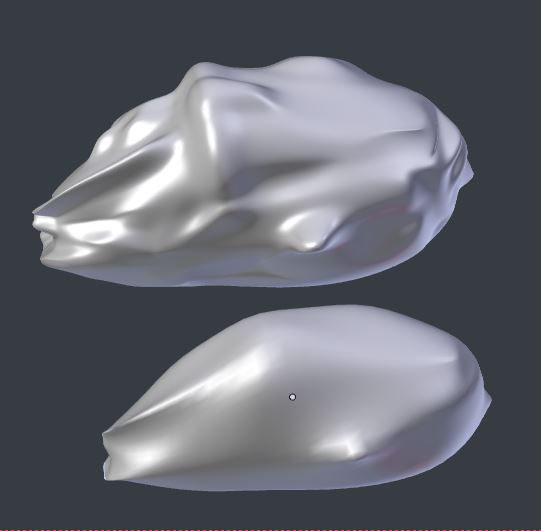 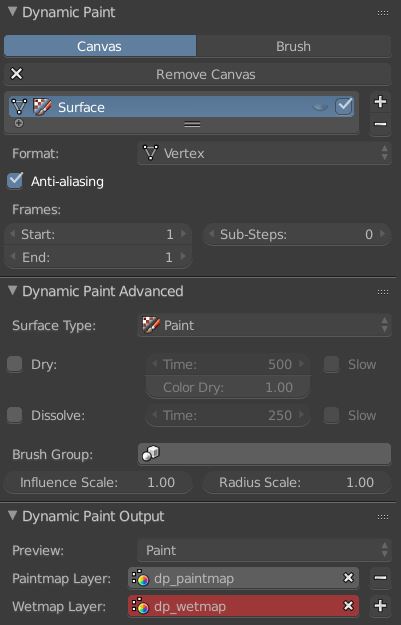 (.. you have to click the '+' next to the 'Paintmap Layer', to create a Vertex Color layer in the object) 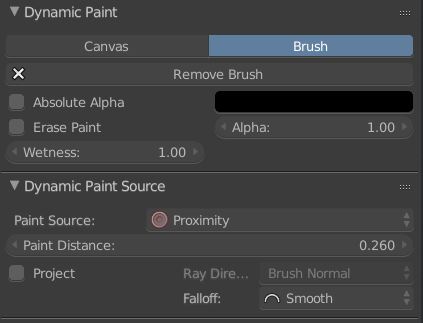 (You will have to tweak the 'Paint Distance' parameter, in particular, to get a good range of tones.)

and this is the sort of result: 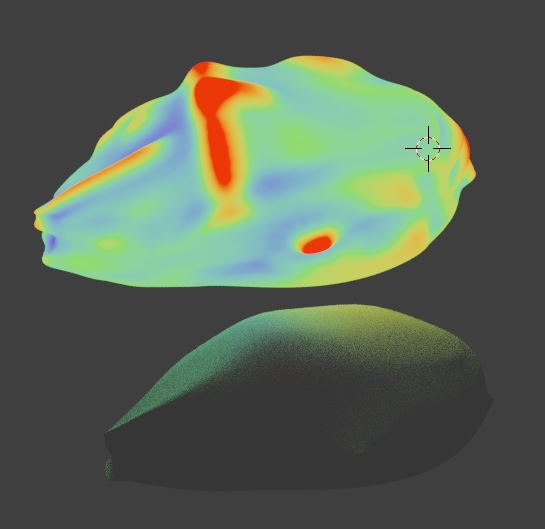 Other options include combining this map with Sharpness as suggested by Duarte, or inverted normal Ambient Occlusion, to emphasise higher frequency (sharper) surface details, or thinner protrusions.

If you want to visualize something like surface roughness based on the mesh geometry I think there's no native way to do that in Blender.

Baking a displacement map of a high detail object to a smoothed version and exporting it, you could try image processing to calculate a representation of the local roughness. The resulting image can then be used as a texture in Blender.

As an example I used this “marshmallow” with regions of vertices randomized with different intensity. 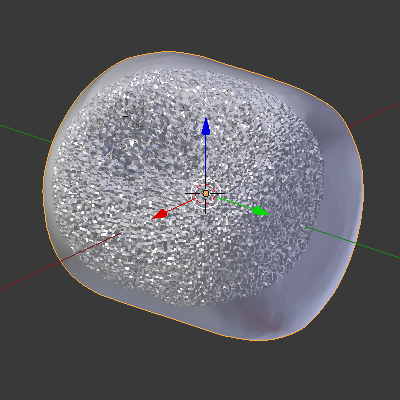 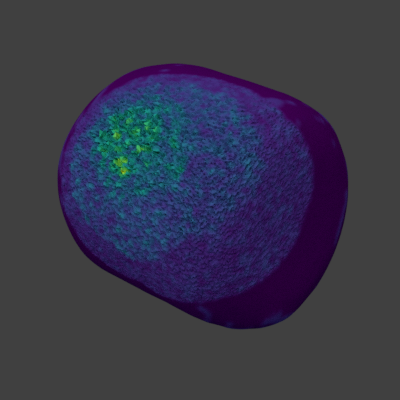 As a first step I created a rough UV map of the object followed by scaling it down and moving the UV islands a little bit apart as the baking will add some pixels of border around each island. 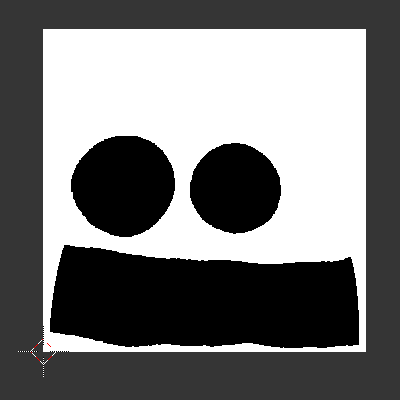 I duplicated the object and applied some iterations of smoothing – without reducing the poly count as I would like to reuse the UV map. The smoothed object is shown offset to the right in the screenshot, but would remain at the original position. 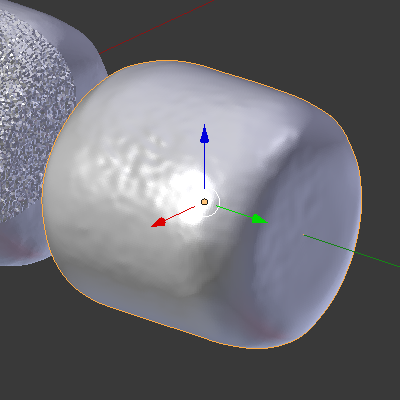 In Blender Render mode – which makes it easier to bake displacement maps – I create a new image with 2048×2048px, select the high detail object, shift click on the low detail version, go into edit mode and bake the displacement map in the render tab of the properties panel. Make sure to have “selected to active” checked and add a bit of margin. 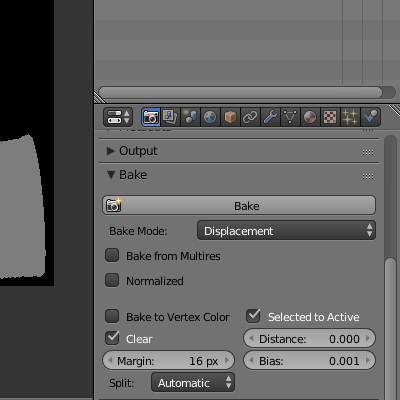 I saved the image as grayscale and wrote a script for Python with numpy, scipy, matplotlib as well as scikit-image installed. 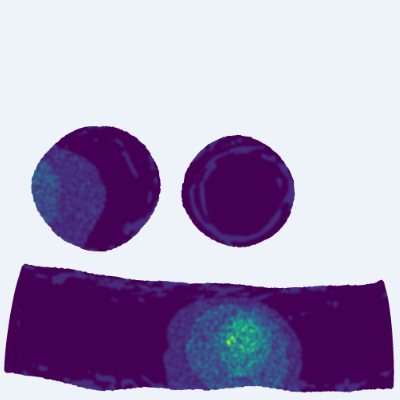 The image roughness_texture.png that should be produced by the script can be added as a texture for the material of the object. By default, the colormap will be the purple to green viridis, but it can be changed to one of matplotlib's other color maps by requesting it in the imsave function. Alternatively, you can use a grayscale color map and use Blender's color ramp node to change the colors within Blender afterwards.

Not the answer you're looking for? Browse other questions tagged color or ask your own question.

2
How to colour entire object based on its height
1
Selectively mix shaders based on color input
4
Color beveled nurbs path according to the x-y-direction in the final camera view
1
Blender 2.8x - Particle Color based on actual color of emitter
2
Photoshop-style color replacement ...using material nodes?
1
Length-based texture for color mapping curves based on their length?