sculpting - Everything is edgy and sharp, but I want it smooth

So I get interested in sculpting lately and tried some of the tutorials for beginers on youtube. The thing is, in every tutorial I have seen, brushes are more smoother and more "plastic" than in my blender. Like on the screens below, when person in tutorial uses "F Clay Strips" brush, he get nice striped line, me instead, get a line of triangles and pixels without stripes at all. Same with "F Crease" brush, instead of nice concave line, I get a line of sharp polygons, which is really hard to work with it. I want the same visual effect, as in tutorials, but instead everything is just too sharp and too edgy, compared to the models from tutorial video. what can I do about it? Even If I use subdivison modifier it's still too sharp. And smooth shading option in dyntopo makes it too smooth instead... 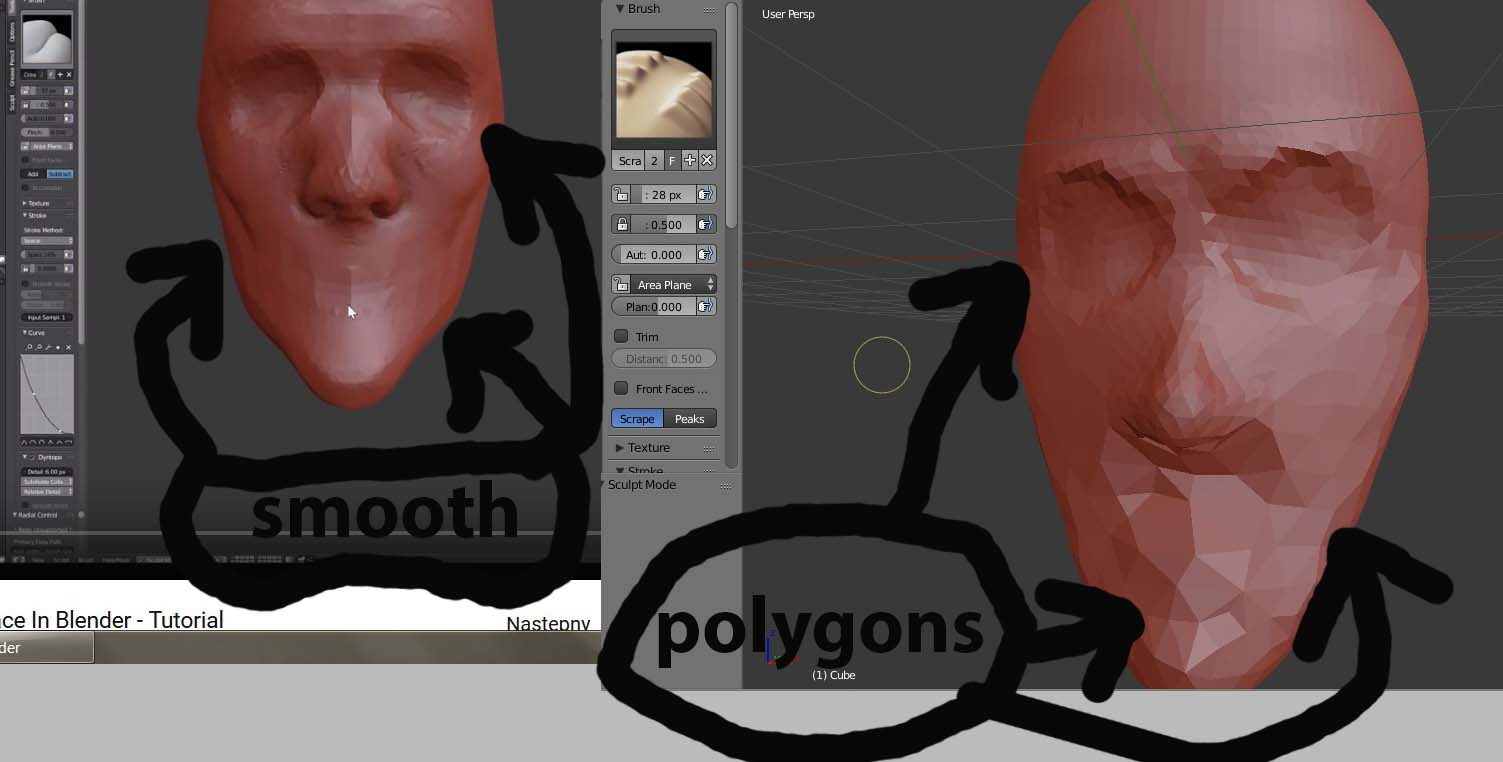 Your main problem is that you don't have enough polys. The tutorial model has been subdivided much more than yours. They still have jaggies, but theirs are smaller.

You have couple of options, useful in different circumstances.

You need to start with a good base topology. It looks to me like you started from a UV sphere? You should definitely, at minimum, use a roundcube, as that will give you (1) only quads, and (2) no pinching at the poles. If you have time, start from a cube and just extrude and model until you have something that looks like a blocked out version of what you want. 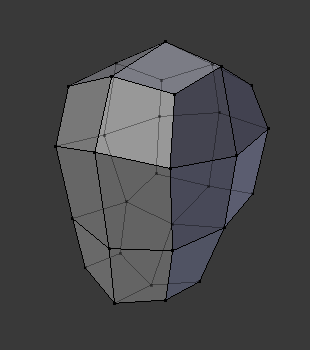 Once you have a workable base, you could try:

If necessary, subdivide the model by applying a subsurf modifier. You don't need to use smooth shading, in fact, I wouldn't recommend it. Flat shading lets you see the poly size better. You should set it to constant detail, find a size that's about double the resolution of your current mesh, (each quad becomes 8 triangles) and use Detail Flood Fill to triangulate the mesh at the right level. Then, sculpt as much as you can before repeating the process. Double the resolution, flood fill, and sculpt. repeat until it looks how you want it to. Eyes or hard surfaces should be kept separate. 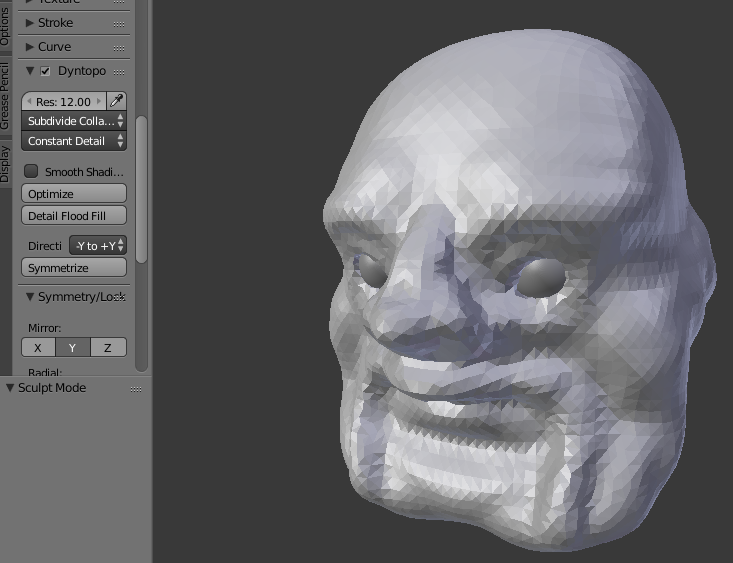 Once you have finished, you may wish to Retopologize. Essentially, this involves carefully constructing a low(er) poly mesh over top of the sculpted one, and baking the normals from the HP mesh onto the LP one, giving better performance and cleaner deformations (e.g. facial animations.)

My preferred approach is to use the MultiRes Modifier. Instead of changing the detail level on Dyntopo, you just click subdivide whenever you need more detail. This involves constructing a much less rough base mesh, with all of the important features blocked out already. This will take a while, as it's essentially just normal modeling until you get it to where you need it. Once the Mesh is complete, you go into sculpt mode, click the Subdivide button on the MultiRes Modifier, and start sculpting. Repeat until you have the level of detail you need. I like this approach because when you are finished, you do not necessarily need to retopologize. You may be able to simply use the lower res model, still stored by the MultiRes modifier, as your base. This also makes sculping multiple things in one scene easier, as those objects not being worked on will be set to the low Preview subsurf level.

In conclusion, use Dyntopo if you want a fast, easy sculpt for a static render. Use the MultiRes modifier if you want a clean, reusable model that supports animation.

Maybe increase the Subdivisions of your Subsurf modifier (at least 2), and press on the Smooth button of the 3D View Tools panel (enabled with T) > Edit > Shading

0
Modeling and Sculpting a Crown
0
How do I make a model high poly?
0
Why does my armature deform incorrectly?

10
ZBrush sculpting brushes equivalents in Blender
1
Keep straight and sharp lines when sculpting with Dyntopo
0
Blender Sculpt brushes don't function properly
1
Smooth "Clay" For Sculpting
0
Sculpting: smooth brush
1
Sculpt brushes not functioning properly
1
Why is my donut not smooth and sculpting it causes distortion?
0
Sculpting smooth model with jaggered vertex
0
How to make my sculpting smooth?
0
Why are my brush strokes in sculpting not smooth but leaves dents