How to make a rope winding animation?

How can one create a rope winding animation as shown here:

A helix is described using the parametric equation:

Where $\alpha$ is some scalar controlling the "wavelength" of the helix and $r$ is the radius. Sampling some points and creating a spline from them, we get: 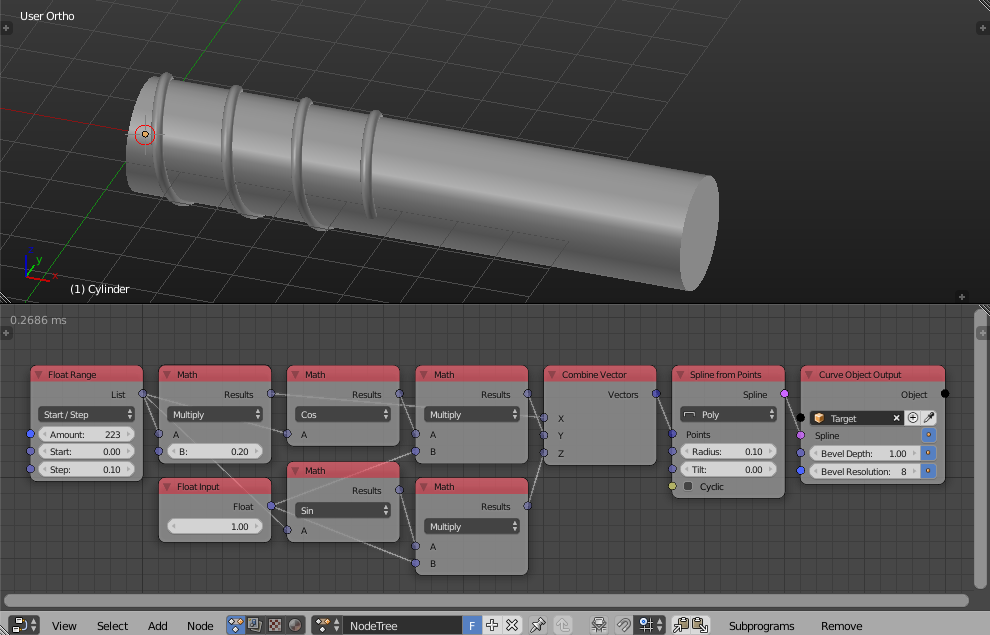 By driving the amount of samples based on time, we get:

We can see in the reference that the helix extends tangentially for some units. To compute the position of the point that creates that extension, we have to compute the tangent of the helix at the last point. So by differentiating the parametric equation we get:

Where the index $-1$ gets us the last point. Note that instead of computing the tangent from scratch, we used the similarity between the function and its derivative to compute the tangent.

Not the answer you're looking for?Browse other questions tagged animation-nodes or ask your own question.

1
How can i rip a circle open and turn it into a straight line?
0
Deform Helix Around Spline in Animation Nodes