I have six objects that would like to control the Location, Rotation, and Scale of each sequentially. An Effector would be perfectly suitable for this. When I place the Objects in a group, I can Control Loc/Rot/Sca on all simultaneously.

There are several tutorials on how to what I want with text or arrays of elements. None of the examples manipulate different objects that have been grouped together. I came accross a post in this forum "Animation Nodes - Have an effector control the rotation of many objects" that looked promising; unfortunately when I use "Loop Input" the Matrix Input goes transparent on the "Object Matrix Output". 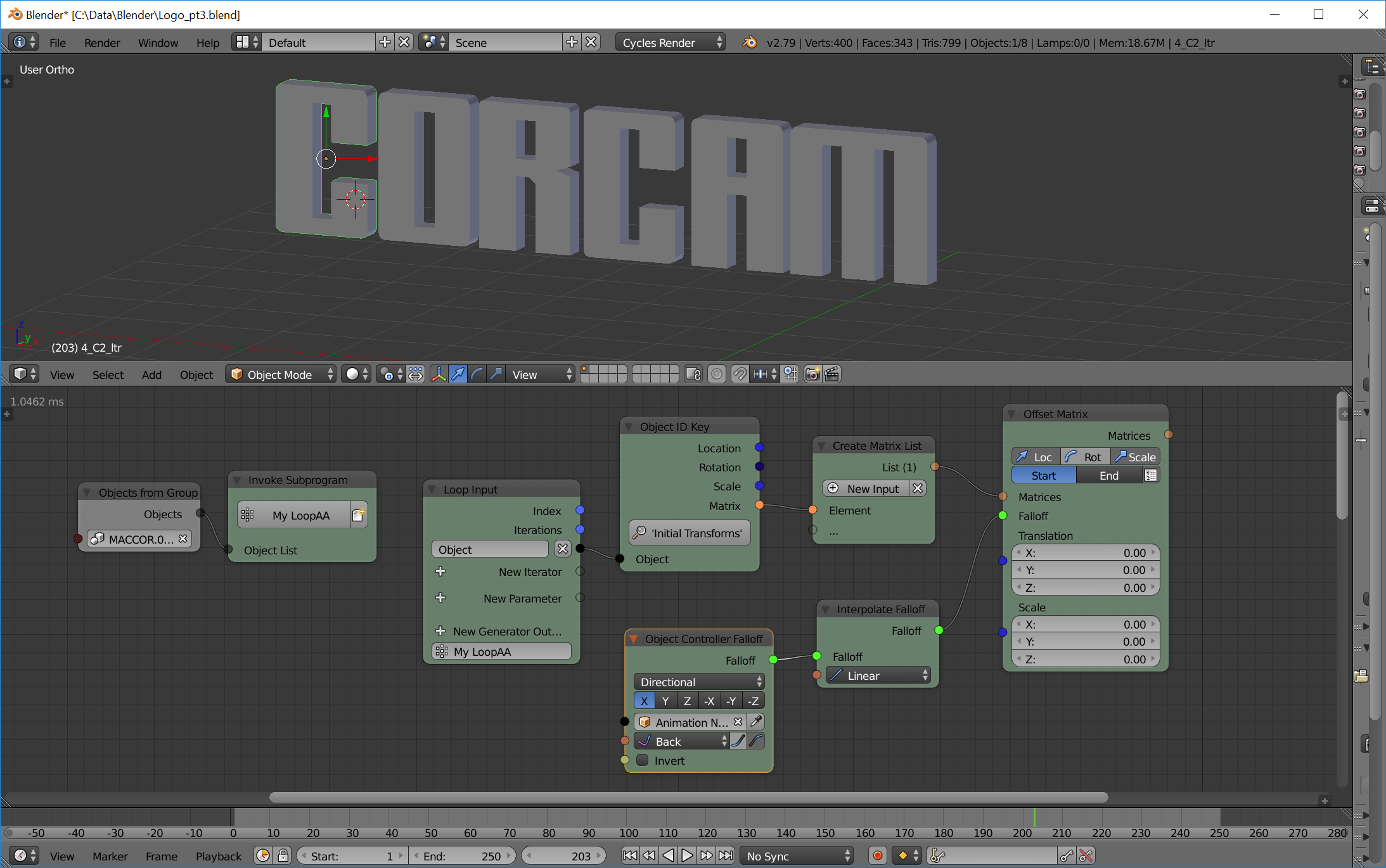 Thank you for your help!

Most nodes of Animation Nodes 2 were vectorized, which means that most nodes work on a list of values without using a loop. This applies to the Object ID Key node as well as the Matrix Output node.

Instead of feeding the From Group node into a loop to extract the initial transformations individually from each object, you can feed the From Group directly into the Object ID Key node and it will give you a list of all initial transformations automatically. Then you can feed the list – again without using a loop – into the Offset Matrix node to receive a list of all transformed matrices. 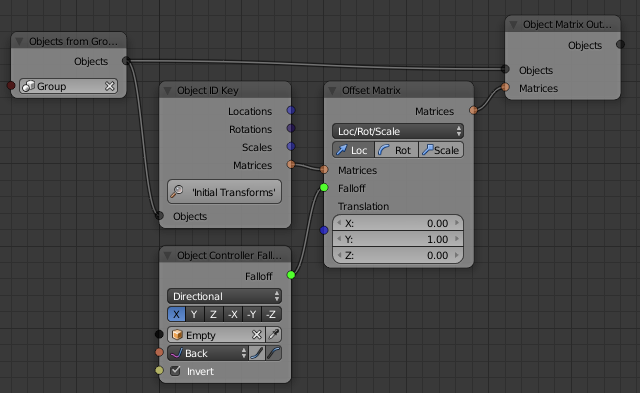 You only have to make sure that 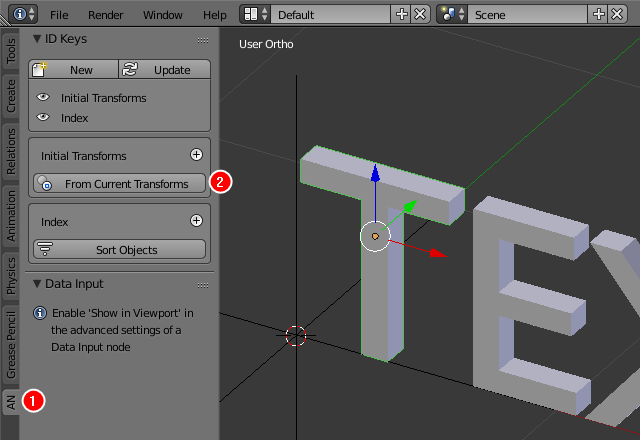