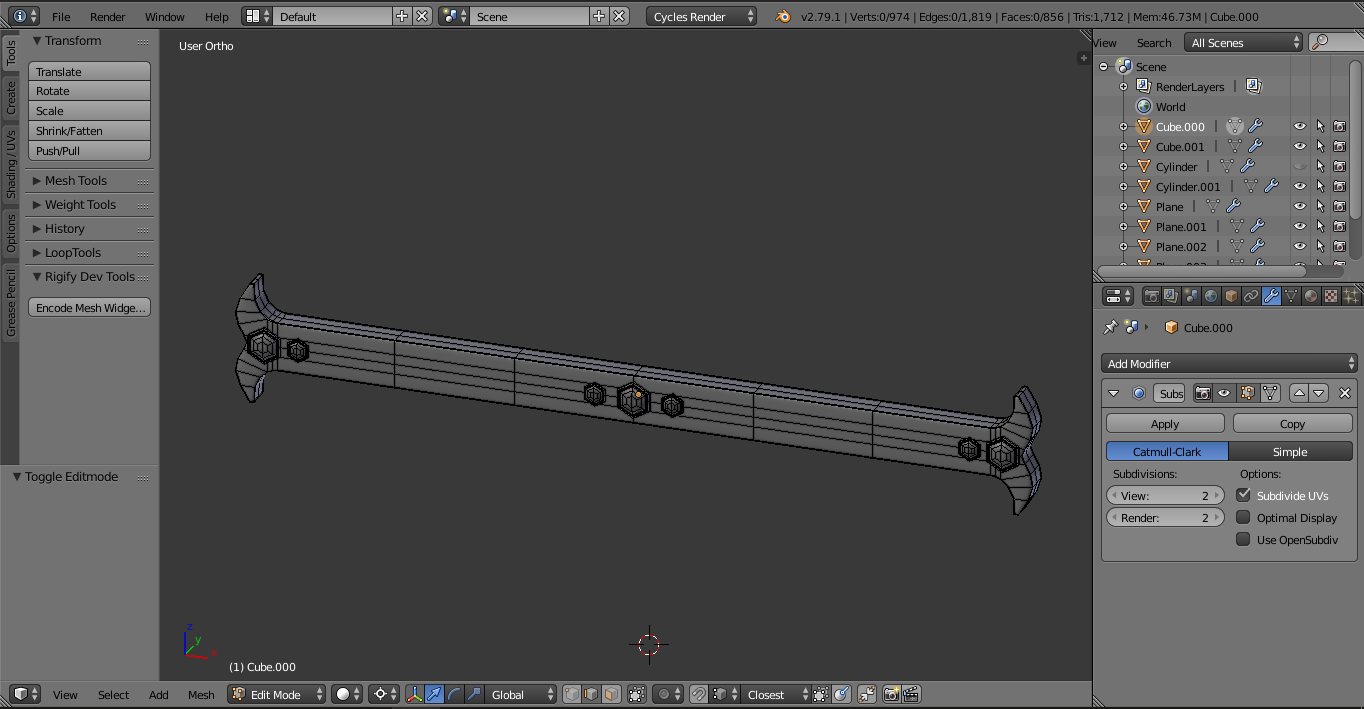 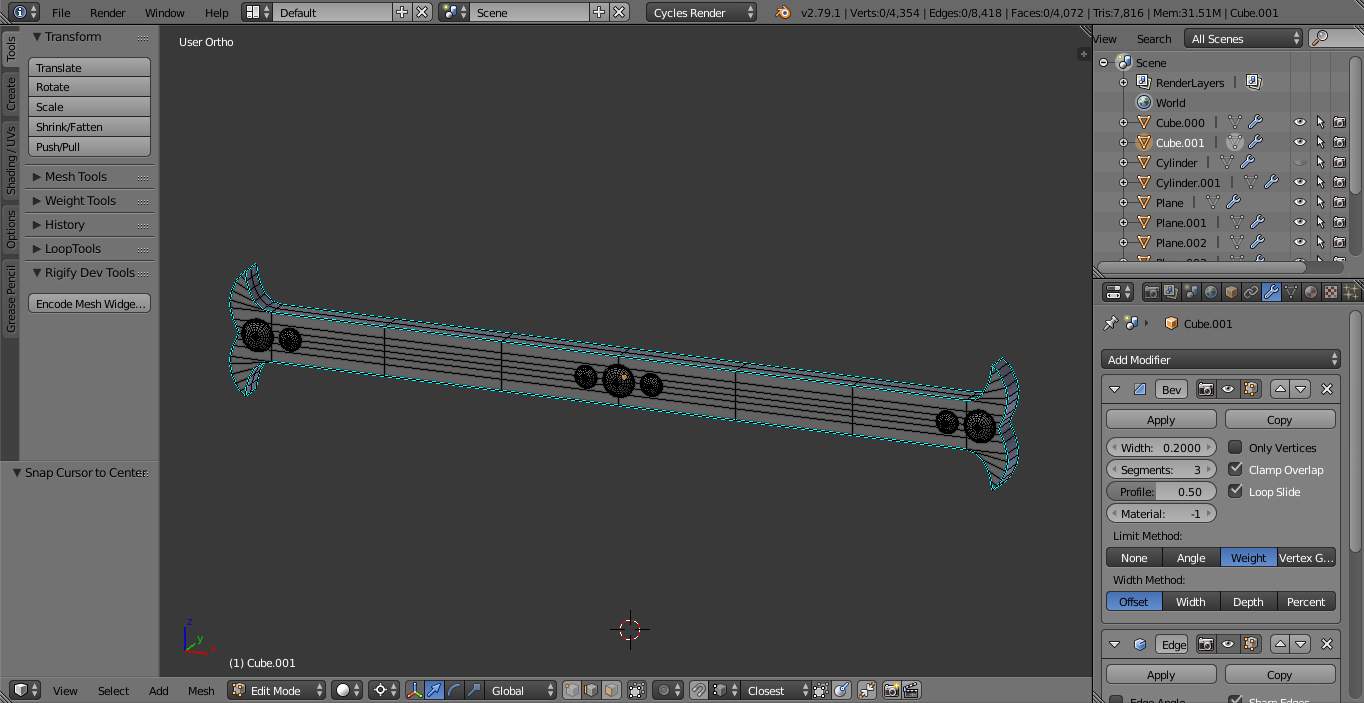 Browse other questions tagged topology or ask your own question.

12
Blender's “smoothing groups” solution (Edge Split) destroys topology. Is there an alternative solution?
2
What's right topology for a concave polygon?
0
Modeling smooth flat edges along the curve
1
What methods can be used to cut irregular shaped holes in flat beveled surfaces with clean topology?
3
Cutting into cylinder
0
Reducing hard surface topology
1
Curving a bevel? How to creature a unique radius on a T-junction?