Hot element's glare in a colored lamp in rotational animation?

Problem's very gist: Need to maintain the glow of a colored lamp's hot element (the glow remains visible even in rotation, when the hot element of the green lamp disappears from sight but a part of the lamp is still seen), plus to have the element's color be close in color to its blackbody temperature all the time (and the glow be affected by it).

Tried to add glare to hot element before Z combine - didn't work (no glare visible at all). Only worked if whole scene uses glare [2.png]. Plus if the scene is rotated such that the hot element is not seen on screen directly [1b.png], the light is not giving out the glare or shine from the lamp. Tried to Alpha-Over the glare-added colored glass (without the hot element) in the compositor onto the whole scene [4.png], but the solid case around the colored glass wrongly looked transparent.

If I could also have an advice on how to make a very/even more realistic light like this, it would be really nice. Thank you!

Edit: If anyone could help with a custom node setup to control the length of light falloff such that the non-compositor "glare" fades out right after leaving surface of the colored glass (and before it leaves the volume scattering enabled cube around it which otherwise makes the glare to have a square shape), it would be really nice. Thanks a lot! 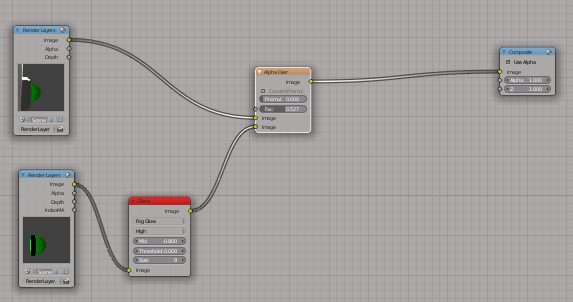 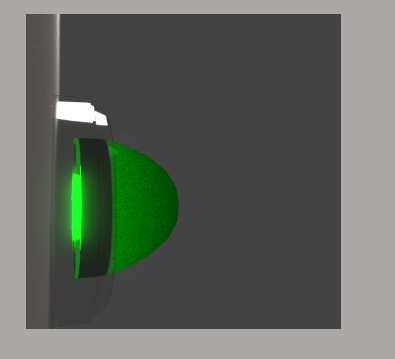 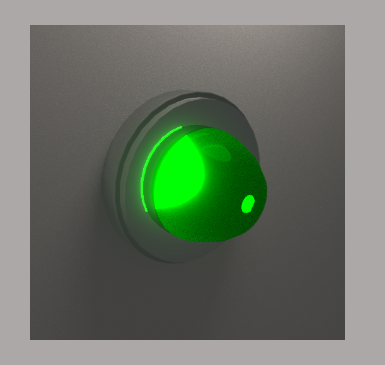 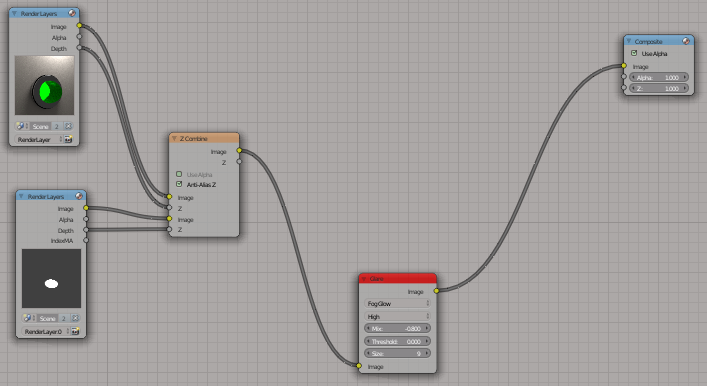 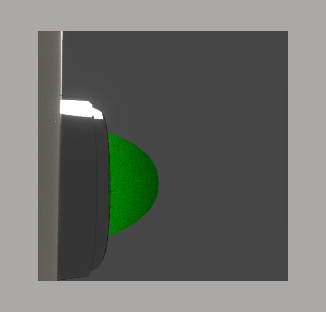 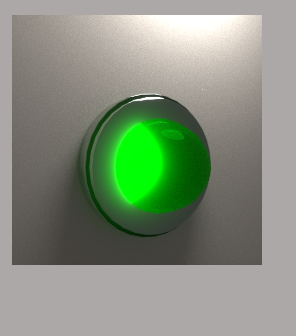 How to Create a Glow Effect in Cycles

Okay so although you suggested that you'd prefer this not to be a compositing-based solution, as mentioned in the comments I'll put this together regardless as it is a very useful and adaptable effect.

Here's the end result of what we'll be creating:

The bulb itself is fairly simple, with a coloured-glass, domed bulb and an inner filament object. The materials are also fairly simple. The glass bulb simply uses the Principled BSDF shader with the following settings: 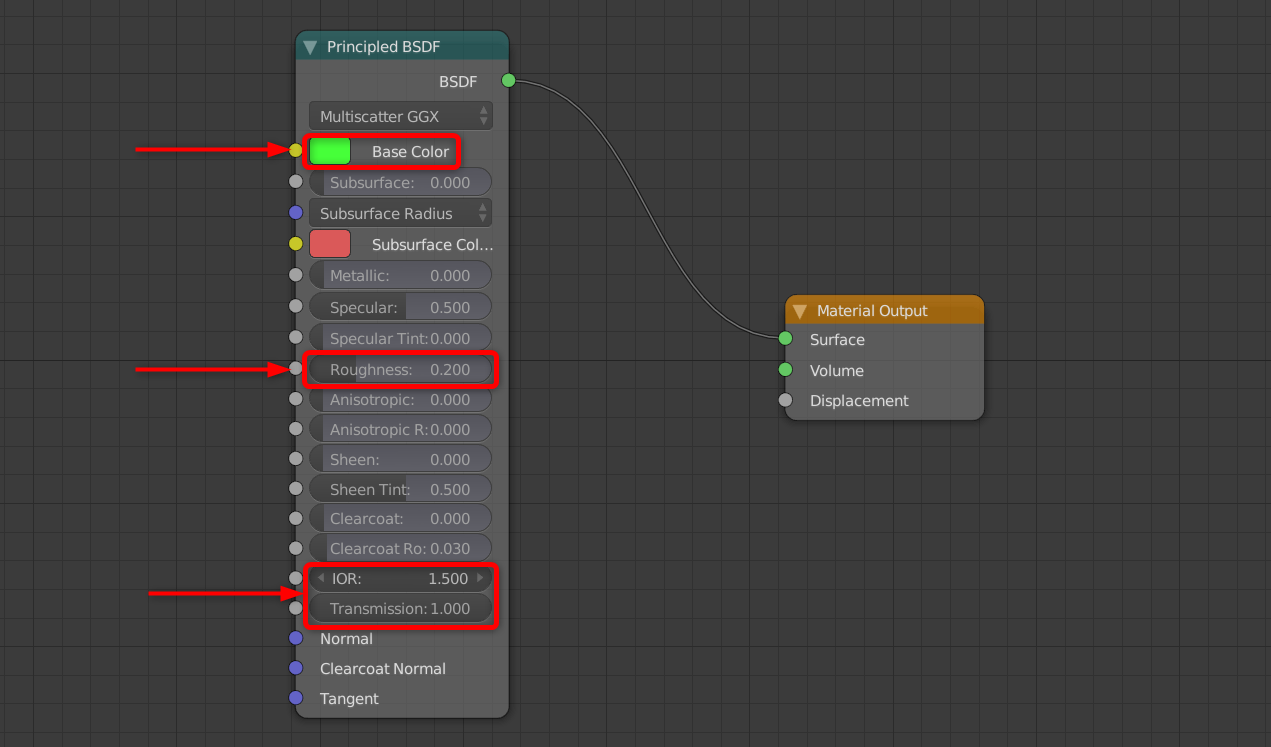 It is also important to set the Pass Index to 1 in the Settings dropdown of the Material tab in the Properties panel, as this will create an ID mask of the bulb object visible to the camera, which we will use in the compositing step. The final part of this process is to adjust the render and scene settings. Rendering glass with a thickness is always a bit process-intensive and can cause fireflies and noise, so I used the Branched Path Tracing method with the following settings to help reduce it: 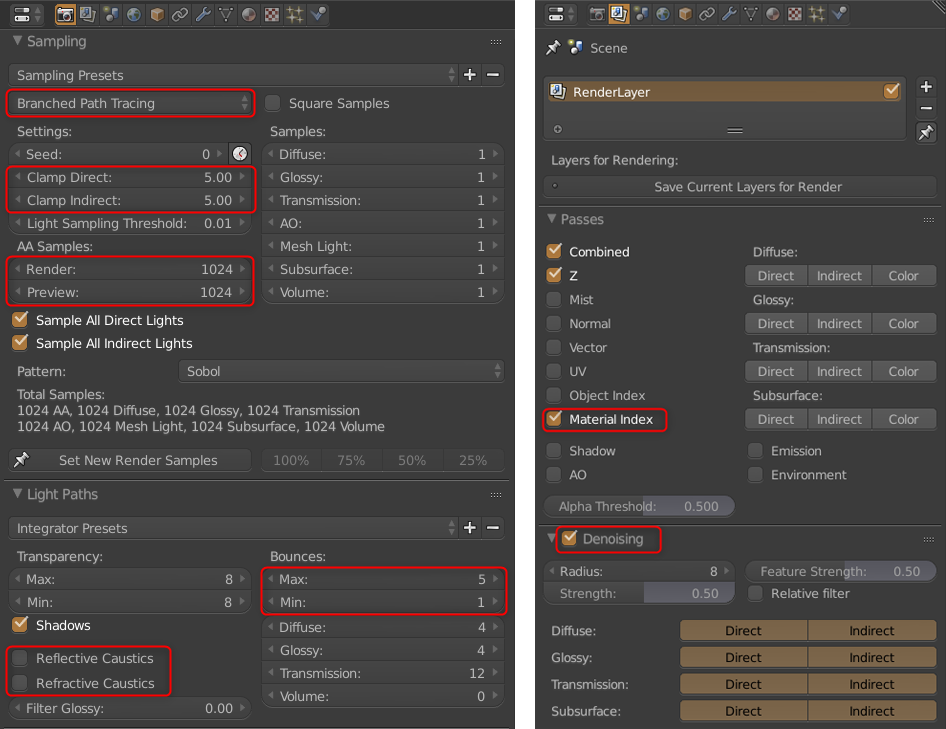 Now, once that is rendered out, on to the compositor! The first step is adding a Glare node and adjusting the threshold and size. This step will require tweaking on a per-scene basis, but it will add a centralised glow at the heart of the bulb, wherever the filament is visible.

Next, the outer-glow effect can be developed. Remember that material Pass Index that we set earlier? We'll access that with an ID Mask node, giving us a b/w mask of only the bulb.

Using this mask, we'll now add a Blur node and set it to Fast Gaussian. This node will act as the 'spread', or light falloff control, of our lamp; the greater the blur, the larger the width of the glow.

The penultimate step of the compositing process is adding a Color Ramp to act as our light intensity controller. The left side of the ramp should be set to pure black, however the right side should have a dark-grey value. How dark this right side is, defines how intense, or bright, the final glow will be, and should be adjusted accordingly.

Finally, this edited mask can be used as the Fac input of an Add node to mix between the original image and a glow colour. This glow colour should technically be the colour of the bulb's glass shader, however you can be artistic with it!

And there we go, a compositing node setup that adds a realistic yet entirely customisable glow to the render! Here's the final node setup in its entirety, and I've also added my .blend file to you to play about with as well.

Hope this is of some help to you, and don't forget to upvote/mark as the right answer if it is! :)

Not the answer you're looking for? Browse other questions tagged compositor render-layers effects or ask your own question.

22
Exclusive lighting
13
Is it possible for light sources in Cycles to have nonphysical falloff like in BI?
5
How to utilize material (or object) index behind a refractive material in cycle?

1
Using multiple glare filter nodes
0
Can a volume be set to let through index pass values?
0
Separate compositor glare
2
How to get glare on a specific emission reflection
0
Animating Glare angle offset
0
Applying glare to selected color only