How to rig a cartoon-style hose limb? (cartoon arm)

I was wondering if anyone knows how to set up a hose-like, cartoon-type limb like in this picture? 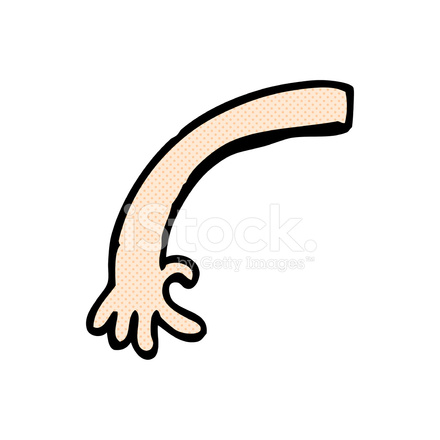 My current setup for my model's limbs uses Inverse Kinematics and actually works quite well for the moving whole arm around, although I do get some really nasty-looking deformations I get when I try to bend the limb, but this isn't my primary concern right now. 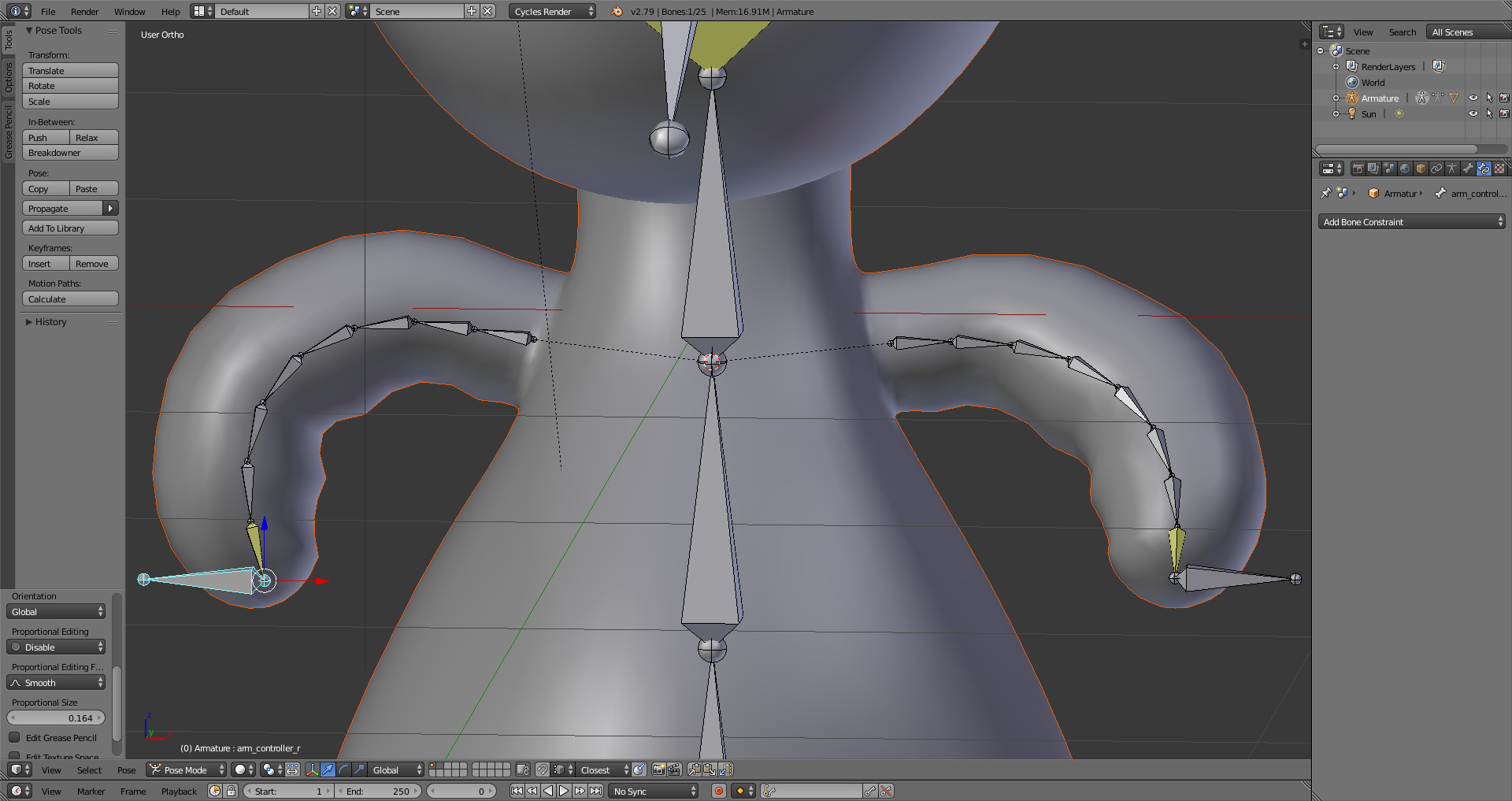 My main concern is that while I can manipulate the arm as a whole without trouble, trying to get the arm to bend like in the first picture is an extremely frustrating and finicky affair. Basically, I need some method of being able to improve control over how the arm bends in order make more manageable for posing the model. 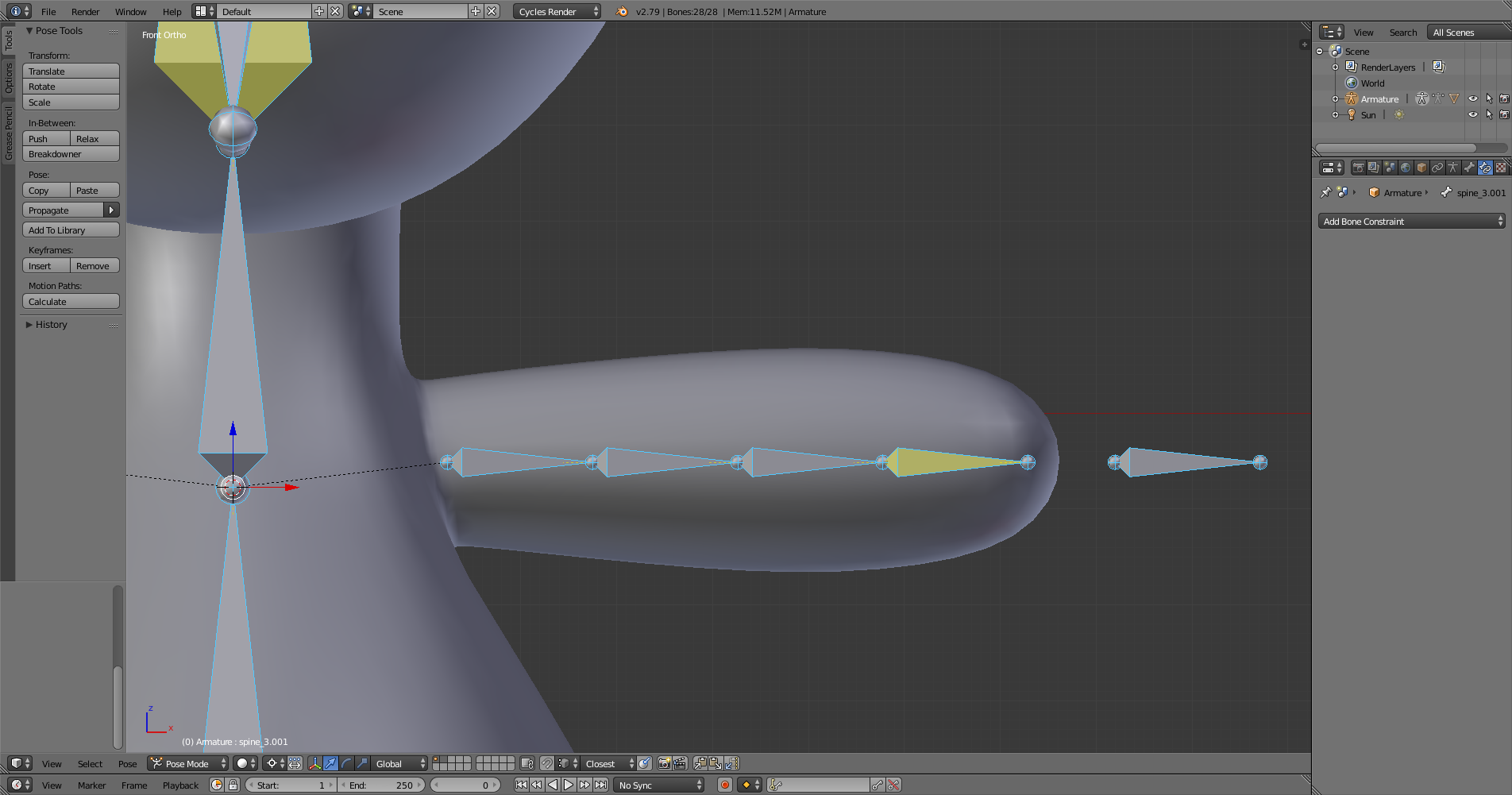 Another potential solution I saw on various tutorial videos was using a Bezier Curve to control the overall curvature, but I'm not too sure whether or not I can attach a Bezier Curve to only part of a model rather the whole thing.

I tried looking for a solution by searching YouTube for a tutorial on how to rig cartoony hose limbs, but instead I was surprised by the dearth of materials on the subject, especially since its been a staple of animation since pretty much the very beginning of the medium. I mean, I get that the standard skeleton armature is a lot easier to setup than the classic hose-style limb, but it is simply not the look that I want for this particular model.

One final thing to keep in mind is that I've been making this model for a game project that I've been working on, and thus any potential solutions for this problem must be compatible with game engines like Unreal Engine or Unity.

I hope that what I'm not asking for too much, and that I would greatly appreciate it if anyone could offer any potential help with this endeavor.

Sorry for not responding earlier, but thanks a lot for going to the effort of responding to my question, although it would appear that it wasn't needed to begin with. After going back and playing with the armature some more, it turns out that Inverse Kinematic chains that I set up for the arms actually do work for posing, I guess I just didn't have a very good grasp of how to properly control them.

It's probably for the best that I use Inverse Kinematics anyway because I am trying to make a model that can be imported into Unreal Engine 4 and my understanding is that game engines like Unreal and Unity are incompatible with Bendy Bones. At least that's what I have read in the past, I'm not sure if that has changed recently, but my recent attempts at trying to look into the matter has mostly come up with older information, so I have to assume that nothing has changed so far.

However, despite the fact that I won't be using your solution, I still think it was worth posting anyways because while I might not use it, there's always the possibility that it might help someone else out. There is after all, a distinct lack of info out there on how to do cartoon-style hose limbs and having this information out there means that others can now find it and use it to help themselves out. Its because of this I decided to go back and add some additional tags to my original post to make it easier for others to find this info.

Regardless of everything, thanks again for the help!

If you want your arm to be more free and elastic you could also try the Stretch To constraint: 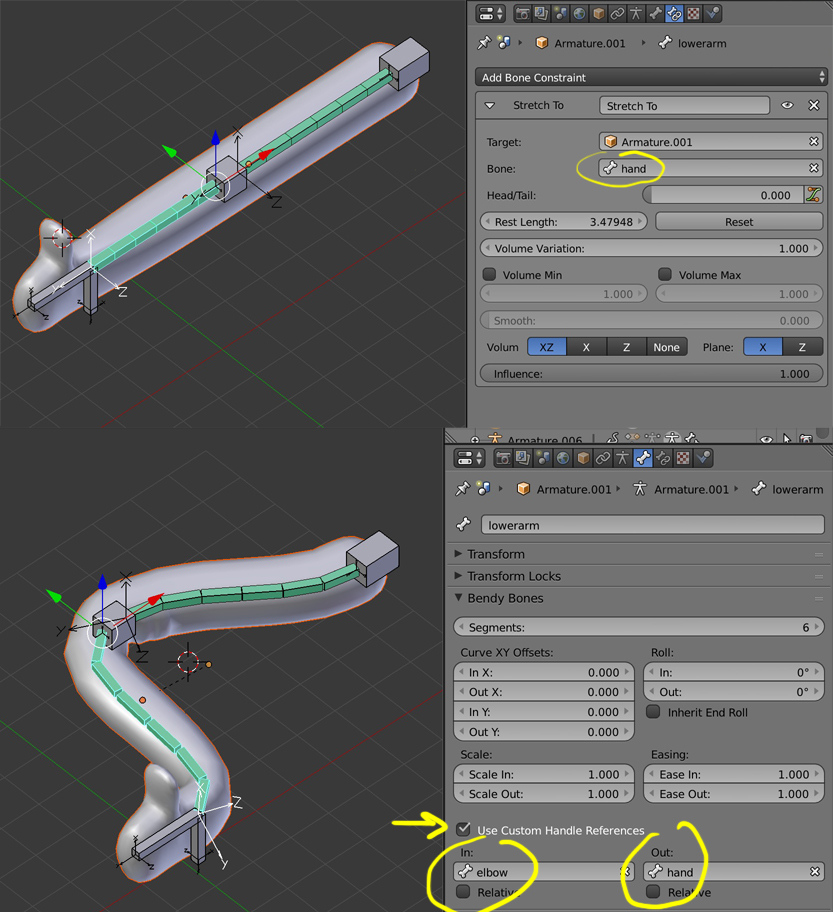 Third method is Spline IK, a bit more difficult to set but very flexible and will probably preserve the volume better:

Not the answer you're looking for? Browse other questions tagged animation rigging armature bones inverse-kinematics or ask your own question.

2
Rigging mesh bends rigidly with Inverse Kinematics
3
Rigging a pencil case
2
How do you rig eyebrows?
0
Making a rigable robot
1
Soft Body - how to make a stretch deformation by collision?
0
Animation destroys character arm when moving using bendy bones
0
Rigging and assigning weights to a round mouth
1
Is there a way I can animate a bezier curve attached to two objects?
0
How do I animate a rope in Blender 9.3?
1
How do i make this minecraft eyebrow with bendy bones?
See more linked questions

0
Having trouble with IK bones
1
How to maintain IK chain angle to target?
0
How to use root motion with inverse kinematics?
1
Should I animate with skeleton or separate objects?
1
How do you rotate an entire rig without bending bones controlled by IK pole?