What does 'Mark Sharp' *actually* do?

In the course of teaching myself Blender, I've always been led to believe that marking edges 'Sharp' had an effect only if used in concert with the Edge Split modifier. But then I saw a couple of tutorials which used the 'Sharp' Edge Data property without splitting edges.

The objects below are identical. Autosmooth is enabled for both at 60 degrees. Both have had a Bevel modifier applied to all edges but the ones in the curved section, controlled by weight. The only difference between them is that the one on the right has had its sharper edges marked 'Sharp' 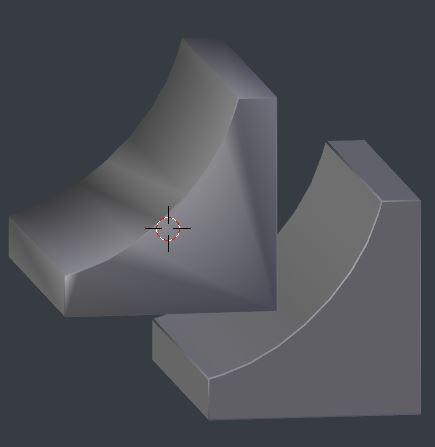 And after the Bevel modifier is applied, there are split vertex-per-face normals on the marked 'Sharp' version, again on the right. The vertex count in both versions is the same.

The Blender manual goes no further than to say the 'Sharp' property works with the Edge Split modifier.. but no Edge Split modifier has been assigned. Can anyone explain what marking 'Sharp' actually does, under the bonnet, contrary to all the explanations I've heard?

According to the v2.92 manual (emphasis added):

The Sharp mark is used by the split normals and the Edge Split modifier, which are part of the smoothing or customized shading techniques.

So, anything that uses split normals can also use the sharp data. This applies to the Auto Smooth feature of meshes.

By default in Blender . . . a sharp edge is always defined as an edge being either non-manifold, or having at least one of its faces defined as flat.

Enabling the Auto Smooth setting adds an extra parameter to define a sharp edge, the Angle threshold between two neighbor faces, above which the edge will always be considered as sharp.

So, for example, you could apply Auto Smooth, say at 30°. Then you could mark an edge as sharp, say an edge that was only 20°. That edge would stay sharp thus overriding the Auto Smooth.

10
How to avoid terminator artifacts while still using smooth shading and the new pointiness attribute?
6
adding support edges
8
What is the role of Auto-smooth?
6
How can I make a groove in a sphere?
0
is it possible to easily create this effect on a mesh i modeled from a single vertex?
1
Generate soft normals on sharp edges
1
'Clear Sharp' doesn't seem to be working
1
How do I convert a Mesh's autosmooth result into an edge selection?
2
Weird sharp vertices with subdivision modifier