Specific selected object won't export to STL while others will

10-year Blender user here (currently 2.79b, Win 10), facing a strange problem. I'm trying to export a selected object to STL, a routine action for me. I've boiled the problem down to a simple file containing one tetrahedron. When I select this tetrahedron and do Export --> STL with Export Selected checked, the resulting STL file is empty and will not open in another viewer (NetFabb).

Here are some cases that should help narrow down the behavior. 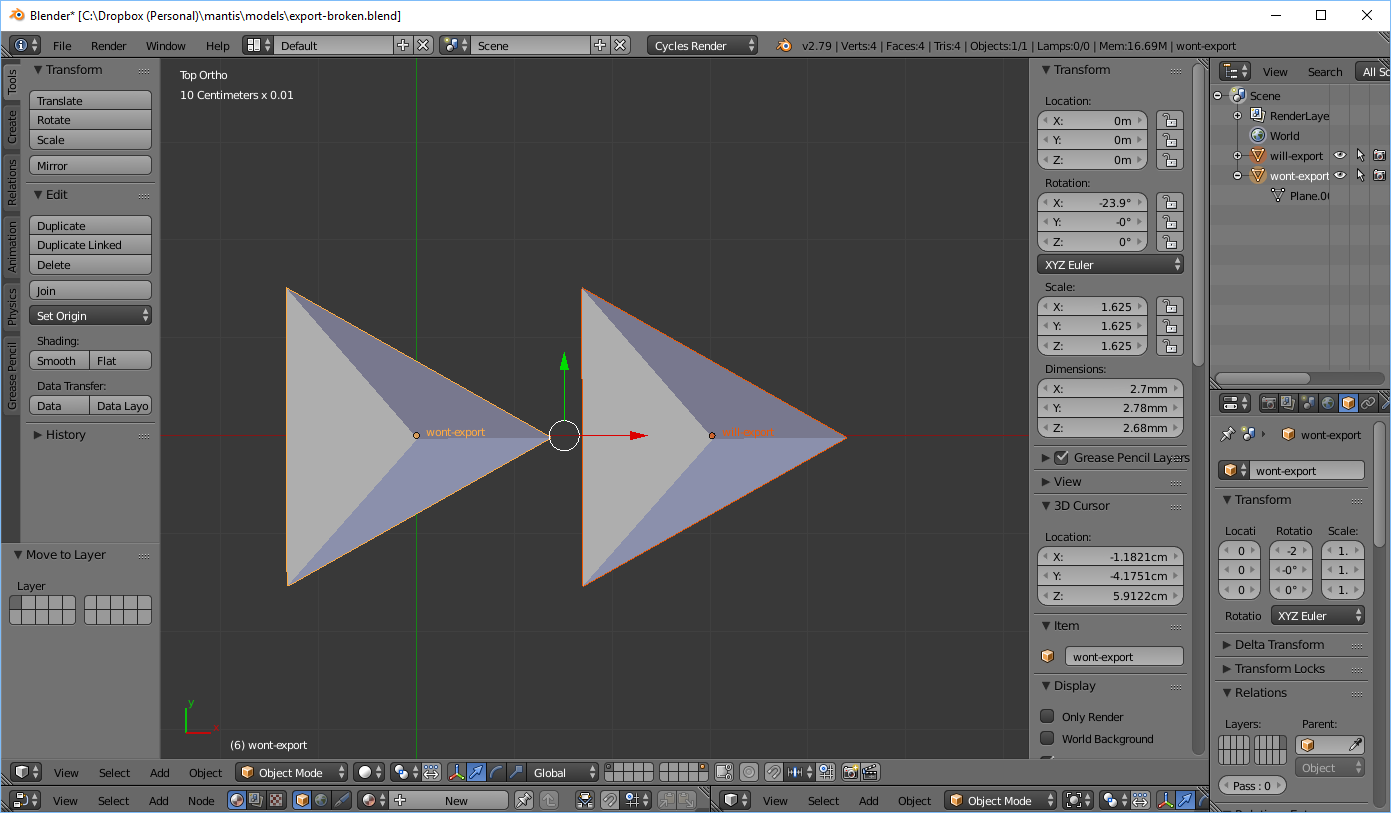 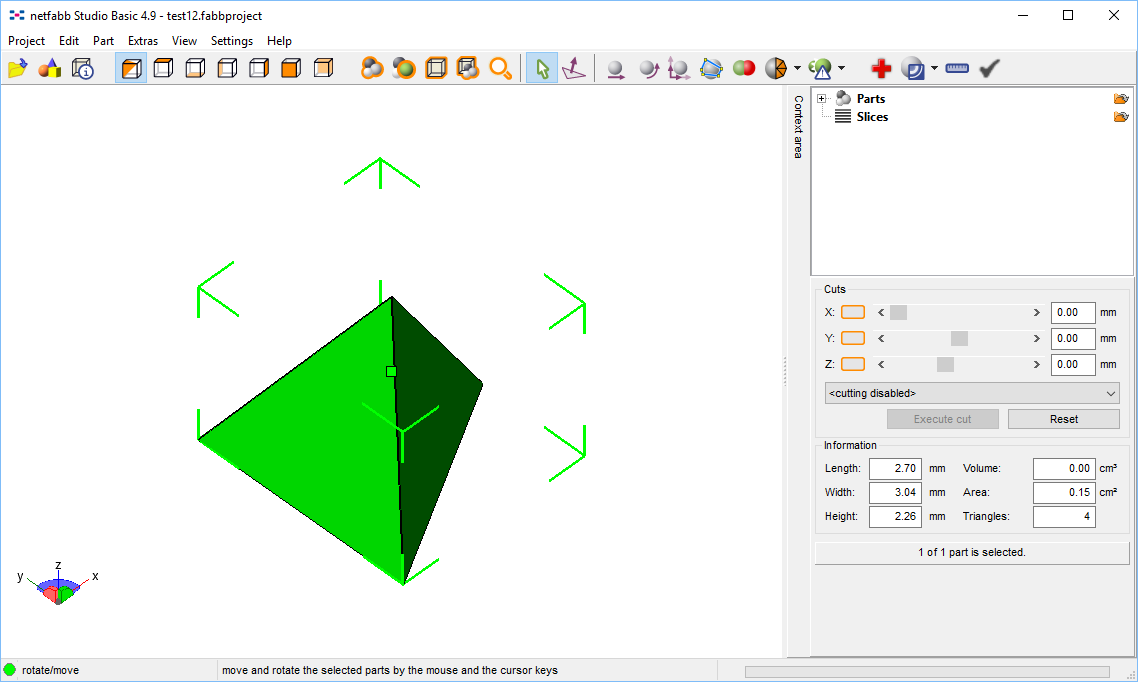 Exporting all (not just selected) works normally, even with just the original problematic tetrahedron.

Additional background: of course, I'm not trying to export tetrahedrons; I encountered this bug in the context of a much more complex file. I am preparing objects for 3D printing -- again, routine for me -- and exporting all is not an option. Anecdotally, it appears that this is not limited to STL export but also affects export to other formats. Moving an object to another layer in my more-complex file does not fix the export problem. The onset of the issue was not accompanied by any major change or issue I was aware of.

SOLVED (see answer below). The reason the object that is moved becomes exportable is that it was moved to a layer that happened to be set as visible in the second, minimized viewport.

I've figured out the issue. My file -- and example file -- has two 3D-view panels open. Each of these permits layers to be selected as visible or not in the usual way. The main viewport has layers visible for my object (the example tetrahedron). However, a second split window, also set to 3D View, has only other layers selected to be visible -- the layer containing the tetrahedron is NOT set to visible in this other, minimized window.

It turns out that setting the tetrahedron's layer to visible in this second window suffices to make the object export properly. So it appears that the Export code is reading the layer visibility from one viewport (the most-recently-created one?), even if this is not the main viewport.

Here is a clearer example of a situation in which the selected object will not export. Note that the lower window (now not minimized) has a layer not containing the target object selected for visibility. 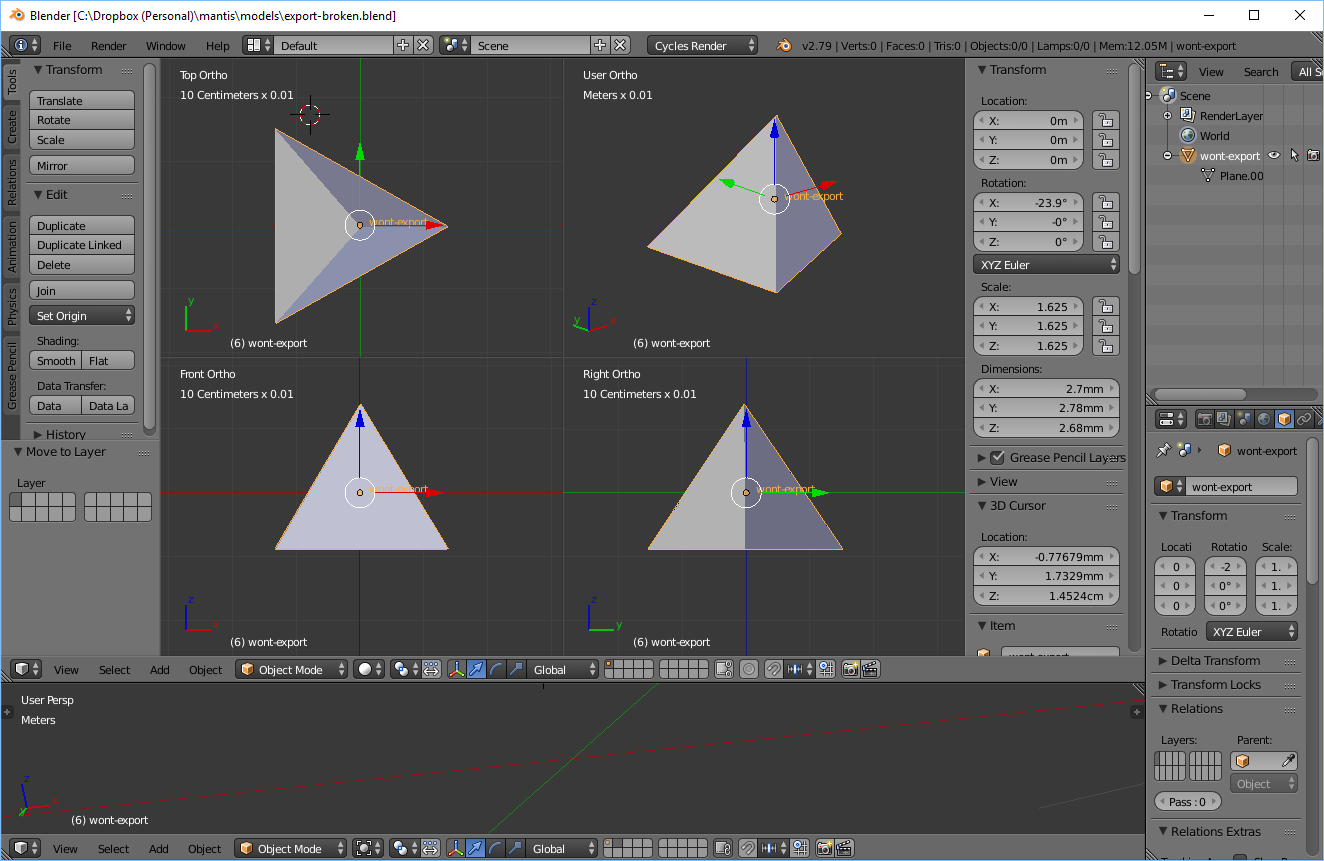 A hint about this came from an answer to another question (STL empty on export (Python API), answer by Azukikuru) which refers to visibility. Visibility turned out to be the key here.

I´m interested in this case. You have not mentioned if after the SHIFT+D you apply the translation to deltas? I´d try this on your duplicated copy. After you move -duplicate it, apply Location, then all transforms to Delta. This should zero out your coordinates, which seem to generate this problem (center of world for ZTL export).

Try that and see how it goes. Other than that I´d take a wild guess there´s an activated plugin conflict related to exporting .ztl. I´d also advice to repeat this error with all addons off, except the .ztl exporter to determine further conflicts.

Let us know how it goes. Thanks.