How to use an invisible emitter as mask for its particles? (Cycles)

Or in other words: How can I make those parts of my emitted objects/ groups, that are behind their emitter from the camera's point of view, disapear despite the emitter itself being transparent/ not being rendered?

And this preferrably without creating new objects from the particles to keep the particle system editable. Also there are many million particles in the project that I need a solution for and turning each particle into it's own object would be unpartical to say the least. I don't know if its possible to turn several particels into one single seperate object.

I hope anyone can help me as I don't know how to proceed. Any help is highly appreciated! 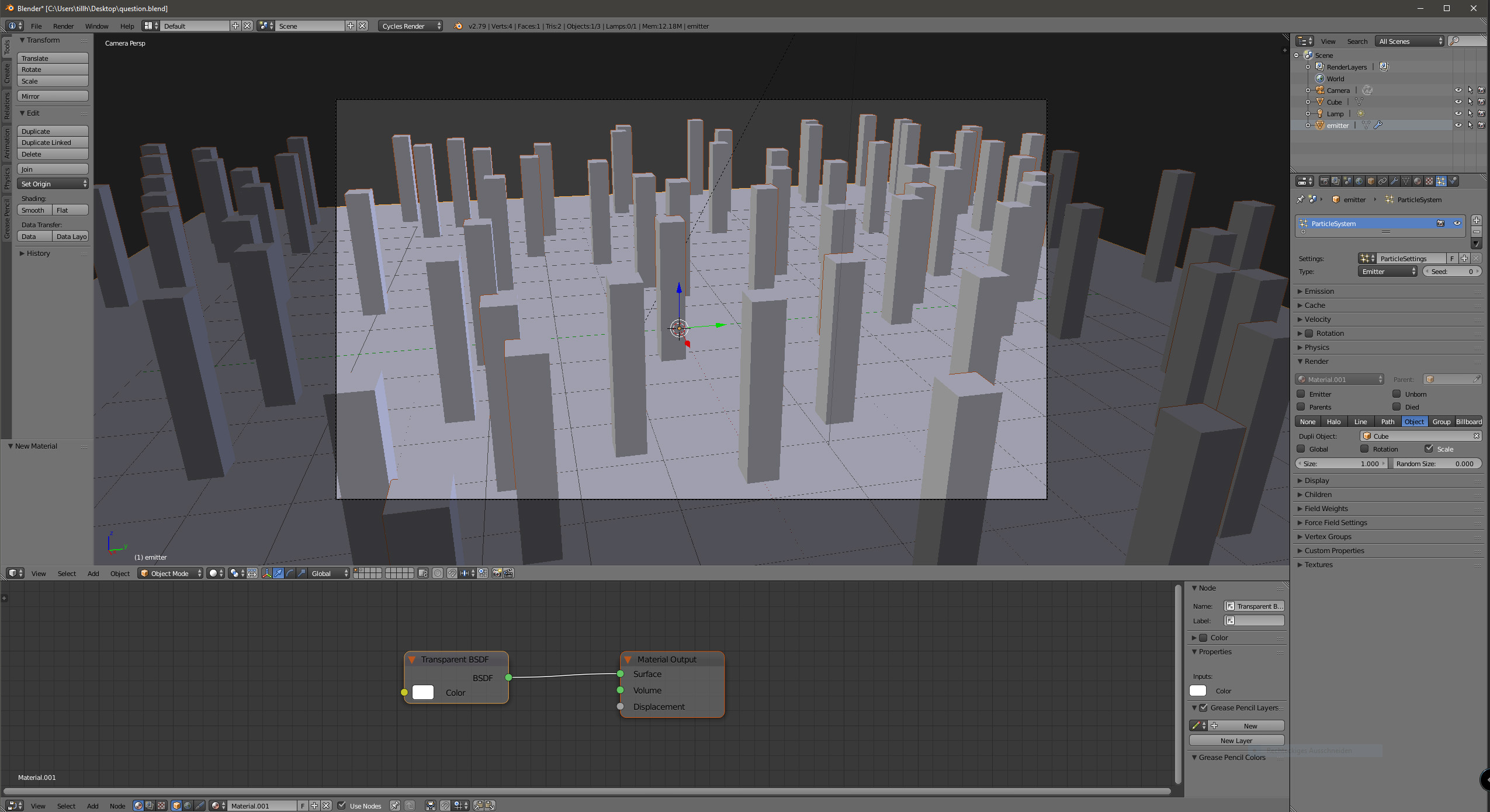 render result when emitter is being disabled for rendering or given transparent material: 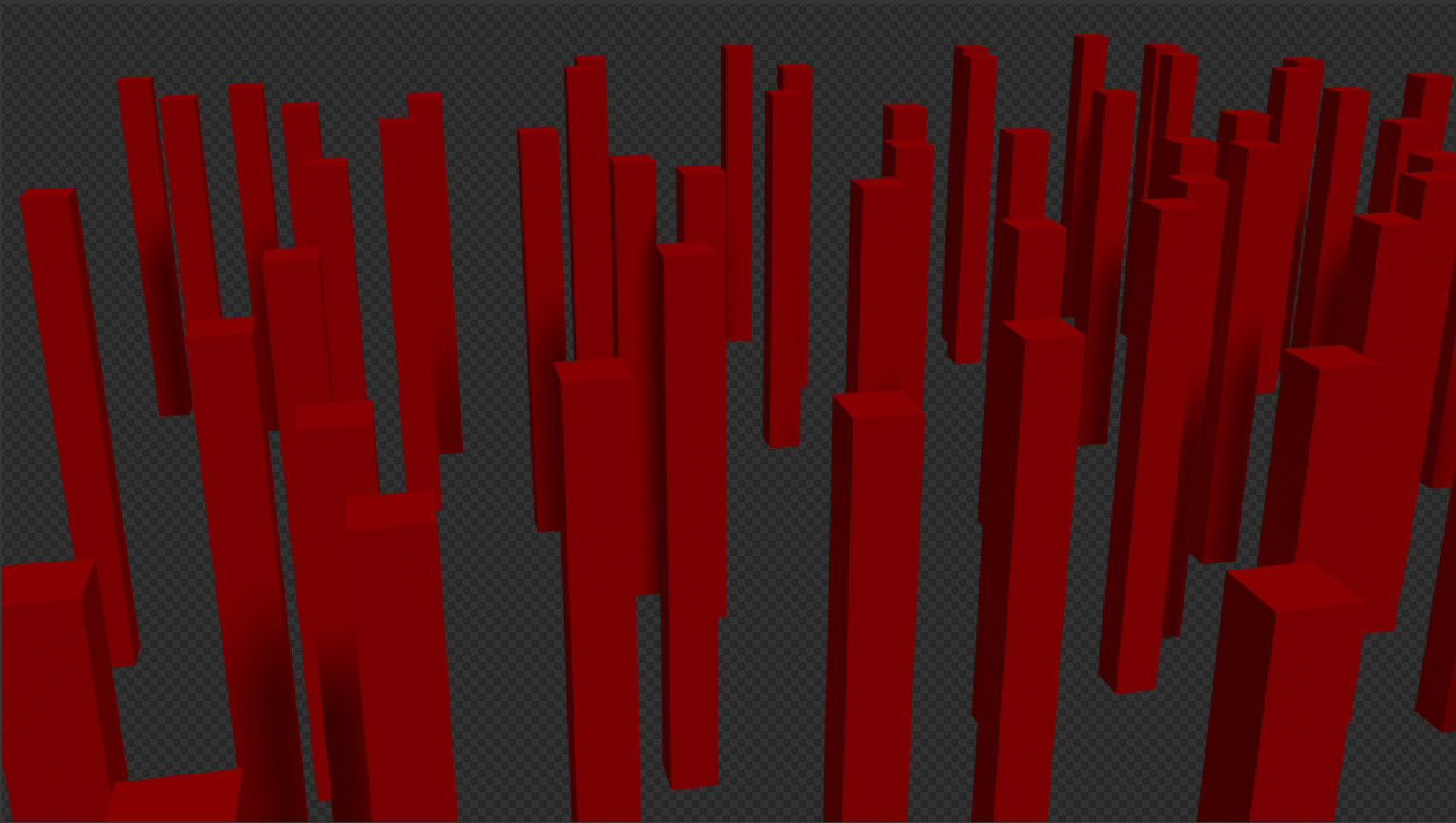 desired result mocked up in photoshop: 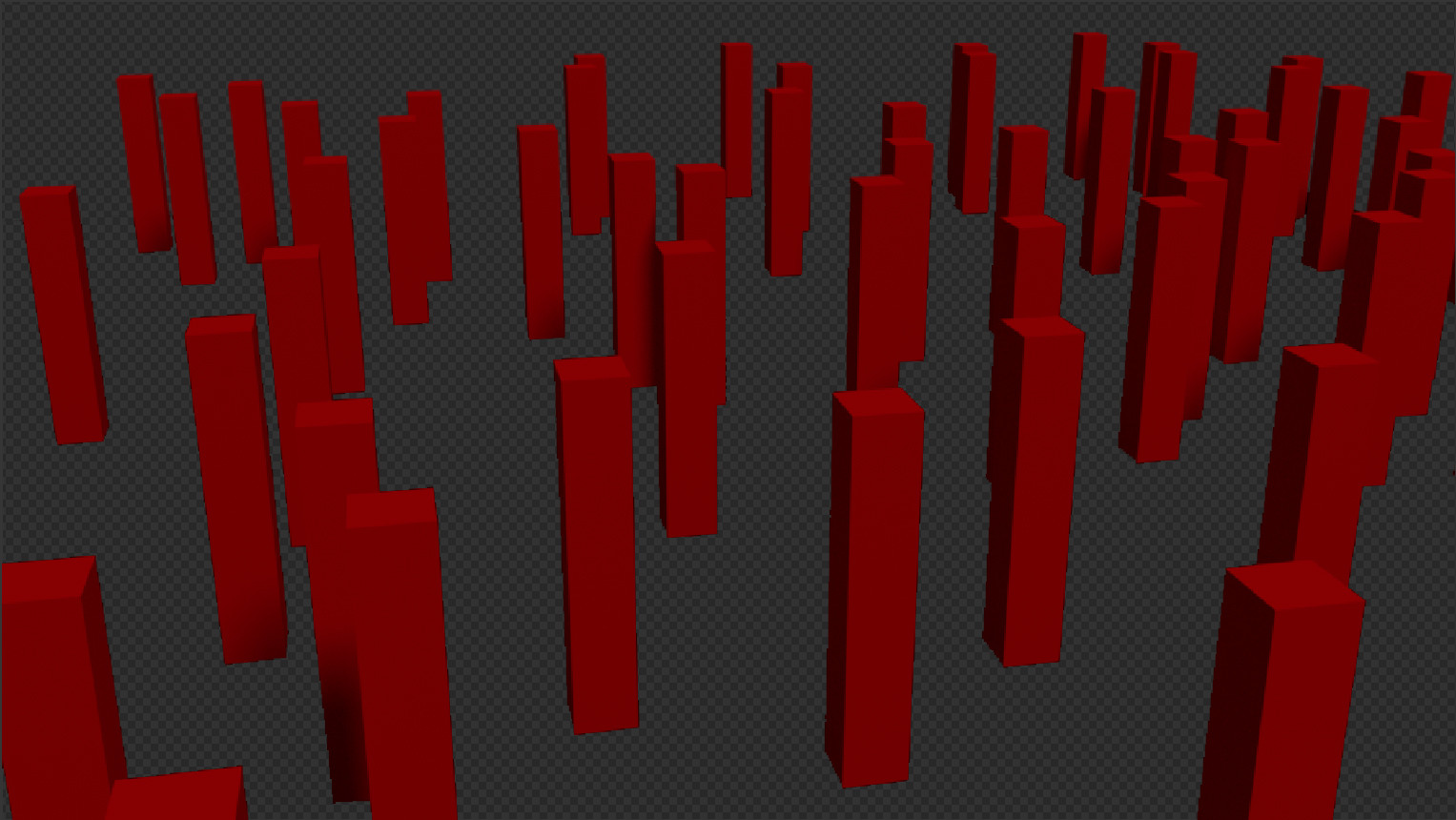 If the emitter is always a plane then you can use the plane's Object coordinate to determine whether the particle material point is above or below the plane and use this to mix transparency as shown : 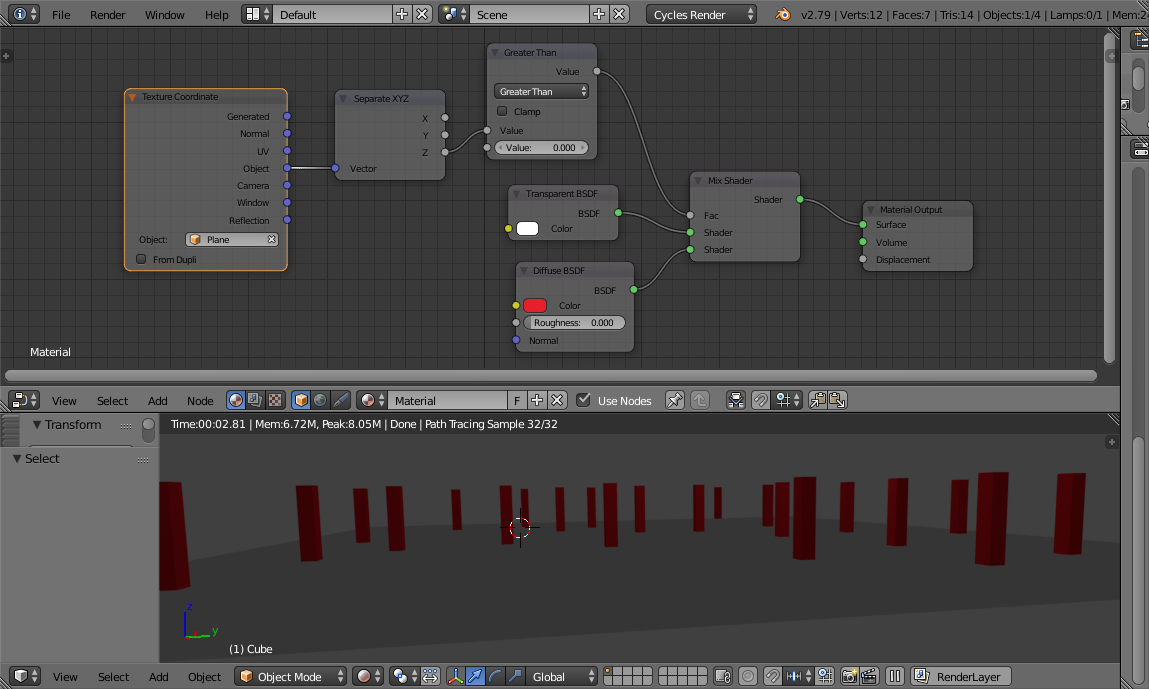 In the example image above the plane is set to be mostly transparent (so you can still see where it is) and the blocks extend above and below the plane by the same amount. The part above the plane has a positive Z coordinate (in the plane's object coordinate space) and so the Greater Than node controls its visibility.

Obviously this method will only work if the emitter is a plane and you want anything below the plane to be invisible (even it it would be visible past the edge of the plane).

For an uneven surface where you cannot determine the cutoff mathematically, you can produce the same effect by using the compositor Z Combine node to combine multiple render layers based on depth. This allows you to effectively mix the two layers together so that those parts above the surface are visible while those below the surface - and the surface itself - are transparent.

To demonstrate I created an uneven surface from Suzanne's face and added particles as for the previous example. 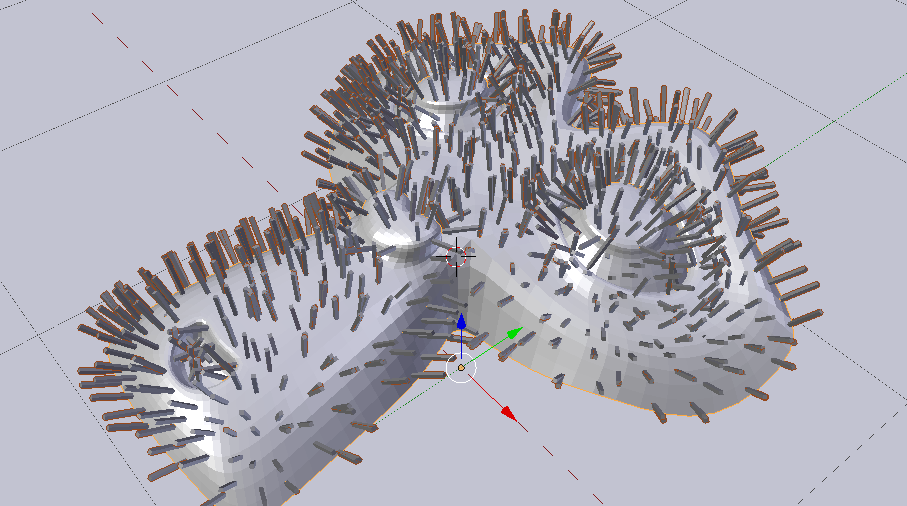 Setup the scene with two render layers, both with the Z-pass enabled. The first render layer should render the particles while the second just the mesh (create a duplicate of the surface and move it (M) to the second layer. For the surface to be transparent you should assign a transparent material to both of the meshes. 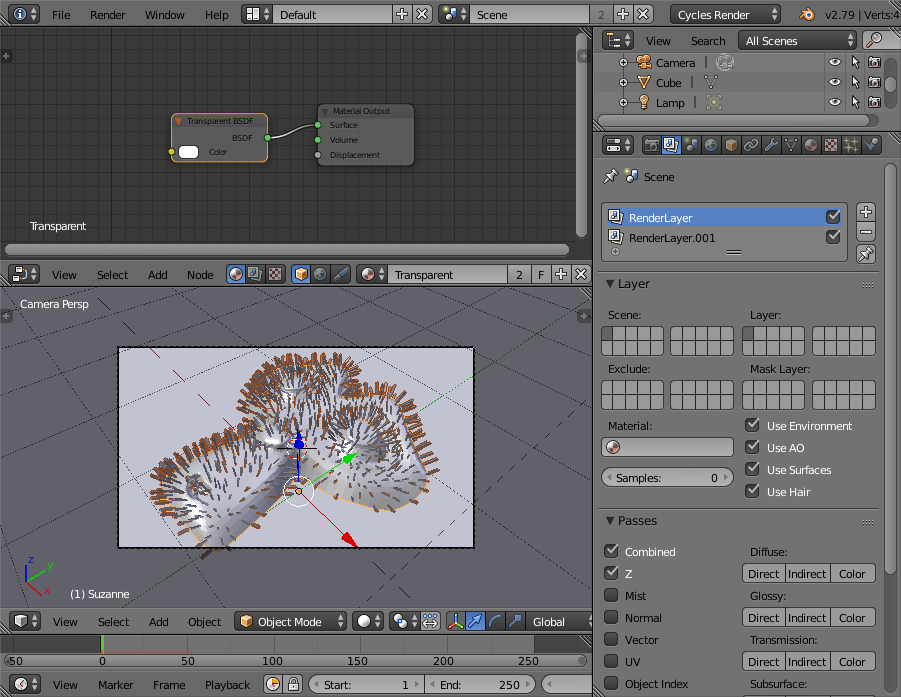 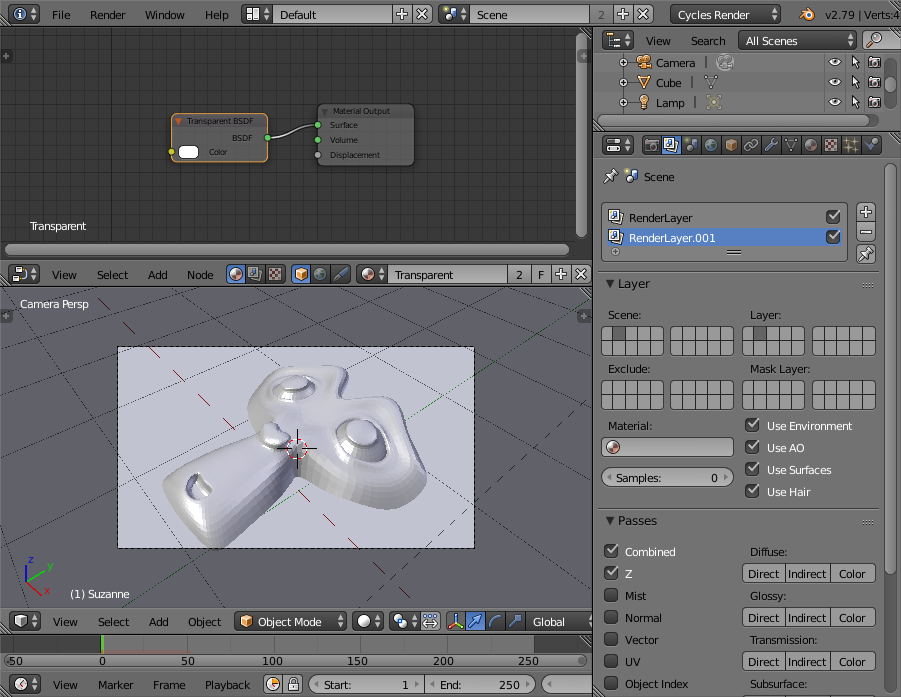 In order for the transparent mesh to have an effect on the Z-pass, set the Alpha Threshold of the second render layer to zero. Don't forget to enable both layers by Shift-selecting in the toolbar or in the Scene section of the Render Layer properties.

The Z-pass on each layer should be something like the following : 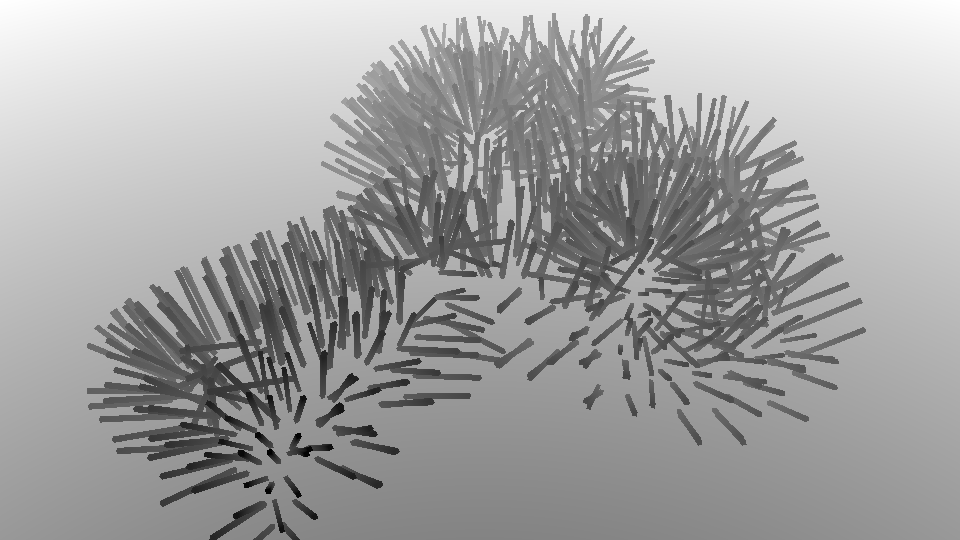 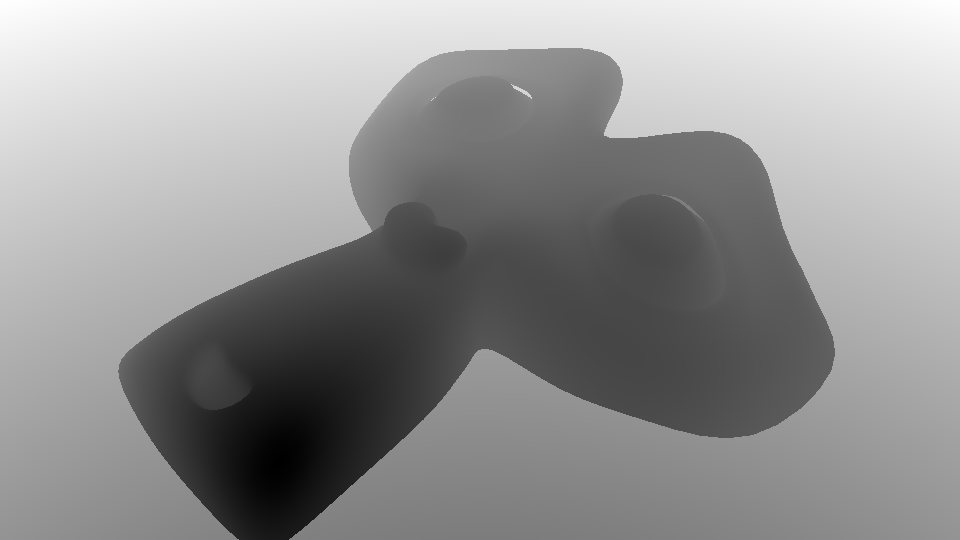 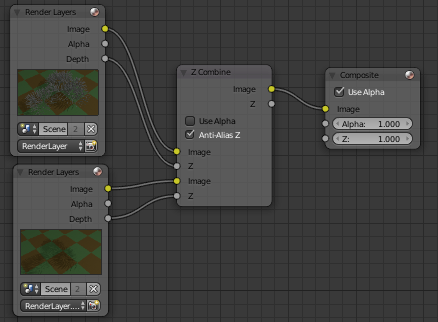 And here is the result : 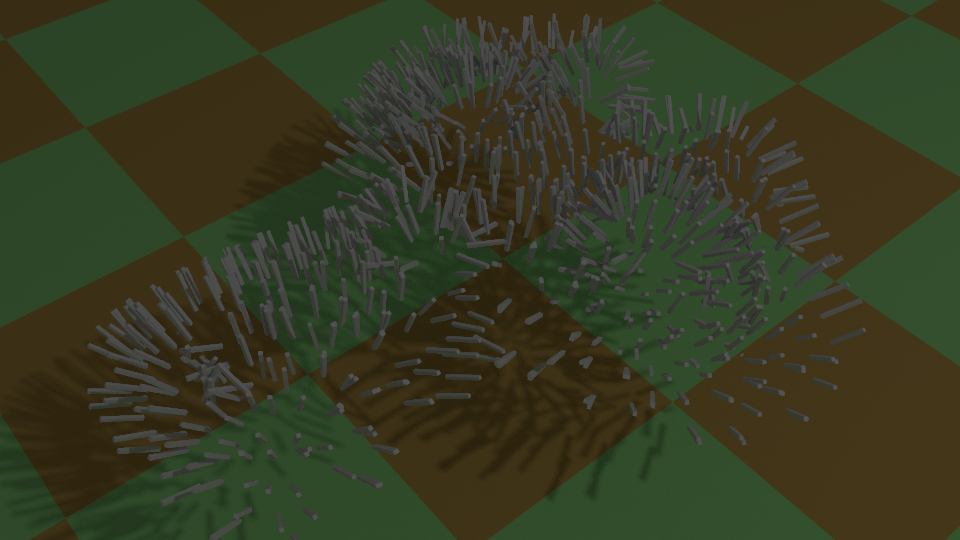 Note that the checker pattern is only there to demonstrate the transparency.

Not the answer you're looking for? Browse other questions tagged particles transparency render-layers masking compositing-nodes or ask your own question.

6
Cycles alpha mask hole
8
Invisible object that hides other objects (as a mask)
10
Animation Nodes: How to create faces from a Particle System?
3
VSE: Use png images in one channel as alpha mask for another channel
5
How to save render layers for later use
2
Make particles start their animations when they're emitted using Animation Nodes?
2
Why use hair instead of emitter as particles?
0
Animation Nodes - Multiple Particle Hair systems distribution, and mimic child particles
0
Emitter doesn’t show particles