When I Merge 2 Spheres together How do Get it to smooth all the combined edges?

So I combined these 3 shapes together and you can see the edges are still there. how can I fix this? How can I smoothen all the edges in that one shape? 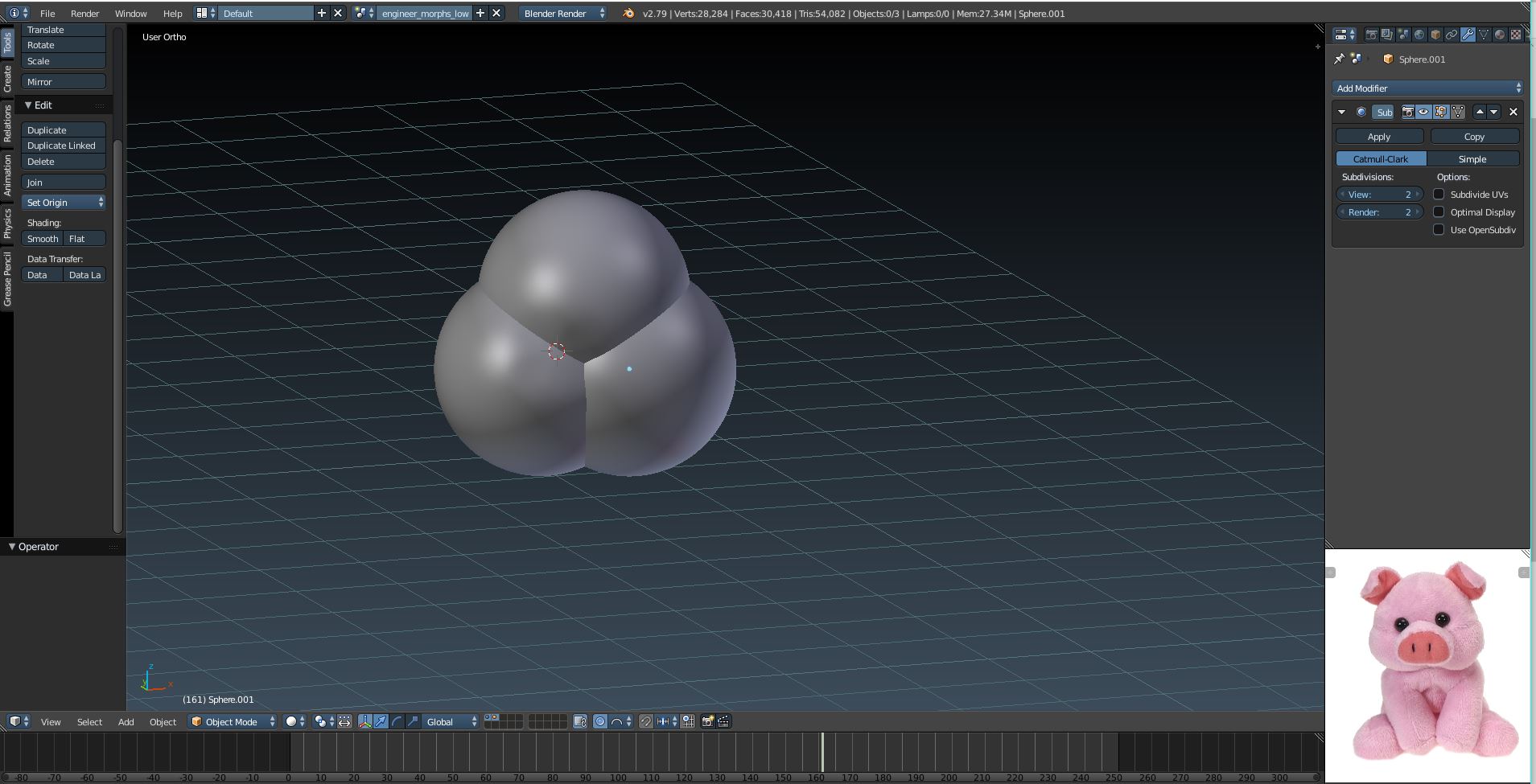 It's easier to model the junctions in highly symmetrical objects like this than it seems.

Note that the origin of the spheres object never moves from the World origin. All moves are on the mesh, in Edit Mode.

How did you combine the three spheres? The wrong way is to select the three spheres and then 'join' them. The reason it doesn't work is that this creates three sphere which sit trough one another (take a look in wireframe mode, shortcut z). The right way is to use the boolean modifier and set it to union. This creates one object with surface.

9
Flattening the intersection of overlapping spheres

6
Freestyle not drawing all the edges
6
How to merge the mirror modifier correctly?
1
How to regain smooth shape whilst scaling a group of edges that contain both creased and non creased edges?
0
How to extrude all edges 1cm from center point?
0
how can i get sharp edges?
3
How do I get rid of the extra faces created when extruding inwards?
1
move edges radially from the centre