Trying to make a plane follow a bezier curve

I'm trying get a plane to follow this form of bezier curve:

Though I'm struggling getting the plane to actually follow the curve. It either does some weird bunching at the spiral or overflows at the other end. The spiral itself is meant to taper till it folds in on itself. Here's what is currently happening. Is it because the bezier is too long compared to the plane? or too short. I know that I'll need to add in more points to the curve itself. Also there is a mesh deformation on the plane to taper it at either end.

You can create a plane, add Array modifier to it for repeating and Curve modifier - for curvature: 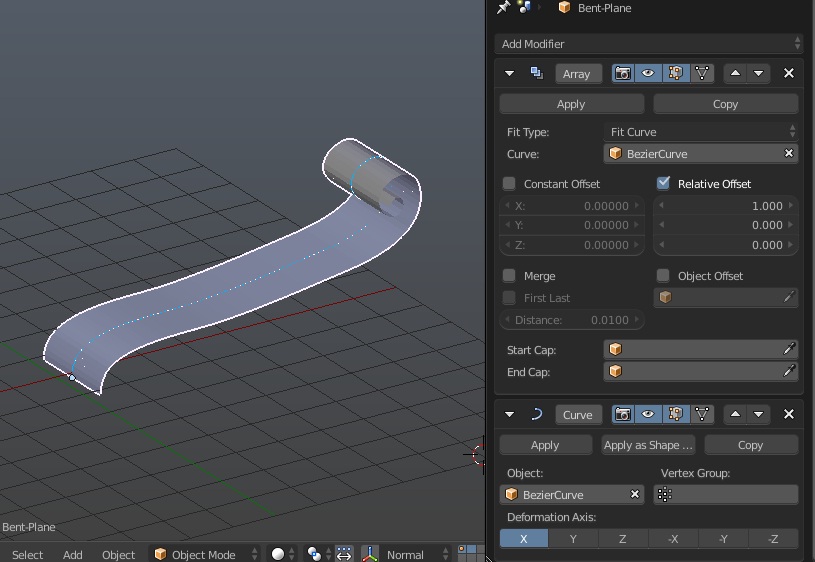 But why if it's possible to go with curves and avoid any "origin points matching for Curve modifier"? Create 2 curves, 1 - main one (shown above), another one - default curve from Shift+A > Curve menu, but just scaled down by one axis (in this case by Y axis) so it's flat.

Then set that curve as bevel object for the main one and in Edit mode scale simple curve to adjust thickness of the main one.

..Not forgetting that you may not need a plane at all... Curves will do this by themselves.. you can always convert to a mesh (Object Mode .. AltC) when you need to. 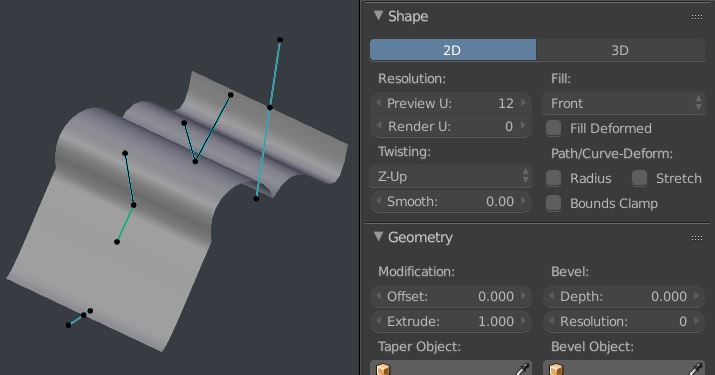 And if you need a taper, you can add a taper curve in the XY plane. (Its X dimension is mapped to the length of the affected curve, Y determines taper amount.) 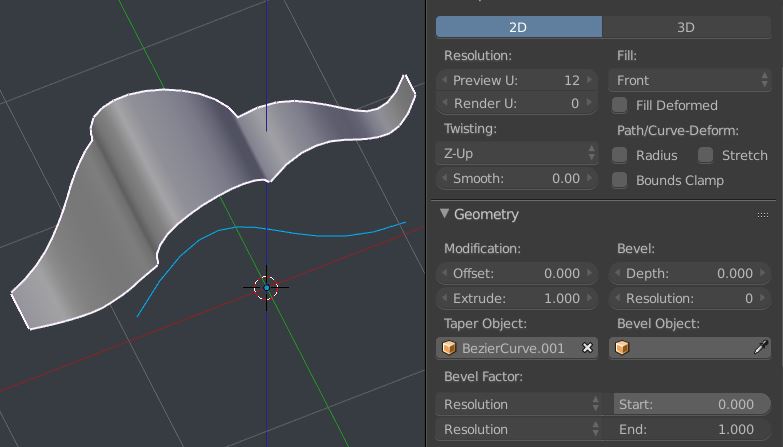 1
Adding segment to Bezier curve
0
How do I get particles to follow an animated path or armature?
0
Cannot make plane follow bezier or path
3
No object option when adding a geometry bevel to a curve?
1
How to use script to translate, independently, all control points in a Bezier curve?