Volumetric haze is showing through solid objects when 'stacked'

I have my whole scene contained in a big cube, and the cube's shader has both volume scatter and volume absorption (which are mixed with an add shader). So the whole scene has haze.

Then, where light is emitting from some conical lamps, I have some invisible light cone meshes, and their volume shader has a stronger haze effect, about double that of the room.

Either haze effect works fine on its own. But when I enable both of them, some haze from the cone lights appears to show through solid objects. But not consistently... like in the pic below, areas near the camera don't have the issue while areas a bit further away show it.

What's the cause, how can I fix it?

See the screenshot below to see what I mean. 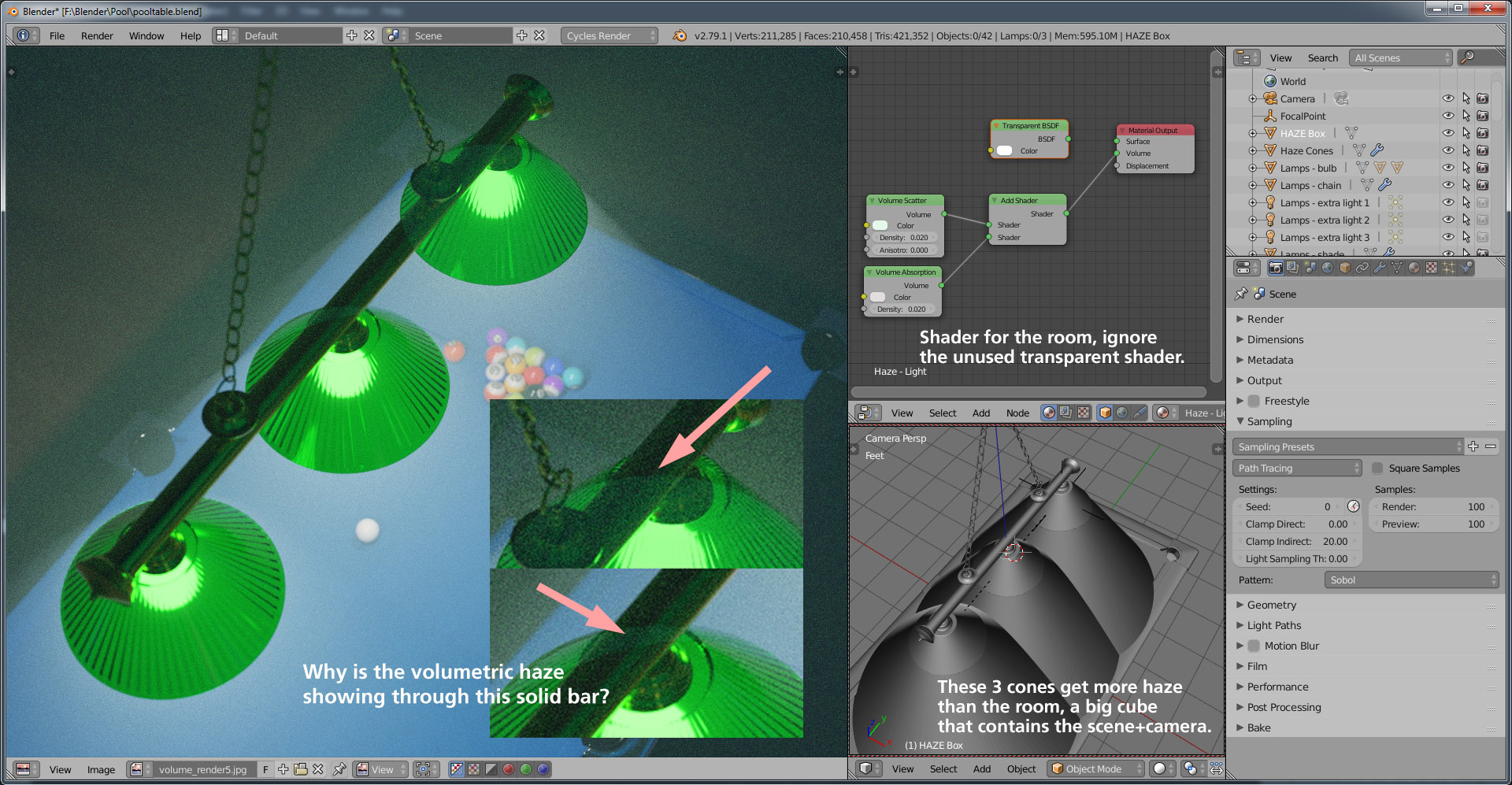 Haven't had much luck on this site lately! But I kept banging away at it and figured it out on my own. 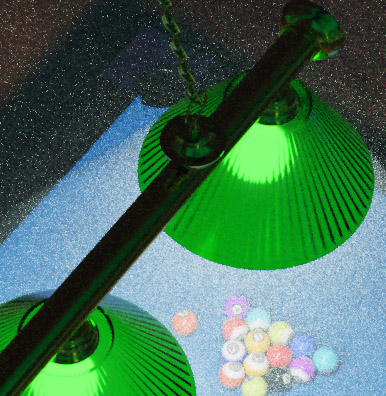 The three overlapping cone shapes that you can see at the 3D window (bottom right), don't come to a point, the point is chopped off. So they're like cylinders that are skinny at the top and fat at the bottom.

The issue was apparently caused by the fact that my cylinders were open-ended (aka non-manifold). They had no faces at the top or bottom.

So for example in this pic, the first and last cylinders/cones have faces on top. The middle is open. So if I rendered it like this, the middle one would have the problem while the others wouldn't. 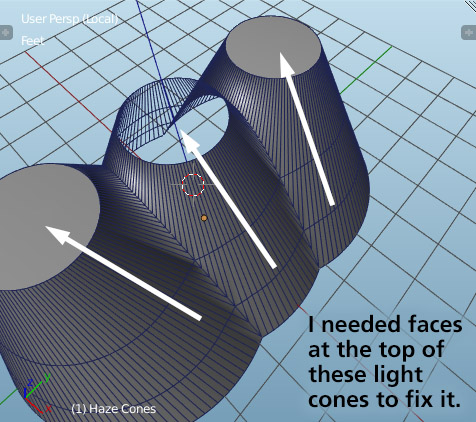 So it seems volumetric effects are sensitive to the mesh that contains them. I should have figured that out sooner because I tried making the cones originally with no faces, just 'wireframe' vertices and edges... and the volumetric effect didn't show. They needed faces to contain it. Since the faces have no material, light passes through them ok, so leaving the top of the cones open wasn't necessary.

Not the answer you're looking for? Browse other questions tagged shaders lighting volumetrics depth-of-field or ask your own question.

10
How to achieve white “fog” effect within an ice cube?
7
How can I render Volume Scattering on all my layers?
1
Trying to fake “God Rays”/ Stage Lights with materials
0
Volumetric lighting is not showing in camera view
7
How to create an underwater scene in cycles?
2
Light not effecting volumetrics
2
Volume shader looks solid from outside