This is the path where Gimp.desktop is located:

However, when I use the function Edit Images Externally in Blender I get the following error message:

Image editor could not be launched, please ensure that the path in User Preferences > File is valid, and Blender has rights to launch it

This is not a duplicate because the similar question asked is about Windows whose OS is completely different from Linux. 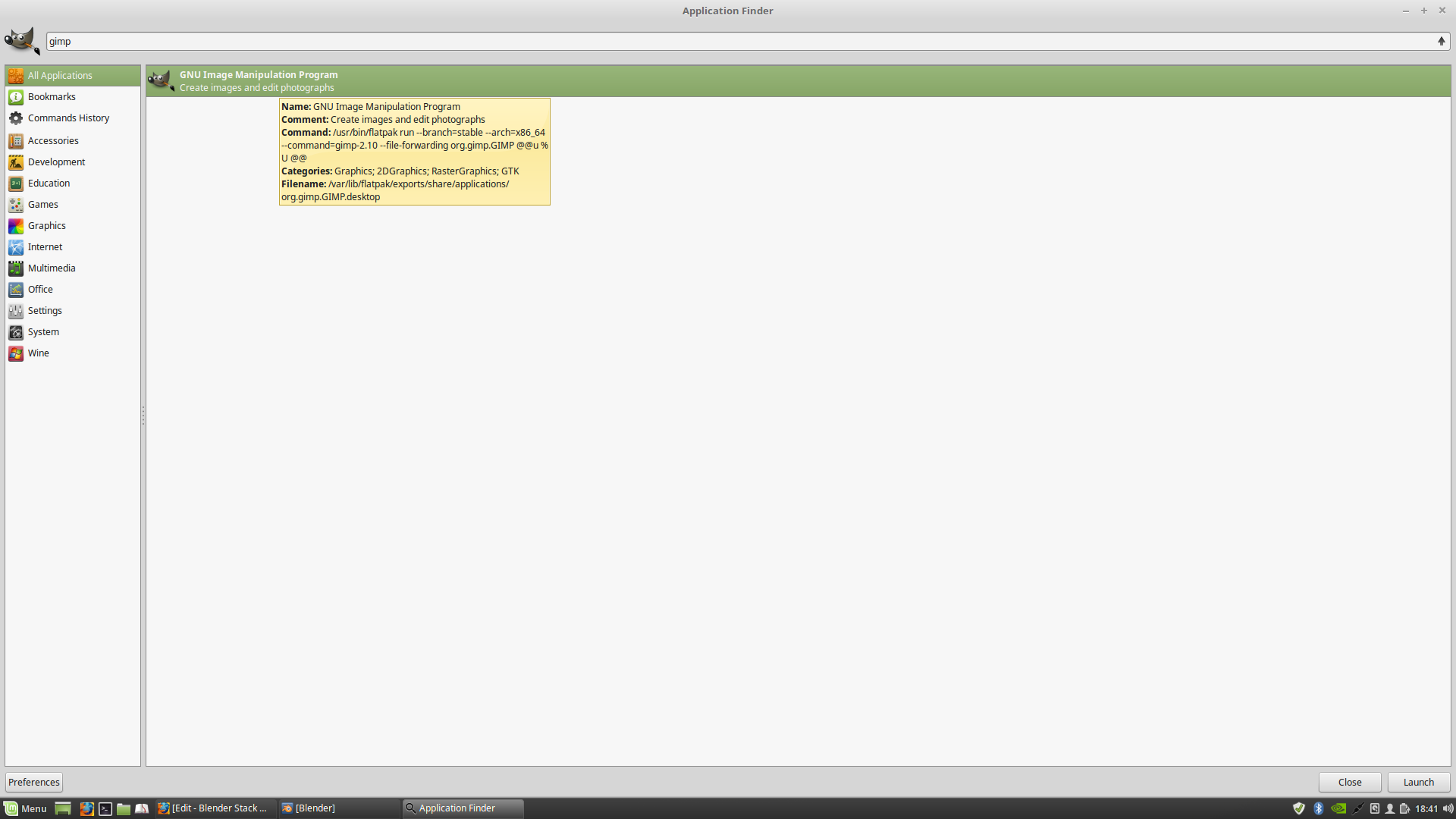 To discover the real path where Gimp executable is, I was told by the Gimp Team that I must right click Gimp.desktop with a text editor.

Typically, you should be able to leave User Preferences > File > Image Editor blank - as Blender will attempt to find 'gimp' on the system path. The 'Image Editor' preference is there as a means of selecting an alternative Image Editor or specifying where to find it if it isn't already on the path.

Note also that the '.desktop' file is a means of your window manager opening an application - Blender should not be using that as it will invoke 'gimp' directly. However, if you open the '.desktop' file then it will tell you what command clicking the 'Gimp' desktop icon will invoke (ie, where Gimp is installed if it isn't on your path).

Firstly, ensure that 'gimp' is on the path. You can do this by opening a 'terminal' window (I'm not too familiar with Mint but it should be something like 'Terminal', 'XTerm', 'Term', 'Command Window' or something similar) to get a command prompt. Then enter 'type gimp'. This should come back with something like :

This tells you that Gimp is available in /usr/bin/gimp and is on the system path.

If this is the case then you should simply be able to leave the 'Image Editor' in the File preferences blank - Blender will find it.

The problem is related to Gimp 2.10 Flatpak which can be downloaded directly from Gimp.org

According to the Gimp user forums, there are known issues with Flatpaks as well as Snaps and AppImage because they are very recent and have a certain number of issues that need to be tackled before they become really easy to use.

In Linux Mint, the path for Blender Edit External IMages is the following:

as Rich Sedman pointed out!

Not the answer you're looking for? Browse other questions tagged image customization uv-image-editor external-applications or ask your own question.