Ok, so to make windows, i try the boolean modifier.i add a cube, place it in the place of window. i add a boolean modifier to the walls of the room.Then,I set the operation to difference and selected the cube. Next the cube starts clipping. like this: 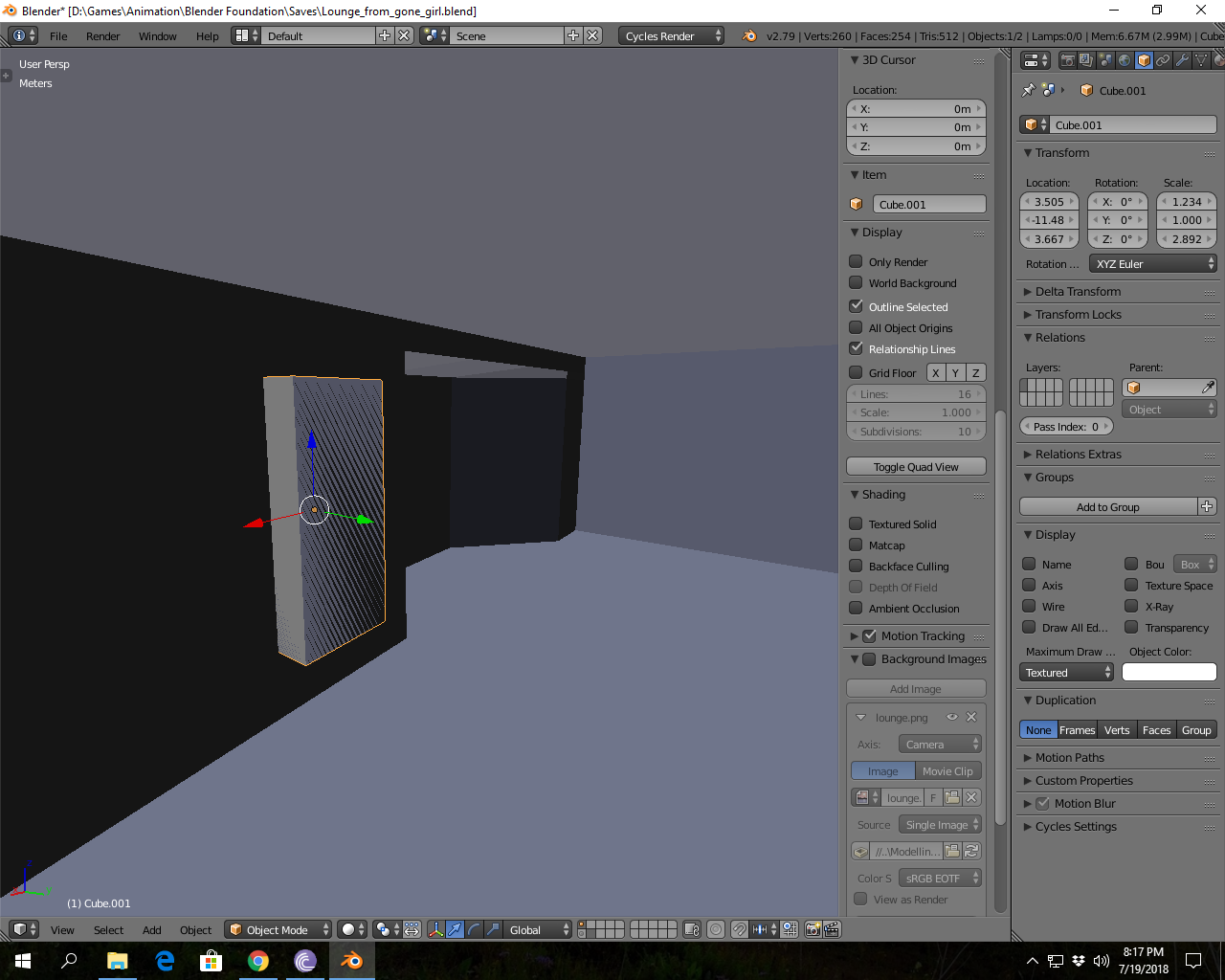 I moved the cube to another layer but it seemed that it did not go: 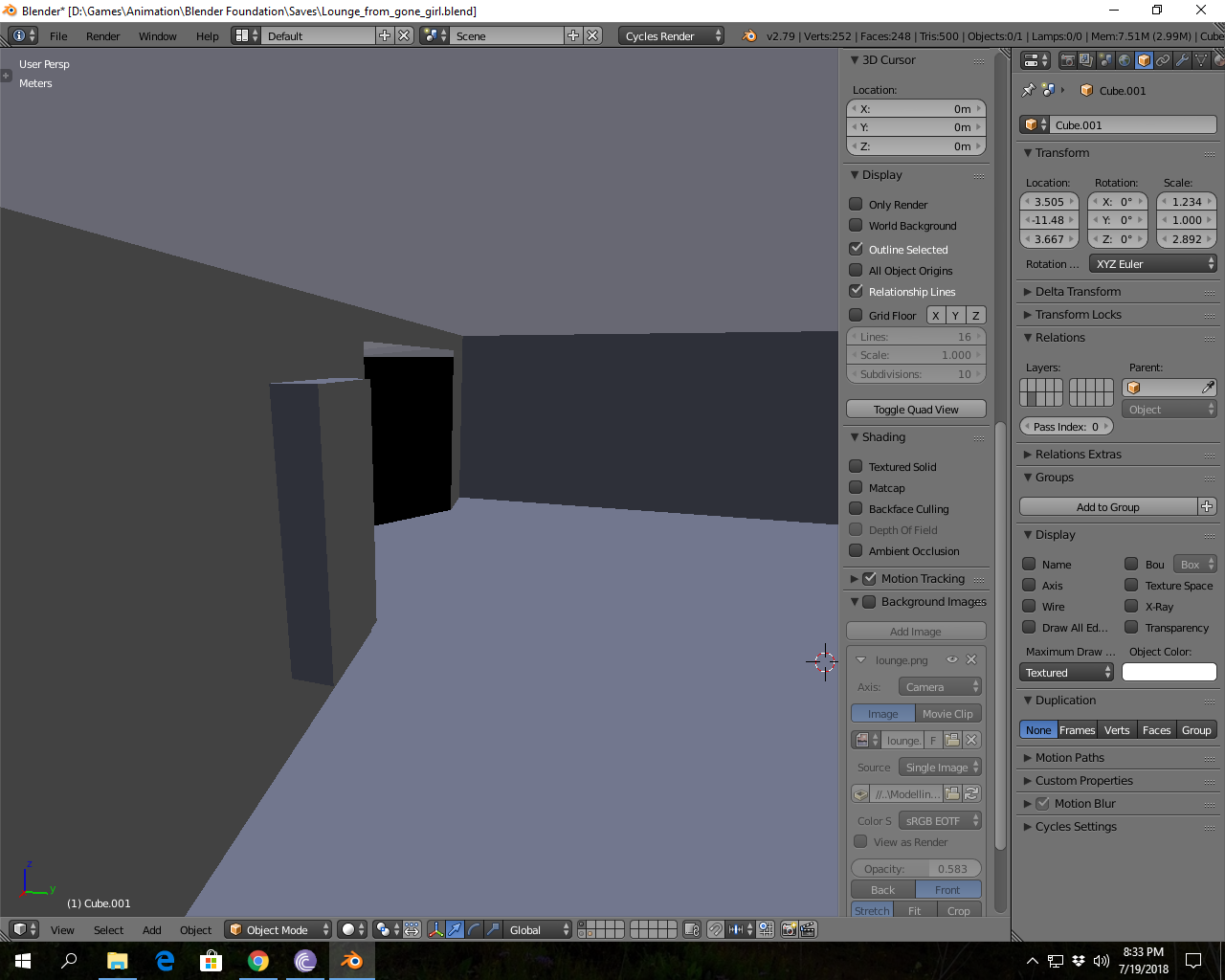 although the cube was on another layer: 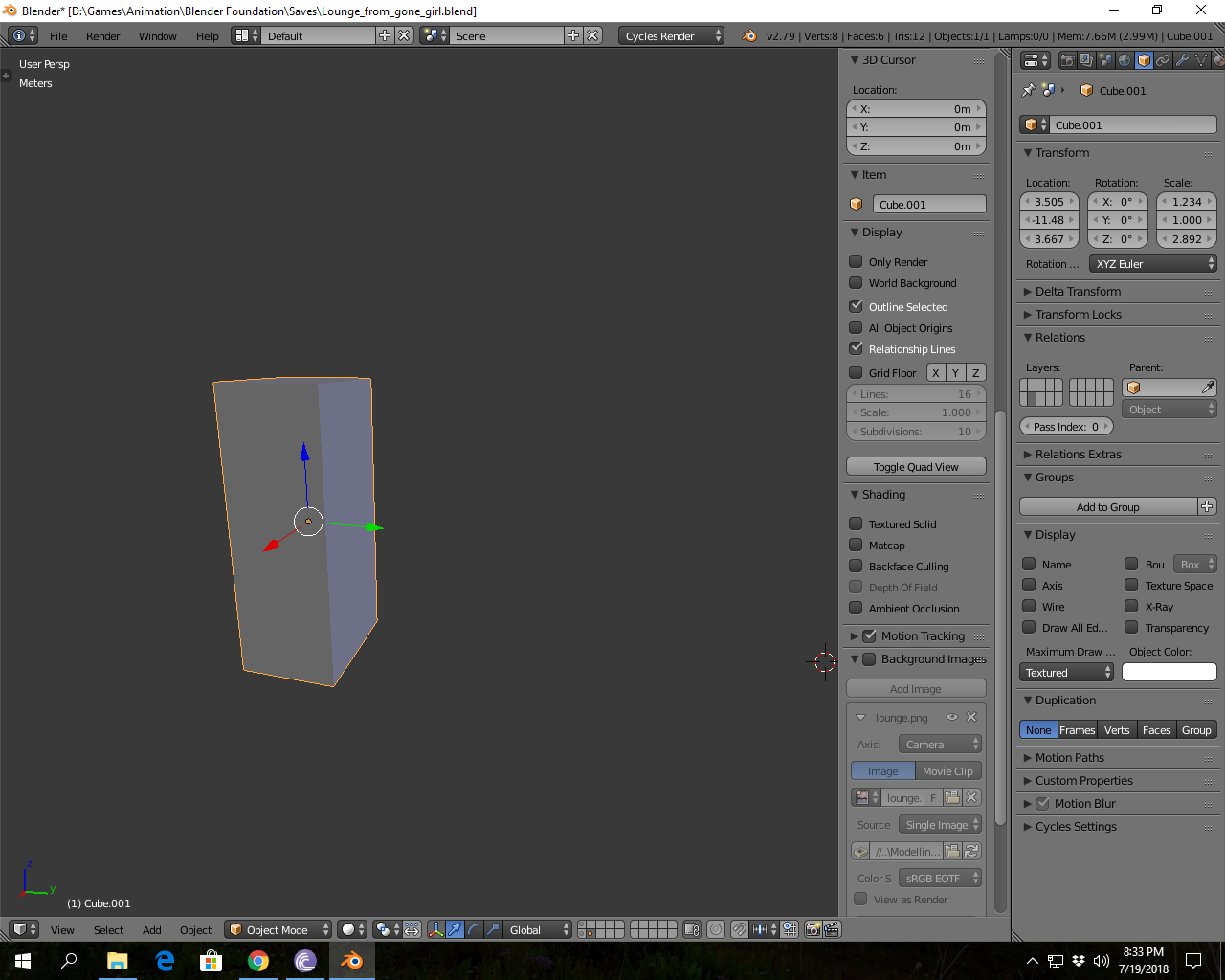 I went out of the room and there i found a hole but it wasn't cutting through the wall (P.S. I do not have a solidify modifier on the room)
It was like this: 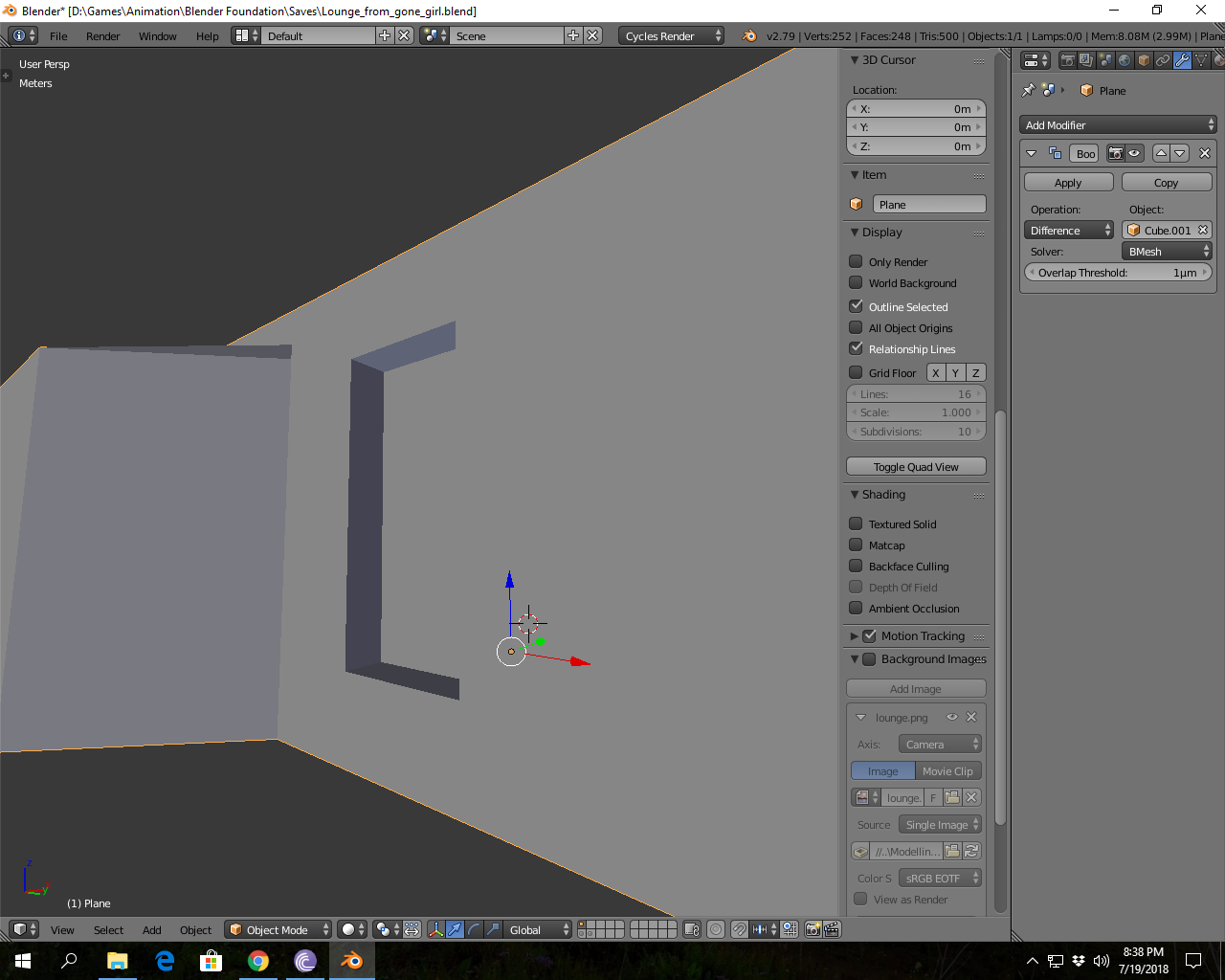 I investigated more and i found that the cuefdged theroomwith I really don"t know how to say it but here it is: 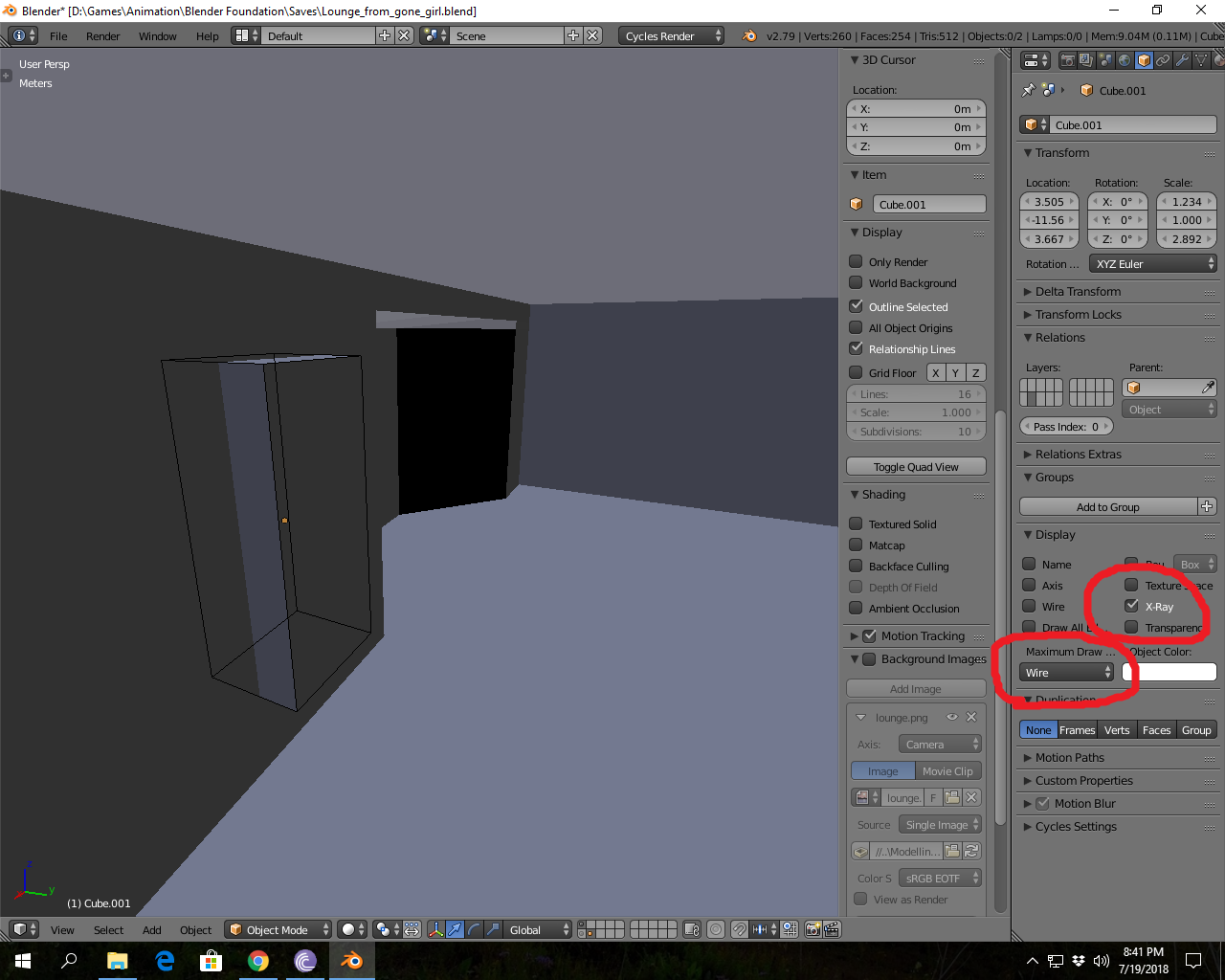 I have tried everything with the normals. Flipped them inside as well as outside. Recalculated them. Applied the scale. Nothing works.
Please help I'm stuck. This has never happened before.
I am also including the .blend file.

First issue - "Clipping" from your first image - viewport glittering of overlapping two coplanar faces. On that place is face of original cube and newly generated face in the wall by modifier.

Modifier takes cube only as a reference for operation, so you have to hide cube manually to see Boolean result (like you did it by moving into another layer, or you can uncheck visibility in Outlines Editor.

For the second issue - difference cube from outside, but not inside ... you need to set some thickness to the wall.

From blender view, you are like in a volume of the cube (room). You can noticed that by display face Normal orientation. They are faced to outside, that is outer side of object for blender. To get a hole by Boolean modifier you need also for interiér generate faces with normal faced into interier.

Simple way (but depends on your model) is to add Solidify modifier before Boolean operation.

The native Boolean modifier does a lot of mistakes and makes bad topology really often. I suggest you to get the "BoolTool" Addon (User preferences > Add-ons > BoolTool) and try with it by the menu Object > BoolTool Operator. (You can use the shortcut Ctrl+shift+B as well.

I always use this add-on for Boolean now and it looks to works better than the native one..