How can I create sets of orthogonal rings on a sphere that I can extrude inward?

I'm trying to make grooves on the surface of a sphere. I can make one set of grooves by making a UVSphere with many rings, and then extruding every third or fourth ring inward individually. However, I also need to extrude a set of rings that are orthogonal to those, like rotating the sphere 90 degrees and doing the same. I can't just do it that way because the UV sphere is made with segments instead of an orthogonal set of rings. If not a full solution, I am hoping at least for some ideas. I also have learned how to make a sphere out of only quads by turning a subdivided cube into a sphere, but then there are no rings to use.

I can't think of a topology that has the loops that you describe ready to work with. So, depending on your project needs, I would advice to try other ways of modeling your object.

For example you could take advantage of booleans in the exact way you described.

In the main object extrude inwards the edgeloops of a sphere, then duplicate and separate those faces in another object. 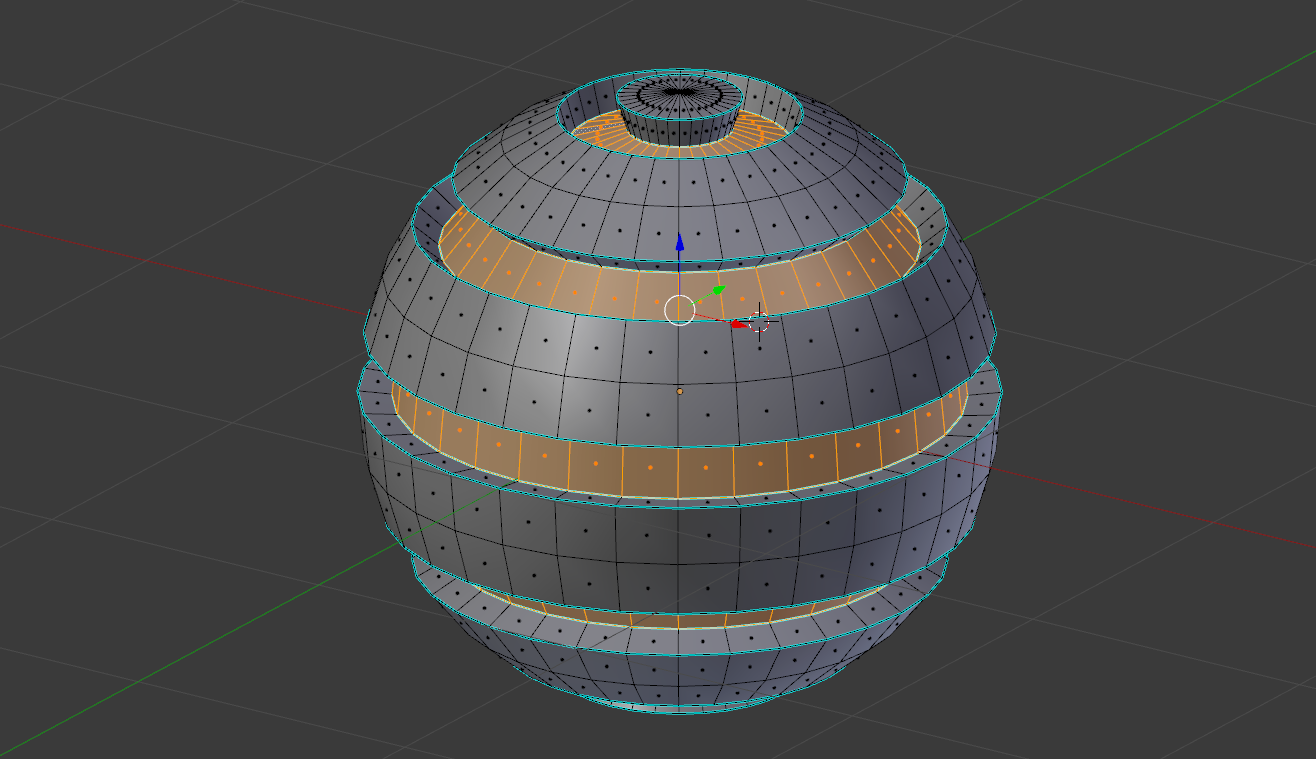 Rotate the object on the Y axis by 90°, re-extrude the faces to build a watertight mesh and use it as target for a Boolean modifier to carve the grooves in the other direction while maintaining a certain degree of felexibilty in the modeling 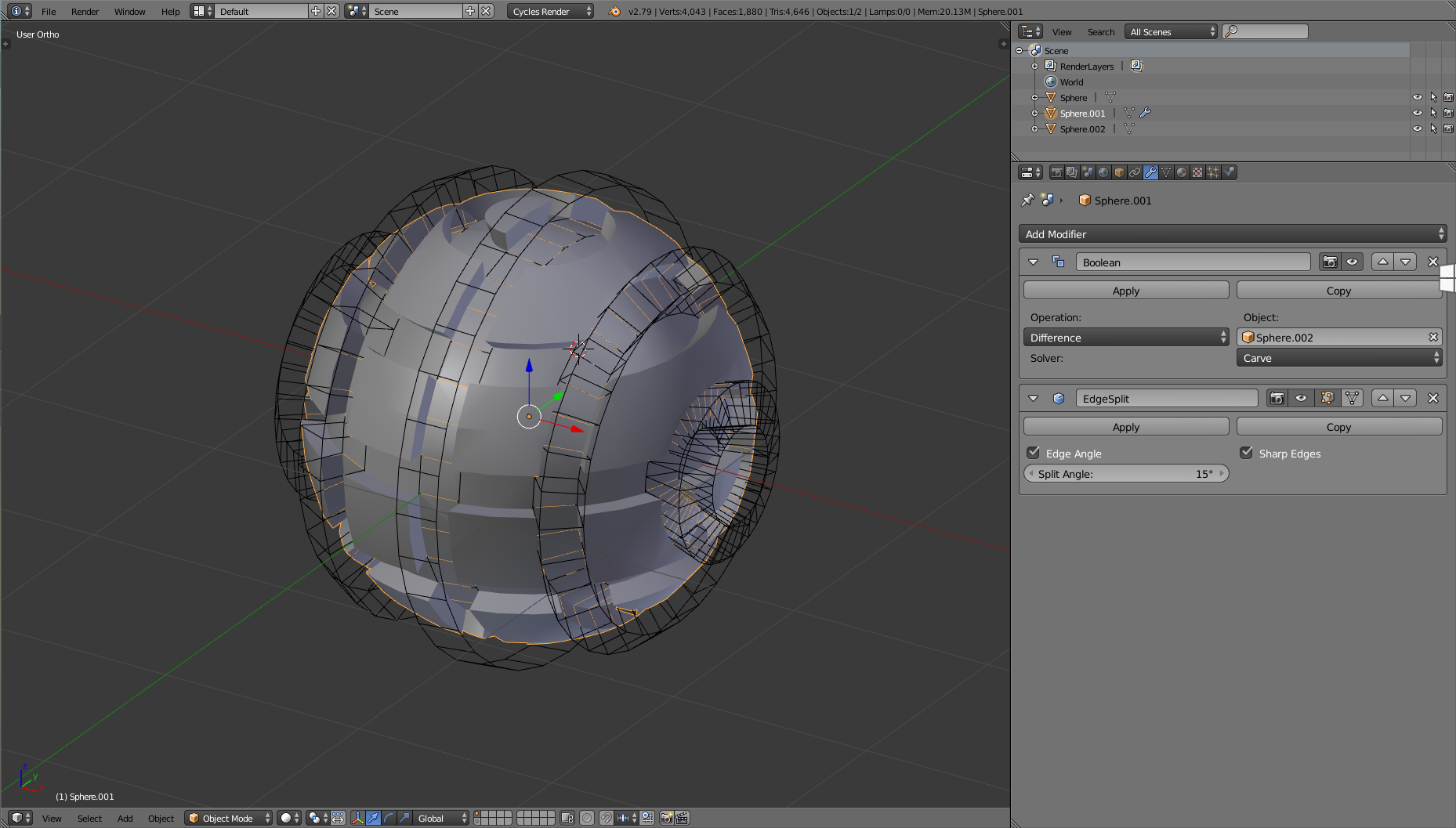 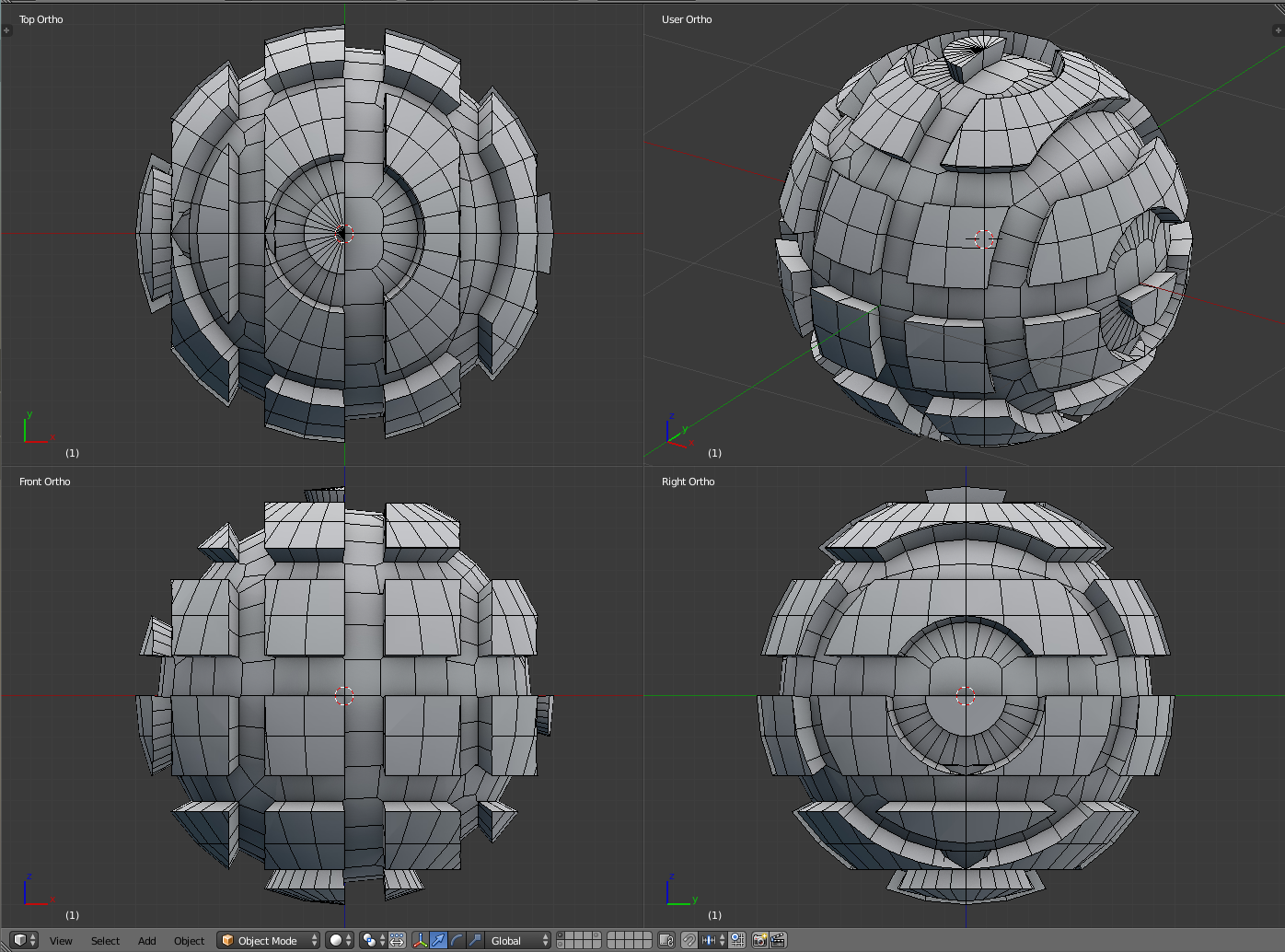 Not the answer you're looking for? Browse other questions tagged python mesh extrude or ask your own question.

6
How to extrude (revolve) 2D shapes axisymmetrically?
19
How to extrude inwards without leaving faces?
6
What is the fastest way to do a cut extrude / inward extrude?
2
How to extrude outwards?
6
how to create and extrude a bmesh face
3
Blender How can I extrude a cylinder outward
2
How to combine three non-orthogonal cylinders with sphere
0
Extrude inward, while preserving faces
3
How to Extrude so That Extruded Face Isn't Parallel