I'm a noob when it comes to using particle systems to create grass, so I've been trying to improve those skills. However, on my latest test render...something rather strange has appeared. Or rather, two of the very same strange somethings... 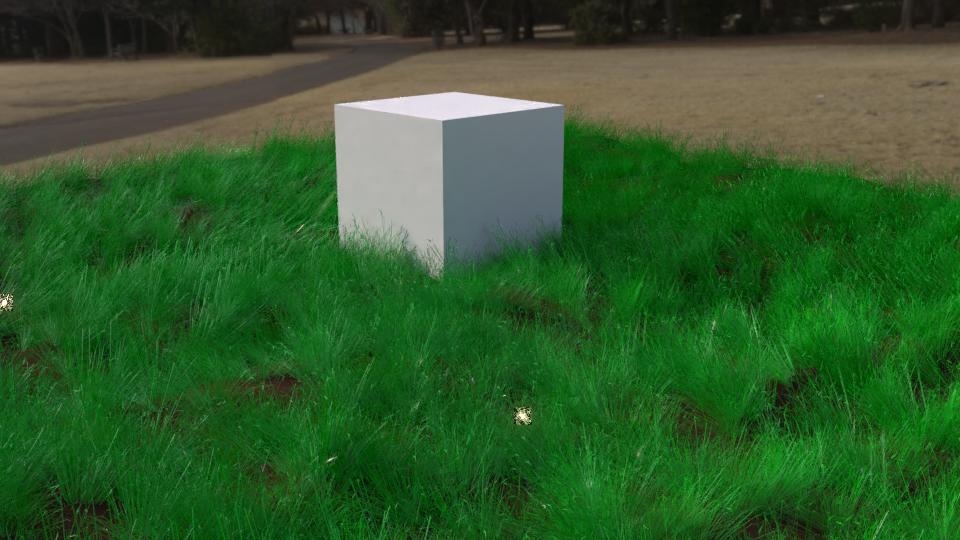 As you no doubt see, there are two-ish black and whitish-yellow squares of speckledinest that have randomly appeared on the render. I have not the least idea of from whence they came, as they do not even match the tile size that I used. I am using 128 samples and a denoiser. The grass is using the Principled BSDF node.

Could somebody please give an explanation of where these came from?

20
How to properly denoise renderings?